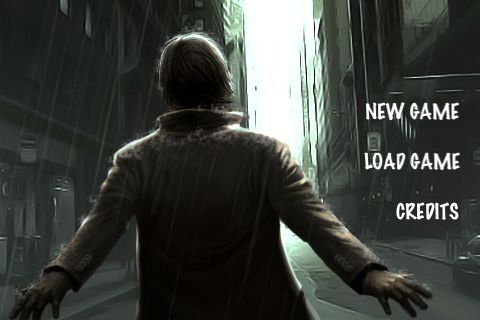 With the obvious way in which the iPhone lends itself to the point and click genre, it is a wonder that it’s a genre yet to be fully exerimented with. That is until 1112 came to be, a single-player point and click game that immerses the player from the moment you press ‘NEW GAME’. Even the menu screen adds atmosphere with the pitter-patter of the rainy backdrop. Furthermore as soon as the game starts, you are dropped (quite literally as your character, Louis Everett, plummets through the air) into a freaky nightmare. Immediately, you come to realise that something is not right, and that you are in for a lot of twists and turns. 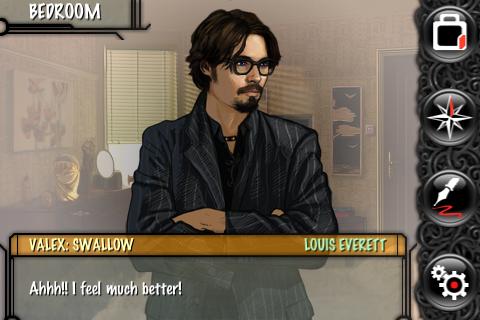 The artwork is spectacular, and really suits the mysterious nature of the game. The music plays in a loop in the background although varies from place to place, some may find this continuous loop annoying, but you can’t deny it helps to build the atmosphere, and alongside the art-style gives the game real character. The characters are believable, if a little exaggerated, and small touches like what the characters do in the background while you look around, add to the authenticity. The story really is the strong point of this game, as with any decent point and click game, and the developers really deserve a pat on the back for the engaging plot, which to avoid spoiling any future players enjoyment, I will say nothing about. 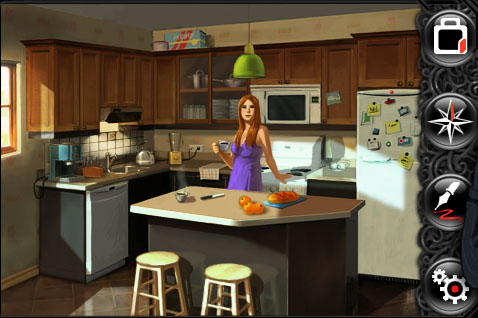 The simple point and click system is fairly easy to pick up, and if it doesn’t come as instinct or you need a little help navigating certain menus, a helpful ‘HOW TO PLAY’ is only as far as the main menu. However, one of the problems I had with this game was the actual pointing and clicking. Frustratingly, the touch screen controls were sometimes unresponsive and with the vast array of interactive objects inhabiting each room, I found I was often pointing to one feature of the room, but the game was clicking another. Fortunately, the isn’t a catastrophic pitfall for the game due to the zoom system intergrated into 1112, it just means if you want to be accurate, you will need to zoom in to each object everytime. 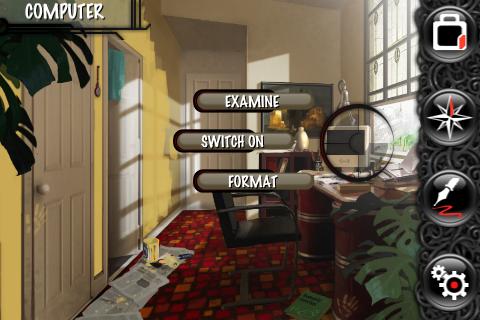 In conclusion, 1112 displays an intricate art-style, and tension building music, which comliment the theme and content of the game. The engaging storyline should to have you hooked once you are in it’s grasp, right up until you reach the end. At which point of course you can purchase Episode 2, which is available now. Bear in mind though, that those used to rapid, action-packed titles may find this game a little slow, due to it’s point and click nature, so it’s not for everyone, and is all down to personal preference.

Cons
-Awkward touch screen controls
-Slow paced
-Not for everyone