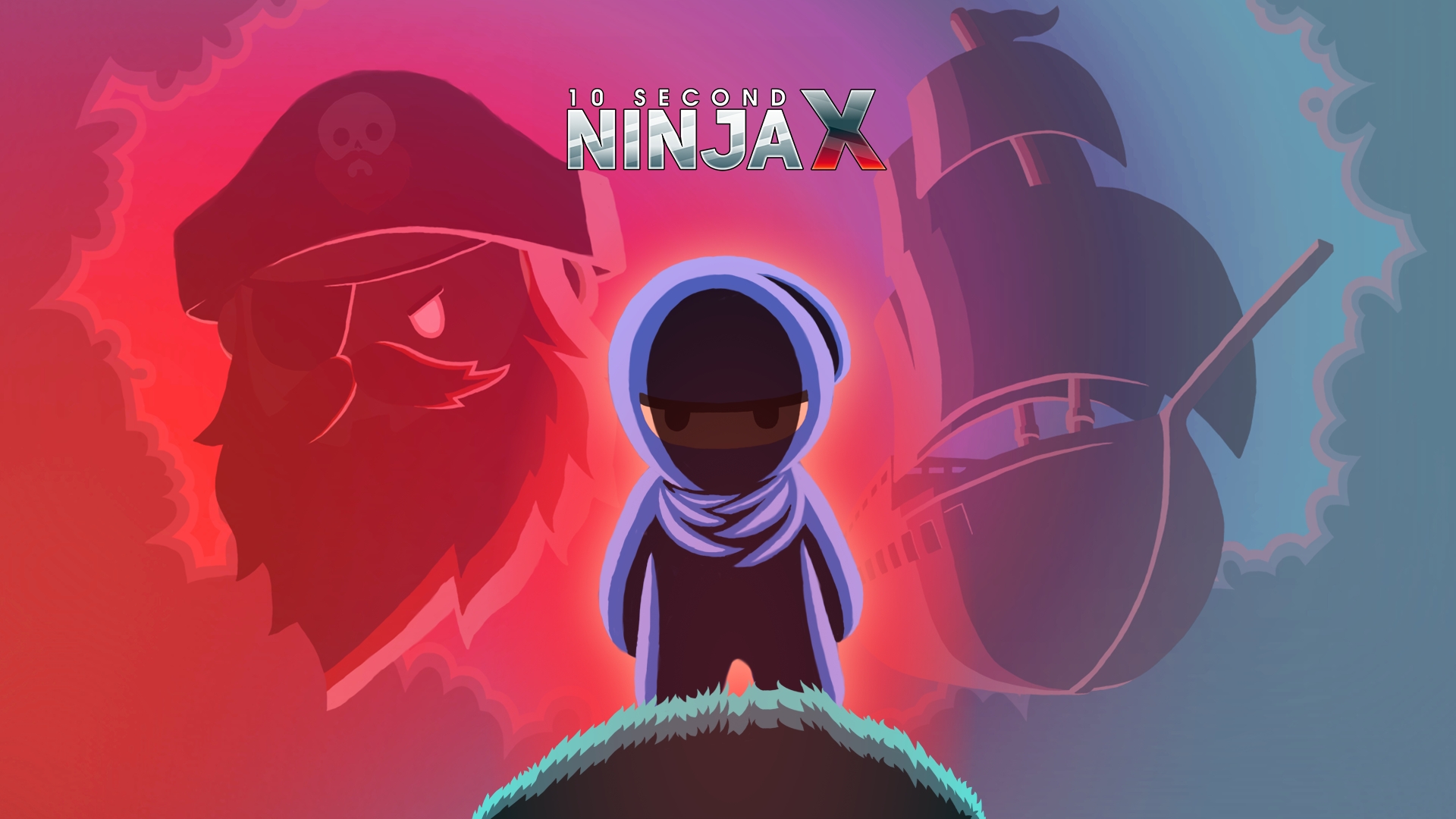 Following up on their successful launch of 10 Second Ninja, Four Circle Interactive has returned with a number of new stages, a release on multiple platforms, and a new enemy for the blue ninja to face off against. With only ten seconds to tackle each stage, is 10 Second Ninja X worth your time?

While the blue ninja who is never given a name, outside of being called the Guardian of the Forest, is resting in the middle of said forest, the evil pirate Captain Greatbeard has descended in his flying ship and kidnapped all of the woodland creatures that the ninja was so fond of. The problem is, the only way to save these creatures is to face off against Greatbeard’s challenges as he has placed the creatures inside of robots that the ninja must destroy in a large collection of stages. 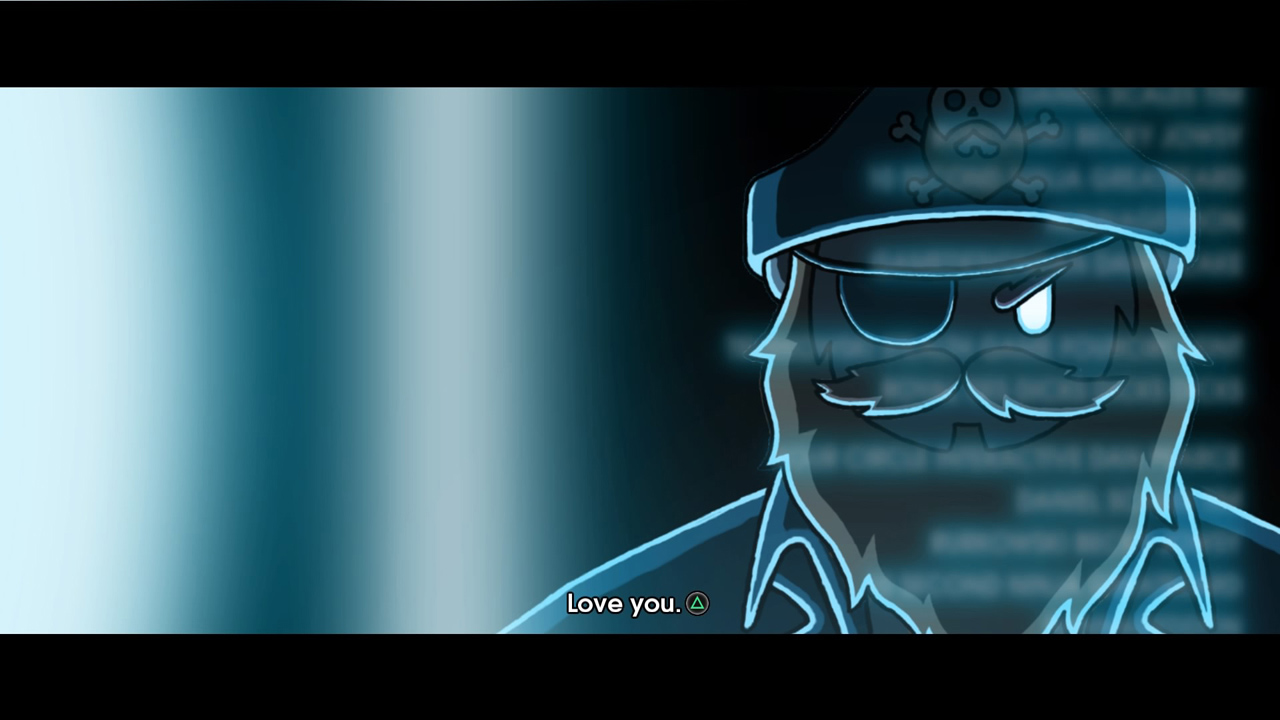 10 Second Ninja X sets itself up with a fairly simple premise and while the story really doesn’t go anywhere special, it has enough witty comedy mixed in, a few little quirky moments, and special easter eggs for players to find that help give the story a little extra kick outside of simply setting up the premise.

The core concept of 10 Second Ninja X is as simple as the name sounds. Players will be placed into a stage where they must eliminate every robot in the stage in ten seconds or less. They are given the ninja’s trusted blade, three shurikens, and a double jump ability to start out with and while this may sound simple it is far from easy. This is because while it may sound simple, executing these tasks will require failing over and over again in an effort to learn how each stage can be completed as quickly as possible. 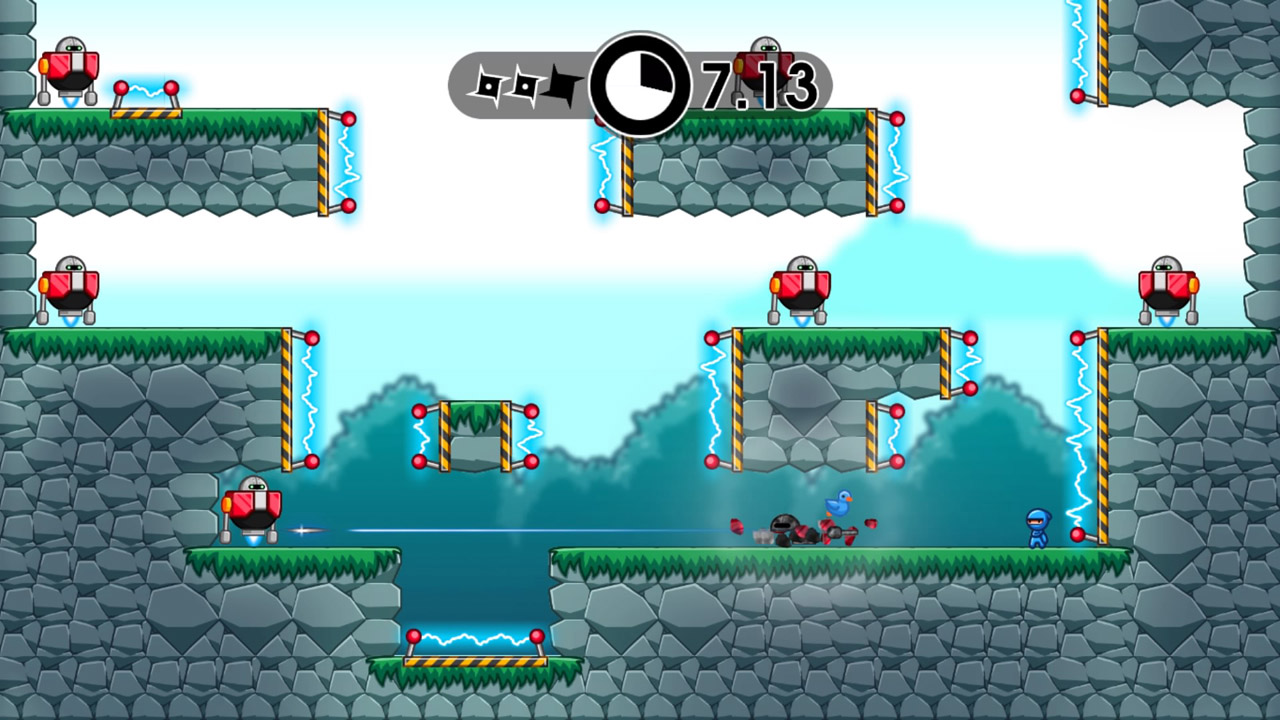 Thanks to the incredibly tight control mechanics, players will be able to easily control the movements of the ninja while trying to time their double jumps correctly to avoid instant death electrocutions and placing themselves in the perfect position to take down a line of enemies with a shuriken. If things aren’t going your way, players can instantly tap a button to restart a level and this is a real nice touch since this action game is more like a puzzle game in many aspects.

I say this because players will need to learn from their mistakes and change how they handle the stages in order to succeed with the fastest time. This means that practice makes perfect and considering that players must complete stages as fast as possible in order to earn the most stars possible, in order to unlock more levels, this is required to progress in the game. You see, simply completing a stage might give you one star but with each stage offering three stars in total and further levels locked behind star requirements, players are encouraged to go back and try levels until they master them and thanks to the short time frame here, these frustrating but short experiences are still worthwhile. 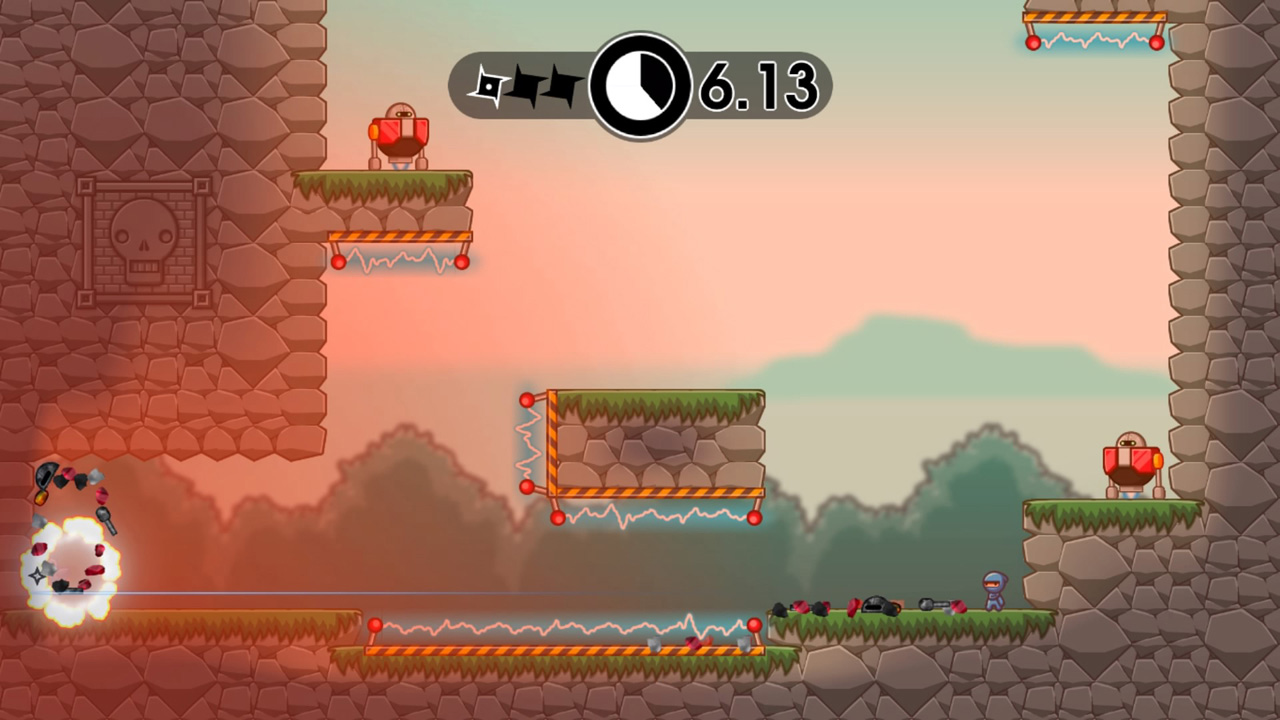 That being said, this is also a game that does not scale in any way to the player’s initial abilities. While it is possible to unlock the second set of stages without really putting much effort into the game, even the first set of stages throw players into the deep end requiring blisteringly fast times in order to earn the three star rating. This means that newcomers will likely be put off by the steep difficulty curve that the game employs right at the start.

For everyone else, the game gradually ramps up the difficulty of levels as players make it further into the game, eventually adding various switches and similar puzzle elements to stages that players will need to quickly activate in order to open up/close/lift platforms to reach their goal. Even the enemies slowly begin to throw different challenges at the player since, at the start, every foe can be defeated with a slash from the sword or one shuriken toss but eventually they will gain shields that require two hits to defeat or even energy shields that will kill the ninja if they cut them. 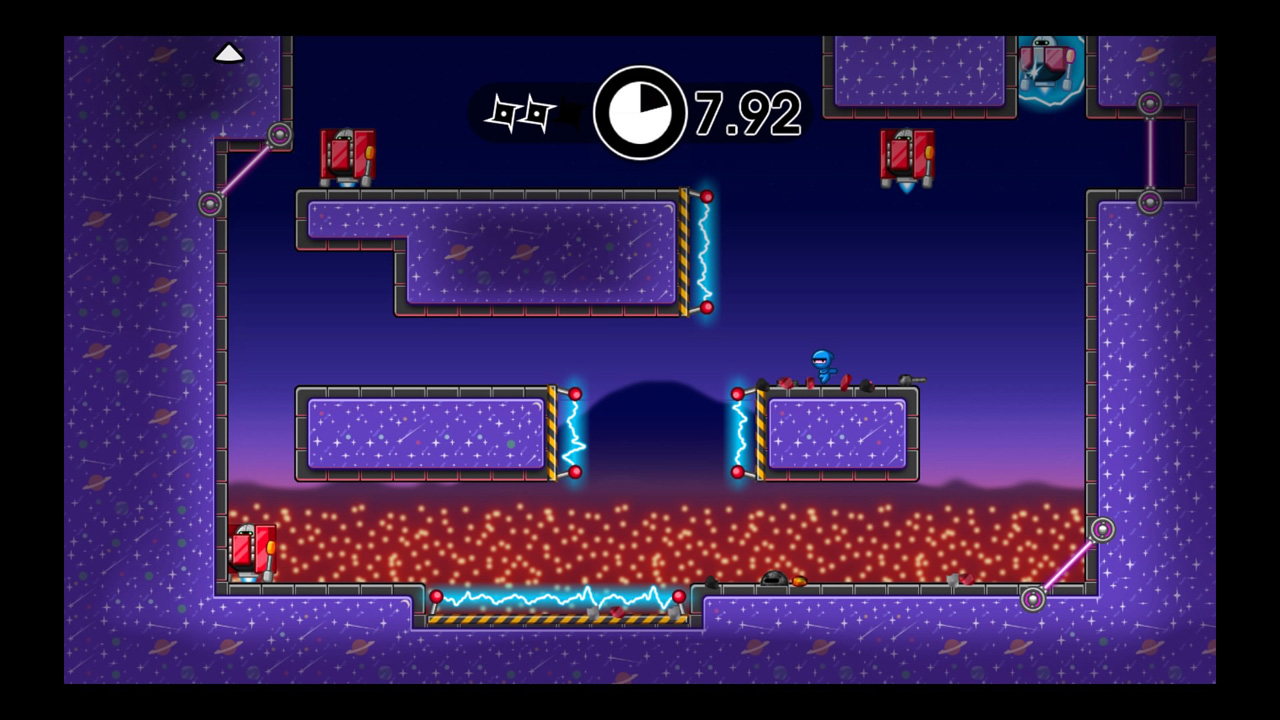 For especially gifted players 10 Second Ninja X offers leaderboards showing off the fastest times and if you manage to collection a hundred and twenty stars in total, you can access a large number of legacy levels taken directly from the original game but revamped to fit in with this newer game’s art style. As such, while the punishment that the game dishes out can be quite high, there are rewards for pushing past the frustration.

This game features a simple art style that is bright and colorful which works well considering the game’s cartoonish nature. The various stages are varied and well-designed enough that players will rarely find themselves feeling bored with the areas on hand. The title features no voice work outside of small indistinguishable noises when a character talks and as far as the soundtrack is concerned, players will find a fairly standard set of background music that goes well with the fast paced action of the game but nothing really special.

10 Second Ninja X makes for an addictive bite-sized action platformer that doubles as something of a puzzle game as players will need to fail constantly in order to learn the patterns and best route to take to finish a level as fast as possible to ensure that they can continue on. If you manage to master the gameplay you’ll find that the ten second time limits do result in a game that can be rather short, but even with this fault this is the type of punishing platformer that will see players returning in an effort to one up their previous attempts.

Though newcomers may find themselves daunted by the initial difficulty, those willing to take the challenge that 10 Second Ninja X offers will find themselves quite satisfied by this tight fast paced action game.
8