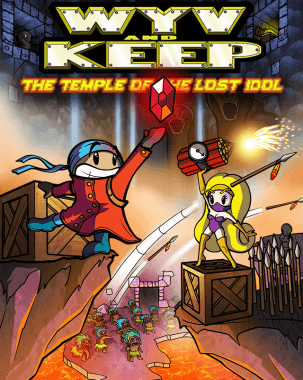 Wyv and Keep is a retro themed co-op puzzle platformer that is sure to generate plenty of nostalgic feelings of the SNES glory days. Players will need to work as a team to successfully navigate the treacherous route to the treasure inside the pygmy temple, filled with snakes, poison darts, piranha filled waters, and more.

Wyv and Keep is a comedy, thanks to snappy writing and extremely accessible humour. Wyv is the bumbling and immature idiot while Keep takes on the role of the foil. Where Wyv is childish and stupid, Keep is thoughtful and mature, while extremely tolerant of Wyv’s antics. The developers are even willing to poke fun at themselves, as Wyv and Keep observe that the design decision to create red and green buttons makes the game difficult for those with the common red/green colour blindness.  Although there is not much in character development or plot, A Jolly Corpse compensates with a great sense of humour. 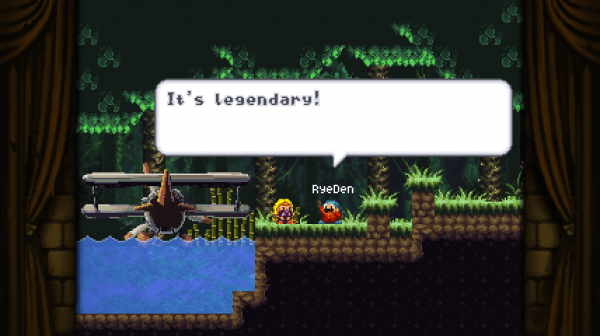 Wyv and Keep is a 2d puzzle platformer. The game is best enjoyed as a co-op game, whether locally with two players sharing a single monitor or online. It is possible to play alone, controlling Wyv with the arrow keys and Keep with WASD, but I frankly found the game very difficult when played alone. Some puzzles need a certain level of coordination and speed between Wyv and Keep, and personally I am just not that skilled.

The controls are extremely simple and can be played with just the arrow keys. For those who wish to have their jump and use keys bound elsewhere, there is the option of using control and space as alternative buttons. Like any control scheme, Wyv and Keep’s controls do not bring any attention upon itself, it just works. They are extremely receptive to the player’s input, simple, and utilitarian. 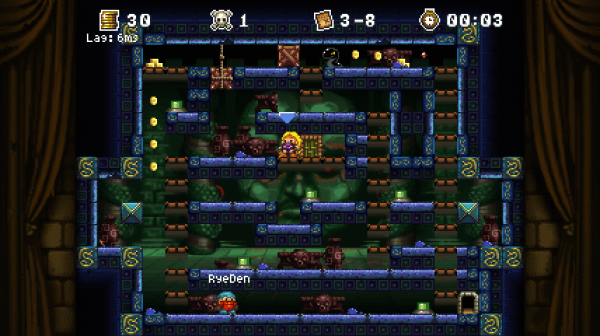 Gameply wise, Wyv and Keep are exactly the same. They share the same set of abilities, so no special attention needs to be paid when solving puzzles in that regard. Players will need to push crates, use dynamite destroy things, avoid hostile locals, and maneuver around traps. Wyv and Keep are also able to hold great weights above their head, including each other, allowing extra flexibility in puzzle solving.

The puzzles in Wyv and Keep start from the extremely simple and quickly rise into devious levels of challenge. Although the game provides a basic tutorial through a string of journal entries left by a previous explorer, the players are soon left to their own devices to devise ways of opening the door in each level. These puzzles are tests of logic, creative thinking, agility, and timing, which makes it extremely challenging to play alone.  Scores are given based on the time it took to complete the puzzles, how much treasure was collected, and how many deaths/retries it took to complete the level. Dying is not the only trouble during the trial and error portion of puzzle solving, as the level may need to be restarted due to accidentally moving an object into the wrong slot, making the level impossible to complete without a restart. 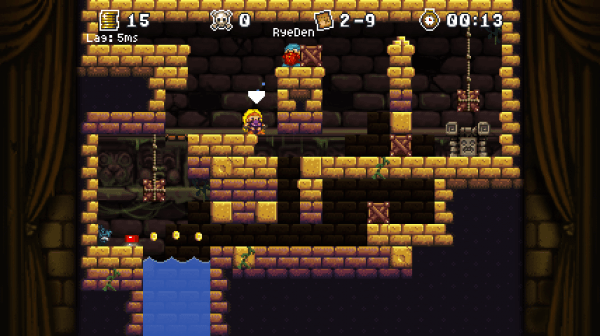 There are forty levels to complete in Wyv and Keep, which will take ten to twenty  hours to complete. In addition, Wyv’s Cartographer allows players to create and share news levels. The creation tools are easy to use, but could benefit from a proper tutorial or guide. Unfortunately, there is no centralized space for sharing levels. Another minor gripe is that there is no way to play levels in the main game, custom levels are played within the editor and I haven’t quite figured out a way to go back to editing mode after a level is completed.

Getting into a multiplayer game is a painless matter. Upon selecting the multiplayer mode, the player is brought to a lobby where they can chat and find players to play with. To start a game, the player clicks on their desired partner, selects to play either Wyv or Keep, choose the level they want to start and begin to play. Unfortunately, there is no voice chat in Wyv and Keep, so unless the player can use some sort of third party VoIP software, communication is done with text chat and flags that can be planted into the ground. 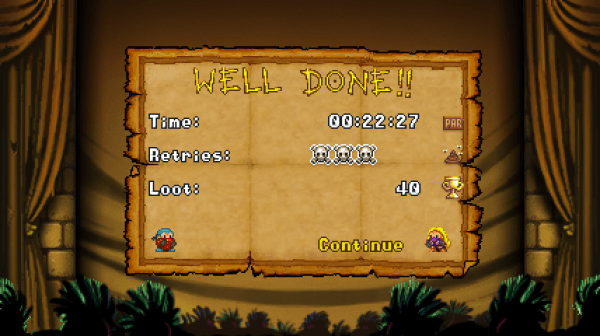 Wyv and Keep features 16 bit graphics, with an anime twist. The characters themselves express their emotions in the traditional Japanese style, complete with exaggerated sweat droplets and carets for eyes (the ^ symbol). The levels are colourful, well themed, and the gameplay elements are distinctive. The UI design fits well with the retro theme.

One of Wyv and Keep’s best features is its audio. It is full of retro sound effects and an wonderful twenty track soundtrack by Luke Thomas. The soundtrack draws inspiration from the game’s New World setting, with lots of pan pipes and drums. Some of the tracks evoked memories of Prehistory era of Chrono Trigger, which is always a great feeling for a retro styled game. 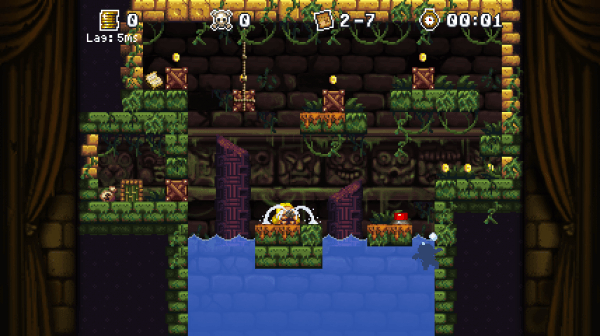 Although it is possible to play alone, Wyv and Keep is best enjoyed with friends. Wyv and Keep is a must purchase game for those who love co-op. The puzzles are challenging, the writing is witty, and the game is sure to provide hours of entertainment thanks to the ability to create and download user made levels.