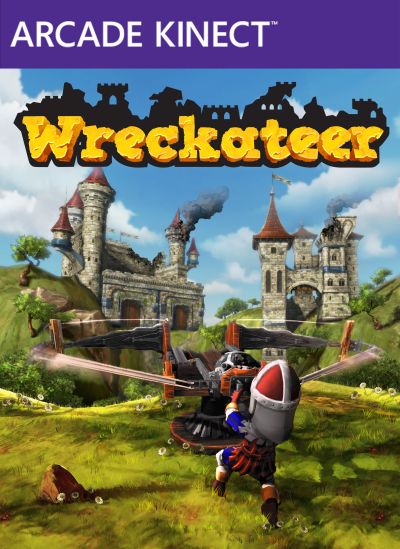 Overview:
Using a slingshot or a catapult to destroy a castle, fortress or any other number of structure is nothing new. In fact the concept of creating a game out of these simple mechanics has been around since the ‘90s and probably even before that. However in recent years a certain game with furious fowls has popularized the concept and has become something that nearly everyone you talk to has heard about.

However what happens when you take the capabilities of a home console and Microsoft’s special motion control peripheral, the Kinect, and create a game involving a ballista and things to destroy? Well you get Iron Galaxy’s Wreckateer is what. Does this combination of motion control and destruction create an enthralling experience or another Kinect mishap?

Story:
In what appears to be the middle ages, two guys named Wreck and Tinker happen to be the kingdom’s wrecking crew. These two guys have been tasked with building ballistas and then using them to literally destroy various castles and buildings around the kingdom. It seems that it may take more than two guys to destroy things however, as these two have taken in a new apprentice to help them with their wrecking and this apprentice happens to be you. 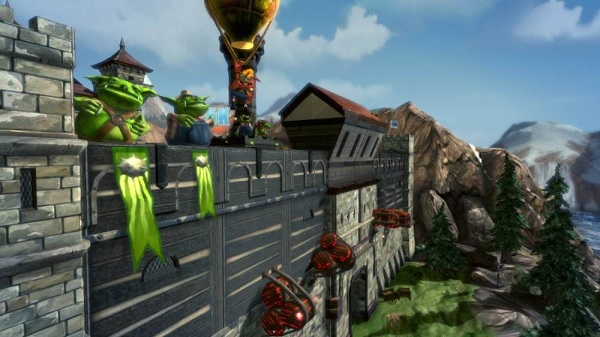 No sooner do you become their apprentice wrecker than a massive goblin invasion has occurred. Now these goblins have settled down in castles, forts, holds towers, bridges and other things all over the kingdom and the only way to rid these buildings of their goblin infestations is to completely wreck them until there is practically nothing left besides the foundation. Ultimately the storyline is pretty much just there to create a reason for buildings to be destroyed by a ballista and little else.

Visuals & Audio:
Wreckateer is a neat little title that features some nice stylized visuals that are a bit cartoonish in nature. Players will be spending their time in the game as their own Avatar while the rest of the characters seen are also cartoonish in nature, especially the goblins you will be shooting at which sometimes even wear things like bunny ears.  The structures and the environments are well varied and keep things fresh and interesting. 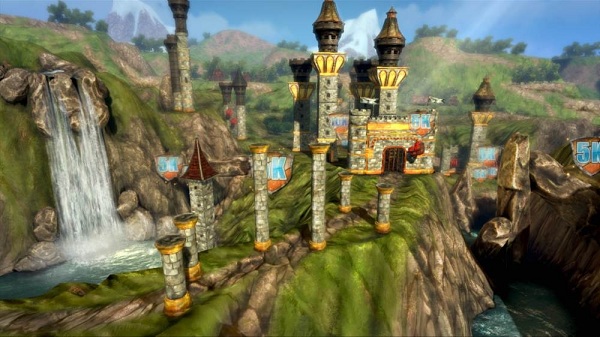 As for the game’s background music and sound effects, they are suitable at best although the background music is nothing noteworthy. Although a bit sparse, the Wreckateer’s voice acting is fitting considering the title’s setting which makes it also suitable and even a little bit funny at the same time.

Gameplay:
To play Wreckateer players will only be able to use the Kinect, which actually turns out to be quite responsive and accurate with its readings. Players will make their way through a moderately large amount of levels, each one requiring the player to at least earn a Bronze medal or better with a certain number of shots. 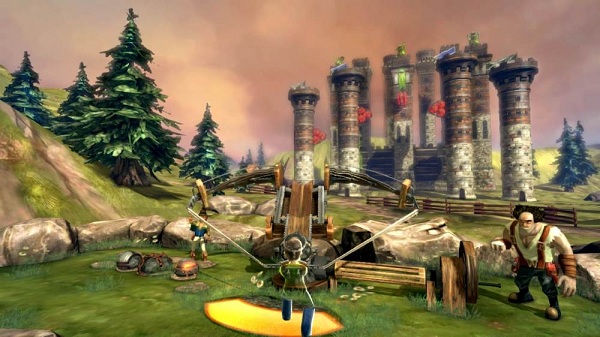 Players gain points by destroying various buildings, hitting special shields or performing special actions during a shot and these points can then be multiplied by how much of a level has been destroyed. This also means that those aiming for high scores may want to aim for high destruction and low point value targets early, to ensure that later shots take advantage of the increased multiplier, offering players a chance to compete against their friends and even beat Wreck Wreckington’s score.  Any misfired shots can be retried with a mulligan by raising your left arm, or even restarting the level with your right arm. This means that many perfectionist players can continually strive for Gold medals and retry levels until they manage to obtain one.

Now to play Wreckateer players need to simply step forward towards the ballista and move their hands forward as if they were grabbing the drawstring. Aiming is simply performed by moving left or right and raising your arms up and down while players can adjust the distance of their shots by moving backwards to draw the strings as taught as required. Then players will need to simply move their arms out to the sides to fire. Thankfully, as mentioned earlier, this all works wonderfully well thanks to the Kinect’s accurate motion tracking. 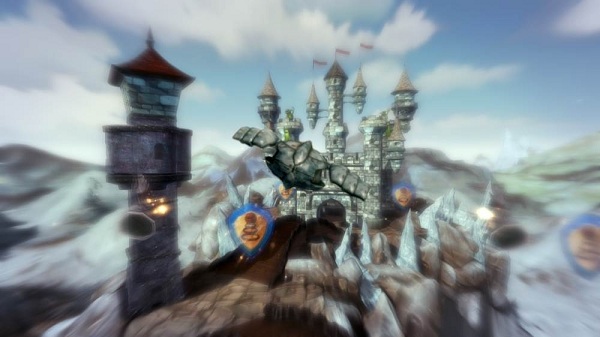 Now once a shot is fired there are various methods of control depending on what type of shot it is. Nearly all shots will allow the player to slightly adjust the path of the boulder with their “magic gauntlets.” It is worth noting that there are a number of different variations however, such as an explosive shot which will detonate when you raise both arms straight up, a split shot that separates into four smaller boulders that stay between your two gauntlets, allowing for some spectacularly widespread damage and the flying shot which allows the player to take full control over the shot, steering the shot by pretty much pretending to be an airplane.

There are six different shot types within Wreckateer and each one of them is well thought out, although nearly all of them contain a striking resemblance to other games of the genre. Out of all of these shots however, the flying shot is perhaps the most enjoyable to use simply due to the amount of control one is able to have over the shot’s flight path and more.

Overall:
Despite the Kinect having a very rough time with games lately, it seems that Wreckateer may just make you dust off that sensor and make use of it once again. With accurate motion tracking, fun gameplay and sixty levels to advance through and try to beat out their friends’ scores, Wreckateer offers what may be the most enjoyable Kinect experience in the past six months.