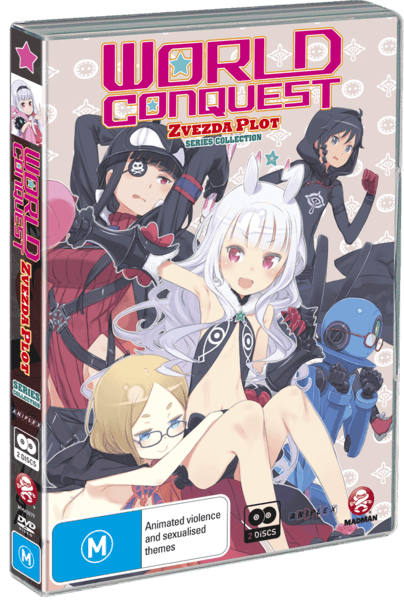 Kate Hoshimiya is a young child who has always dreamed of conquering the world. She is the leader of the Zvezda organisation, known to her underlings as Lady Venera. World domination has never before been achieved in history, but to Kate, it is inevitable that she will accomplish this goal. By chance, middle school student Asuta Jimon meets Kate after he runs away from home. He is given the option to either starve to death or to join her cause. Asuta chooses to accept Kate’s offer of food and slowly becomes accustomed to his new life as Dva, a member of Zvezda. 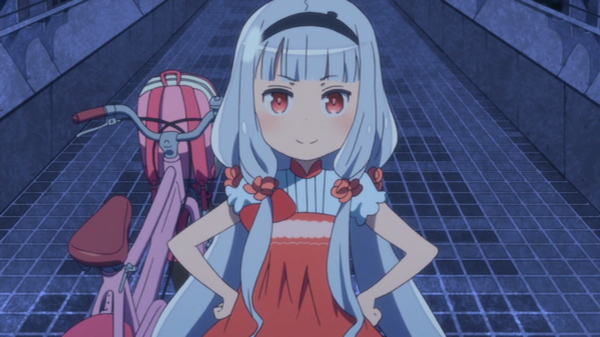 Kate is not always portrayed as a serious leader of the organisation that is intent on achieving world domination. Being a child, she is prone to relying on her instinct and frequently falling asleep. Her childlike nature is also exemplified by the way in which she shares her snack with Asuta in the first episode. Asuta’s reasons for running away reveal a lot about his past, and it is revealed that the majority of the main members of Zvezda have gone through something awful in their lives. It is during the recounts of those moments that it is possible to forge an emotional attachment to the characters who seemingly appear out of thin air on a frequent basis. This is even in spite of the fact that many characters are familiar archetypes; Lady Plamya is a tsundere archetype who wears an eye patch, Roboko is shy when in her ‘middle school girl mode’ and Yasu attempts to be a ‘cool’ bishounen. General Pepel is not archetypal, however, and the flashbacks from his past prove that he is not just a person who randomly shows up with a plate of cake but rather a well-rounded character. Professor Um is also an unusual character with an even more interesting past; she used to be completely isolated from the outside world but is a very kind-hearted person. What connects all of their lives is Kate. She showed them kindness in their moments of need, and that is where their devotion to her stems from. Anime series feature all kinds of friendships, and this series portrays the importance of friendship in a surprisingly thoughtful manner. 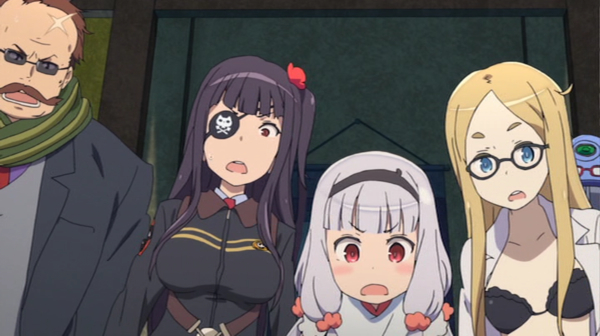 The theme of running away from home is downplayed for a significant portion of the series. Asuta reluctantly participates in Zvezda missions, but he does not miss living at home with his father. This and many other plot details are eventually explained towards the end of the series, and they are always explored poignantly. It is at these moments that the series can be taken seriously, even if for only a few brief moments. It is virtually impossible to take anything seriously the rest of the time. Just about everything has to be some kind of joke or parody of something. For example, a scene involving tentacle molestation is transformed from disturbing to downright ridiculous when a tentacle monster picks up Dva as well as White Robin, a member of Zvezda’s mysterious enemy organisation White Light. This is not quite the right series to be watching if you want to see the idea of running away from home explored realistically.

Randomness is abundant in every episode. To name just one example, there is a large group of monkeys bathing in a hot spring together with humans in one episode. How these monkeys got through the entrance and into a hot spring is anyone’s guess, but they are there and three of them even end up in a van. Matters can also get a little confusing at times with the constant shifting of alliances. Asuta is easily persuaded into joining Zvezda, but others are not so easily coerced into joining. Members of White Light, the mysterious organisation that represents justice, whatever justice may be for each individual, switch sides on more than one occasion. Few series can throw in as many plot twists as this one does and manage to get away with it. Few Japanese series dedicate an entire episode to the harmful effects of smoking cigarettes either, and this one takes the phrase ‘if it’s worth doing, it’s worth overdoing’ as a challenge. It portrays cigarette smokers as non-human on more than one occasion, and in a rare move for Japanese media, Asuta discusses reasons why public smoking is bad for everyone’s health during Yasu’s bishounen fantasy sequence at the end of one episode. 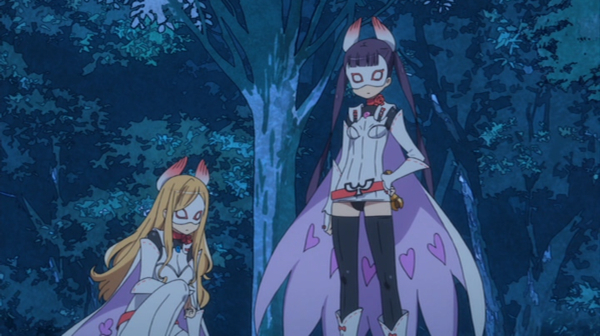 The visuals are colourful and A-1 Pictures’ animation is consistently high quality. The action sequences are fluid and well-detailed. There are many visual gags, all of which are intended to be quite obvious. The aforementioned monkeys are one such example of this. Character designs are a mixed bag, however. Asuta’s design is stock standard for a male lead in a comedy series, but the outfits of each of the characters are quite imaginative and help to make each character unique and easily distinguishable. Unfortunately, there are some perverted scenes throughout the 12 episodes of the television season. The shower scenes and bath scenes are clean for the most part, but Kate’s body is sexualised during a scene in which Asuta is carefully avoiding looking at her naked body when they end up in the same hot spring together. The aforementioned tentacle molestation scene is also uncomfortable despite going out of its way to be ridiculous and to make sure that the viewers know that it is, but the series is at its most disturbing when Professor Um is naked and restrained with chains when she is kidnapped by White Light. Sexual objectification is perpetually present in this series. 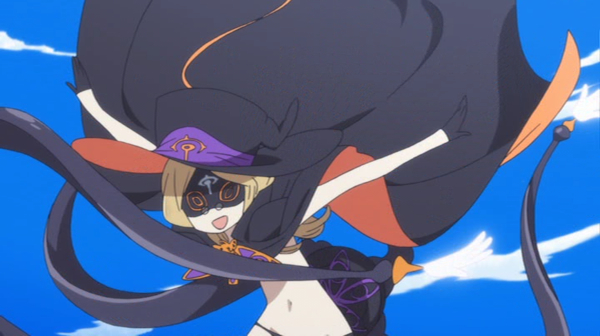 Tatsuya Kato’s light orchestral music adds to the surreal feel that is present right from the beginning of the series, and it draws attention to the fact that everything going on in Asuta’s life is perfectly ordinary for members of the Zvezda organisation. Kato’s music also does an excellent job at evoking a sense of anxiety, a theme that becomes more and more prominent as the series progresses. Both the opening theme song and ending theme song are significantly better than the usual pop songs featured in anime series. Even when things are getting dire for the ‘protagonists’, the songs never feel out of place at the beginning or end of the episodes and are a lot of fun to listen to. The voice acting is great as well, although there are no voice actors that stand out. The translation is mostly fine, but there are a few instances where the subtitles disregard English grammar rules and use Western phrases that are not suitable as translations of the Japanese dialogue. It is not clear why, but the opening and ending songs are only subtitled in the extras menu.

This release features the textless opening and ending animation, the preview for the OVA episode, the OVA episode itself and trailers and commercials for the series. OVA episodes can sometimes be relatively pointless, but this one provides character development for Roboko, which is a welcome surprise. It unfortunately does not explore what happened in the period of time between when Hoshimiya conquered West Udogawa and when she eventually conquered the whole world, but it is well worth watching for anyone who enjoyed the television series and its characters. 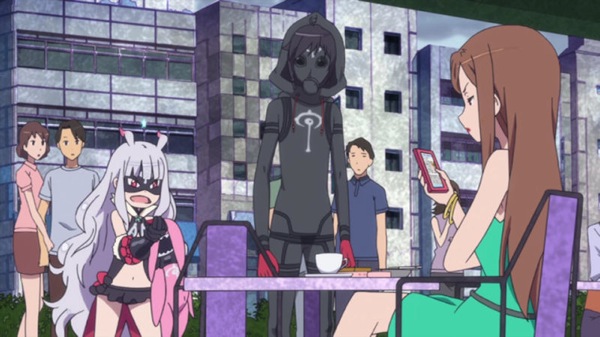 World Conquest Zvezda Plot is a memorable series that stands out despite its use of overused tropes, character archetypes and sexual objectification of its female characters. It is original, unique and often just downright bizarre. It simultaneously manages to be impossible to take seriously and while being consistently engaging and entertaining. Few concepts are as well executed as this one is, and few Japanese series depict a group of people in which there are more capable female fighters than male fighters. Seeing the ‘villains’ win is a lot of fun.