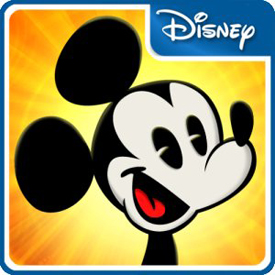 Where’s My Mickey? is the latest installment to the popular “Where’s My…” franchise of Disney puzzle games for mobile devices. Like its predecessors, Where’s My Mickey? has you drawing paths through dirt and sand to direct bodies of water towards Disney’s infamous mascot: Mickey Mouse. With a visual style based off the new Mickey Mouse animated shorts (which you can catch on Disney Channel), the game has all the charm and character that you would expect from Disney. Sadly Where’s My Mickey? is let down by its easy difficulty, and in-app purchases required to play 2/5 of the game. 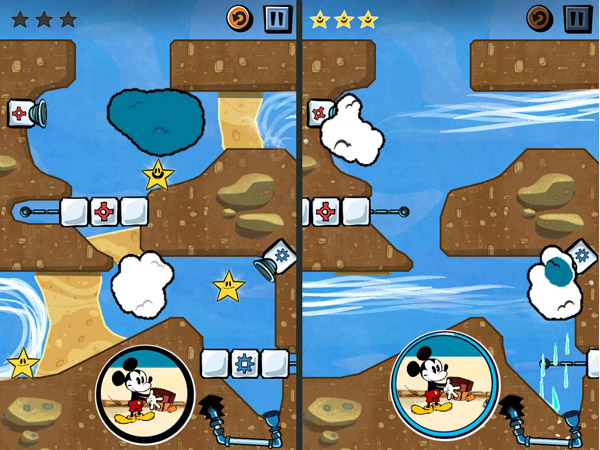 Previous “Where’s My…” games have for the most part forgone stories. In the original, you just knew that your alligator buddy needed a shower, and in Where’s My Perry you were just trying to help Agent P through a series of tunnels. The story element is probably where Where’s My Mickey? deviates most from its predecessors.

Where’s My Mickey is broken up into five different chapters; three staring the ever-lovably Mickey, and two with his long time pal Goofy. Each chapter opens with a brief cartoon that provides a chuckle, as well as context as to why mickey needs to collect insane amounts of water. Be it Mickey making lemonade at the beach, or Goofy needing paints for his artistic works, these little scenarios are  good for a laugh and are filled with the life and charisma that Disney are so well known for. 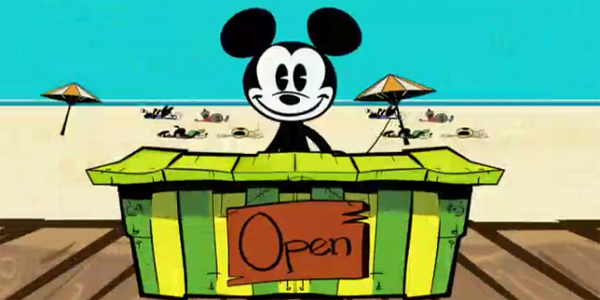 Gameplay in Where’s My Mickey isn’t too different from its predecessors. You draw lines through dirt and sand in order to direct water towards Mickey (or Goofy). Later levels add obstacles like switches that need to be filled with water before they will open, or Fizzy Red Water that will immediately cause you to fail the level should it touch Mr. Mouse. While you are guiding water around, there are three stars scattered through the game’s small levels, and to get the maximum score you have to pass water through all of these. In addition, some levels also have collectibles hidden in the dirt that need to be dug out.

One key addition that Where’s My Mickey adds to the traditional formula is the use of rain-clouds and gusts of wind. Rain clouds will collect any water that touches them, and by pressing down on the cloud, it will start to rain down below. The gusts of wind work in tandem with these clouds, either by helpfully pushing them to where they need to be, or harmfully pushing them away. The two features don’t seem like much but together are enough to really shake up the formula from previous games. 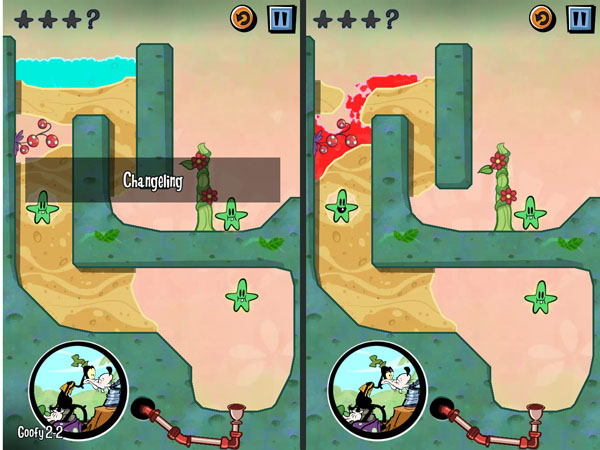 Goofy’s missions add a bit more variety to the mix, as he is trying to get the Red Fizzy Water. This causes you to rethink how you would tackle certain missions or obstacles in order to try and collect as much red fizz as possible instead of eliminating it. These missions are different enough to keep the game from feeling repetitive.

Where’s My Mickey lacks some of the difficulty of its predecessors. While the originals were never overly difficult, Where Where’s My Water? and Where’s My Perry? had some genuinely challenging levels. Where’s My Mickey? on the other hand, can be blown through in a couple of hours tops, collecting every star and hidden item along the way. This makes the game better suited for children, but also kills a lot of the replay value.

The game has three chapters when you initially purchase it. However, there are an additional two chapters (the Goofy ones) available as in-app purchases. You are given the option to play the first three levels of each Goofy chapter, but you have to pay an additional $0.99 to unlock the rest. An extra $0.99c for another 40 levels doesn’t seem like much, but the game costs $0.99 and comes with 60 levels, so the math doesn’t really add up. 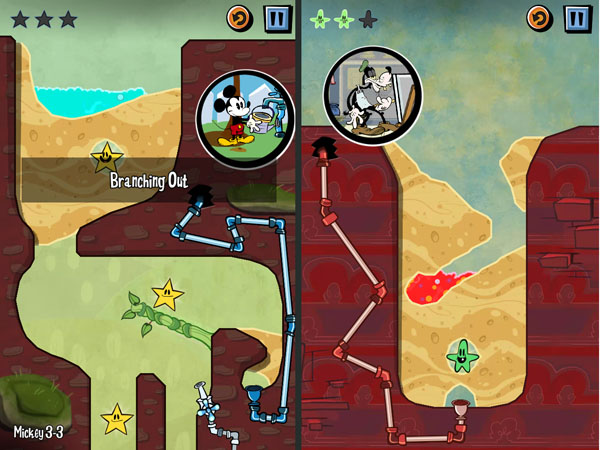 The animation style for Where’s My Mickey? is based completely off of the new Mickey Mouse animated shorts. The characters are all drawn in an exaggerated manner, and there is a sense of cleanness and crispness to the artwork. While the colour scheme seems a little bland at times, it is completely representational of the cartoons to which the game is based. 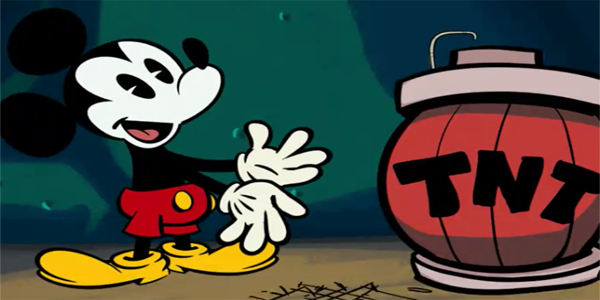 There is a big emphasis on black and white, not only with big, thick outlines around characters and objects, but many characters also have an abundance of black as part of their colour scheme. This makes the game (and the cartoon) somewhat resemble the older black and white Mickey Mouse shorts from the 1930s. In fact, you can see that the art style in general is a big throwback to these cartoons of old.

The audio here is well done too, with charming and catchy music playing in the background, and an array of sound effects like the way water fills up the stars, to the sounds that a lemon makes when being thrown into the water all make for a game that is delightful to listen to. The cherry on top of the cake that is the audio, is without a doubt Mickey’s trademark laugh, and gleeful cry of “oh boy!” or Goofy’s “Hyuck!” 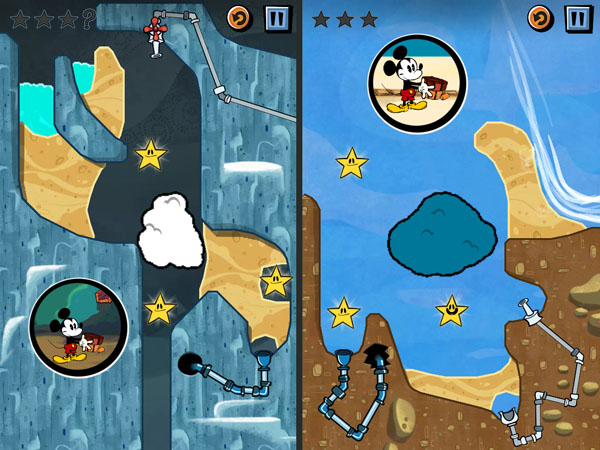 Where’s My Mickey is a worthy addition to the “Where’s My…” franchise, and even though it lacks some of the difficulty of its brothers, it offers enough new features to keep it from feeling like a simple rehash of older games. The art and sound are sublimely done and reflect not only today’s current Mickey Mouse cartoons, but also harken back to Disney’s simpler times. If it is let down by anything, then it is by the fact that 2/5 of the game costs another dollar to unlock.