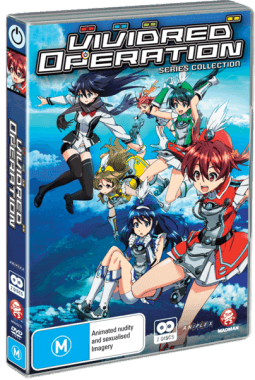 Overview
When you see a character’s butt more than their face, you can’t help but wonder if this symbolizes the series itself and for Vividred Operation that much proves true. It is the butt of a bad joke. While watching this series it is almost impossible to tell if this is a flat out parody of fan-service or an overly exuberant love-letter to it. Needless to say this is one anime that shouldn’t be taken seriously and given how much screen time Vividred Operation devotes to butt-shots it is near impossible to do so anyway. 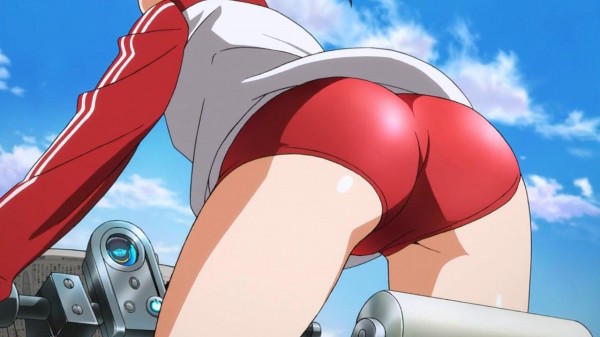 Story
To discuss or even attempt to analyse the plot of Vividred Operation would be a pointless operation in every regard. The series has a paper thin plot that serves largely as a vehicle to progress from one ecchi scenario to the next. The story that does thread those sequences together revolves around a sci-fi construct that allows the world to produce limitless energy, which for some reason or another results in hostiles trying to destroy it and take away the peaceful existence that the world lives in.

It is about as cookie cutter a sci-fi tale as can be and the gaggle of cute girls in cute outfits doing cute things doesn’t add to it in any way. Each character tends to fall into a certain role and doesn’t ever expand outside of that formula at all. It is a true shame that the series mostly uses its protagonists as fan-service, preferring to indulge in elongated butt-shot sequences, gazing at the girl’s butt from different angle for a gratuitous amount of time. 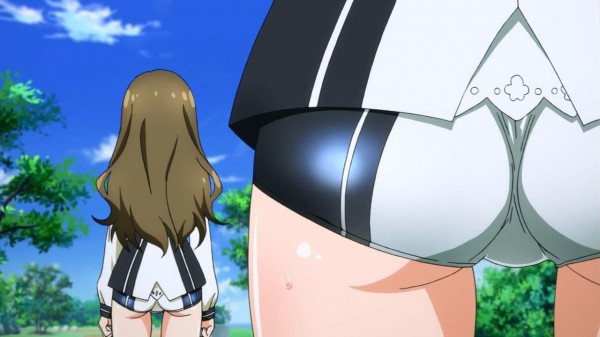 Sure the fan-service may please ecchi fanatics, but it really comes off as egregious and forceful. There is far too much fan-service in this series and it overshadows and nullifies any weight the story itself or characterization could potentially have. When you strip it all back the story could be something interesting in other hands, but here it is just an afterthought. The saddest part however is undoubtedly the negative impact the fan-service has on the characters themselves, rather than having any personality or depth, these girls value amounts to nothing more than the shapes of their behinds. It is terrible and at times offensive how gratuitous it can be.

Ultimately Vividred Operation is a very disappointing experience in terms of story and characterization, it’s overuse of fan-service kills any potential substance the series could have and results in what is a truly tiresome viewing. This is not an easy show to watch by any means, in fact it proves difficult to sit through considering the dull plot and cardboard characters, the worst of all though is the over the top fan-service that goes so far it is really just a terrible joke. 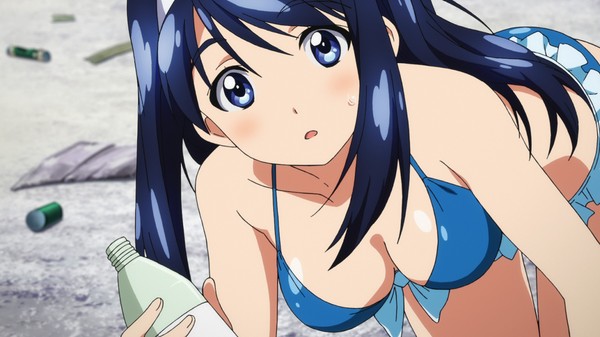 Visuals and Audio
A-1 Pictures have undoubtedly put a lot of effort into making this series look good. The animation is fluid and crisp and the artstyle itself has that fresh look that we have come to expect from A-1 Pictures. There are a lot of small details in the animation that really show in the fan-service sequences, whether it be a jiggle or a shake, the animation of all body parts is captured in great detail. Unfortunately the effort and time put in here was for something that comes off as very shallow an half-hearted.

The character designs are fairly unique and well thought out, however unfortunately we mostly only get to see them from one certain angle, that being from behind. It is disappointing because these characters have a distinct look and style to them but they are essentially an afterthought to their own behinds. I never thought I’d have to write those words but there you go. 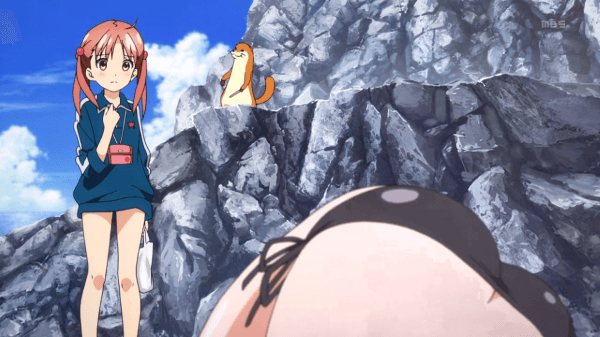 The soundtrack for Vividred Operation is actually quite good and features a few memorable tracks. The opening and ending themes are solid and do a good job setting up and closing each episode of the series. Unfortunately this release is subtitled only and as such only has one audio track, not featuring an English dub whatsoever. This could be a deal breaker for some but for those that fall into the target audience for this series it is probably not going to be an issue.

Extras
There are a few special features included in this release from Madman Entertainment. Included in the release are clean opening and ending theme songs as well as special web previews for the episodes. This is a fair amount of bonus content for a subtitle only release and while not making up for the lack of a dub does go a ways to make this release have more bang for your buck. Unfortunately it isn’t exactly enough to warrant the rather hefty price tag associated. 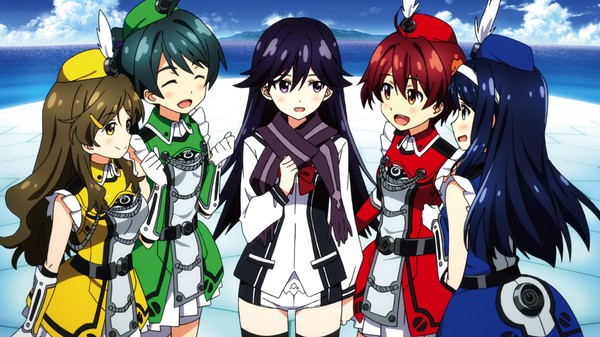 Overall
Where do I begin? There is so much wrong with this series. When you cannot tell whether a series is intended as parody or not is somewhat telling as to the quality of the series itself. Such is the case with Vividred Operation a lackluster attempt at the sci-fi genre from the team who brought us the equally fan-service heavy Strike Witches. Given their history it shouldn’t come as so much of a surprise as what we have here with Vividred Operation, yet somehow in spite of it all it still manages to shock with how appalling it truly is.

This series is best left to the most hardcore ecchi fans. If you want something more than a highlight reel of the best and worst angles of cute girl’s behinds while they fight to save the world or something then you are looking in the wrong place. Vividred Operation lacks even an iota or substance failing at the most basic levels of storytelling all in favour of the almighty round behind. It is disappointing through and through and proves that fan-service is best served in moderation.