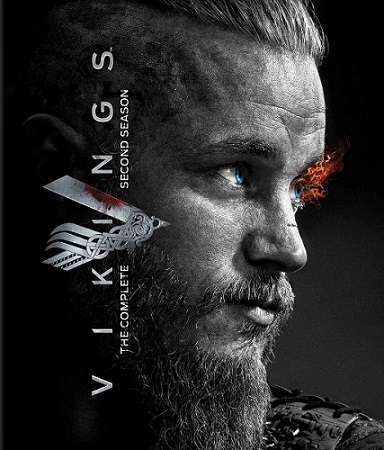 The second season of Vikings has landed across my living room table. My first encounter with the Vikings television series was well documented with the Northmen (and women) leaving a largely positive impression. The series aims to bring life to the long dead culture of the Vikings in fairly accurate, but entertaining, detail. Venturing off of the relative high that was last season, does the second season carry on the name with honour or does it bring shame? Read on, dear reader, read on. 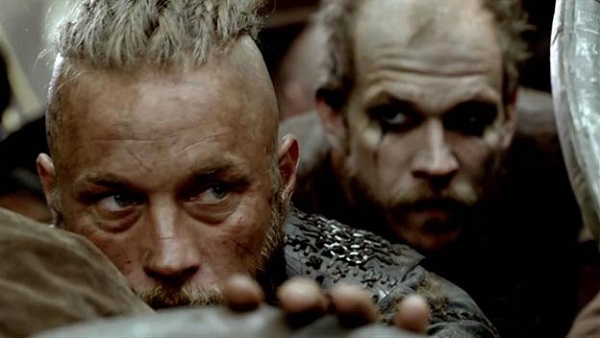 Once again the series mixes together history and fiction to create a narrative which has a basis in real historical events. The story focuses once more upon the trials and feats of Ragnar Lothbruk (Travis Fimmel), which is based upon the Viking saga of Ragnar Lodbruk, as he now rules as the Jarl of Kattegat. Alongside his new authority comes new responsibilities as he works to earn the favour of the Viking King Horik (Donal Logue). After Ragnar’s brother betrays him, his efforts to resolve a dispute between King Horik and Jarl Borg (Thorbjorn Harr) lead to violence at the start of the season. After his brother has change of heart, Ragnar is able to reach a resolution for all parties to go raiding westward together. 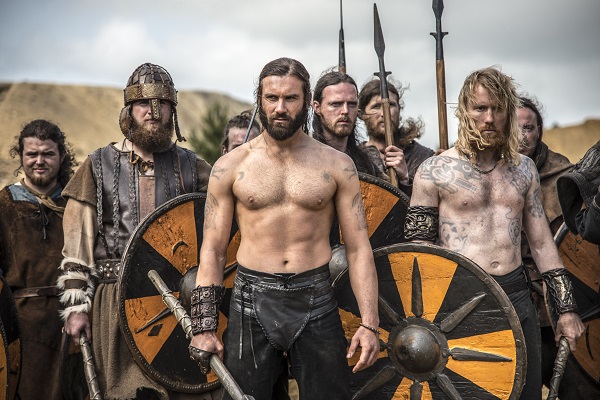 Trouble brews on the home front as well, as Rollo (Clive Standen) has to deal with the repercussions of betraying his brother and Ragnar has to answer to Lagertha (Kethern Winnick) for his philandering with princess Aslaug… and this is just within the first two episodes. This season is largely about ratcheting up the tension in the narrative while providing small releases here and there throughout the story. Similar to last season; after each problem is resolved, a new one arises to take its place and to keep the audience captivated.

The focus is also more diverse as we see secondary characters become more developed through their own arcs. Floki (Gustaf Skarsgard) and Athelstan (George Blagden) are particularly interesting as characters who go through their own inner turmoil as the world around them changes. Floki wrestless with his own oscillating and unstable emotions as he deals with what appears to be a case of bipolar disorder. Skarsgard’s portrayal of the manic highs and depressed lows create a believable character who is in a constant state of flux between emotional states. Athelstan suffers a crisis of faith since converting to Norse Paganism and deals with the guilt of turning his back on his previous god. The personal crises of both these characters helps to create some very interesting sub-plots to hold your attention while the main, historical events unfold around them. 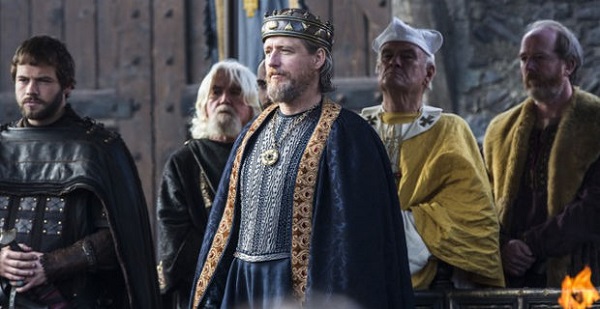 One thing I previously criticised in the first season was the lacklustre narrative of these personal dramas, but this time around I find them to be much more interesting. I’m not sure whether that’s because the stakes have been raised significantly for these personal dramas, meaning that the consequences are far greater for the main story; because I’ve become invested in these characters; or because the stories themselves are more interesting. The end result remains the same and I was rarely indifferent towards the action onscreen. I give kudos to the writers for accomplishing this feat! 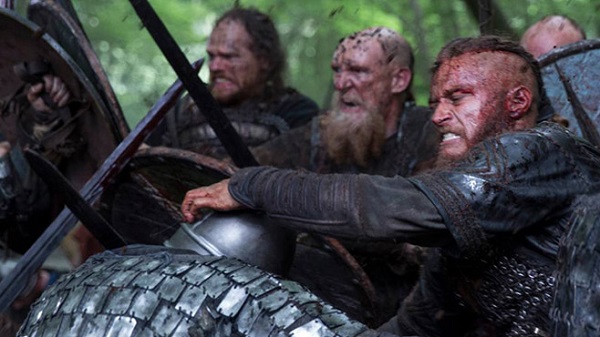 Once again, the series showcases beautiful cinematography and direction. The constructed sets make a return and help to create a believable sense of space for the show. It’s nice to see some variety in the set locales as well, beyond Viking halls and exterior shots of fjords as we’re shown medieval English towns and castles. The costumes and props are also similarly believable, but I’m certain there are historical enthusiasts somewhere who grind their teeth looking at the anachronistic fabrics, stitching, and metalwork evident in any of the objects onscreen.

Once again, action scenes make a blood-pumping return with lots of energy and vibrancy to them. Unfortunately, the scale of the fights have been increased so we don’t see combat with near-ballet level of grace that was evident in the first season. The focus isn’t anywhere near as wide as having the armies of Braveheart or Kingdom of Heaven with armies clashing on screen, but we certainly see that the series has been granted more support for more extras in these scenes. In my opinion, this works against the choreographic par-excellence which was evident last season. 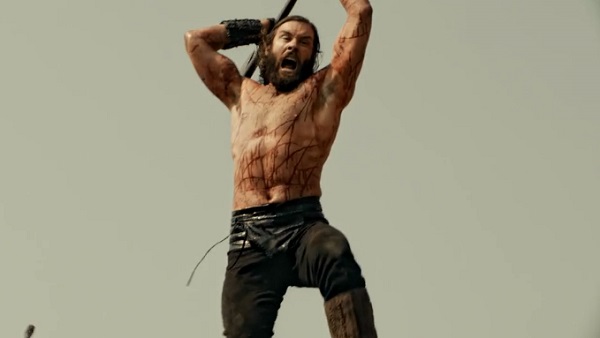 This season also exhibits some more surrealist tones, with Athelstan suffering dramatic hallucinations of stigmata and other Christ-like imagery. These scenes were an interesting way of portraying the character’s inner turmoil, with a crisis of faith in a manner which suits a visual medium. Rather than simply having the character tell us (or another character) of this turmoil, the director chooses to show us a visual representation instead. ‘Show Don’t Tell’ at its finest. The last shot of this season especially, is proof that the talent behind Vikings knows how to create meaning beyond dialogue. 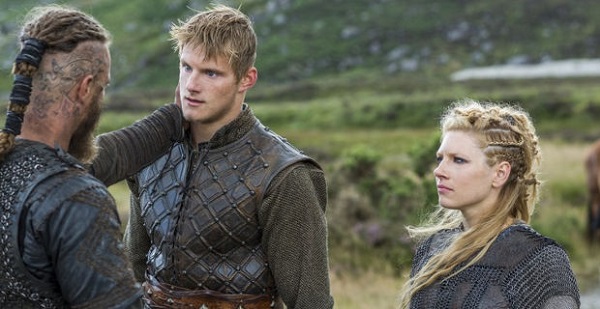 The soundtrack is significantly more pronounced this time around (or perhaps this humble reviewer has become better at noticing it) and is actually quite good. We hear a variety pieces to compliment the action from throat singing to Gregorian chanting. All of this works in conjunction with the visuals to create a sense of a place and culture which is mystical and exotic. Battle scenes are appropriately accompanied by ululating war cries to help set the scenes of medieval carnage. 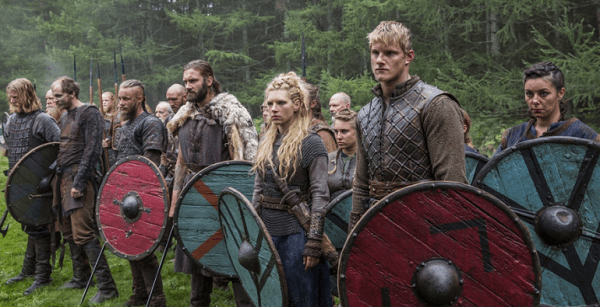 Once again, since this is a historical drama, the extras include a number of interesting mini-documentaries on Viking and early medieval culture. It’s interesting to see just how well the series approximates what we know about the nature of Viking society and how this comes out in the show. Similarly, the audio commentary provided by Michael Hirst (series creator) and Gustaf Skarsgard help to provide intimate insights in the behind-the-scenes creative process. It becomes evident that a lot of planning, thought, and love goes into making this series what it is. 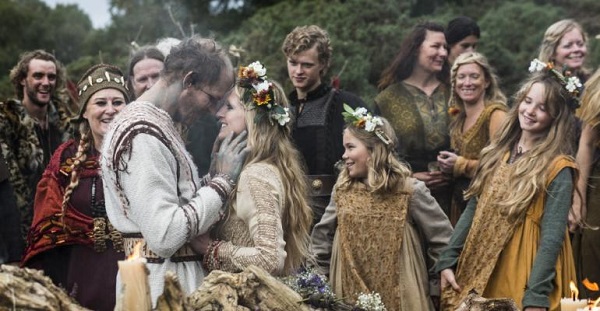 The Norse have come raiding again and have chosen to ‘Winter’ in your living room. Have they outstayed their welcome? Certainly not.

This series has only gotten stronger with time and it should not surprise you at this point that I’m fast becoming a fan of this historical drama. Whereas last season felt like it was setting us up in the mindset of living in a Viking society, this season felt like a complete dramatic payoff with many loose threads from last season being resolved and new, more intriguing ones appearing in their place. I feel that the combat has become less visually interesting with an increased scale, but still provides some high-adrenaline action as befits a warrior culture. I highly recommend this season to anyone who has an interest in Viking culture and to anyone who is hankering for another series with a setting that one can get lost in. The second season of Vikings is a worthy follow-up to the awesomeness of the first season.