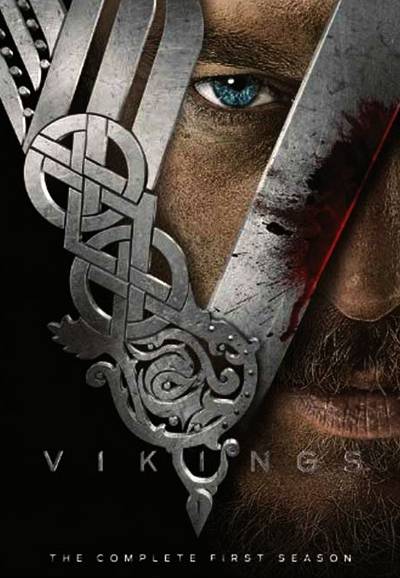 History has not been kind to the Medieval Pagan cultures of Northern Europe. Within the modern cultural mindset, hearing the word “Viking” evokes images of horned helmets, longboats, and bearded sea raiders attacking helpless monks. This percept has largely been shaped by the historical accounts which have survived from that period, and in this area the victims of Viking raids most certainly had an upperhand. Common knowledge of this remote but historically important culture is surprisingly limited and cliched, which is a problem this tv series aims to rectify.

In Vikings, we see the eponymous culture as much more than the simple sea raiders and barbarians of our cultural zeitgeist. Certainly aspects of it can be quite can be bloodthirsty and confronting to an audience and it is not for the feint hearted. These characters aren’t mere caricatures, they are people with ambitions, jealousies, and complex moral quandries. This makes them ideal subjects for a historical drama and in my opinion; infinitely more interesting than another series which might have depicted them as solely seaborne vandals. Although, if you’re interested in just that interpretation of Viking culture there is a games you can check out here… 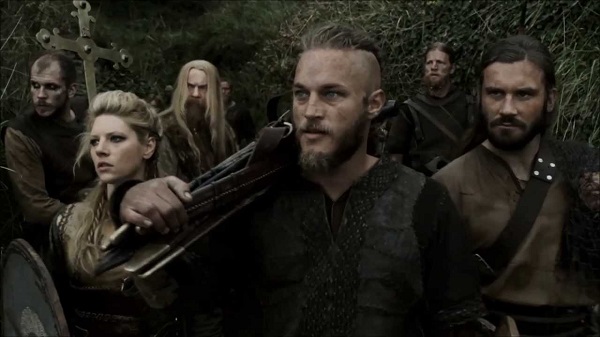 The narrative of the series takes cues from real historical events and individuals, mixed in with details and characters from Viking sagas. The series focuses on the trials and tribulations of Ragnar Lothbruk (based off of the protagonist of the saga of Ragnar Lodbruk) and his family. We witness the ambition and drive of Ragnar to raid westward, across the Ocean which captivates those around him to take their chances with him. This (as you might have guessed) turns out to be a very successful and profitable gamble. This ultimately leads him to confront his liege, Earl Haraldson, who disagrees with Ragnar’s ambition and often times insolent disobedience. After the Earl plots against him, Ragnar is forced to confront Haraldson in order to keep his family safe and free as well as keep his dreams of sailing West alive.

For every success that Ragnar obtains, however, a new problem arises. Largely this occurs from his own greed and ambition which forces him into many confrontations. With his wits and strength alongside the support of his wife ,Lagertha, and brother, Rollo, he is able to overcome the obstacles he encounters… to be honest though, when you’re backed up by a shieldmaiden and a berserker there isn’t really anything which can stand in your way for long. The plot is largely well paced and intense, although it does lose some of its force by the end of the season.

The show aims to give its you a holistic view of Viking life and culture. We are shown the large, world-changing events such as the Viking raid on the monastery of Lindisfarne in 793AD (which many historians take as the beginning of the ‘Viking Age’) alongside smaller scenes of family life in the Viking Longhouse. It is very interesting to watch the small, personal dramas of the characters play out such as the jealousy Rollo has for his brother Ragnar’s success, and Athelstan’s (a monk kidnapped from the raid on Lindisfarne) loss of faith in Christianity. The problem is that when you place these scenes next to the parts which depict the revolutionary events of the past, it is difficult to remain interested. When compared to these historical forces, homestead life doesn’t amount to a hill of beans (or whatever it was that the Vikings farmed) but there is always some intrigue or action sequence just around the corner to spice things up. 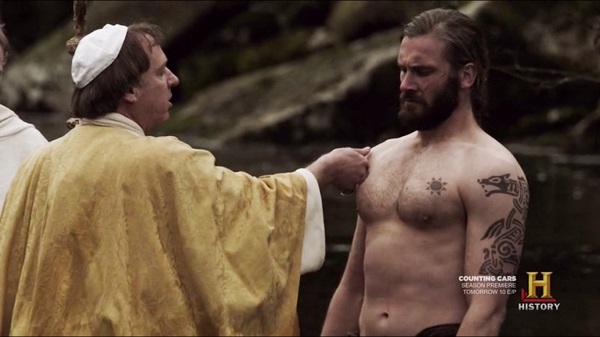 Vikings is beautifully shot and directed with great cinematography. The sets are all meticulously constructed and give a real sense of being transported to another time and place. Exterior shots were made on location in Ireland and the rocky landscape standing in effectively for Scandanavian fjords and the Baltic sea. The benefits of using real physical sets are clear to be seen here with the actors freely moving through and interacting with the sets and locations for their performance, a mundane feat made impossible with a green screen. Costumes and props are of a similar high quality and only the most die-hard of historians would be irked by some of the anachronistic details… although, if you’re one of those people then you really shouldn’t be watching a historical drama to begin with.

The action scenes are par excellence and one of the great gems within the show. I do not recall Medieval combat having looked so good cinematically, which is compounded by the fact that most of the combat is essentially brawling… BEAUTIFUL brawling albeit. This isn’t the combat you’ll get in the likes of Braveheart and Kingdom of Heaven with armies clashing on the field of battle. Instead, we have a tighter focus with clashes between smaller warbands. This allows for some interesting direction in terms of action and I would argue that it is to the show’s benefit.

The soundtrack is largely unremarkable but is largely satisfactory. It complements the setting, tone, and pace of each adequately but nothing sticks out in this humble writer’s opinion. One song that you WILL remark upon is the opening theme of If I had a Heart by Fever Ray. It’s dulcet tones complement the opening credits perfectly and give a taste of the world that we are stepping in to. 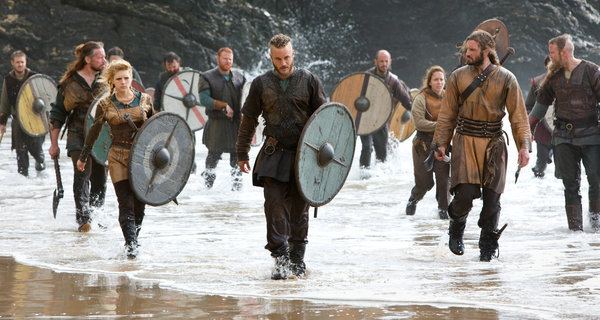 The extras on the discs are a great addition to anyone who is interested in learning more about the production side of the Vikings show or about the historical Vikings themselves. Interviews with the cast and crew give a greater appreciation for them as characters, and it’s a pleasure to hear them talk candidly about their experiences working on the project. Since this is a History channel production, it should be unsurprising that there is a short, interesting documentary on Viking society included… what is surprising for the History channel is the lack of aliens in said documentary (ZING!). There are also several little ‘mini-doco’ vignettes which go into detail about the lands the Vikings visited and the weapons which they used, which was also quite interesting and enjoyable. 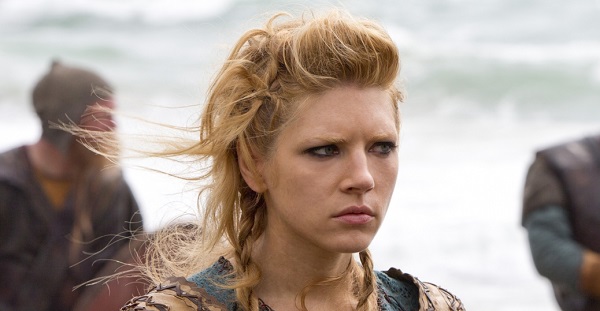 The North men have come and they have made their presence known and you certainly get to see a side of them in Vikings which isn’t normally portrayed in fiction, but is this to its merit? I would argue ‘yes’.

For all the shortcomings of the mundane melodrama of Ragnar and his family, we are still given a unique, intimate gaze into a (fairly) accurate portrayal of a long dead culture. Norse mythology is captivating, and it’s almost just as captivating to watch characters who earnestly believed such tales to be the history of their world and their gods simply living their lives. There is also plenty of brutal action and violence for those of more martial tastes (such as yours truly) as the Vikings didn’t gain their barbaric reputation for nothing, a fact that the show capitalizes on. The virtues of Vikings far outweighs its flaws and you’ll find its more than worthwhile to sit through a couple of lulls to here and there to enjoy the magnificence that is this show.

Now grab your sword and strap on your shield for Valhalla awaits!