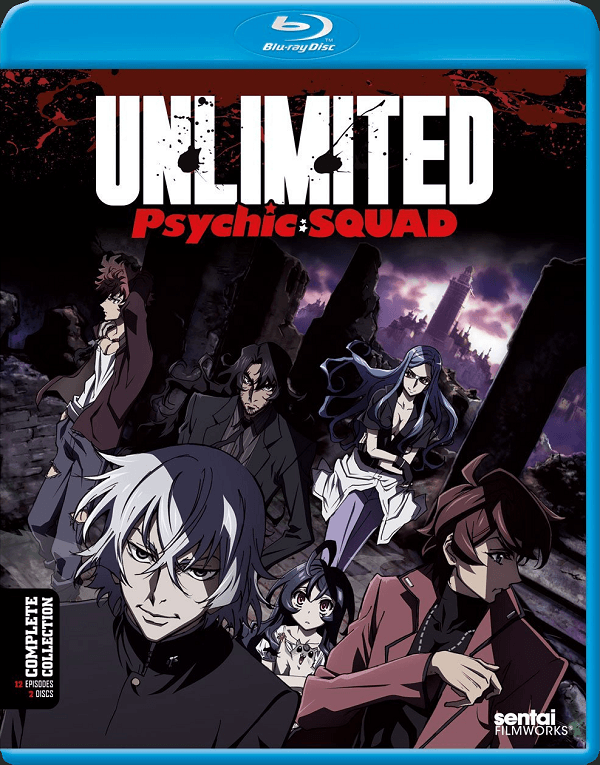 Overview
Trying to create a spin-off from a popular series is always a risk, especially if you decide to change the tone of the spin-off to something far darker than the original. Zettai Karen Children, also known as Psychic Squad in the West, has been running in Japan for over ten years and with one anime adaptation already released, making the Unlimited Psychic Squad spin-off following the original series’ main antagonist Hyobu Kyosuke could easily alienate fans of the core series or mislead newcomers. So now that the series has been released in the West, how does it hold up?

Story
In the world of Unlimited Psychic Squad very few people are born with psychic abilities that allow them to affect the world around them or interact with others in strange ways. This ranges from teleportation, to manipulating various aspects of their body, reading minds, and even using incredible psychokinetics to destroy things. As such, normal humans tend to be distrustful of these espers, with some believing they aren’t even human to begin with.

Unlimited Psychic Squad begins with a fresh face named Andy Hinomiya, an esper that has found himself imprisoned in a special prison meant for espers and outfitted with various psychic limiting devices. Despite his time there, Andy claims to have very little knowledge about his own abilities and it is only when the very familiar Hyobu Kyosuke appears within the prison walls that things begin to go his way. After partially assisting Hyobu with the rescue of one of his comrades, Andy is invited to join the criminal group PANDRA. 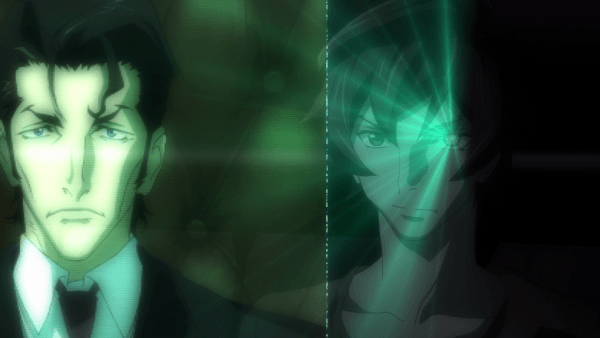 Despite his apparent lack of knowledge, Andy is very familiar with his own abilities as well as the group that he is dealing with. Hired as a special agent with the unique ability that allows him to nullify any esper powers used on or around him, he is tasked with infiltrating PANDRA by a certain organization. Forced to play a role that sees him assisting the criminal group PANDRA in various jobs and putting himself in harm’s way to prove he is trustworthy, Andy must slowly work his way into the organization but there are surprisingly bigger dangers than Hyobu lurking around the corner and even the strongest esper with a cruel streak is going to need some assistance.

Now as I led with earlier, Unlimited Psychic Squad is a spin-off from Zettai Karen Children and while the original series was a bit more childish and portrayed Hyobu and PANDRA as villains, this is a far darker series than the original. That being said, those who have watched the original series will get the most out of this series as they already know most of Hyobu’s past and his connections to the various characters that are working with him and how his plans to try and create a future utopia for espers focuses around a certain Queen. 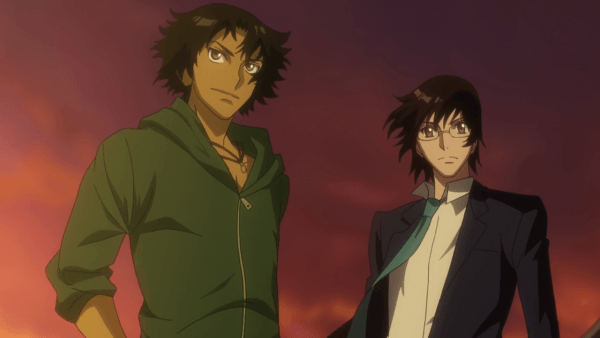 Throughout the series we see Hyobu walk the line of being incredibly evil as his group willingly kills those who stand in his way or those who try and hurt other espers and a decent person as he also assists those who are in danger from other organizations. It is also quite clear how close he holds members of his own organization to his heart despite Hyobu often appearing like he doesn’t care about what happens to them since his cunning strategies are often planned several steps ahead to make sure things go his way.

Then again, if things do start to go wrong, he often steps in and forces his way through to victory by unleashing his full powers. There is a nice balance found in Andy and Hyobu’s balancing act of spy and villain as both characters are written in a manner that makes them likable enough that you don’t wish to see either character turn on the other throughout the course of the series. This balancing act works great throughout most of the series before the story begins to wrap itself up by going into depth about Hyobu’s past time in the army and what forced him onto the path he is on today and then advancing towards the final, mostly unsatisfying conclusion. 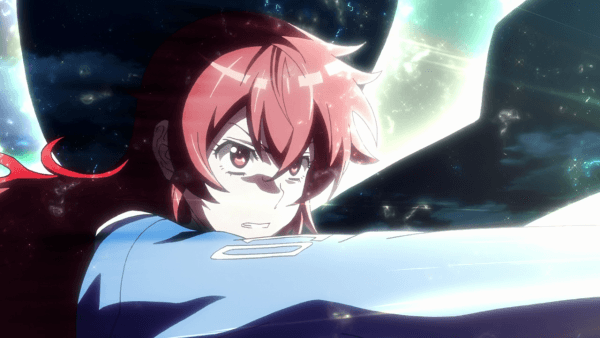 This lack of a fulfilling conclusion comes from Unlimited Psychic Squad being placed somewhere during the last few years of the Zettai Karen Children manga series. When the original anime ended the girls had just entered middle school and when they appear in this series they are still at that point in their lives. It is worth noting that despite The Children, Minamoto, and other BABEL members making many appearances throughout the series and getting into fights with PANDRA or assisting them, they are not the central focus of the series. Instead they serve as solid side and background characters to help establish Unlimited Psychic Squad’s storyline that follows Hyobu and Andy in a series that works well enough on its own to be satisfying for even newcomers even if they will be a bit in the dark at certain aspects of the show.

Visuals
Unlike the original series which was handled by SynergySP, Unlimited Psychic Squad has been given not only a darker story, but a darker tone as well due to Manglobe handling the animation this time around. All of the returning characters have adapted well into this new style with Hyobu and other members of PANDRA benefitting the most from this change as they now look far more dastardly than they ever did before, especially whenever Hyobu removes his limiter. 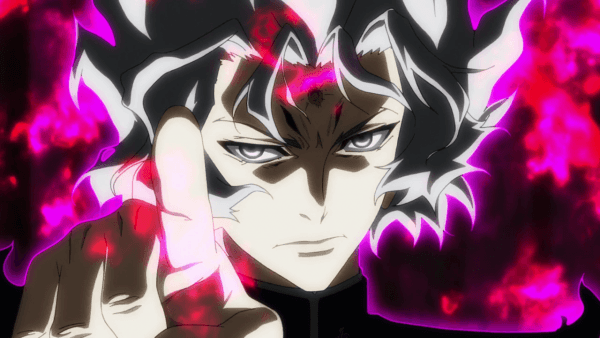 The background artwork also has undergone a noticeable change in tone this time around. While various environments are still fairly bright and the design of PANDRA’s ship, Catastrophe, is fancy in appearance, many of the areas that the group travels through are dark in nature and convey a sense of danger that makes up the world that most espers must live in. It also is worth noting that there are some rather outstanding animation sequences that take place in Unlimited Psychic Squad as any battle featuring Hyobu, especially during a certain flashback, are portrayed fluidly and really make the series shine.

Audio
Sentai Filmworks has opted to release Unlimited Psychic Squad with only the original Japanese voice track. Thankfully all of the voice actors and actresses from the core series have returned to reprise their roles in this series so fans of the original will not experience any disconnect here while the anime original characters fit in nicely with the rest of the cast. 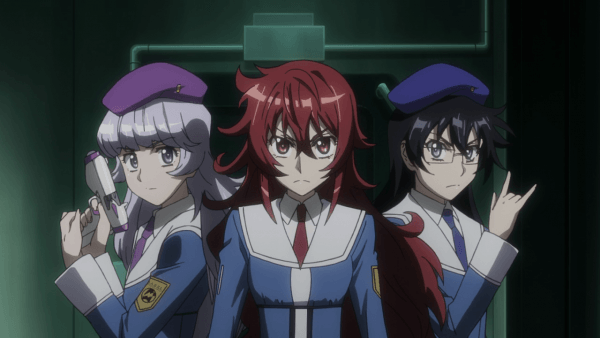 The background music is fitting enough though doesn’t really standout too much except during select sequences. Thankfully the opening theme “Last Resolution” serves as a great opening theme for the series and a rather surprising one at that while numerous ending themes throughout the series to give viewers plenty of variety.

Extras
This release of Unlimited Psychic Squad comes with a handful of standard bonus features that most fans would expect. This includes all variations of the opening theme as well as the ending themes and credits for other anime releases from Sentai Filmworks.

Overall
Unlimited Psychic Squad explores parts of the world that the original series could never touch due to a generally lighter nature and focus on humor as well as action. By taking a darker more realistic approach to the discrimination and dangers that espers face we see what PANDRA is fighting against under the reigns of Hyobu’s twisted goal of a future while also weaving together a decent enough storyline that is capable of being watched without prior knowledge from the original series.