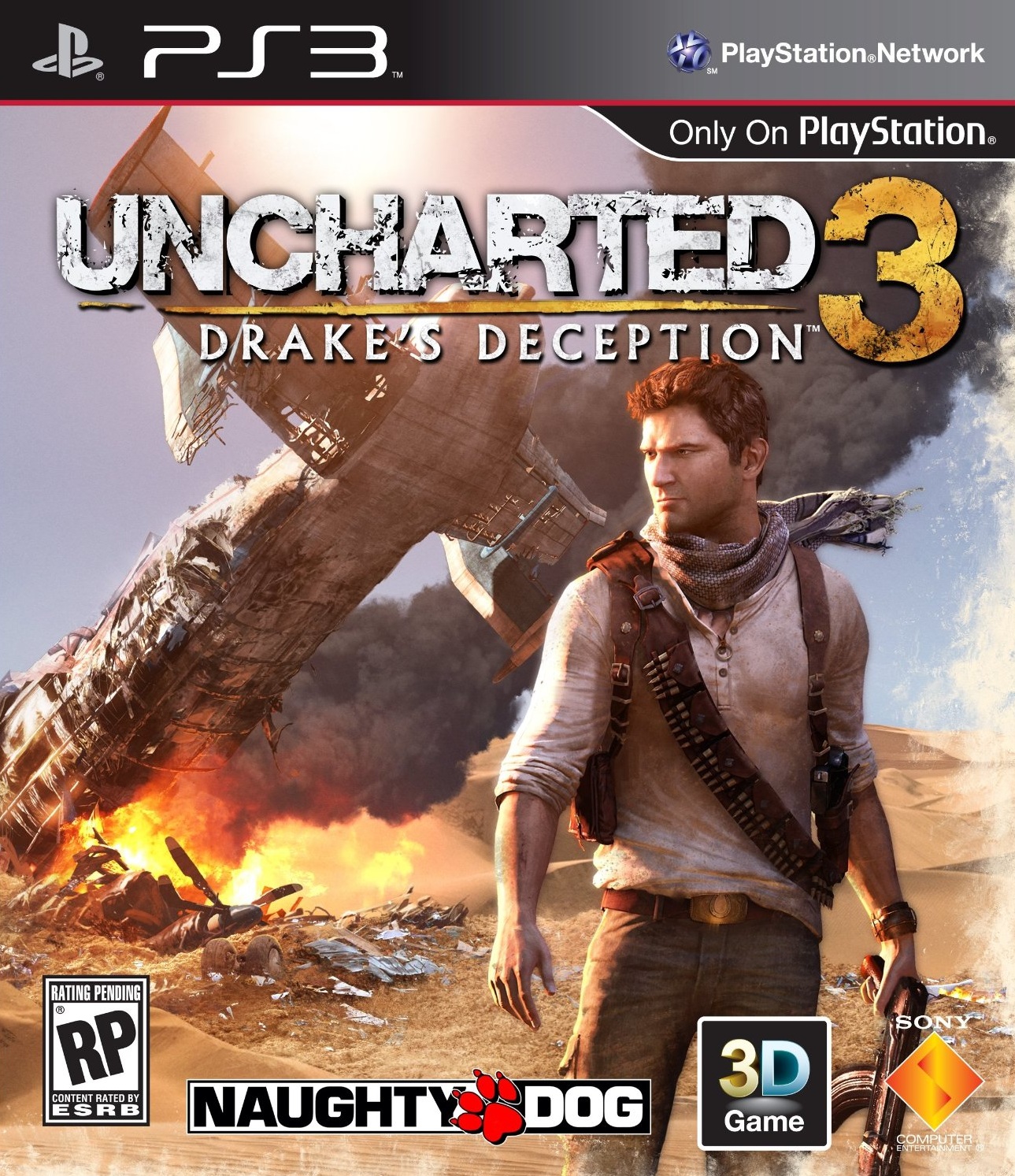 Overview:
What Uncharted 3 Drake’s Deception requires little of is an introduction. In its first day of global sales 3.8 million copies of the title went home with PS3 gamers, a figure that took Uncharted 2 Amongst Thieves over a year to pass.

Being one of the biggest sellers of the year within 24 hours of release is a massive achievement for developer’s Naughty Dog, who have taken the already excellent Uncharted formula and made it bigger and better than ever before.

As strong as the story and it’s execution are, there are still some gameplay flaws that hold it back. It is tempting to completely disregard them in the face of the spectacular set pieces and well woven characters, but this is a game nonetheless, and it needs to hold up that end of the ‘cinematic experience’ too.

Story:
The story behind Uncharted 3 will be incredibly familiar to anyone who has played the series before. There are some artifacts (Sir Francis Drake’s ring, finally playing a major part) that lead to some tombs that lead to some more artifacts that eventually lead to a long forgotten city.There are puzzles to be solved and ancient scripts to be deciphered, the results of which are quickly handed over to a crew of bad guys who always show up just when all the hard work is done. Throw in a bit of the supernatural and the Uncharted plot formula is complete.

There are no surprises in the bare bones of the plot, but it’s the execution and the story’s seamless interaction with the gameplay that really impress. 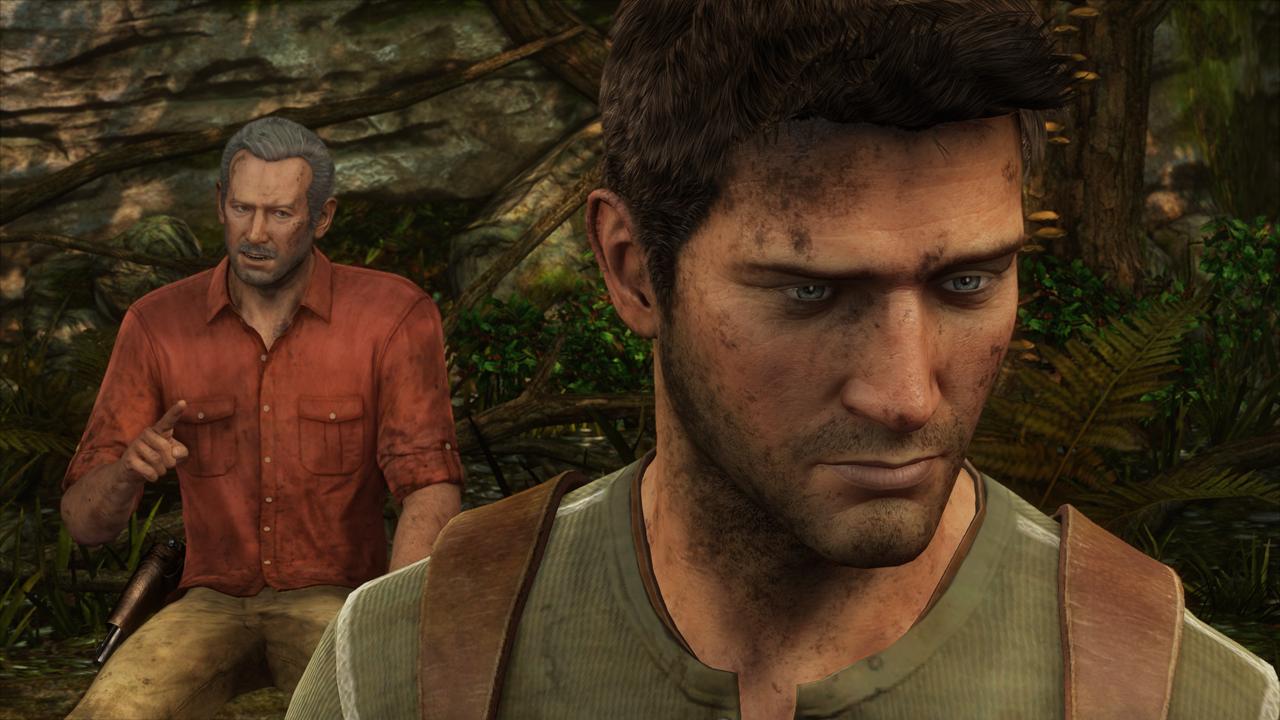 Drake’s Deception dips into the past in more ways than one, jumping back in time to explore the personal history between Nate, Sully, and villain of the piece Katherine Marlowe.

Seeing the origin of the Sully-Drake partnership after two games and four years is a smart move. The dynamic between the two has always been a highlight of the series, and it gets an increasing amount of attention throughout Deception – whether it’s in the usual form of withering banter or a more sincere emotional moment.The opening chapters give a real sense of scale to the relationship – these guys have been through a hell of a lot together, and it’s not just what we’ve seen on screen. It all serves to keep the game anchored to a human core, and is very revealing both for Drake as a character and the players- Sully is just as integral to the series as Drake himself.

Moving back to present day, Katherine Marlowe is still chasing the artifact that Drake snatched from under her nose so long ago, and is tricked into revealing her stubborn intentions by an elaborate ploy concocted by Drake and Sully. So begins a globe trotting race that takes in Syria, France, Yemen, London and more, as both sides work to uncover the secrets behind the ring and the hidden voyage of the man who first wore it. 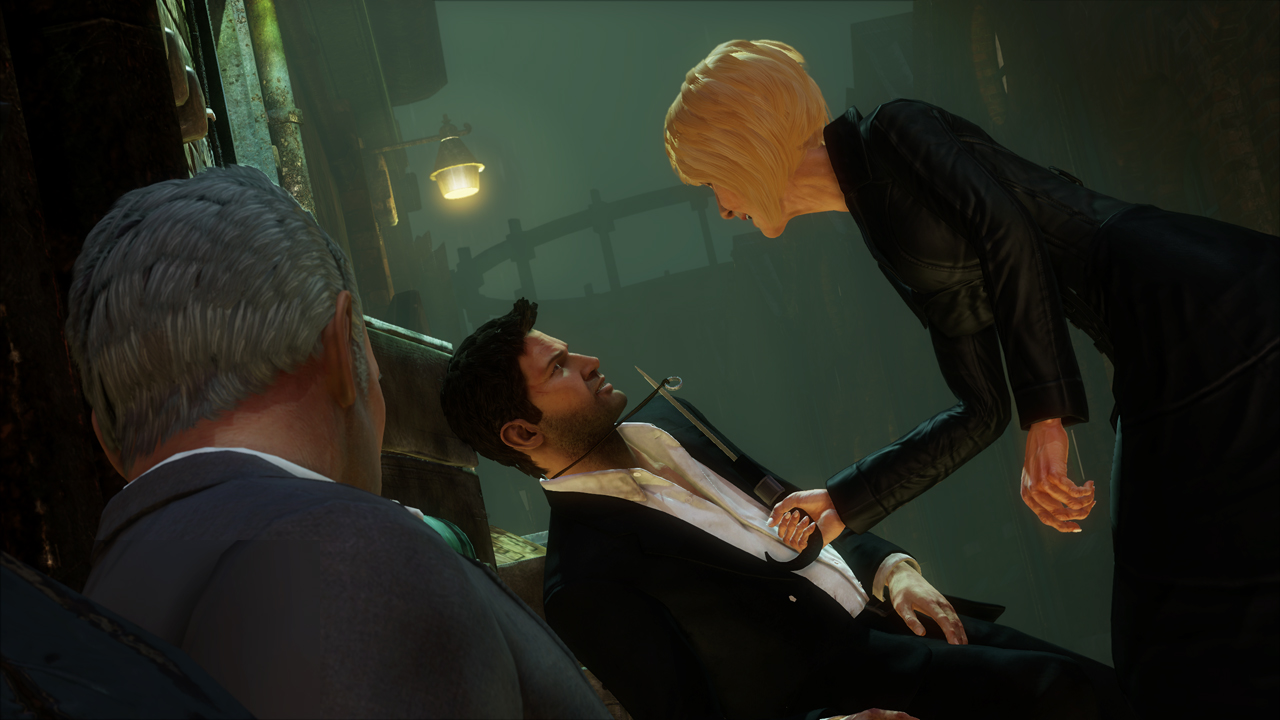 Marlowe is an excellent if underused villain. Sophisticated and smart, she’s known Nate since the incident in Columbia, and is unafraid to use some psychological mind games to her advantage. She’s not a physical force to be dealt with however, and that role is neatly filled by right hand man Talbot, who lacks any real character of his own (other than being villainous and English) but has all the real impact on the plot. It’s a shame that Marlowe doesn’t get a bit more screentime, as she exudes some genuine menace in the few scenes she has. There is a brief mention of her being the head of an age old secret society, but her motivations are never really explored. Uncharted is and always has been a game about the good guys, and thankfully they are as entertaining and likeable as ever.

Chloe and Sully return early on, accompanied by newcomer Charlie ‘not quite Jason Statham‘ Cutter.The character could easily have fallen into the cheeky Londoner stereotype, but is genuinely funny and surprisingly capable. Likeable from the off he’s a great addition to a group of already strong characters – he probably has the best one liners in the entire game. 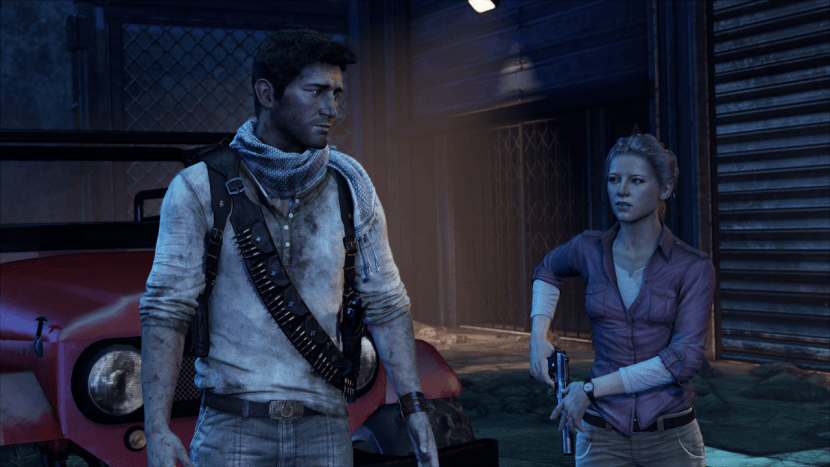 Chloe and Sully are not the only familiar faces, and Elena’s return will no doubt cause some ripples amongst fans. She brings a more serious emotional side to the story, and provides Drake with some much needed food for thought. Deception certainly takes its leading man to darker places than ever before, and weaves Nate’s growing unease with his identity into a few superb sequences.

Whilst there are a couple of chapters that feel a bit forced- some pirates show up out of nowhere and feel very much like an excuse for some water based set pieces – the story as an experience is incredible. Despite the formulaic feel to the basics there are still surprises to be had and jaws to be dropped, and it’s a credit to the writers that throughout so much chaos the characters are still such a draw in themselves.

Visuals:
The best game I have ever had the pleasure to look at – it’s that simple. Uncharted 3 is vibrant, exquisitely detailed and beautifully shot. Naughty Dog undoubtedly know how to build a cinematic sequence, with a foray in the desert and a sinking ship particular stand outs. That the cinematography of a game can be a talking point at all is a credit to the developer’s and to the progress of the industry – video games can be art.

There’s a certain vibrancy to the colours and intensity to the lighting that gives everything a sense of life, and every location has it’s own unique feel – whether it’s a street  market in Yemen or a seedy London pub. Every minute detail of the characters is there to see, from the creeping wrinkles around Nate’s eyes to the stitching on his forever half tucked shirt. Every new environment brings with it a moment just to look around and appreciate it, and there are small touches in the midst of all the huge obstacles and chaos that bring the characters to life.

Uncharted 3 is a game that can quite happily be watched as well as played, and Deception certainly feels like the most cinematic entry in the series. When Hollywood gets around to this video game adaptation they are going to have trouble topping the original! 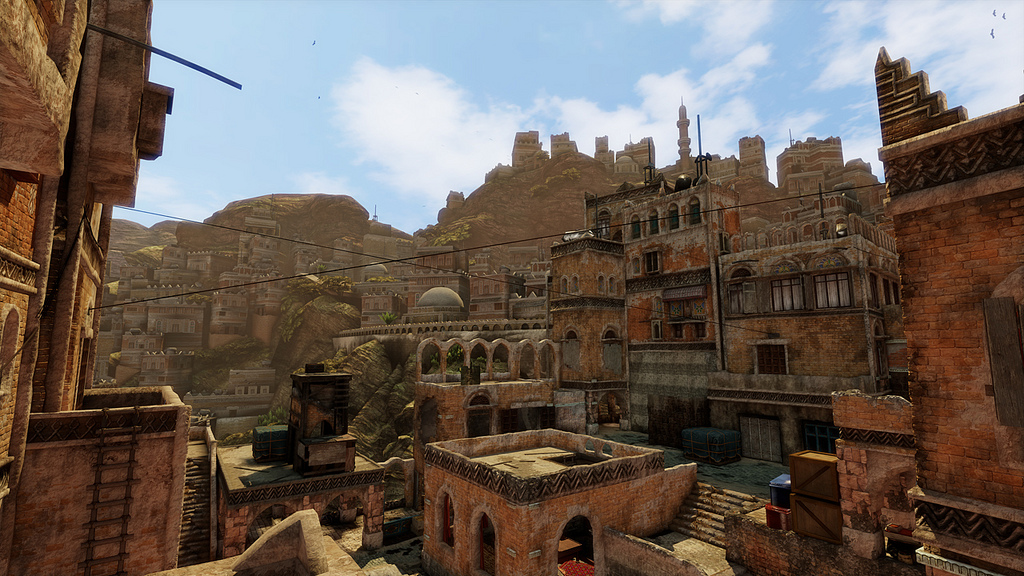 Audio:
Series composer Greg Edmonson returns with a fully orchestrated soundtrack that will undoubtedly pick up as many awards as its predecessors -from the second you hit the title screen the music in Uncharted 3 is wonderful. Nate’s theme returns once more and has never sounded better – it is the perfect iconic track for the series. As a soundtrack Uncharted 3 could sit quite happily amongst those of Hollywood films, and I found myself coming to a halt to listen to it just as often as I did to appreciate the visuals.

Every action beat sounds superb and the voice acting is as enjoyable and authentic as ever. Newcomers Graham McTavish (Cutter) and Rosalind Ayres (Marlowe) add to the already excellent cast, fleshing out brand new characters in only a few lines.

And it’s not just the quality of the individual elements that stands out, it’s their use. Everything is brought together exceptionally well to bring a truly cinematic feel to the game, and Naughty Dog have avoided cluttering the title by knowing what elements are necessary and when.