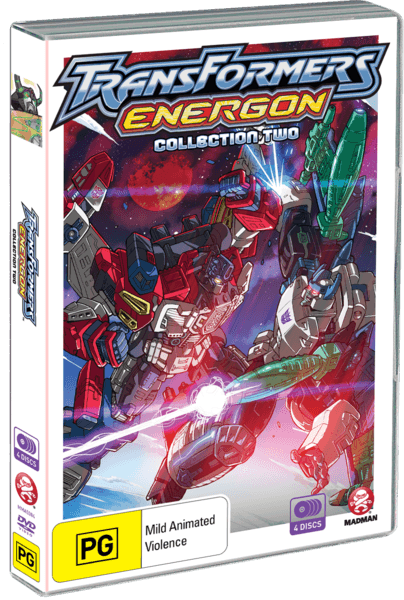 Overview
With Megatron back into the swing of his evil ways, it would seem that the universe is no longer grand enough a target. Crossing beyond the border of a black hole, both Autobot and Decepticon find themselves carrying their ongoing struggle into locations unknown. It certainly is an exciting life the Cybertronians lead. Violent, but exciting. 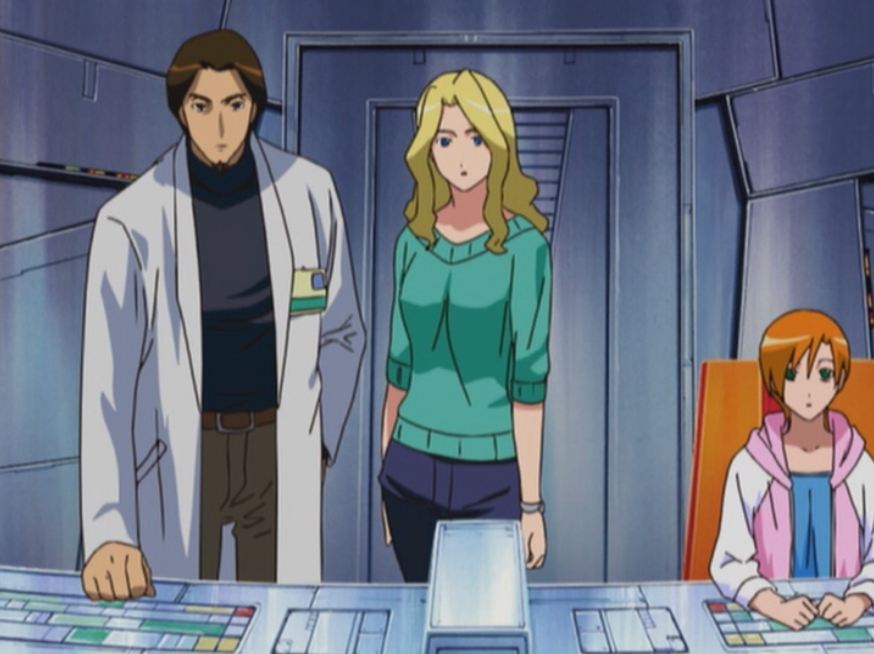 The story so far…

Story
Alright, with Unicron reactivated and Megatron claiming dominion over the other side of the Universe (though he does like to claim things), it’s time to jump right back into the action…with a recap episode. That’s right, it’s time to remove all subtly from Kicker’s slow building character development by stating outright just how much he has changed. Try to hold on to the edge of your seat as Kicker’s family steals some valuable screentime to explain the events that we loved from Collection One and that they did not themselves witness. I guess the Autobots just explained everything to Kicker’s mum for some reason. How else would she know?

With both sides now on the other side of the black hole, the Cybertronian War continues on a much grander scale. If you’ve ever though that Cybertron and Earth were not enough to contain such a grand battle, then Energon is the answer to your prayers. That’s right, the other side brings with it numerous new planets for the Transformers to fight over. Created by Alpha-Q, these Energon rich planets serve as the final hope for his race. Naturally, this puts him/it/them on edge whenever the Transformers decide to rain lasers down on each other whilst on said planets. Alpha-Q’s feelings are made known to Kicker via their mental link, serving to keep the alien present within the story despite dwelling within the sun of this new universe. Though I have to say, for the ruler of multiple new planets, Alpha-Q could’ve done a better job naming them. Rock Planet, Jungle Planet, Iron Planet…not very inventive. At least put a little creativity into your work. 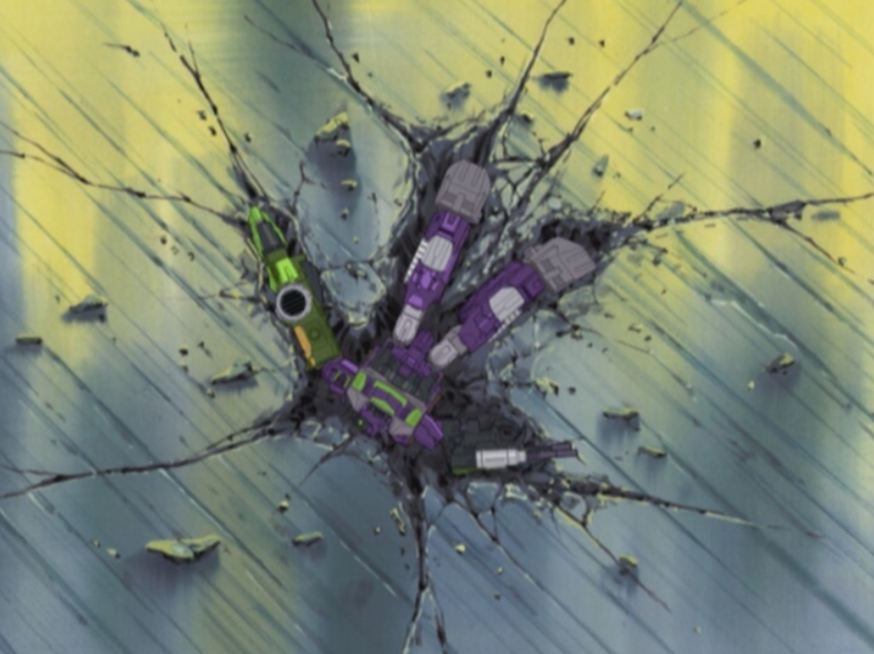 Naturally, Megatron is against using Energon for such a “frivolous” purpose and continually sends his armies to pilfer the energy source so that he may continue on his merry way to rule existence. Taking a page from the villain’s handbook, Megatron is much more willing to corrupt his opponents, rather than outright destroying them. This becomes fairly integral to the plot at points, when certain Autobots loyalty is called into question…something which is almost immediately resolved and forgotten about. I’m not just talking about the situation, but the character themself just kinda fades into the background after being the focus of roughly three whole episodes. It really doesn’t make any sense.

As the series continues to strive for grander and grander moments, it throws in a plethora of new characters. Unfortunately, these characters are rarely ever given a true introduction and instead just kind of appear. Clearly a side effect of the old “to sell toys” modus operandi, we’re presented with a number of flat characters who just serve to confuse everything. Especially considering that the other characters act as if we should know who the newbies are. They will often even call characters by the names they adopt, despite the fact they were not even present for their transformation. Seriously, everyone just starts throwing the name Galvatron around like they’ve known it for years. It’s confusing. That being said, thing get even more insane due to the fact that the dub will occasionally confuse the multitude of names. So good luck wrapping your head around that one. This free for all of names is taken to the extreme when, in one episode, the Transformers enter some kind of virtual video game. Within the tournament laid out in the game, Transformers will often appear alongside themselves…their previous selves. Just a reminder that even the characters you think you know are often completely remade for no real reason. 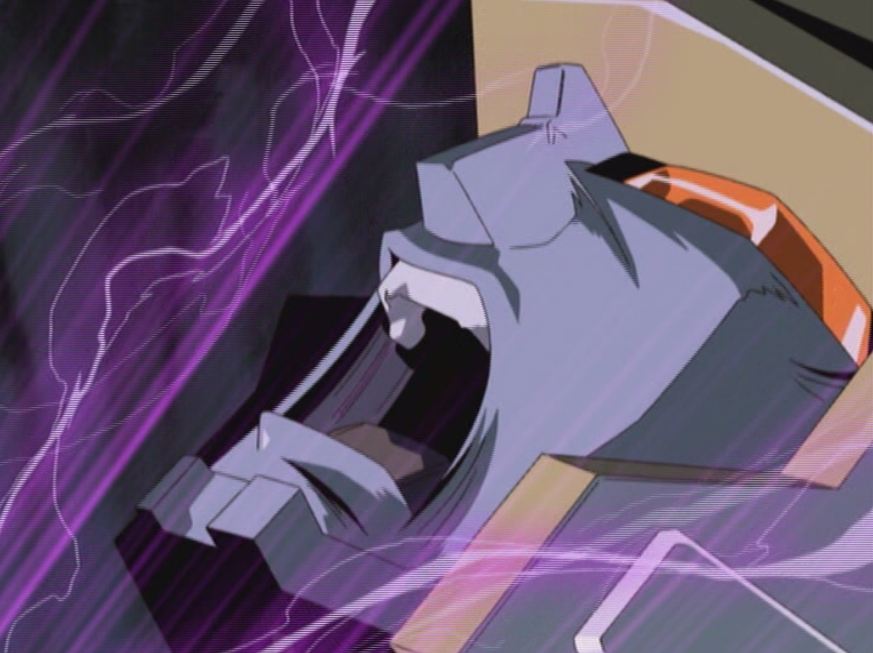 Visuals
The series is kind of weird in that it will rapidly shift between fluid animation and images that are honestly rather lazy. There’s no real pattern to how or when it will shift, creating a series that is visually mismatched overall. At one point I’m pretty sure there was a key frame that was just a zoomed in version of a previous one, creating noticeable pixelation and throwing off any sense of flow the visuals were trying to create.

The CGI on the other hand is at least consistent with its portrayal throughout the series. That being said, due to the time of its creation, the standard to which it adheres to is best described as: average. The limitations created by the CGI serve to severly reduce the manoeuvrability of the Transformers, greatly hindering the impact of what should be some pretty stellar fight scenes. This isn’t helped by the plethora of detail lines that are present on each Transformer. When more than one is present onscreen, it can quickly devolve into a confusing visual of CGI bodies. If that wasn’t bad enough, you’ll often bear witness to some rather ridiculous moments. In an attempt to justify why the Transformers even need alternate modes in the depths of space, they will occasionally revert to vehicle form. Naturally, this results in cars majestically soaring through the absolute void. Though clearly this is repurposed footage, on account of their wheels still spinning despite there being literally no reason for them to do so. It’s honestly kind of funny.

For some scenes however, the Transformers are rendered in traditional 2D animation. Though only ever briefly, it is a great visual upgrade from their usual appearance. It also allows the Transformers to express the emotions implied by their voice, something the 3D fails to do. It’s kind of a shame that CGI is the default. 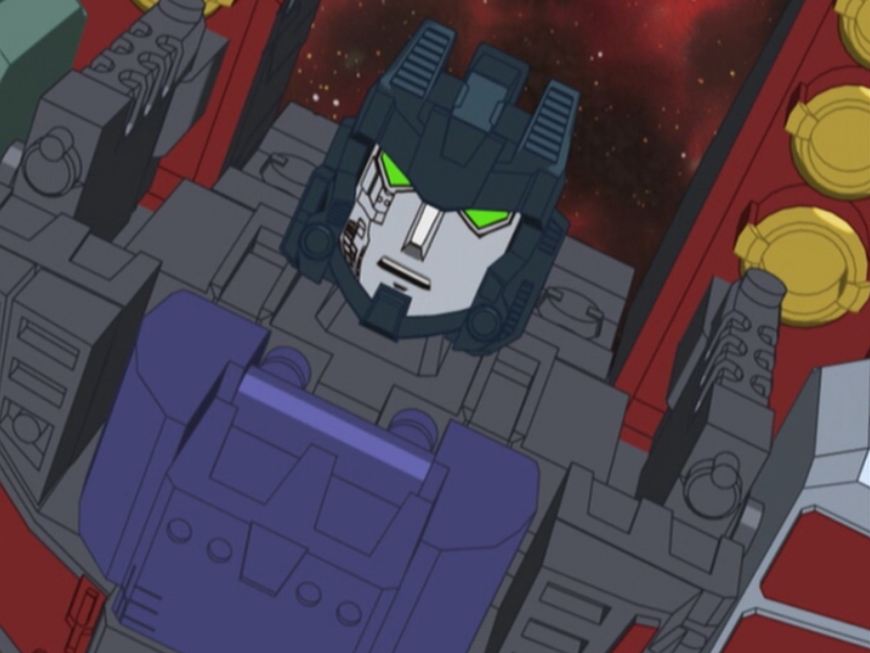 In space, no one can hear you Starscream

Audio
Just as with Collection One, the English dub of Energon is surprisingly good. Whilst the voices themselves are varied and express the appropriate amounts of emotion, they are let down by the dialogue itself. Being targeted towards a younger audience, nearly every single character speaks with annoying amounts of detail, explaining exactly what is happening and what will happen as a result. Though this does not happen all the time, it’s a shame to see such a good cast forced to treat the audience like fools and dampen their performances. Especially Snowcat…man that yodelling gets on my nerves.

The musical score once again serves to amplify each moment that it plays behind. Want some added drama? Some trumpets will be there to fill in the silence. Want that sombre moment to really hit home? Boom, violins. The soundtrack has enough range to cover a variety of situations, doing a great job in supporting the visuals and dialogue.

Extras
To round off the bios that began in Collection One, this release includes some handy details that explain the Decepticons in a little more detail. There’s even some shots of their toyline incarnations, just to see how they translate into the real world. As usual, expect to find a selection of trailers showcasing other shows that you might be interested in. So the bios are definitely your go to Transformers bonus this time around. 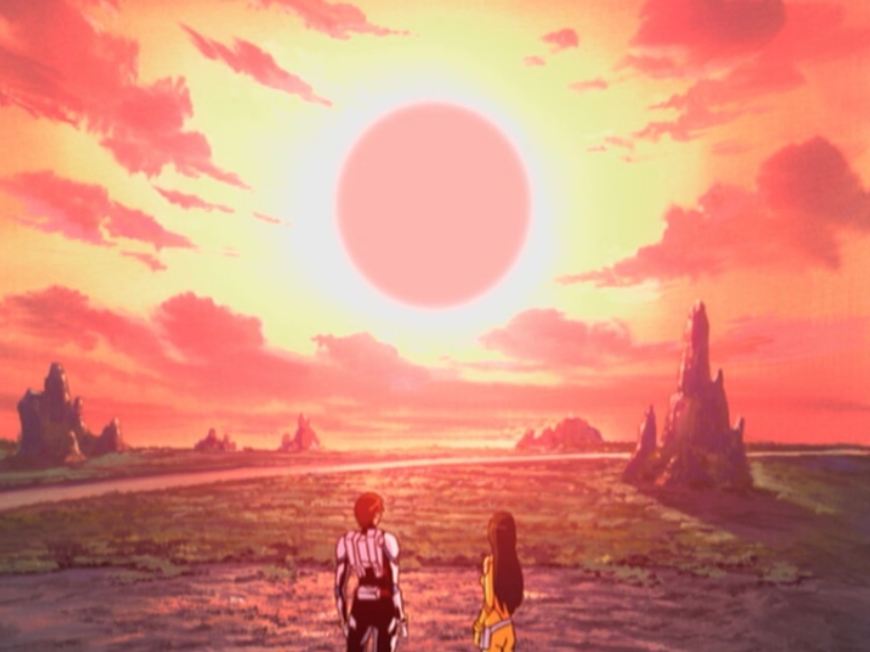 The planets we fight for…

Overall
Collection Two serves as an interesting final half to the Energon series. Increasing the stakes laid out in the earlier episodes, the backdrop of multiple planets serve as a unique way to enhance the story. That being said, the overall progress of the story remains relatively the same. Find Energon. Fight for Energon. One side wins. Winning side takes Energon. A simple formula, but hey, if it ain’t broke don’t fix it. That being said, it’d would’ve been nice to see at least some form of substantial evolution. Realistically, this collection could’ve had a much lower episode count. The entire plot is rehashed and drawn out to an almost painful degree, removing any sense of build up or drama. All in all, this series primary purpose was definitely to move merchandise. Although there are a few characters who receive some development, the series throws so many new names into the mix that it simply becomes chaotic. Heck, some characters just up and decide to change their name whenever they get a new paint job. Others revive in forms completely different to those they started as. If anything, it’s Kicker who stands out as the most interesting Autobot. At the very least, the conclusion of the Energon saga provides a somewhat interesting story that serves as a kicking off point for the next series to come in and complete the Unicron Trilogy.