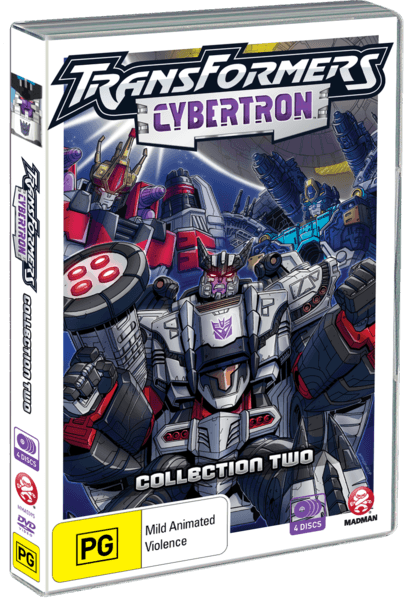 Overview
An Autobot’s work is never done. Having already struggled to save three planets from the clutches of Megatron’s grasp for power, Optimus and his band of loyal soldiers must work to protect yet another planet from the Decepticon menace. You know, in addition to saving the whole entire universe. But, one problem at a time. 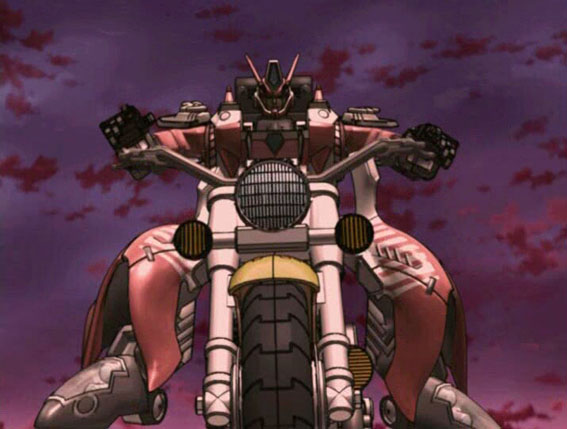 Story
Having already obtained three of the four Planets Keys, things are looking up for the universe…or at least they would be if the Omega Lock was actually in the possession of the Autobots for more than ten seconds. Still hell bent on power and claiming existence as their own, both Megatron and Starscream continue to vie for the Omega Lock, effectively creating a three way battle for the fate of everything…which sets the universe’s destruction at two to one odds. Yippee. Though inherently bad for the inhabitants of everywhere, Starscream’s lust for power is beneficial for the series itself. Ever the deceitful, treacherous lieutenant of the Decepticons, this series marks one of the few times that Starscream actually obtains the power he craves. Of course being the coward that he is this doesn’t help him much, but it’s still interesting to see him semi-succeed for once. It also creates an interesting fluctuation in the Autobot/Decepticon power balance as some of Megatron’s lackeys decide that they’d rather follow the newly empowered Starcream…at least for a while. Pretty much resting on par with the Decepticon leader, Starscream loses as many followers as he gains. Though are you really surprised that Decepticons aren’t the most loyal of followers?

Similar to the series that came before it, Cybertron possesses a number of plotholes and unexplained changes that just serve to add unnecessary confusion to the series. This occurrence is most notable in the representation of characters themselves. Despite following on directly from Energon, characters are entirely different from how we’ve seen them before. Take Wing Saber for example. When we are introduced to him in Energon, he was a rather inexperienced guard who, through the guilt of failing to save his friend, transformed into a powerful ally to Optimus Prime, willing to prove his worth. In Cybertron however, he is an arrogant, disrespectful Autbot with a military record littered with violations and reprimands. He even assaulted Optimus at one point apparently. It just doesn’t make any sense. I mean why bother re-introducing an old ally if you’re just going to slap a new personality on them anyway? And don’t go thinking it’s because they wanted to re-use a design…because they changed that too. When you get right down to it, the name is the only thing that stays the same. 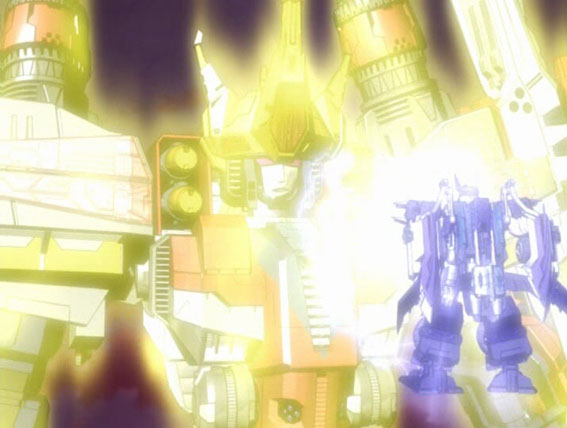 Characters also suffer a rather substantial degree of power degradation over the episodes. Originally presented as a warper capable of keeping even Optimus Prime on his toes, Sideways progressively becomes clumsier as the series continues, to the point that the children use a tripwire to knock him unconscious. Not exactly a terrifying foe. Even the Autobots aren’t exempt from this growth of weakness, as seen most prominently in Optimus’ Sonic Wing Mode. Though introduced as a form capable of swiftly dispatching a Starscream enhanced by the power of the Transformers’ God, the transformation quickly becomes just another source of stock footage. Optimus even uses this immense power at one point to teach a lesson to some meagre Decepticon lackeys. As if it wasn’t bad enough that personalities fluctuated between the series, you can’t even trust power levels anymore. It’s all just one big ball of confusion and heresay.

The series also spends a great deal of time trying to justify why the children are a even necessary facet of the Autobots. Apart from Coby acting as a medic, Lori and Bud really don’t contribute much to the struggle. If anything, Bud is a hindrance to their cause, spending a fair deal of time kidnapped by the enemy. The children even reveal the secret of the Transformers existence (which has somehow been forgotten by the public since Energon) to their parents in what is a rather strange scene. Though the Autobots seem completely fine with the children explaining the situation to their parents, they do not appear to lend credence to the children’s ramblings. Instead of aiding the children’s explanation by providing physical evidence of their existence, they allow the kids to sound crazy for a good 15 minutes, wasting time that they really don’t have. For no apparent reason. Seriously, Landmine was right there, all he had to do was transform and prove their story true. He even has an internal monologue debating whether he should disobey Optimus’ orders and transform, only to have Optimus appear moments later…and transform. It just didn’t make any sense. Even this series explanations of confusing elements are confusing… 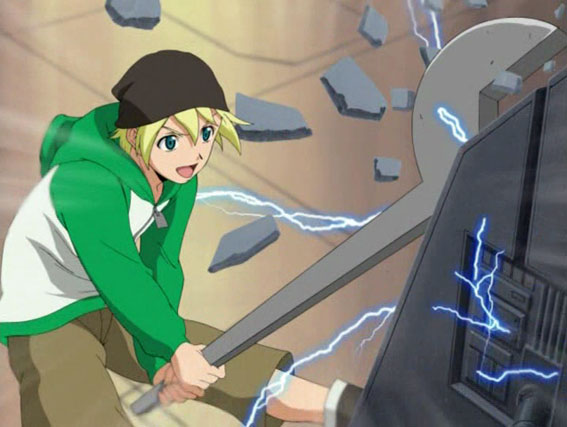 Well, that’s one way to use a wrench…

Visuals
Following on from Energon, Cybertron utilises CGI to render the titular Transformers. Unfortunately, CGI becomes dated quite quickly, so this series from 2005 does not hold up too well. In an attempt to add detail to the 3D model, the series added an abundance of defining lines to each character…perhaps to many lines. The final designs of the Transformers wind up being visually overwhelming to a degree, a problem that is only exacerbated when you add more characters and movement into scenes. That being said, the limitations of the CGI severely restrict the Transformers’ degree of movement. Regardless of a fight’s intensity, the characters will move at an annoyingly slow pace, reducing the sense of drama greatly. Transformers will also sometimes stand completely still on the battlefield, being struck by attacks that would otherwise be easily avoidable. In a strange way, these limitations serve to support the plotholes in the series, creating situations that really shouldn’t have happened. Though, perhaps in an attempt to rectify the character’s overall lack of physical prowess, Transformers will often become cloaked in an aura of pure power, “Burning Justice” if you will. It’s…interesting, to say the least.

As this series features a much larger cast than Energon, you will undoubtedly get used to the CGI animation to a certain degree after a while. Whilst this has the benefit of making the series more watchable, it can also cause the 2D animation to become jarring at times. After spending a majority of an episode watching the titanic CGI Transformers trudge along with a minimal display of emotion, it can be kind of shocking to see faces that actually react to a situation. Though that too is something you get used to as you continue to watch.

However, there was an element to the series that was a source of great annoyance as the episode count rose. Two words that are the bane of any animation: stock footage. Honestly, we’re halfway through the third instalment of a trilogy, I think it’s safe to assume that we understand how transforming works at this point. However, the series consistently uses the same transformation sequences ad nausem throughout every episode. Even fights suffer from this replication of footage. The most notable of these being Optimus and Megatron having literally the same fight in two back to back episodes. The audio tried to save it by inserting additional lines of dialogue, but to no avail. The damage of stock footage was too great…and annoying. 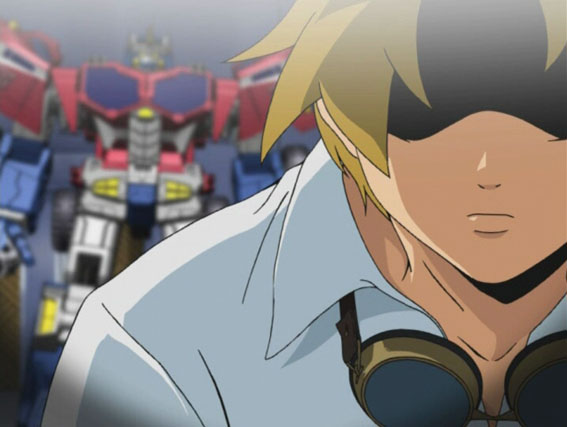 Audio
Well there’s no doubt about it, the Cybertron possesses a…unique vocal cast. It would seem that whether Autobot or Decepticon, all Transformers are rather fond of Earth accents, leading to teams that are a melting pot of pseudo nationality. Australian, Scottish, Irish (I think), Southern (like from America)…70s DJ. You name it, they forced it. Though it certainly individualised the Transformers from a vocal standpoint, the accents are a rather strange choice if you’ve been following the series trilogy. Much like the personality changes that plagued the series, characters have adopted new manners of speaking for no apparent reason. Of course these changes serve no real purpose and characters pay no mind to their comrades sudden acquisition of culture. Even from a meta standpoint its strange, as many of the voice actors from Energon are still in this series…just as different characters.

In addition to accents or unusually stoic diction, the Transformers voices are laced with a filter in order to add a robotic sound. Though, much like the accents, the degree to which the filter is utilised varies between Transformers. Some characters are so heavily filtered that it can be difficult to understand them at points, whilst others have the barest metallic twang to their voice. The most prevalent example of vocals taken too far is the brief moment when Jolt speaks as the emissary of Primus. As both characters speak in tandem, the sheer difference between their pitch renders the dialogue quite difficult to decipher.

Extras
Not too heavy on the extras, this release features a few character bios for the more prevalent Decepticons from the series. Plus standard anime trailers. I suppose that the final episode of the series could be considered an extra if you really think about it. Though the series officially ends at episode 51, the 52 episode was dubbed in order to round off the show’s full year run. This amounts to a dub of what should have been episode 2 (which was fused with episode 1 in the English run) slapped on after the finale. So don’t be taken aback when after the end the DVD leaps back to Coby repairing Landmine. Just consider it a trip down memory lane. 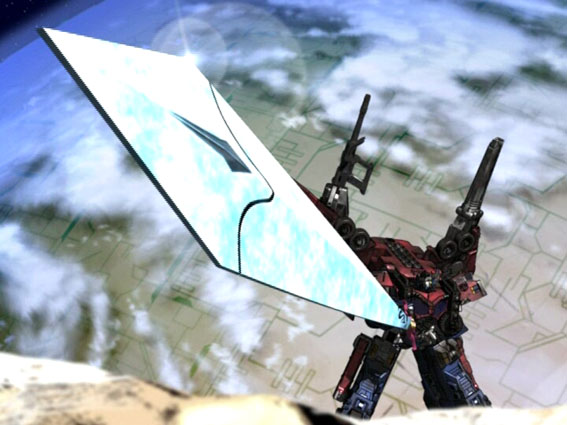 Overall
Transformers Cybertron Collection Two is, as unfortunate as it may sound, a portion of a series trilogy that failed to reach its full potential. Though the culmination of so much set up and development, this final half of Cybertron just seemed like another collection of routine missions for the Autobots to complete. Sure they kept noting the black hole threatening to consume everything, but there was never a sense of urgency to anything. Not that the Transformers could move fast even if they wanted to. It also didn’t help that both Optimus and Megatron threw around the term “final battle” almost every time they met. By the third time they say it you just expect both to live to fight another day. You can’t get much worse than taking the drama out of the term “final battle”, it’s seriously one of the most dramatic events in any series. Oh well. Also, despite how much I’ve referenced it, this series really had little to do with the series before it. So many plot points established from Energon are simply ignored, or worse contradicted. What happened to the Energon cities? Why does nobody know about the Transformers anymore? Just how many human friends do the Autobots go through? All questions I’m afraid are left unanswered. All things considered, Cybertron ended well for a series that continuously managed to be alright. Though I will concede that the final episode was rather uplifting and focused on the steadfast childhood truth that Transformers are truly amazing. Just maybe not in this series…