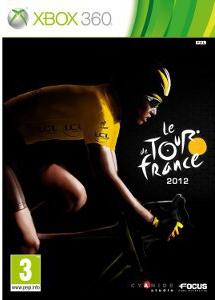 Overview:
In a year chockfull of sport, the Tour de France, one of the most gruelling tests of physical endurance around, is unlikely to get the coverage it deserves. Unless of course a British contender wins it, like Bradley Wiggins, at which point everyone in the UK will jump on the bandwagon and claim his personal triumph as a victory for England, pretending they were behind him the whole time. The Tour de France 2012 game was always going to be a relatively low-key release, but the actual event being sandwiched between Euro 2012 and the London 2012 Olympic Games hasn’t exactly helped its cause.

It’s no great shock that the game hasn’t penetrated a wider sphere of awareness, as it’s a low budget game that simply can’t afford to go all out on the advertising front. Most of the money would have been spent on improving the build of the previous game rather than starting over. The important thing is that cycling enthusiasts with a penchant for gaming know of its existence, as this is the group that will get the most out of it. 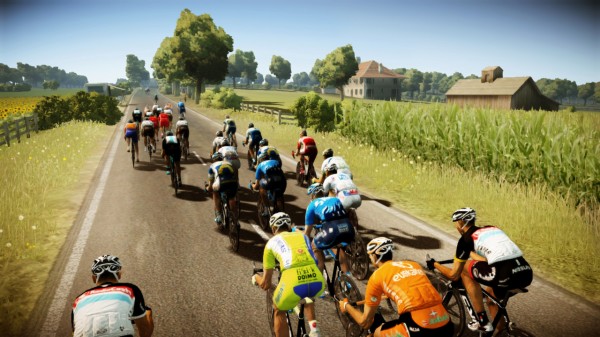 Gameplay:
The gameplay is mostly re-used from Tour de France 2011 – understandably so, as the 21 stage race itself doesn’t change that much from year to year and the developers can’t just add a new route to the race for the sake of there being something new. Just how similar it is, however, can evoke feelings of déjà vu if you played last year’s edition.

The control scheme remains more or less the same, apart from several very small additions which, despite their size, make all the difference. As before, it is a simulation of cycling, so there’s no pumping the triggers in time with the pedals, only a continued cycle in which you decide the pace at which to travel. You do this by pressing A regularly with if you want your rider to push on and build up some momentum, or occasionally/not at all if you want to give them a rest like if it’s a downhill section. You control the steering to a certain extent in that you can swerve to exploit gaps (though not to collide with others and cause accidents), but if you don’t steer the auto-assist is likely to keep you from going off the road.

The heads-up display has been refined, emerging less cluttered and a lot more workable. For a start, the pointless ‘danger’ meter from last time is gone, which is just as well because it was a struggle to your rider to crash and fall off back then too. The heart monitor telling you your rider’s exertion remains, as does an arrow wind direction and speed, and an ever changing number indicating the gradient of the current stretch of road (which the graphics often struggle to make clear). Even your energy bars are clearer now, with a yellow endurance gauge and a red sprint one, a press of B switching between the two cycling modes. In this game, you can now replenish these energy stocks with a mid-race snack when the pressure’s off. 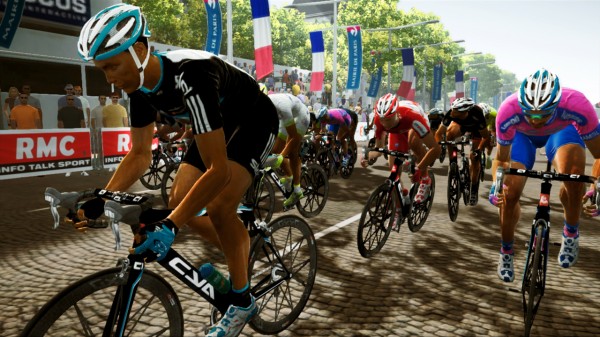 If there could be any doubt of Tour de France 2012’s simulation credentials looking at the detail the racing mechanics go into, then the fact that there’s a voice communication network between your AI manager and squad mates surely settles it. While it’s still as meaningless as it was in the last game, (the mess of riders makes it hard to identify your team colours and then there’s the problem of working out who’s who amongst your team), it’s undergone some changes which make it easier to use. This means that although you’ll often get the response that they’re tied up and can’t kick away from the group as commanded, the shoulder button controls mean you can at least issue the command fluently.

Used properly and when you keep tabs on your squad and issue regular instruction, the system works, but it’s a lot of extra effort to go to in order to ride in a team when it doesn’t make all that much difference, so most players will probably end up utilising only the manager’s race-status updates from the voice comms system. To say the game isn’t interactive thanks to all these menus wouldn’t be right, but it’s definitely a different kind of interaction.

Like Tour de France 2011, gameplay switches between actively cycling and a simulation mode. 3400-odd kilometres is a long way to travel in practically real-time – and time-consuming at that – so to prevent the game being as gruelling an event as the real thing, you only play certain sections of the race. Most of the distance is covered by AI in a sim mode which acts according to your tactics and finishing position when you were racing. This is represented as a live-feed of a line graph which lasts a minute or so, with the game returning control to the player for 30km two or three times at the more interesting parts of a stage. 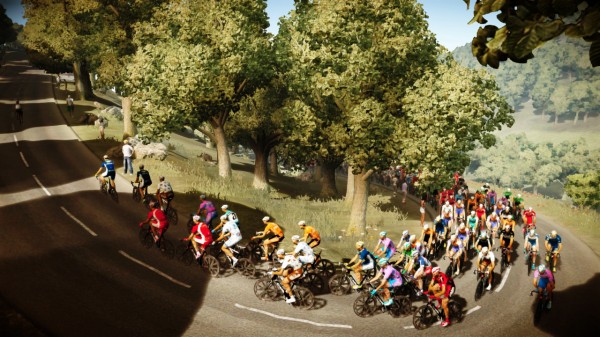 Visuals & Audio:
For anyone who played the previous game, the introductory video to your Tour de France campaign is just as likely to have you saying “have I been here before” as it is to get you tapping your foot saying “this music’s kind of funky”. Everything from the game’s menu music to the game’s visual design is confusingly similar or the same. As the cycling is unerringly similar to 2011’s, it only makes sense for the main menu and accompanying soundtrack to be similar or even exactly the same.

The in-game graphics haven’t improved since last time and stand as a poor example of what the Xbox 360 is capable of. Rolling through the French countryside should be idyllic – and is on Tour de France 2012 if you focus on the race and see your surroundings through the corner of your eye. Look too closely though and you’ll notice the unconvincing character models standing by the side of the road, many of whom are the same person, and even the same parked cars as last year. The draw distances are so low that hedges, or worse still, railings, are literally forming alongside you as you ride.

Do these visual shortcomings affect the overall experience? Not really. It’s a simulation, a genre known for being a little rough around the edges, but better graphics would certainly be an improvement and make it easier on the eyes. Still, the sight of a massive field of cyclists on the starting line is something to behold. 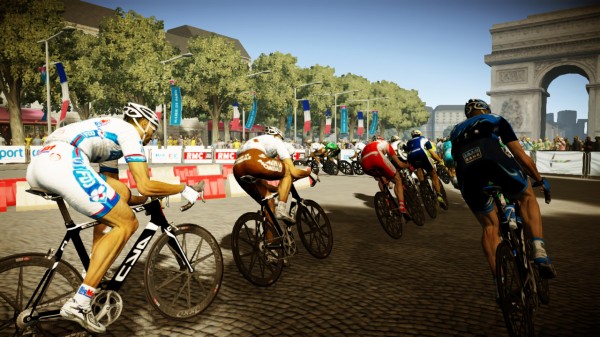 Overall:
Tour de France 2012 will provoke a range of feelings in the different people that play it. For those used to the modern pace of games hoping to realise their fantasy of a 50 bike pile-up – boredom. For those who played Tour de France 2011 – déjà vu. And for keen or competitive cyclists or cycling enthusiasts, I can only assume a similar sense of satisfaction to it that they get from the real thing. There’s no racing ahead because you can press the button faster than the CPU players; although it is possible to take the lead by quite a way, it requires careful measure and application of your effort bars, as well as the acknowledgement of factors like the wind and gradient of the slope.

It’s a testament to the level of involvement when you’re able to fiddle around with a number of menus mid-race and are even encouraged to do so. Many will misinterpret the game as boring, when actually it’s just good at what it does. What it happens to do though, is be a cycling game, something difficult to pull off and, ultimately, something of a specialist interest.