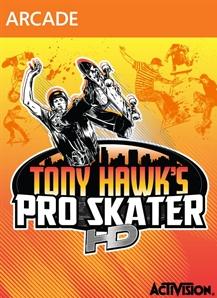 Overview
When Tony Hawk’s Pro Skater first launched years ago, it was the game that could turn you into a popular kid by simply owning a copy. The year was 1999, Tony Hawk was at the peak of his career, the Nintendo 64 and Playstation were battling for supremacy, and console gaming was replacing arcades rapidly due to the mass amount of hits that were brought out at the end of the 90’s. Pro Skater itself was like nothing else before, leading to a ton of sequels and fanfare, which are all ancient history now. After many gamers got burnt out by the mass explosion of skateboarding, the series died down considerably and has had a hard time finding itself in this era of evolution and motion controlled madness. Tony Hawk HD is more of a celebration of the series than a new entry, with levels from past games, a killer soundtrack, and those famous faces all making a return into relevancy. The question is, can an HD recreation live up to fans’ expectations? Let’s find out. 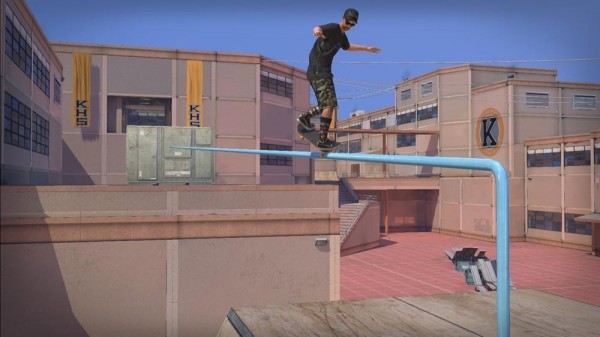 Gameplay
When first starting at the old Warehouse, players shouldn’t have too much difficulty getting the hang of that classic control scheme. Players can move their skater around a park with the left analog, build up speed with A, and of course pull off jumping and grinding by utilizing the other face buttons on the controller. Yes, not much has changed from past games, and when it comes to proper mapping, Tony Hawk HD gets a pass due to how accessible the game still is. The tricks and airtime are where this franchise gets it’s name though, and that is where it sadly starts to falter. 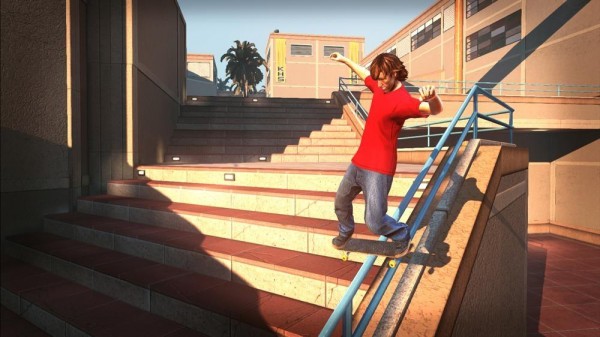 Robomodo made most of the tricks easy enough to combo into and a good number of memorable maneuvers have made a return, but this game’s physics can put a damper on the entire experience, greatly robbing the player of that freedom we have grown to know and love with the franchise during its earlier years. If a player is able to get enough air and start throwing down a chain of combos, the game can have a hard time accepting all of the inputs at once, which usually leads your skater falling to the ground instantly. Landing a trick is already hard enough, but these physics are rough around the edges and can lead to sheer frustration within seconds. Manuals assist a great deal when it comes to chaining a combo, but the lack of reverts that were introduced in Pro Skater 3 leave a missing space in this game, making it show it’s gray hairs in the process. Yeah, Tony Hawk HD makes it pretty clear that it’s all about the originals, but the little inclusions of such important maneuvers could have greatly improved these already shaky mechanics.

Execution of those jaw-dropping trick combos and techniques still revolve around a mix of timing and precision; meaning that after a bit of practice, one could master each skater and land their special moves in style with some old fashioned trial and error. Luckily, Tony still has his moxy in that area, as the game is still addictive when it comes to getting back on that board and trying again. Sadly, there are bugs on top of the messy gameplay elements that yet again take the player out of the skate park and into another realm of anger. As many of you know, if you fail a trick, your player resets back to their previous position. I had many moments where the game would mistake a slight movement for a fail, and then reset my character back in the blink of an eye. At first I blew it off, and kind of suspected it was just a one time ordeal, but after resetting while in mid-air and..while resetting (yes, and double start-up of sorts), this small bug became a bigger problem. I understand the developers recreated a lot of this content from scratch, but flaws like these make it seem as if this game was rushed out a bit too soon. 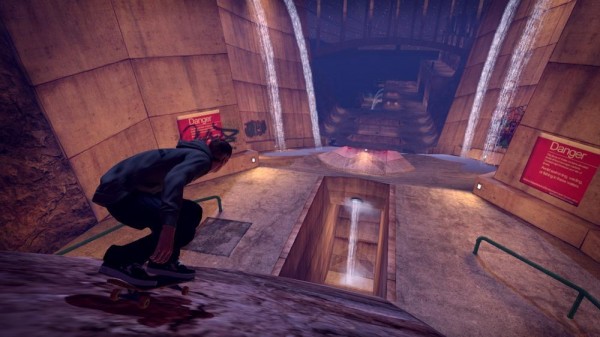 Underneath all of the flaws, there still is a decent single player mode to keep you busy. Each stage is made up of a good number of objectives to complete before moving on to the next area. Tasks like racking up a high score, landing specific tricks, and collecting S-K-A-T-E letters are all back, and each stage has enough to keep the player focused for hours at a time while they mark off their checklists. 7 classic fan favorite levels such as School II, Mall, and Venice Beach make up the locations within. That number may seem a bit small, but for a digital release, I found it to be sufficient enough. The skaters are also a motley bunch, made up of the Hawkman himself and some more recent faces, with a few returning characters that past players may remember. No, there isn’t Spider-man, but each member of the roster feels different from the next, which of course adds to the overall replay value of the game. 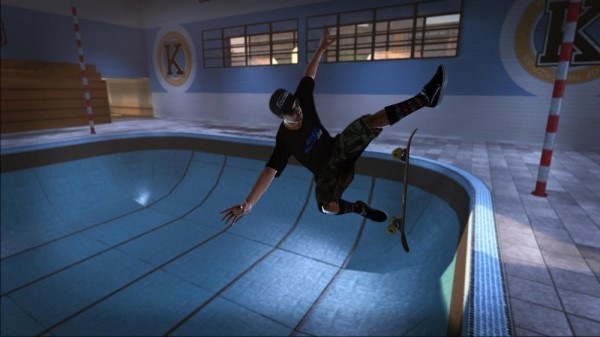 Instead of split-screen, an online mode has been included for Hawk-heads to get their multiplayer fix, with series’ staples such as Grafitti and Trick Attack. The humorous but slightly forgettable Big Head Survival mode has also been added, but the lack of HORSE certainly leaves a lot to be desired. If multiplayer isn’t your thing and you have finished up with your objectives, there still is a Free Skate option and online leaderboards to dominate. Some fans like myself however are sure to be disappointed with the lack of customization when it comes to the parks and boarders, as aside from avatar support, there isn’t much of your own personality to add to the game.

Visuals and Audio
When you hear the term HD, you usually think about character models and environments getting a full facelift. That is half right for Tony Hawk HD, as there are a few locations that look great and still manage to capture the essence of the original stage. Dimly lit stages like the Warehouse however are extremely stale, and feel as if the life has been sucked out of them, leaving a brown and grey shell in their place. The same effect goes for the skaters themselves, as the lighting used just seems to rob the game of color around every turn. My own avatar doesn’t even have much color in his outfit, but this game managed to take his little soul as well during all of the indoor areas. I understand that shading is important for updating an aged game like this, but I would rather go back to the old blocky visuals than see a good amount of Pro Skater’s charming aesthetic taken away. Animations are also a bit hit or miss, with some occasional clipping issues and jerky movements while crashing. 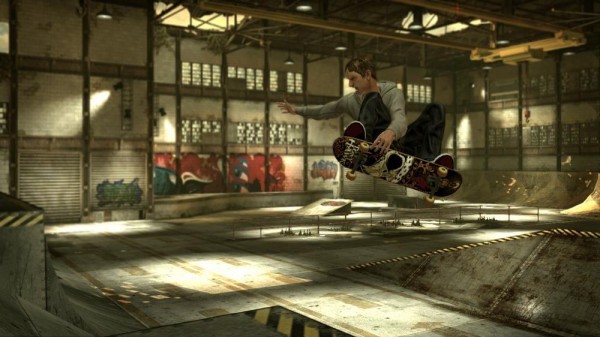 The soundtrack is definitely a high point of the experience, as all of the great music from the first two games is back and sounds better than ever. Songs like Superman and Bring The noise are sure to be a nostalgia rush to most of us out there, while new tracks have also been introduced that still fit in flawlessly. The sound effects however are a bit unbalanced with this awesome soundtrack, as glass shattering and helicopters taking off sound too overbearing and can easily throw a player off while in the middle of a trick.

Overall
Tony Hawk’s Pro Skater HD is a game I wanted to love, so much in fact that I played the original blue Nintendo 64 cartridge while preparing for this very review. I still had a blast with the older game – even with it’s own shortcomings as the experience was full-on “arcadey” and just simple fun, which is why the series was so successful to start with. Tony Hawk HD should have been an easy remake considering the classic can still hold up, but it’s bugs, lifeless visuals, and exclusion of customization keep it far away from reaching it’s true potential. The Pro Skater series was a legendary staple in this industry, and much like the more recent and heavily flawed predecessors, Tony Hawk’s HD offering feels like more of a quick cash-in on this series’ name than the true tribute that it could have been.