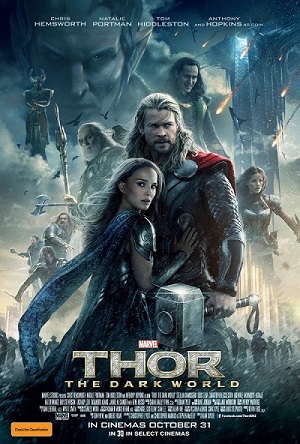 Thor: The Dark World is the title character’s second solo film. The role is staunchly reprised by Australian actor Chris Hemsworth, who is also once again joined by the returning Natalie Portman as astrophysicist and love interest Jane Foster, and Tom Hiddleston as his half-brother and God of Mischief, Loki, among others. A dormant threat in Malekith the Accursed (Christopher Eccleston) has awakened, set on plunging all nine worlds into darkness using the Aether, as it once was before the creation of light. Thor: The Dark World is as close to a space opera as we’ve seen so far, likening itself – at times – more to Star Wars than any prior entry in the Marvel Cinematic Universe.

Said to be older than the universe itself, the Dark Elves thrived in utter nothingness before creation and the birth of light. Seeking to restore existence to its originally empty state, Malekith – the ruler of the Dark Elves – vowed to control a mysterious forced called the Aether in his quest to transform all he saw into dark matter. Eons ago, the Asgardians waged war with the race, attempting to prevent this very cataclysmic event. Bor, father of Odin (Anthony Hopkins), successfully led his army in vanquishing the enhanced, “Kursed” warriors, and containing the Aether in a stone column. Malekith, however, fled with his lieutenant Algrim (Adewale Akinnuoye-Agbaje), unbeknownst to the victorious Asgardian king. 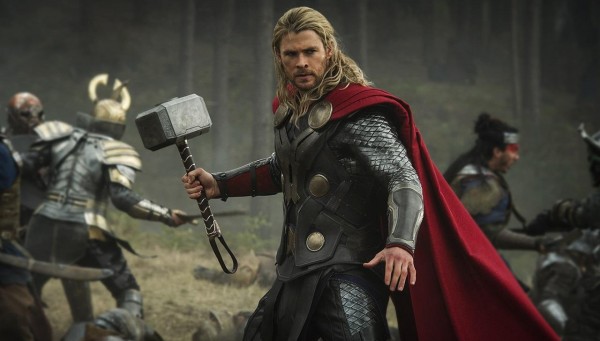 In the current day, Loki is brought before Odin in shackles, sentenced to imprisonment for his actions on Earth. Thor, meanwhile, is battling the Marauders on Vanaheim, alongside lady Sif (Jaimie Alexander), Volstagg (Ray Stevenson), Fandral (now played by Zachary Levi) and native Hogun (Tadanobu Asano). After the destruction of the bifrost, the nine realms fell into disarray, and so order needed to be restored. Jane Foster, understandably, had no knowledge of this, harboring resentment of the thunder God for not abiding by his promise to return to her until two years later… when she disappears from Heimdall’s view after researching a physics anomaly and unknowingly entering through a portal to the exact location of the long-hidden Aether.

Curious to a fault, Foster gets too close, resulting in the Aether transferring itself from its stone entrapment to her body. She awakens back on Earth to find a worried Thor. Taking her back to Asgard in order to discover what coursed through her veins proved to be a huge error, with Malekith breaking out of status and being led directly to the Asgard like a missile to a homing beacon. The strange happenings revolving around the random rifts found on Earth are determined to be caused by the ‘convergence’ – the perfect alignment of the nine realms which occurs every 5000 years. This is a condition needed to be met in order for Malekith to spread the Aether throughout the universe and usher in a new dark age. 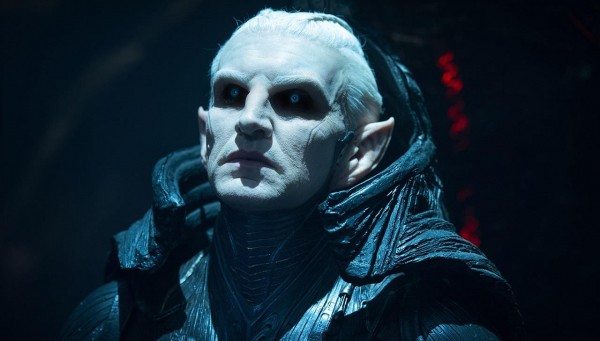 Without spoilers, a powerful plot point gives Loki specific motivation for revenge against the Dark Elves, and it just so happens that Thor would give him that opportunity, as Loki’s unique knowledge of a secret pathway deems his assistance necessary. Loki’s screen-time is filled with hilarious banter and self-aware comedy. References to events from the past are heavy, and in one particularly humorous scene, the mischievous one uses his trickery to present himself in the facade of a familiarly patriotic hero whilst conversing with his brother. Aside from Darcy Lewis (Kat Dennings) and Dr. Erik Selvig (Stellan Skarsgard) back on Midgard, Loki is the comedic relief, but that doesn’t mean that he is afraid to get physical either.

Of note, there is a swerve… or two… or three, that keeps the audience guessing and reinforces the expectation that, just when you thought you had Loki figured out, he will deceive you. He is always unpredictable and the best foil for the character of Thor. In regards to flaws in the story, there are some gaping ones if you care to acknowledge them. Why Loki is the singular soul with knowledge of a precise portal, which only appears every 5000 years (an Asgardian’s lifespan) is hard to understand. And speaking of unbelievable, [SPOILER ALERT] how a man-made piece of equipment that looks like a pogo-stick with wires, and its function based upon theoretical, unproven science, can move and trigger portals is beyond me. Add to this that said random, invisible portals tend to conveniently lead wherever characters need/want to go, and you may just be pulling your hair out in frustration. Hopefully you have the capability to ignore such questions and enjoy the proceedings.

Mostly due to repeated visits to Svartalfheim, Thor: The Dark World is a much darker film than its predecessor. The Dark Elf home world lives up to its inhabitants’ namesake, with little light shining through the thick, ever-present clouds. The landscape is barren, reflecting the race’s innate nihilism. Jotunheim – another radically different realm – is briefly revisited amongst the chaos of the convergence, with its icy guise immediately recognisable from the first film. On the rare occasion, green screen compositing is sub-par. In particular, whilst standing in front of the Asgardian throne in the (near) final scene, there is a distinct inconsistency with the lighting of Thor against the 100% computer generated backdrop, giving that obvious rim-light effect whereby we can instantaneously differentiate between real-life and CGI elements. 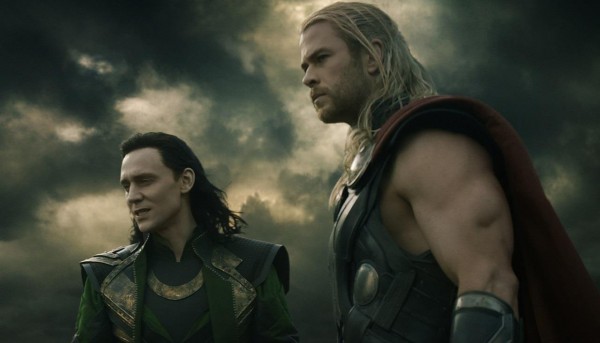 Thankfully, the above is only painfully noticeable in that single scene, but it draws you out of the experience nonetheless. Otherwise, Asgard is stunningly represented, much like in the first movie. Thor: The Dark World is the most visually spectacular film in the Marvel catalogue to date, not only because of this fact, but also the breathtakingly well-designed and well-shot action sequences from Director Alan Taylor. In the audio department, composer Brian Tyler provides another serviceable, yet unexceptional score. And strengthening the aforementioned comparisons to Star Wars are the sound effects utilised in representing the Asgardian/Dark Elven weapon fire and aircrafts. They often sounded so similar that they could have been ripped from the franchise and transplanted without any alteration, and few would be able to tell the difference.

Thor: The Dark World is wholly entertaining… once you shut off the entire left hemisphere of your brain. Sometimes, that’s difficult to do. For others, it’s the easiest thing in the world. After all, we shouldn’t approach film-watching as work, but an escape; a piece of entertainment that allows us to indulge in fantasy. Personally, I struggle to find that balance between being analytical and completely suspensory of disbelief. If you’re the latter type of viewer, you should love Thor: The Dark World. It has heart, features good action sequences and will keep you laughing (somewhat surprisingly) throughout. If you’re the former, you’ll also be laughing… but for a different reason.