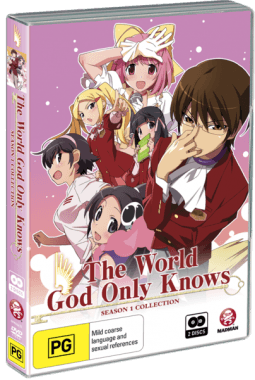 Overview:
The harem genre as a whole is one that is regularly frowned upon due to it’s over-sexualization of women and general formulaic nature. The World God Only Knows has a pretty big task ahead of it, which is to defy the stigma against harem series. It’s something very few series are ever capable of pulling off, which is what makes The World God Only Knows so special, it does just that. 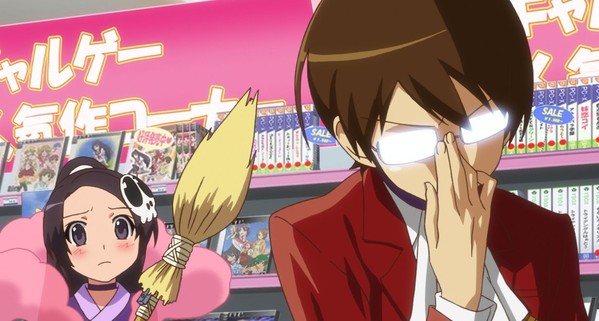 The World God Only Knows fits into the brilliant harem series category. It takes the tropes of the genre and turns them on their head. It’s got a creative streak unlike any other harem series in recent memory and it’s stylish as hell to boot.

The series revolves around Keima the self proclaimed Conqueror of Women, the only thing is, all the women that Keima conquers don’t exist. He is a pro dating sim player and has gained online notoriety for his efforts, unfortunately though for Keima, the  demons of hell have caught wind of his skill and sent the demon girl Elsie to work alongside him to free the women of the world of their ‘Loose Souls’.

In a strange way, The World God Only Knows is an anti-harem due to the fact that after Keima wins their hearts, they completely forget about all of it, leaving him alone with his 2D girls in his dating sims. It’s very unique and is something certainly different from the norm of harems, which generally involves a loser guy finding himself salivated over by all manner of women for no particular reason what so ever. 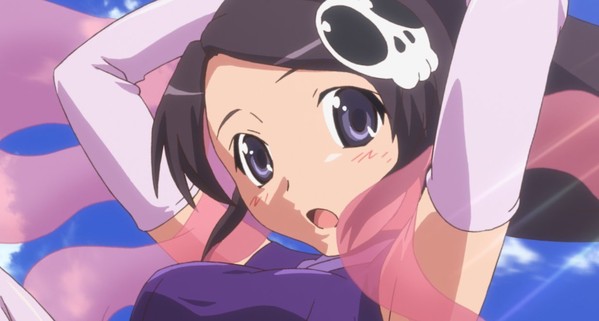 From start to finish The World God Only Knows is simply fun. The characters are endearing, the stories are memorable and the message is bold and true. This is not something that comes by everyday and it is a must watch. 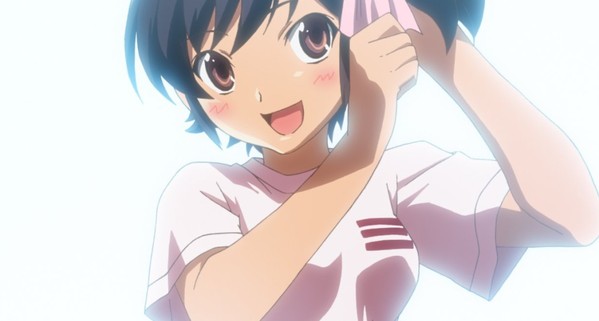 Visuals and Audio:
Manglobe put a lot of effort into this series and it’s evident through every single episode. The animation is absolutely gorgeous, with a great deal of attention to detail, right down to the slightest of character ticks, this show is so lively in terms of animation. The show aesthetically is very vibrant and colourful and features some incredibly memorable character designs, in particular Elsie, whom is in many ways the iconic character of the series on looks alone.

In terms of the soundtrack of The World God Only Knows utilises a mixture of digital beats and more standard pop tunes, which is of course a great combination when you consider the subject matter of the show (a character who is a pro dating sim player being forced to earn the love of real world girls). The opening theme in particular is a great song in it’s own right and simply addictive. The soundtrack from top to bottom is catchy as hell and a perfect backing for this series.

Extras:
Now for the unfortunate news. Madman Entertainment unfortunately did not include any significant special features or extras in this release, which is disappointing to say the least. The only special features included is textless opening and ending songs, which is of course the standard for any anime release these days. There is not much else to say, besides that this is a poor showing for a series that deserved some more extras to compliment the already brilliant series. 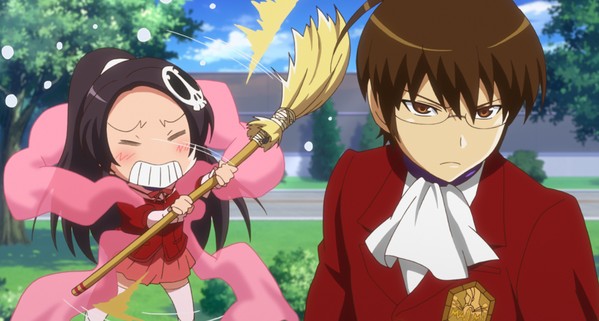 Overall:
The World God Only Knows redefines the harem genre through it’s sheer creativity. It takes a genre that is decades old and pumps it with new life in a way that most series can never achieve. It is the freshest spin on the genre in years and has some real heart underneath it. The heart beneath it all makes The World God Only Knows an endearing experience that must be seen.

While this particular release is a little low on special features, it is still a worthwhile purchase due to the excellence of the series itself. It is 12 episodes of anime brilliance, that is without a doubt The World God Only Knows.