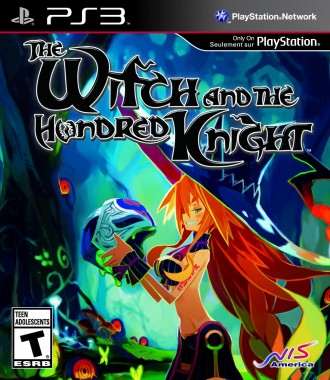 Overview
Nippon Ichi has been feeding gamers across the world a steady diet of role-playing games for over twenty years. With dozens of  established titles under their belts like the Disgaea and Hyperdimension Neptunia franchises, their fanbase has developed certain expectations. How does their newest title, The Witch and the Hundred Knight measure up, though? Will it take the world by storm or should it stay in its secluded swamp stronghold? 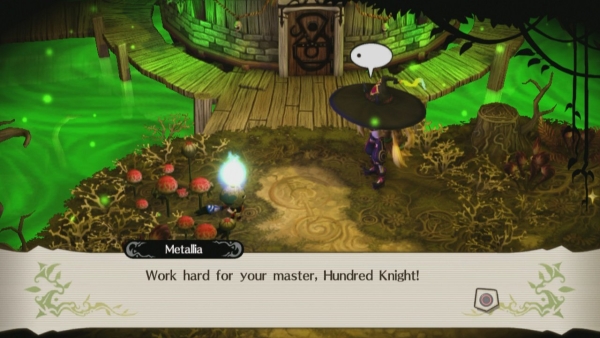 Story
Nestled deep within the lands of the Niblhenne Swamp lives the infamous, dreaded Swamp Witch, Metalia. For a hundred years, she and her nemesis, the beloved Forest Witch, have feuded, arguing over who is the more powerful spellcaster. Afraid to leave the comfort of the noxious swamplands, Metalia performs a summoning ritual to bring forth a mighty demon known as “The Hundred Knight,” to spread her swamplands ever further and help defeat her rival. When a small, unassuming creature steps through the portal, however, the boisterous, foul-mouthed Metalia begins to lose faith. After some quick pointers, she sends him off to face his destiny with little hope of victory. 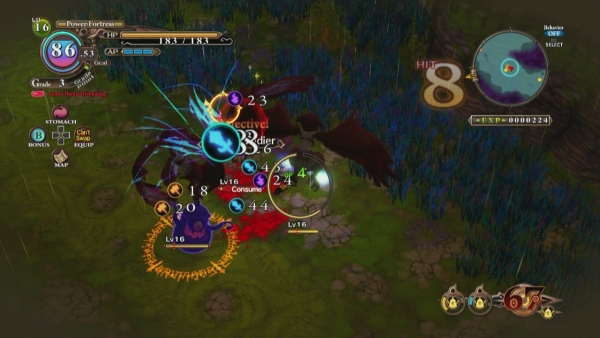 Gameplay
Though one could call The Witch and the Hundred Knight a role-playing game and leave it at that, doing so would be a great disservice to anyone with more than a passing interest in the game. While it’s true that you gain experience, level up, and equip new gear, The Witch and the Hundred Knight is far more complex than the label “RPG” leads on. With a little deeper analysis, you’ll come to see that Hundred Knight is part role-playing game, part action game, and part rogue-like.

The combat in Hundred Knight feels deceptive, continually growing more complex as you play it. To attack foes, you run up and jam on the square button, trading blows for spent stamina. You can equip up to five weapons at once, covering a range of classic fantasy weapons: swords, axes, hammers, spears, magic wands, and so on. Each equipped weapon grants the Hundred Knight an additional attack in his combo, granting its own unique characteristics (and weaknesses) to punish your foes. You can even chain certain weapons together for increased effect. Given the right circumstances, you can take on swarms of foes at once, but the game will be quick to punish you for shooting from the hip. 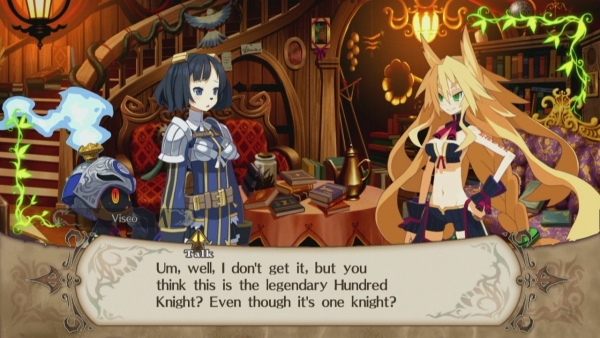 As the story progresses, so will the fighting capabilities of the Hundred Knight. He’ll eventually unlock different “facets” that have unique abilities and attributes. Each facet also levels up on its own, encouraging you to swap as you play.

Each mission in the game has the same basic overall structure. You’re placed into a stage with a map marker at your goal. As you move around, you’ll uncover more and more of the map, occasionally wandering upon “pillars” that serve as checkpoints. Breaking pillars open will flood the area with swampland, giving you a place to rest and an opportunity to spend “grade points” you earn in combat for temporary stat boosts. At the end of each level, there will be a boss of some type you’ll need to defeat. They often guard a major pillar Metalia needs crushed to extend her swamp. 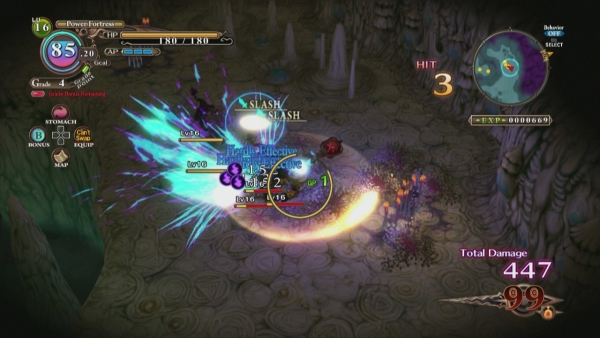 The real meat of difficulty in The Witch and the Hundred Knight comes from restrictions placed on you during missions. In honor of its rogue-like roots, you’re limited on time and action within each mission. You start each mission with 100 “Gigacals,” represented by a flame burning on the head of Hundred Knight. Over time, these will drain (whether because you chose to spend time exploring or because you died and had to borrow from them to refill your life), putting our protagonist in a real bind when the flame burns out. He’ll start to take continual damage, eventually dooming him to an early mission end and trip back to Metalia’s home.

If you’re the sort of gamer who likes to grind for levels and get ahead of the curve, you’ll feel woefully ineffectual with The Witch and the Hundred Knight. Some regular enemies can quickly swarm and overwhelm you and, worse, they level up alongside you, leaving you with few options other than fleeing or taking your chances. It makes you feel powerless, adding to the frustration of the Gigacal system.

To its credit, the game’s cast of characters is a lively one. Metalia is not only known for her evil – she has the skimpy uniform and foul mouth to back her reputation up. Her witty butler, Arlecchino, oozes sarcasm and humor. Hundred Knight alone is mute, choosing to take in the goings-on around him. The story is one that has the potential to be both interesting and side-splitting, but extended text-driven story sections that keep you from the action too long help quench that flame. 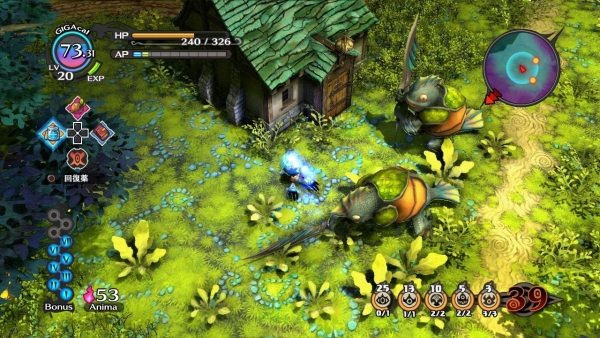 Visuals & Audio
The Witch and the Hundred Knight feels surprisingly weak in terms of visuals. As we near the end of the PlayStation 3’s life cycle and the next generation is picking up steam, it’s surprising to see a game with somewhat lower graphical fidelity. Don’t get me wrong – the hand-drawn character art is fantastic and the colors they use are vibrant and eye-catching. The environments, however, look muddy and character models occasionally feel almost fuzzy, especially when you take some of the sharp sprite-based titles Nippon Ichi is known for into account.

The audio design in The Witch and the Hundred Knight is excellent. The soundtrack is light and whimsical, suggesting an air of goofy, joyful romping as you explore the magical lands. The voiceover work is delivered with as much vibrancy and gusto as you’d expect from the makers of the Disgaea. As cheesy as the lines can be, the voice actors did a great job with their delivery.

Overall
Overall, The Witch and the Hundred Knight is an RPG with some good ideas that tried to do too much. Vibrant characters full of personality, excellent voice acting, and a great soundtrack help immerse you in the tale of Metalia and her Hundred Knight. Unfortunately, the Gigacal system coupled with combat that can feel both frustrating and downright unfair seriously hamper what could’ve been a wonderful experience. Couple that with meager visuals and some mechanics that feel overly-complex and under-explained, and all but the most ardent players will leave feeling somewhat confounded and underwhelmed.