Platformers are the quintessential gaming genre which have survived from the earliest days of the medium in the classic video arcades. They’re a game type which is a staple amongst the bigger studios, but they are also making a splash in the indie scene. The games from these smaller developers are (generally) targeted towards an older audience who can take pleasure in the punishing difficulty curve they normally possess. Into this comes The Sun and Moon, which was the winner of a 48 hour game jam called Ludum Dare (Latin for “to give a game”) in April of this year. With this accolade behind it, I eagerly dove into the game to see these merits firsthand. 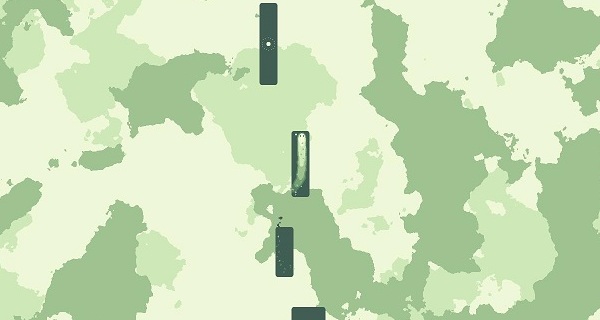 You play as a living blob who traverses each level, collecting orbs spread about before exiting through a wormhole. There are also malevolent clouds which can chase you around a level, but their motivations (amongst other things) remain unknown. As you might be able to tell already, there is no story in this game (as far as I can tell). I generally do appreciate narratives in games, but I understand that a game such as this would be difficult to design a story for and so we move on… 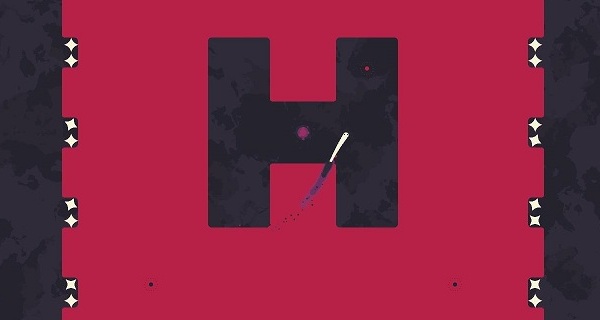 Here we come to the meat of this title. The mechanics are fairly simple, almost deceptively so, as you are able to move left, right, and jump. Holding down a button adds to this plethora of options by allowing you to dive into normally solid objects. This also swaps the direction of gravity as you begin to fall up instead of down. Momentum as you move from one substance to another is maintained so you can fly up from below ground at speed to make really big and high jumps into the air. It kind of reminds me of a ping pong ball being pushed to the bottom of a container with water before flying up to the surface and into the air from buoyancy. The way the game simulates these forces feels very natural to me and I commend the developers for using the physics engine in such a creative manner.

The levels themselves are similarly interesting with plenty of opportunity for the player to practice lateral thinking as they attempt to figure out how to traverse the level. You have to avoid spinning blades and falling off the edge (or through the edge if you’re slow on letting go of the button), but death isn’t punished and you just immediately restart the level. The game rewards you for completing a level within a set time limit, but you can still clear a level by simply making it to the end. By clearing levels you unlock newer and more nefarious levels to play in, with some featuring some very clever designs which make great use of the game’s unique mechanic. 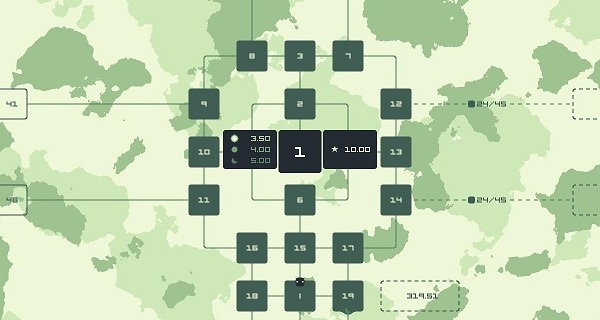 My one gripe is that it feels that the aforementioned mechanic is the game’s ONLY mechanic with which I have to contend. Theoretically, this means players can go about mastering and developing in-depth techniques for this one element but effectively I lost interest fairly early. Certainly, the levels make good use of this mechanic and there were many times when I was stumped for a solution (which shows that this game does provide a reasonable challenge). It was, nonetheless, difficult for me to build up the motivation to play this game. I found the gameplay to be too simplistic for my tastes and I felt increasingly disengaged as time went on. I imagine for some players, the desire to do better and achieve better times would be a significant motivator but it was not strong enough for me in this instance. 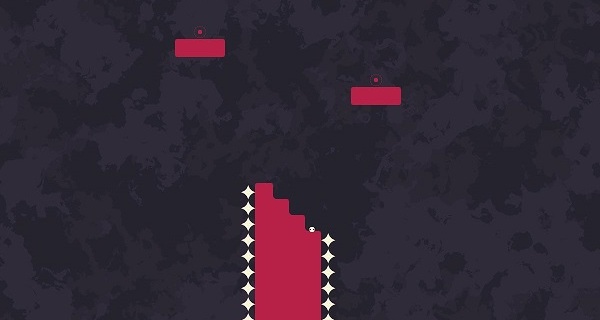 The visuals are fairly minimalist with a high contrast between the player-character-blob and various objects within the environment so you can always see what hazards are around you. Across the various stages, there is little variation beyond the colour of the background and foreground (as far as I could tell). I’m not overly focused on aesthetics, but I do prefer my games to have a bit more visual candy.

The game soundtrack is actually quite enjoyable, but I think I may just have a special place in my heart for soft, eight-bit, synth-electro as it’s essentially just the same chords played again and again (with some variation amongst zones). Nonetheless, the sound design is as minimalist as the rest of the game. 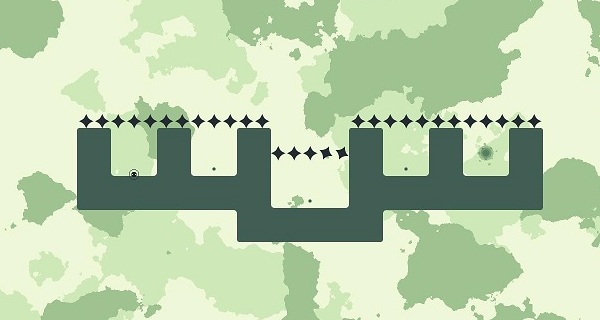 I had a hard time enjoying the very restrained design of this game, which isn’t to suggest that I dislike games with a minimalist bent… but comparing my experience of this game to my experience with Deepest Dungeons of Doom, which was similarly toned down in its gameplay, and I find The Sun and Moon to be very shallow. I feel that not enough has been done to move this game beyond its ‘flash-game’ origins. There’s plenty of content, but the lack of any more polish means it quickly loses its appeal for me. I could see this game having an appeal in bite-sized play sessions, to help keep things fresh for longer, but it really wasn’t my kind of thing. I could not recommend this game for anyone who isn’t already a connoisseur of platformers and even then I could probably think of some other examples I had more fun with.