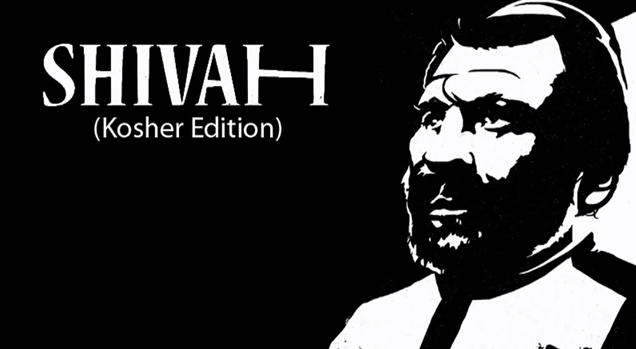 The Shivah, first developed and released in 2006, was the first game from designer Dave Gilbert, who after the success of The Shivah would go on to form indie studio Wadjet Eye Games. Wadjet Eye are best known for point and click adventures like Gemini Rue, Primordia, and the Blackwell Series, each of which feature heavy science fiction or paranormal themes, designs and characters. The Shivah in contrast is utterly grounded in the real world and features a Rabbi as it’s main character.

The trademark pixel art of Wadjet Eye is still here, and fans of the developer are in for a treat if the game has never quite made it to their radar before this 2013 overhaul. The Kosher Edition boasts a new soundtrack and some overhauled artwork, and has also been ported to the iPhone and iPad. 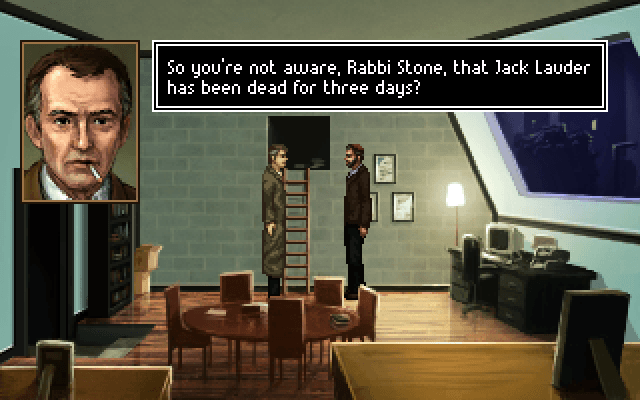 Players take control of Rabbi Russell Stone, a somewhat cynical man who is having a crisis of faith. His synagogue is empty and run down, his congregation abandoning him because of his increasingly negative view of the world. After one particularly lonely service, Rabbi Stone is visited by the police. An ex-member of his congregation – Jack Lauder – has been murdered, and Rabbi Stone has inherited a large sum of money from Lauder’s will. Stone and Lauder parted on very bad terms, so the police and are suspicious of the circumstances surrounding Lauder’s death. Stone is equally curious and decides to investigate the murder and clear his name, paying a Shivah call to Lauder’s widow as his first point of call.

It’s a credit to the writing of The Shivah that a female atheist with no knowledge of the Jewish faith can become attached to a middle aged New York rabbi within the confines of a two hour point and click adventure. Stone is immediately likeable, and the dialogue options include a wonderful “rabbincal response” option which plays on the joke of the opening sequence – “Why do rabbis always answer with a question?”.

Stone’s journey is dark, at times bleakly comical, and centers around the nature of morality. As well as his own doubts about his faith, Stone must contend with corruption, and the nature of power and respect. Whilst the point and click mechanics and puzzles are strong, it is Stone and the dilemmas that he faces that make The Shivah stand out as an experience.

There are multiple endings available depending on your in game choices, which is surprising itself for such a short game, but it is the strength of the main character that really drives home the weight of these decisions.  The need to have the right thing happen, not just as a player wanting to win a game but as someone willing Stone to succeed, is a sure indicator that The Shivah is a success. 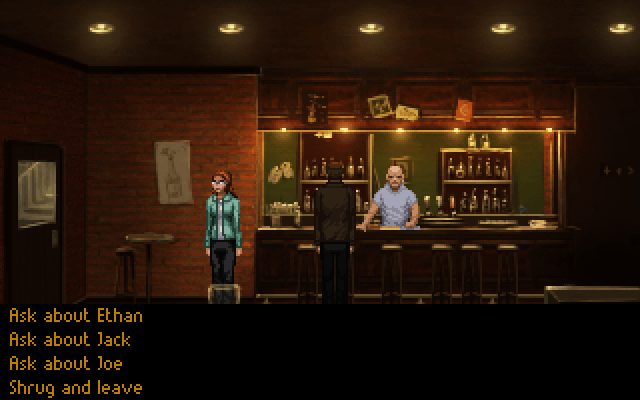 The Shivah is a point and click adventure, so that conveniently about sums up the gameplay. Movement is simple and the interface works well. Moving between areas is handled by a basic map, and locations disappear when there is no more to be found in them, making The Shivah a frustration free experience. In contrast to most adventure games you’ll actually pick up precious little items, instead progressing through close observation to your surroundings and linking together noted clues to draw conclusions.  It is incredibly refreshing to play a detective story that actually feels somewhat realistic, abandoning the old notion of ‘combine things till it works’ in favor of nurturing your inner Sherlock.

The inventory slides down from the top of the screen, and the only frustration I had with the game was the fact that you couldn’t do this when using a computer. Rabbi Stone carries around a Yiddish phrasebook, which you have to consult to figure out passwords. Given that the words were totally unfamiliar to me I had to go back and check them occasionally, which means extending sequences as you have to log out of the computer to check the phrasebook. Utterly minor, but that is the significance level of the flaws that The Shivah has. 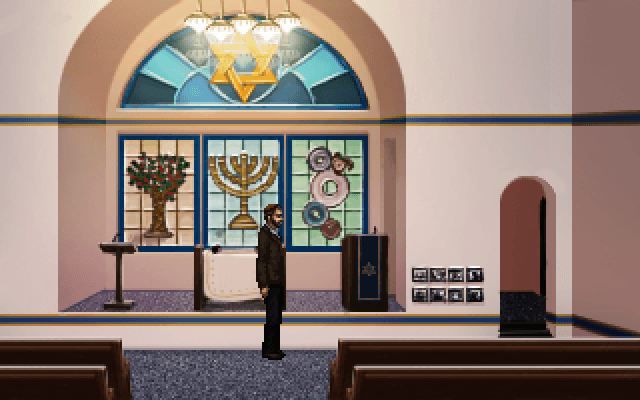 Wadjet Eye games have a very distinct visual style, and as the first effort from the developer The Shivah is no different. For the re-release things have been given an update, with the character portraits coming in for particular attention. If you’re not a convert to this type of pixel art then this game isn’t going to convince you any different, the locations and scale of it are fairly simple.

The Kosher Edition also boasts completely new music, which is subdued and melancholy but fits the rest of the game perfectly. Voice actor Abe Goldfarb is utterly convincing as Rabbi Stone, and the rest of the cast give solid performances – the only quibble is the quality of the recordings, some of the loud moments are prone to crackle regardless of how high or low your system volume sits at.

The Shivah is a brief experience that will hit home with a very particular niche of gamer. For those that sit in that particular corner of point and click fandom it will be an enjoyable and thought provoking experience anchored by a strong and memorable main character. The art style is classic Wadjet Eye, and whilst the lack of any science fiction or fantasy stylings may make The Shivah less interesting on a visual level, it does have more emotional weight than some of it’s younger siblings. Certainly worth picking up if you are a fan of Wadjet Eye Games.