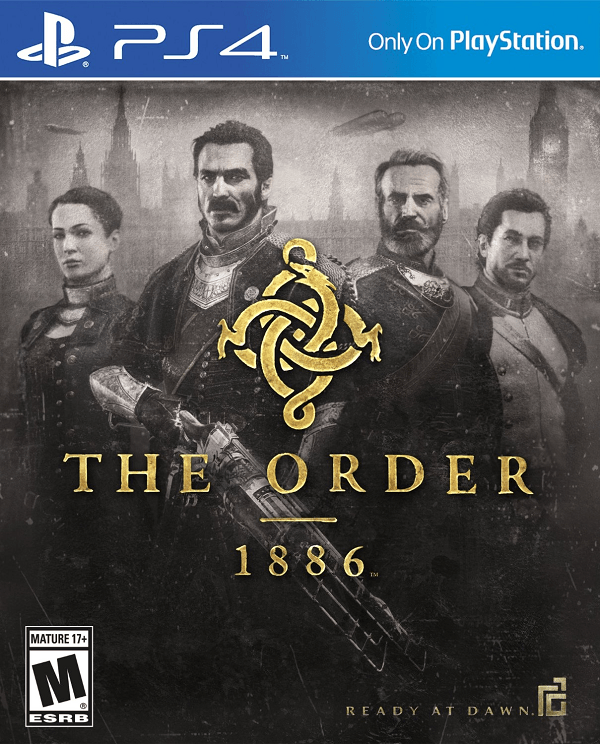 Overview
There are many types of the game in the industry ranging from simple visual novels that have a few choices here and there, to adventure games that involve puzzle solving, to incredibly fast paced action games. There are many times that a game will try to find itself a new untapped niche or try and do something that will surprise consumers. With The Order: 1886 recently released by Sony and Ready at Dawn, the intent seems to have been something different than your standard third-person shooter, but is it a successful enough to be worth purchasing?

Story
In an alternate history humanity has been battling against half-breed humans. The battle has been a losing one for humanity but with King Arthur’s Knights of the Round Table still being an established order and the discovery of a substance called Black Water that not only provides the knights with the ability to heal almost any wound quickly but also extend their lifespans beyond normal human capabilities. Still, as these knights have passed their titles are transferred to their successors. 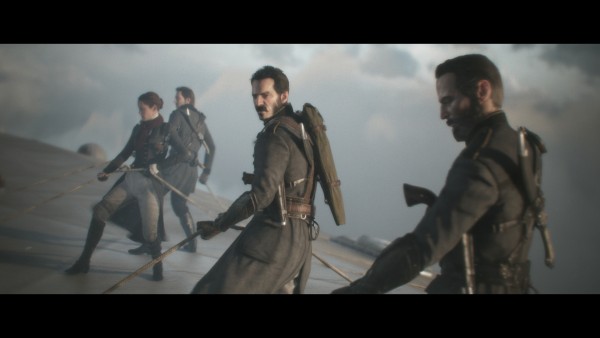 In a misty London setting set around the time of Jack the Ripper players step into the shoes of Sir Galahad, also known as Grayson. Due to the advancements of the Industrial Revolution humanity has taken a large technological step forward and in this alternate history engineers are way ahead of their time. With the legends of Arthur, possible monstrosities to fight, and even meeting Nikola Tesla helping out with some unique inventions The Order: 1886 feels like a fully realized world with intricate details and plenty of little tidbits to examine such as newspapers and photographs that can be picked up and examined in the world like you were actually reading them.

Unfortunately while the world is one that we would love to be able to explore and learn more about, that isn’t the case in The Order: 1886. The actual storyline that players will spend all six to seven hours playing through on even the most difficult level is bland and uninteresting. While the struggle of The Order is an interesting one, players spend most of the game fighting against human rebels who are generic as they come while the actual half-breeds show up as enemies roughly five times throughout the entire story. 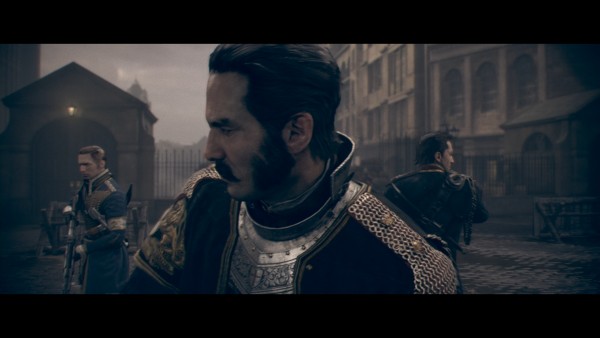 It doesn’t help that the characters players are presented with are as simple as they come which means you’ll be struggling to even remember anything unique about them once you finish the title. The developments throughout the game are quite predictable and even when it comes to The Order: 1886’s ending it feels like Ready at Dawn either didn’t have enough time to properly wrap up the story or intentionally left a ton of details hanging in the hopes of creating a sequel simply by leaving so much unsaid.

Gameplay
As far as the actual gameplay is concerned, players familiar with the standard third-person shooter set-up will know exactly what to expect here as The Order: 1886 doesn’t try anything new. It makes use of a snap based cover system, two weapon slots that involve a main weapon and a side-arm, melee attacks, and either standard shooting, cover shooting, or blind-firing out of cover.

Despite the fact that Tesla is on your side and you are battling in a steampunk styled world, the actual armaments that you’ll be using throughout the game are as mundane as it comes. Players will have access to grenades and your run of the mill World War II style armaments though it is worth mentioning that an Arc Gun that shoots lightning bolts that home in on enemies, even those behind cover, and a Thermite Rifle that shoots out clouds of thermite that can be burst into explosive flame by shooting a flare out of the gun’s secondary fire option do spice things up a bit. Unfortunately due to the chapters in The Order: 1886, these guns are regularly taken away from the player so if you happen to be saving them for a special occasion or difficult area, chances are they’ll be stripped from you before then. 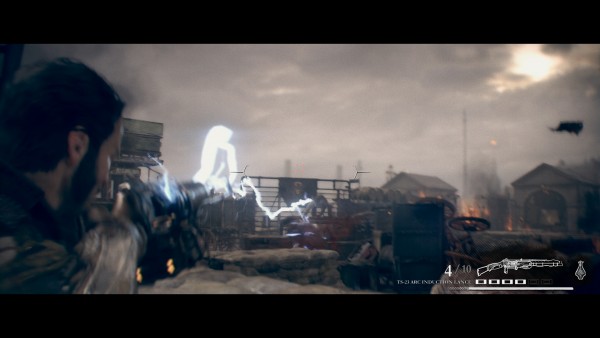 Earlier I mentioned that you’ll be fighting plenty of humans and unfortunately there is also little variety in that regard. The rebels that players will be fighting with come in three different flavors that range from normal enemies to those who are complete bullet sponges and will simply charge the player’s position without any regard for their own safety. Speaking of that, the enemy AI is incredibly simplistic in the way that they will either charge out in the open, stand fully exposed, or stay behind compromised cover. When you do face off against the half-breeds, expect the same generic AI that repeats the same motions again and again making these situations almost impossible to fail. Then again, the same can be said in regards to the ally AI as all of your team mates are incredibly useless on the battlefield and will do nothing to assist you.

On the rare occasions you aren’t shooting standard enemies, players will either be partaking in simple walking missions as they travel through an area looking at the sights, navigating through forced instant-fail stealth missions, taking part in hacking mini-games, and lock-picking doors. There is something to be said when a game that is already incredibly short and features a limited amount of playtime during that actual running length that the developers chose to implement so many padding mini-games and stealth areas in an effort to extend the gameplay since there are very few side-paths bother exploring in this linear title. 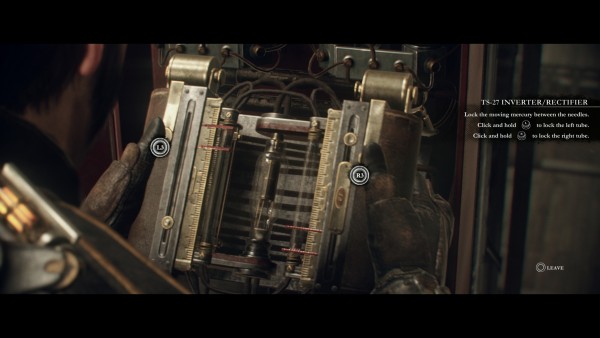 It should also be worth noting that this is a title packed with quick time events. There are numerous times throughout the game that you’ll have to take part in excessive QTEs that once again are nothing more but padding, though I must say that the contextual takedowns in combat are a nice touch. That being said, the way that the bosses are handled in the game, once again through QTEs, is disappointing especially since the final boss of the game is nothing more than a ripped off fight from earlier in the game that goes through the exact same motions as before.

Visuals & Audio
While The Order: 1886’s gameplay is generally forgettable; it is easily one of the best looking games I have ever played on a console. The dirty rainy streets of London are incredibly detailed and there are many times that you will want to stop and take it all in as there are so many little details to observe that the world truly does feel alive. This is especially true thanks to the amount of effort put into creating effective lighting and environmental effects that react to player movement and action. 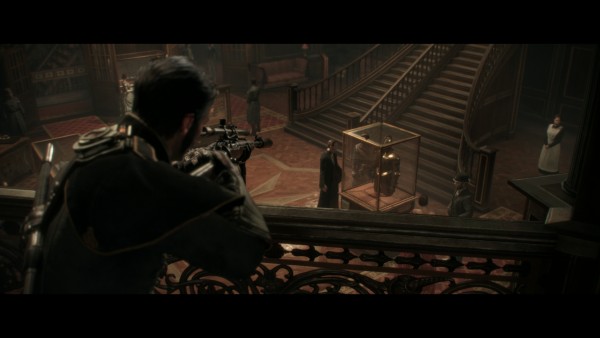 Even the character models are gorgeous looking and as mentioned before it is perhaps a good thing that there are moments where you will simply be walking through an area as seeing The Order: 1886’s version of London is spectacular. Combine this with the fact that there are seamless transitions between cut scenes and gameplay that can go unnoticed due to there being no drop in quality whatsoever and you know that The Order: 1886 is just that good looking.

The same can be said in regards to the voice work and audio throughout the game as, despite the characters being rather forgettable, the voice acting does fit the tone and the setting of the game. The sound effects are quite stunning making combat and the exploration all the more enjoyable as it seems that Ready at Dawn put a lot of effort into crafting a living world. Put this together with an outstanding soundtrack and you’ll be in for quite a aural treat to go along with such gorgeous visuals.

Overall
The Order: 1886 feels like a game that prioritized looking great over everything else. Either time was short and Ready at Dawn had to force a conclusion in there or simply chose to present players with a ‘cinematic experience’ more than a fully fleshed out game as everything about The Order: 1886 outside of the outstanding graphics and amazing soundtrack are as substandard or forgettable as it comes. Featuring uninspired gameplay and a story that borders on boring compared to the setting it is based against, The Order: 1886 is a gorgeous game but unfortunately that is all it really has going for it.