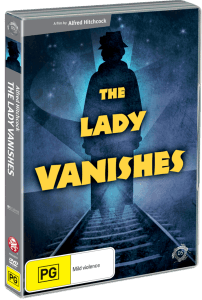 Hitchcock is as much of a household name as Britney Spears, but for most of us it is his later work that rings a bell: the likes of Rear Window, Vertigo, and Psycho spring to mind. With the Hollywood suspense films and psychological thrillers it can be easy to overlook the director’s earlier period of filmmaking, although many of them are just as intriguing, suspenseful, and insightful as his later works.

One of the films from the director’s great British period is The Lady Vanishes: one part mystery, one part political, one part romance…and all parts fantastic. The DVD re-release by Madman allows audiences to watch the classic 1938 film, but also includes plenty of goodies for the collector in us.

A trademark of Hitchcockian films is suspense, and this film is about that from the very beginning.  While it doesn’t incorporate as many psychological twists as his latter films (think Psycho, or Vertigo), it still has enough of that good ol’ action and mystery to keep you interested from start to finish. 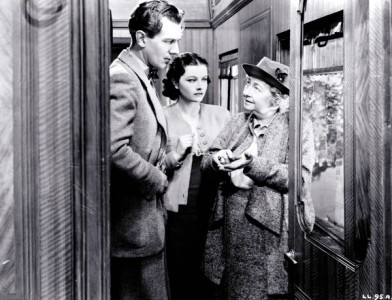 The story begins at a small hotel, where travellers on a transcontinental train have been delayed due to an avalanche. A variety of passengers stay here overnight, including the heroine Iris Henderson (Margaret Lockwood), the elderly Miss Froy (Dame May Whitty), Gilbert the musician (Michael Redgrave) and British cricket enthusiasts Caldicott (Naunton Wayne) and Charters (Basil Redford). Iris befriends Miss Froy after a complaint about the ruckus upstairs, and the next day they both encounter each other after Iris bumps her head while boarding the train. The two have a sit in the same carriage and, after tea and a nap, Iris awakes to find that Miss Froy is no longer in the carriage and the other passengers claim that Miss Froy never got on the train. A psychiatrist on the train believes that Iris’ head injury meant she imagined the entire situation, but Iris believes there is something much more sinister afoot.

I should tell audiences who aren’t big Hitchcock fans that his films never include supernatural elements: there is always some form of psychological or mystery twist, which makes the plot even more intriguing because it either is all in Iris’ head, or there is something larger going on than what Iris and the viewer knows. The film can be a tad confusing to follow because the sound quality is not as crisp as modern cinema, but overall there’s plenty of mystery and suspense for all to enjoy. The biggest plus point I had to make was that it wasn’t an overly heavy plotline: while the storyline seems to be very serious, there’s plenty of comedic moments to enjoy and plenty of romantic moments too, if that’s what you’re after. The film also has a few underlying political tones (keep in mind it was made just before Britain’s entry into World War I) which is always a bonus for those who like to see the historical context of things.

While the main protagonists are Iris and Gilbert, there are many other characters who enjoy plenty of time in the spotlight. Some are there for entertainment and a bit of political commentary (i.e. the two British cricket enthusiasts) but the majority of the characters are vital to the contribution of the storyline in some way. This is very rare for any film, because many characters truly do tend to just be a support role but in The Lady Vanishes, everyone is there for a purpose. 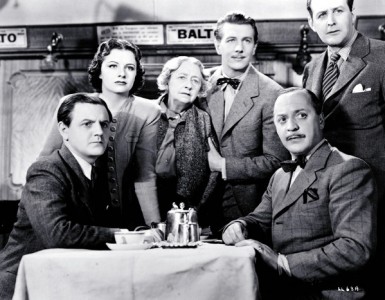 Iris is spunky, spoiled, and stubborn. While she’s awesome to look at because she’s definitely one of those beautiful classic film women, she can get very irritating and a little bit whiny at times (think of everything that is a feminist’s nightmare, and put it into one person…that’s Iris). I far preferred Gilbert because he was funny, entertaining, and he didn’t take life as seriously as she did. He is first introduced in the film at the hotel, where he is causing the noise from upstairs by playing his clarinet. While he comes across as a little bit obnoxious, it really does end up growing on you. However, I have to say that my favourite was – hands down – Miss Froy. She’s like the grandmother you wish you had who would give you fresh cookies and buy you all these cool things. There’s a lot more to Miss Froy than what meets the eye though, and towards the end of the film  you find out her back story which makes her that much more awesome.

The rest of the characters are pretty much just ‘there’; I didn’t feel much of a connection to them but none of them really irritated me either besides the psychiatrist and the other people in Iris and Miss Froy’s carriage. All of the characters are brilliantly portrayed by their respective actors, although a few do have a tendency to get overdramatic at times.

Because this is an old film, the image and sound quality is less than desirable. It is a black and white film – although not silent, which can make films difficult to watch – and it’s quite obvious that sound technology had not been perfected yet. While the technical issues don’t interfere with the overall experience of the film, it does make it slightly frustrating to watch at times. Of course, it’s in no way Hitchcock’s fault and these can be overlooked fairly quickly. 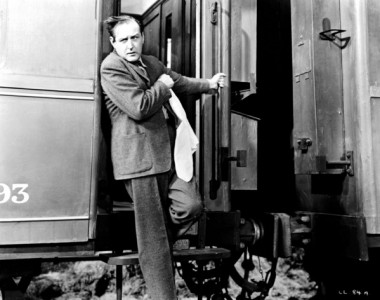 Special effects were most definitely not even half as advanced as they are in this day and age, but some effects were far better than what I had expected. There were great simulations of the train passing another train while Iris looked out of the carriage, and that exhilarating feeling of being so close to another moving vehicle is conveyed quite well. On the down side though, gunshots and shots of people dying are not very realistic at all, so don’t watch this film if you’re searching for a bit of a blood-splattered action film. I noticed that when I was watching the film though, these became secondary to the suspense that was occurring on screen – it truly is a testament if audiences can watch the film today and still find it exciting and thrilling.

The audio is really where this film trips up a bit, and it can be a little annoying in some places. As I mentioned before, a few of the characters seem to have problems speaking properly and all their words just turn into a massive jumble. Even more frustratingly though, there are moments of silence where no one is talking and it is actually dead silent: no background noise or anything. This latter part can most definitely be attributed to the technology available at the time, but the muttering of the characters can make it hard to follow the story at times.

This is where the DVD for The Lady Vanishes truly shines. The DVD comes with audio commentary by Dr Brian McFarlane, an essay about the surrealism of the film, and the original theatrical trailer. Now, I know that an essay and audio commentary really doesn’t sound that exciting, but there are two good things about it: firstly, the audio commentary really helps if you want to find out a bit more about the film, its political undertones, and the actors, and secondly, the essay means the DVD comes with a booklet (hooray for us collectors!). 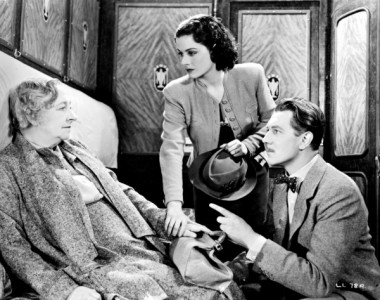 While Dr Brian McFarlane is not the best commentator in the world, he knows his stuff and upon rewatching the film with his commentary, I found a lot of new aspects of the film had emerged for me. Also, it’s very helpful to have him explaining certain moments that I didn’t quite understand on my first viewing. The essay on the film is interesting, but not vital to read. It gives some good insights, but unless you’re a major Hitchcock film buff, you won’t appreciate it much. The original theatrical trailer is always worth watching though, just for a glimpse of how Hitchcock advertised his films back in the 1930s.

The Lady Vanishes is a great Hitchcockian work, with a ton of extras to make every film buff or general purchaser happy. The film is definitely worth watching to get an insight into Hitchcock’s British period, and the DVD is a great gift for a grandfather or father who loves the ol’ mystery and suspense films.

I give The Lady Vanishes