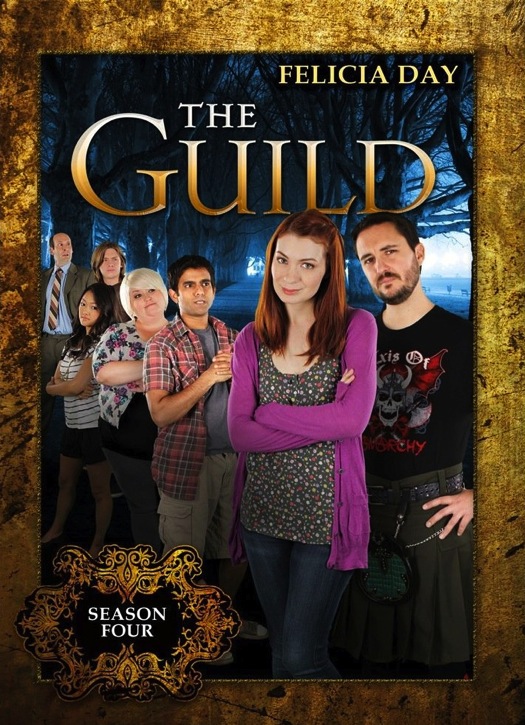 Overview:
The Guild has become an internet phenomenon since it’s first season and continues to be one today. Whether it is it’s unique mixture of parody and tribute of massively multiplayer online role playing game players, or it’s inherent sadness surrounding the lives of it’s titular Guildies, there is a lot to engross yourself in with this popular web-series. So how does it’s fourth season weigh up? 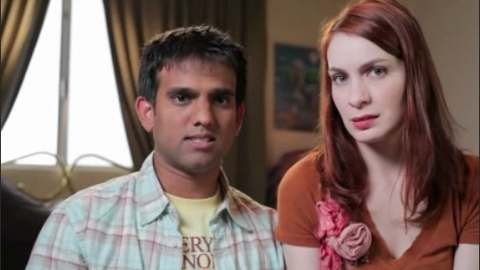 Story:
For those picking this up following the third season, the story picks up right were it left off with Codex having come to the shocking realisation of her betrayal of The Guild. She decides to hide the act of betrayal from The Knights of Good for the mean time and things develop from there.

Fourth seasons are usually the point in which a show has finally found it’s grove and that is definitely the case here with The Guild. In most cases the third season marks the point in which a series solidifies it’s direction for the rest of it’s run, that is also true of the previous season which introduced villains and deeper plotting for the series all of which continue on in the fourth series.

Part of what makes The Guild so enjoyable is the fact that it is so relatable to it’s target audience. The majority of the people watching this show have most likely tangled themselves in an MMORPG at one point or another and this series dives into both the life of players of the game type and of gamers in general. All while not holding any bars when it comes to laying on the darkness underneath it’s zipping jokes and often crude humour.

The series’ heart is the condition of these people, each of them suffers a severe personality dysfunction and is socially inept. There are hints at the pasts of these people or their backgrounds but we never get the full picture and honestly, sometimes its better not knowing. All we need to know here is that these people are socially awkward and they clearly had something in their past that made them that way.

When it comes to humour, The Guild fires away at a rapid pace with each actor having great comedic timing. While some of the jokes fall flat, all in all this series is perfect for a good laugh. Unfortunately though a lot of the jokes rely on the viewer having some knowledge of video-games so some jokes may be lost on certain viewers.

For those who are in the know when it comes to gaming, there is a great amount for them to sink their teeth into when it comes to the content on show in The Guild, whether it be the rich characters and fully realised world, the humour, the drama or anything else The Guild has in it sleeve, there is so much enjoyment to find in this little series. 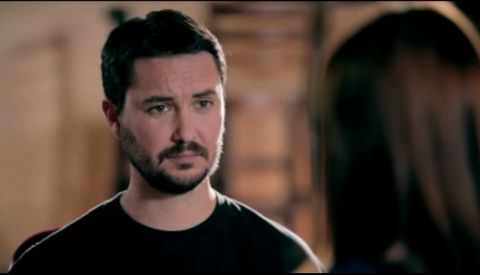 Visuals and Audio:
When it comes to the visuals of The Guild, there is not a whole lot to say other than that the sets used are incredibly memorable and the  world is fully realised by some incredibly well done presentation especially when you consider that this was a web-series. Being what it is, there is enough memorable aesthetics to get a passing grade.

The series does feature a pretty decent soundtrack, with of the course the opening and ending theme song being the most apparent track. While the opening track is catchy and well suited to the series when marathoning through these episodes it can without a doubt become an irritation at times. All in all though there is some pretty good work for the audio when it comes to a web-series. 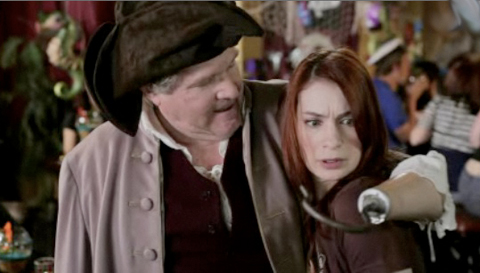 Extras:
If you aren’t sure about buying this because of episode length, Siren Visual have given you plenty of reason when it comes to special features, with a plethora of goodies for viewers to dive into after they finish watching through each episode. My particular favourite was the stroke of brilliance known as ‘Game On’, which is a Bollywood Music parody, sung by none other than Zaboo and Codex. It’s a great little music video for a song that is incredibly catchy as well as humourous.

Not only that but there are plenty of other great extras packaged in such as ‘The Making of ‘Game On”, a Cheesybeard’s commercial, Audio commentary with the cast, creator, director and producer, a gag reel, a table read and even the script which is readable as a PDF file on your computer.

There is just so much packed into this DVD that it is an absolute steal for Siren’s asking price. 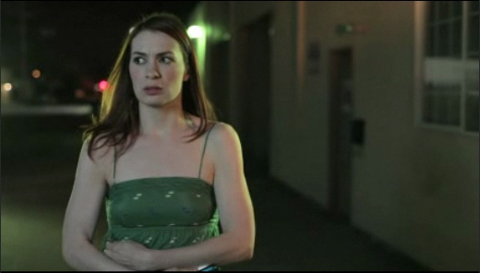 Overall:
The Guild, is a great comedy series for gamers. It is sure to bring them a lot of enjoyment as they find themselves relating to these characters more and more with each episode. Unfortunately that is also the problem with The Guild, in that it does not work as well when watched by someone outside of that audience. But the series never tries to be anything it’s not and that is a comedy series made by gamers for gamers. Whether you are a fan of the series already or a new comer, The Guild Season 4 is a great comedic series to spend some time with if you are the person it’s aiming to reach.