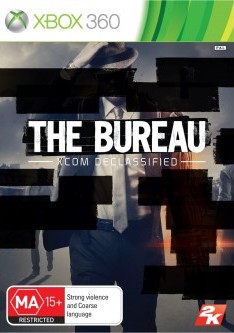 Overview
Welcome to the United States circa 1962. Life is goodand everyone is happy. 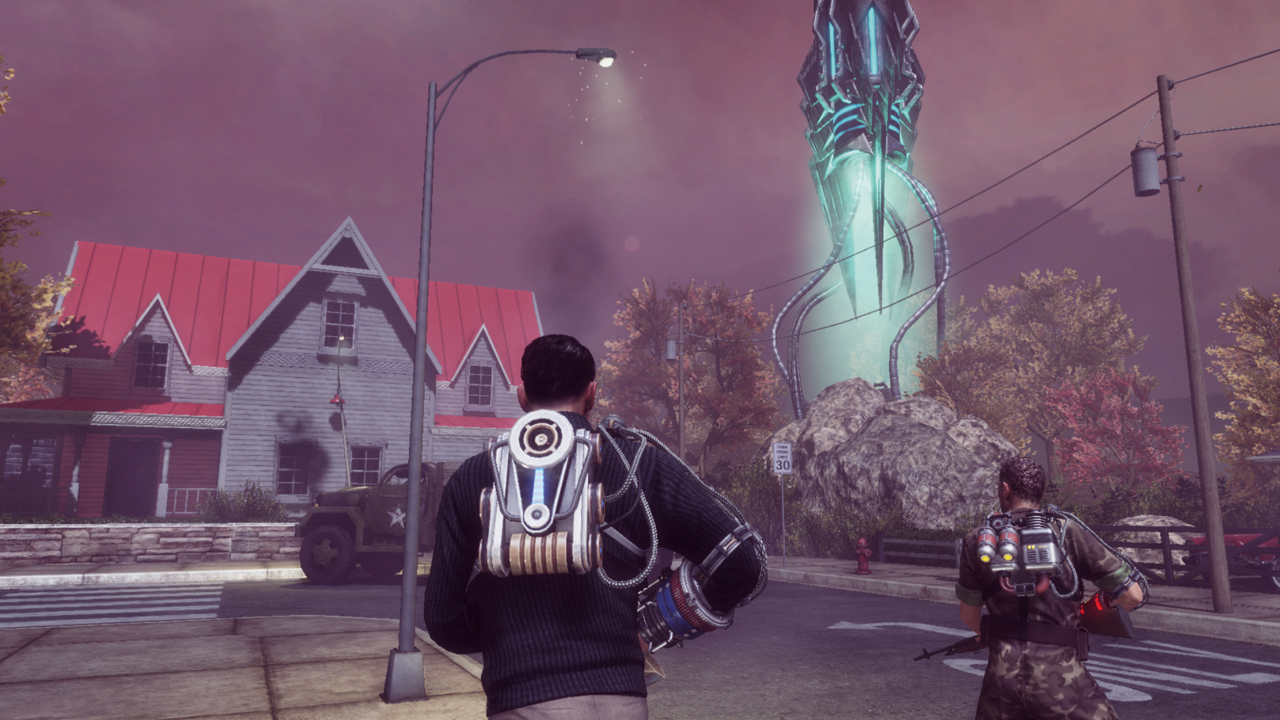 Nothing to see here folks

Story
The year is 1962. It’s the height of the Cold War between the United States and Soviet Russia. Tensions are high to say the least. Fear of a Soviet attack led to President Kennedy creating the Bureau of Operations and Command, also known as XCOM. With a top secret underground bunker to house it, a selct list of personnel was to report in the event of a Soviet invasion. However the Bureau’s director, Myron Faulke, envisioned XCOM as Earth’s defence against a much different force: aliens. With the recent discovery of an extra-terrestrial element on Earth, dubbed “Elerium”, Faulke is determined to convince other government officials that “Outsiders” truly exist. He tasks CIA Special Agent William Carter to deliver a case containing an undisclosed alien relic to him…That’s when things go wrong. Having been shot by an Infiltrator trying to steal the case, Carter awakens to find the spy dead, his wounds healed and the case empty…also the world is under attack by an army of alien invaders. Not a good day.

Carter immediately joins the fight, combating little grey men in order to rescue whoever he can. After a number of battles Carter, and five other survivors, are evacuated to the one safe place in, quite possibly, the world: XCOM. With every specialist, soldier, scientist and engineer they coud save, the Bureau begins to gather information, preparing to defend the planet. Faulke reveals that the Outsider have jammed communications worldwide, leaving every city and town isolated. Military bases are being destroyed and entire taken over. With no means of contacting the White House, Faulke assumes control of the country’s remaining military forces and formally activates the Bureau. Operatives across the country conceal the alien threat as a Soviet attack, imploring civilians to retreat to bunkers and safe houses. The communications blackout prevents word from spreading cross-country, keeping a majority of the populace in the dark. 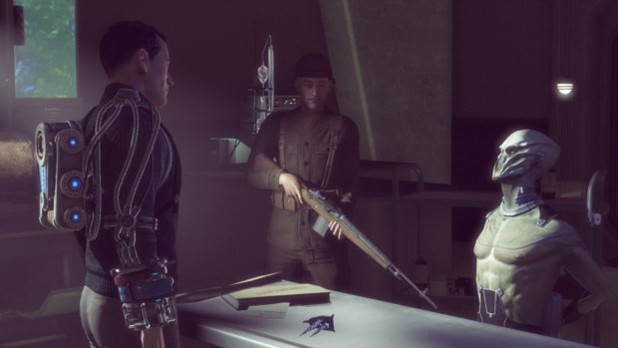 Despite his attitude and previous record, Carter is still called in by Faulke to lead missions in the field. With his team at his back, Carter undertakes the more dangerous and crucial objectives of the human defence. As the game progresses, these missions result in the rescue of important NPCs, the development of new weapons and the destruction of several Outsider installations, all of which draw the attention of the alien general. The combat escalates as XCOM strikes higher and higher up the invader’s ranks, all whilst planning humanity’s counter attack.

The Bureau: XCOM Declassified at it’s core has a simple story: Defend Earth. Though not necessarily a bad thing, there’s just something missing. Something that brings everything together and creates a truly unique story. Certain plot threads are left fairly underdeveloped, simply presented once and then never mentioned again. This lack of description took away from the impact of some revelations, making them seem spontaneous and straight from left field. One critical event was relegated to an optional side mission, completely missable and far less dramatic than it should’ve been. The elements of a great story were there, it just lacked the details needed to bring it together. 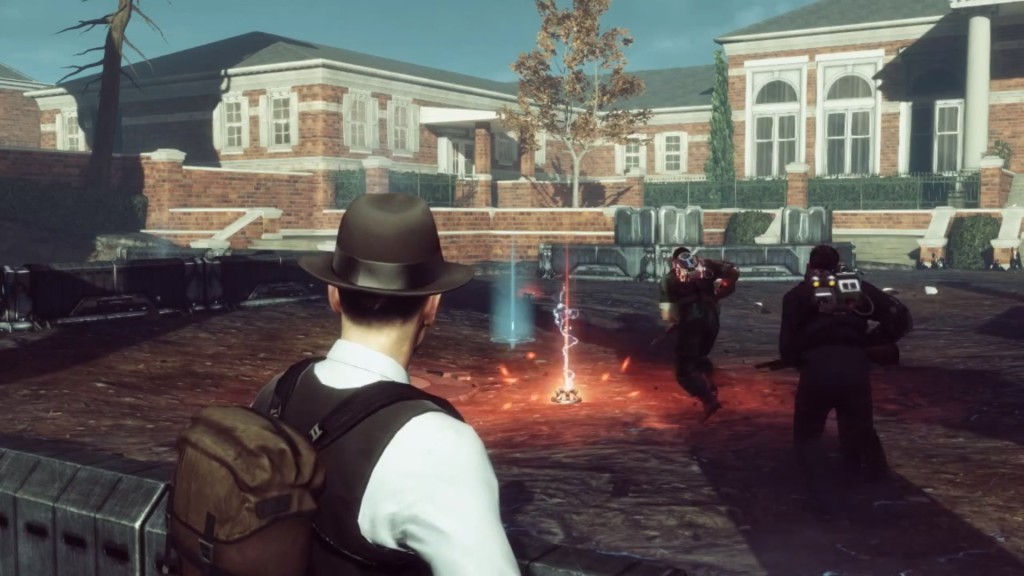 Gameplay
The Bureau, much to the…discussion of the fanbase, does not play like a traditional XCOM game. Diverging from the RPG strategy, the Bureau ventures into the realm of tactical 3rd person shooter. Overall, the game plays a lot like Mass Effect, though with a larger focus on assuming direct control of your squad.

You control Agent William Carter as they would in a 3rd person shooter. Move, take cover, aim, shoot, kill. Standard fare. However, you also have the benefit of two squadmates to aid them in battle. You are able to bring up an in battle radial menu, know as Battle Focus, which allows you to order your companions around. They can be ordered to move, aim at a specific target or access one of the major elements of battle: Abilities. Each character in the game possesses a number of tactical abilities, designated to them by one of the four available classes: Recon, Engineer, Commando and Support. Each of these agent types specialises on a different type of combat. Recons are a sniper class designed for long range and flanking, Engineers deploy devices such as turrets for backup, Commandos are sturdy and offensively oriented and Supports provide buffs and defence to the squad. Carter himself possesses the unique Squad Leader class, granting access to special abilities such as lifting enemies and healing the squad. Though your team will move around under their own initiative this isn’t generally the best course of action because, well, they’re kind of dumb. When not given direct orders, your battle hardened AI companions are clumsy, lost and often bleeding out on the ground. 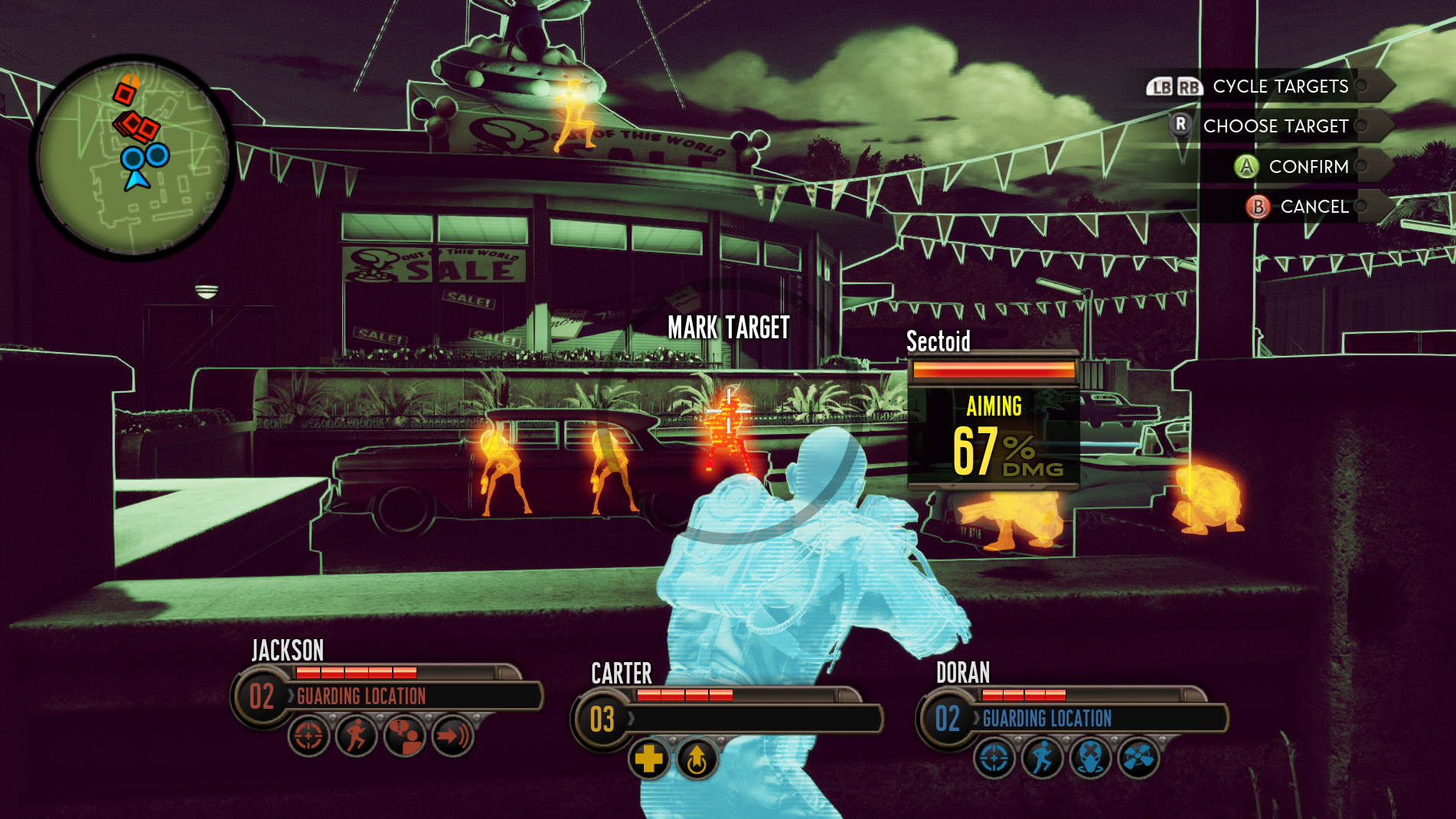 As you level up, you will gain access to new abilities. At certain levels, you can choose one of two options to upgrade an ability, shifting it to better suit your playstyle. Each ability is helpful in its own way and it is up to you to employ effective tactics on the field. Certain combinations, such as Lift and Critical Strike, can deal massive damage to a single enemy, whilst others, like Pulse Wave and Mine, can hurt multiple targets. Good times. You will also have to adjust your tactics, as not all abilities work on every enemy. Some larger enemies for example, can not be lifted by Carter. Whilst some may slow down or freeze in place, others are completely immune. This causes you to make quick decisions and rethink your tactics. Survive. Adapt. Win.

Visuals
Think Mad Men…with aliens. True to the period of inspiration, The Bureau gives possesses the definitive visual style of the 1960s. Pastel blue convertibles, family owned convenience stores, quaint suburban streets…all destroyed by alien invaders, but still. The characters also fit into the world and give of a 60s vibe. There are vests a plenty as the men remain dapper, even in these trying alien times, whilst the women wear modest dresses. As was the style at the time.

Diverging from this time period is the Outsiders. Whilst the lower ranking aliens appear as the “little grey men” that were a common notion at the time, the other classes take on a more varied appearance. From hulking monstrosities to quadrupedal robots, the game definitely runs the gamut of alien designs. Outsider technology also adopts the traditional sci-fi themes of shifting metal plates and glowing lines of energy. The enemy weaponry also follows this same design path, complete with lasers. Which are awesome.

The general theme of The Bureau’s visuals is juxtaposition. Along with the vibrant, friendly visual of the 1960s is the dreary,cold appearance of the Outsiders. This immediately depicts how these two societies clash and the sheer variation in technology and ideals. 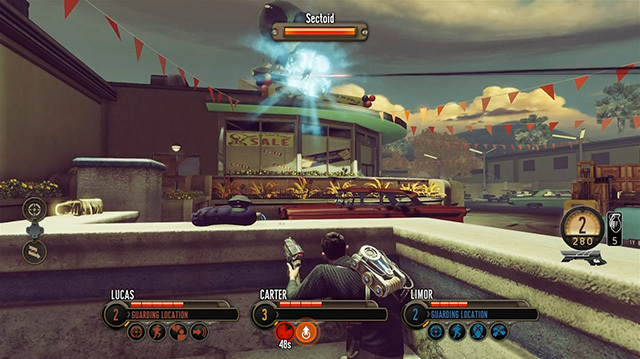 Lift and separate heads from bodies

Audio
The 1960s was a time of great music. However, the 1960s never had to deal with an alien invasion…as far as we know. Though it take place during this era, The Bureau really doesn’t employ any music from the time, apart from one mission where a radio is found still playing. Instead the game goes with the traditional backing track to an alien invasion: an orchestra. Trumpets, violins, piano. All dramatic, a majority of the time. Though a traditional choice, the soundtrack definitely amplifies the nature of the game, giving it a feeling of grand scale. That being said, the game seems to store all of its 60s inspired tunes for the credits. Though this does sound cool, it doesn’t really mesh with the feeling given off by the later parts of the game.

In order to further the alien feel of…the aliens, they occasionally speak a different language. Which is alien. Though sometimes translated into English for the cutscenes and more important moments of the game, during battle the Outsiders speak in their own tongue. This gives off the feeling that they, much like Carter, are devising tactics, leading you to wonder what is coming next. Though it’s probably not good news. 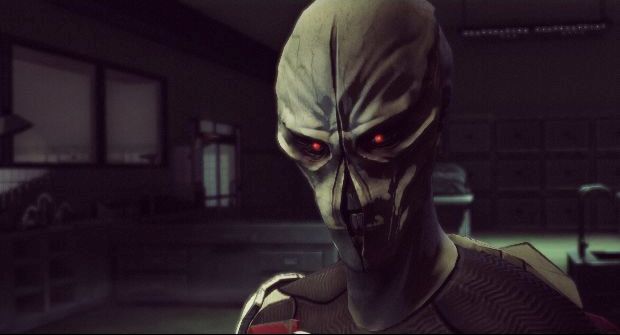 He’s beautiful on the inside…I think

Overall
The Bureau: XCOM Declassified is a good game. Though it isn’t nearly as in depth as of other XCOM titles, it doesn’t have to be. That’s the point. Don’t go into it expecting Enemy Unknown, you’ll be disappointed. However, if you expect a tactical third person shooter, you’ll be pretty darn happy. The gameplay is fun and strategic, though the AI, on both sides, will sometimes cause annoyance. The overall story is good, though it lacks certain elements that would make it great.  All in all, The Bureau is an interesting game. An alien invasion in the 1960s? That’s crazy…Right?