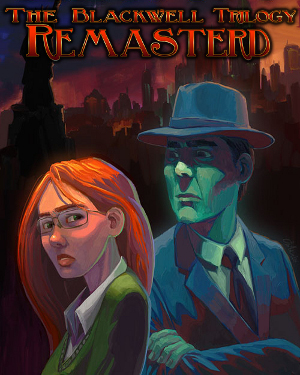 Overview
The Blackwell Series has been going pretty strong since its first game released in 2006. Classic style adventures games, the series is currently a total of four games, with a fifth on the way. This bundle contains remastered versions of the first three games in the latest version of Adventure Game Studio to ensure they meet the same standards. Does this bundle provide a 3 for 3 adventure game enjoyment, or will it leave players wanting to dig through their game inventory? 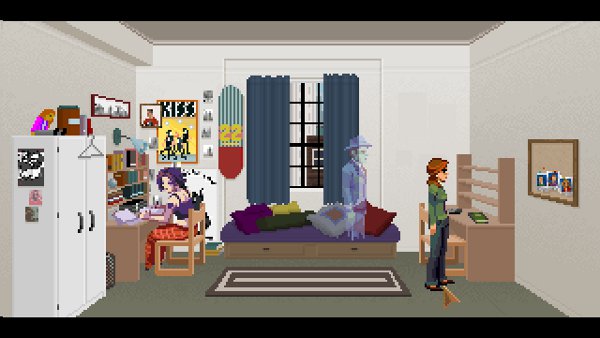 Story
The Blackwell Series centers around a family and their ghost. Kicking off with The Blackwell Legacy, Rosangela Blackwell discovers the family secret and getting pulled into the family business. The first game acts an excellent introduction to the characters and world, where ghosts are an everyday kind of thing and it is the job of Rosangela and family spirit guide Joey Mallone to try and pass them on to the next life. The series doesn’t just stick to Rosangela though, as Blackwell Unbound fleshes out more on the character of her Aunt Lauren during her tenure with the duty.

Interestingly enough, while the bundle includes the first three games in the series these three games fit very well into working as a trilogy as the third game, Blackwell Convergence, sees the games come full circle back to Rosangela. Even more interesting as the main plots end up playing into each other to deliver an even deeper plot with a suitable conclusion to cap off the transition from the Blackwell characters looking for their own cases to being more detectives. While the games on their own each tell a good story, together they create a perfect introductory arc for The Blackwell Series. 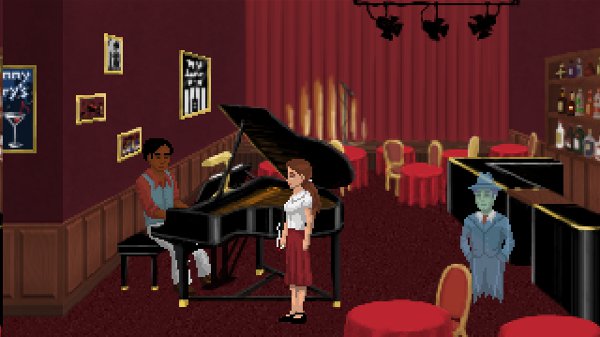 Gameplay
Obviously based on the classic gameplay of adventure games, the gameplay in these games sees interesting evolution over the course of the three games. While the most basic interface of left clicking to interact and right clicking to observe is present through all the games, the adventure game staple of inventory sees some nice improvements game to game. The Blackwell Legacy is the most stiff with inventory only being used on other inventory or automatically through dialogue options, thankfully Blackwell Unbound sees a more classic approach with using inventory items in gameplay rather than dialogue and Blackwell Convergence following suit.

While the first game has players assuming the role of Rosangela alone, the other games allow players to switch between the two main characters offering different dialogue options for characters they can both speak to. This likewise offers some interesting puzzles where the ghost Joey is the only one able to go or see specific things, albeit unable to interact with much of anything with his lack of being alive. This ability to switch between the two also allows for more logically deducible puzzles, as Legacy has a few that are difficult to solve from this lack of character switching. 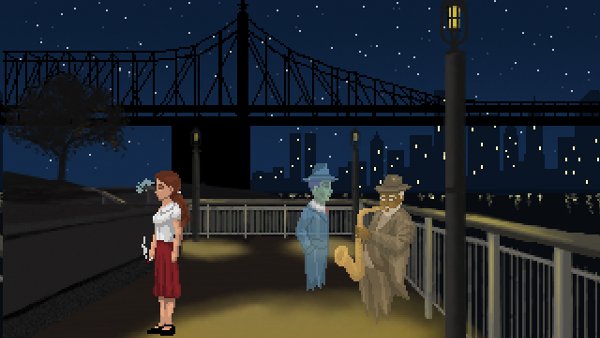 The most unique aspect to the gameplay is the Notebook, which is a notebook Rosangela and Lauren use to keeps notes on important key information. The Notebook provides the bulk of the dialogue interaction as it can be used in dialogue to speak to characters about the clues that have been written down. This streamlines what is important and what isn’t and even allows players to combine clues to make deductive conclusions in the first and second games. The exclusion of combining clues in Convergence has both good and bad points, good in the sense that having to leave a conversation with a character because a deductive conclusion was missed by combining clues was annoying, but bad in that it took out a unique feature.

Visuals and Audio
With three different games across four years it’s safe to assume that the graphics have been through some changes, especially as evidenced by the screenshots seen here. Being based in AGS, all the games feature pixel art and sprites though the art does not get better with every game, more looking better chronologically with Convergence set in 2007 looking the best and Unbound set in 1973 looking the “weakest”. Weakest being completely relative of course, Unbound is still a good looking game on its own. Likewise the audio is an interesting mix, as only Joey and one minor character carry the same voice actors. Despite these changing voice actors the performances are well down and for the most part very professional, the only negative being some noticeable pops in recording. The music however is flawless, sounding great and with plenty of different pieces throughout the series with specific themes for different areas. 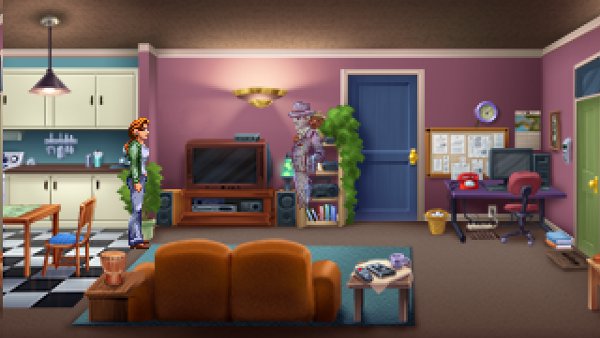 Overall
Ultimately, The Blackwell Bundle is a set of three good games that are stronger together than they are apart presenting a great experience. While the art and voice acting is certainly dynamic from game to game, it never feels like they don’t fit together. Outside of a few minor issues from character audio, The Blackwell Bundle provides fun and interesting adventure game experiences that fit to create a complete arc and is sure to please fans of the genre and even get them onboard for more adventures.