With the release of the new full length Tintin film, Tintin fans all over the world hold their breath in anticipation to see how their beloved comic book character has been transformed by Hollywood. Set to be a huge release, and why not, it’s Tintin after all, the film has been turned into a multiplatform videogame – bringing fans along for one of Tintin’s greatest adventures. While Ubisoft has taken control of the console games, Gameloft have taken the reigns of the mobile side with their title: The Adventures of Tintin: The Secret of The Unicorn – The Game. 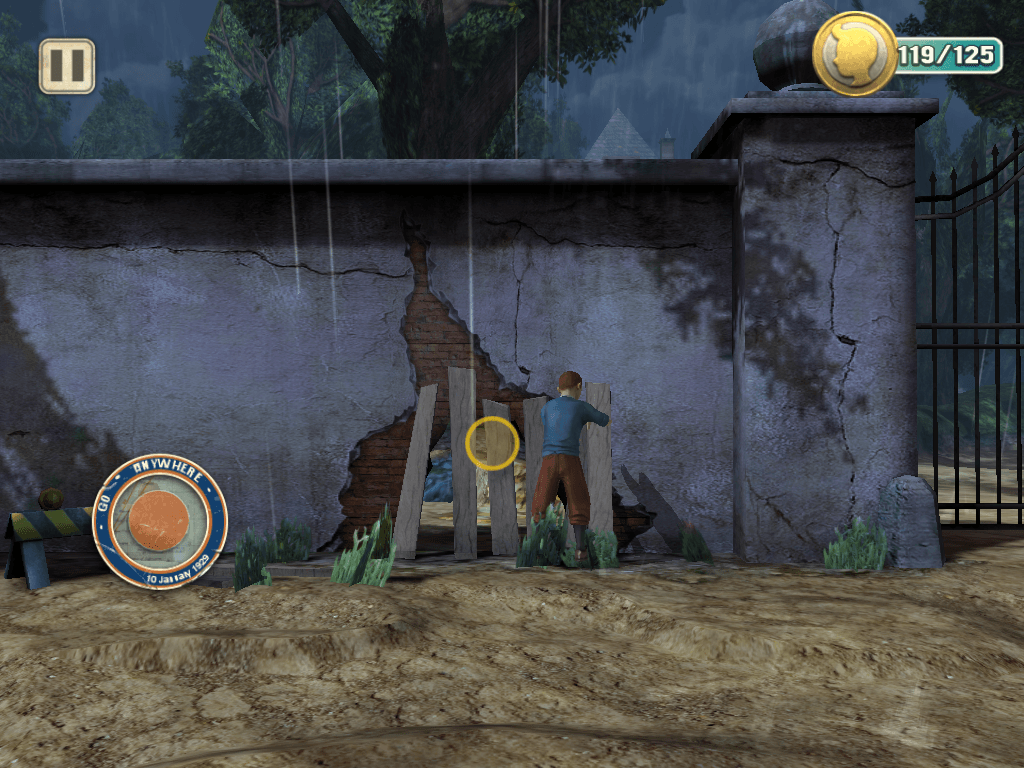 The story of The Adventures of Tintin is it a little bizarre. Not the story itself so much as the process of maintaining the story through multiple media – first comic book, then film, then game. Each medium obvious has it’s own means of telling a story and will need to alter the plot accordingly. The story roughly follows the plot of the Secret of The Unicorn, with a bit of the Crab with the Golden Claws thrown in. Much the same as the movie really. Gameloft have tweaked the story ever so slightly to make it more playable, giving player’s greater options to engage with the environment then they would if the story was merely transferred over.

For those not familiar with Tintin, the above paragraph may make little sense. This after all isn’t a game just for Tintin fans, but for anyone with an iOS device. Tintin is a reporter, who stumbles across a model ship. He lands himself in trouble when the wrong kind of people decide they want the ship. With his faithful dog Snowy by his side, Tintin makes a new friend in Captain Haddock who’s ancestor Sir Francis Haddock was the captain of the real life Unicorn. Each of these characters becomes playable characters through out the game and work together to carry the story with unique gameplay. 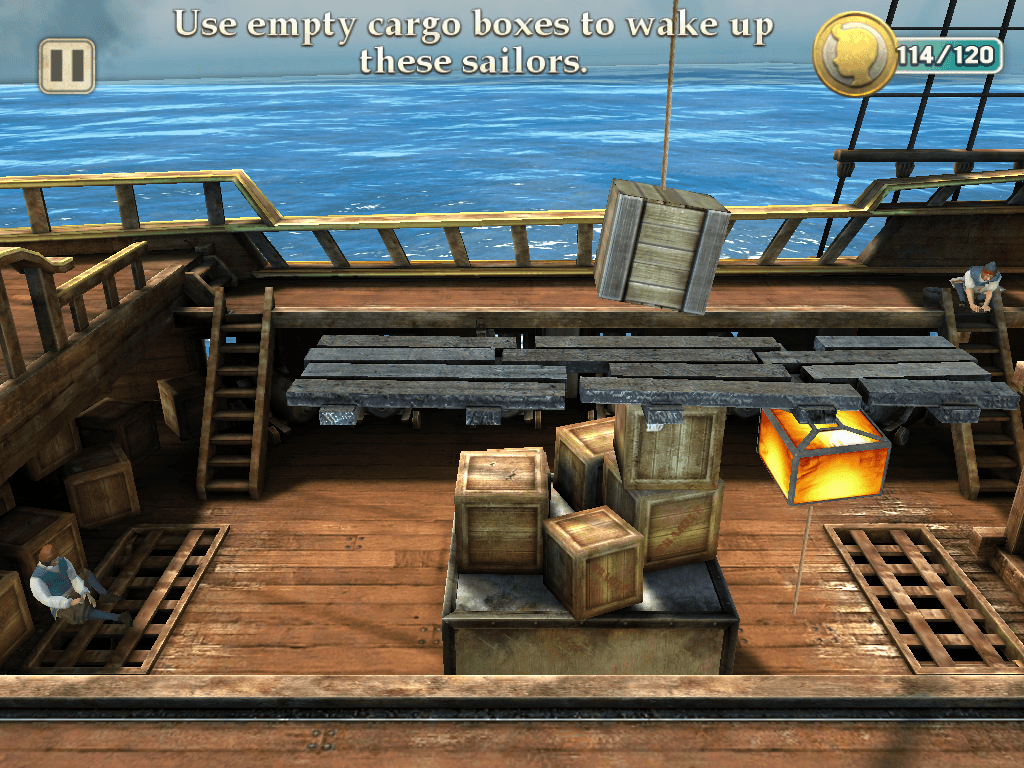 Being a tie-in with a film, The Adventures of Tintin has a huge number of quick time events and cut scenes. Normally, I would be rolling around groaning form boredom by the time the third cut scene came around, or a few quick time events into the game. Yet I found myself strangely engrossed by these gameplay elements. The cut scenes, while they may not intrinsically seem like gameplay elements, keep your attention by hiding hidden elements through out them, such as coins and puzzle pieces. The coins can be used to buy more puzzles that can be solved in the gallery to give you virtual little figurines to admire. While it isn’t the most amazing thing, at least they have a use and I find myself swiping like crazy to collect all the coins before the camera pans away.

For the most part, Tintin is an adventure game, utilising the touch screen as the main means of moving through the game. While you may find you’re swiping to collect coins, you’ll also swipe to sword fight as Sir Francis Haddock, to open doors, to push boxes down, or engage with any objects in the game that can be played with. The Adventures of Tintin also features a run and sneak button, as well as a directional pad – all of which are designed with a neat little travel theme. Although the camera is automatic for most scenes, there is still a touch that exploratory adventure that should be present in a Tintin game.

Alongside these gameplay elements, there are also a few puzzles to be solved through out the game. For example, waking up the crew of the Unicorn back in the 16th century is achieved by moving boxes by cutting the appropriate rope. The puzzles may sit oddly within the framework of the story for some, but I feel they are a nice little element just to keep player’s engaged with the game and thinking a little more about the game environment beyond the visual. 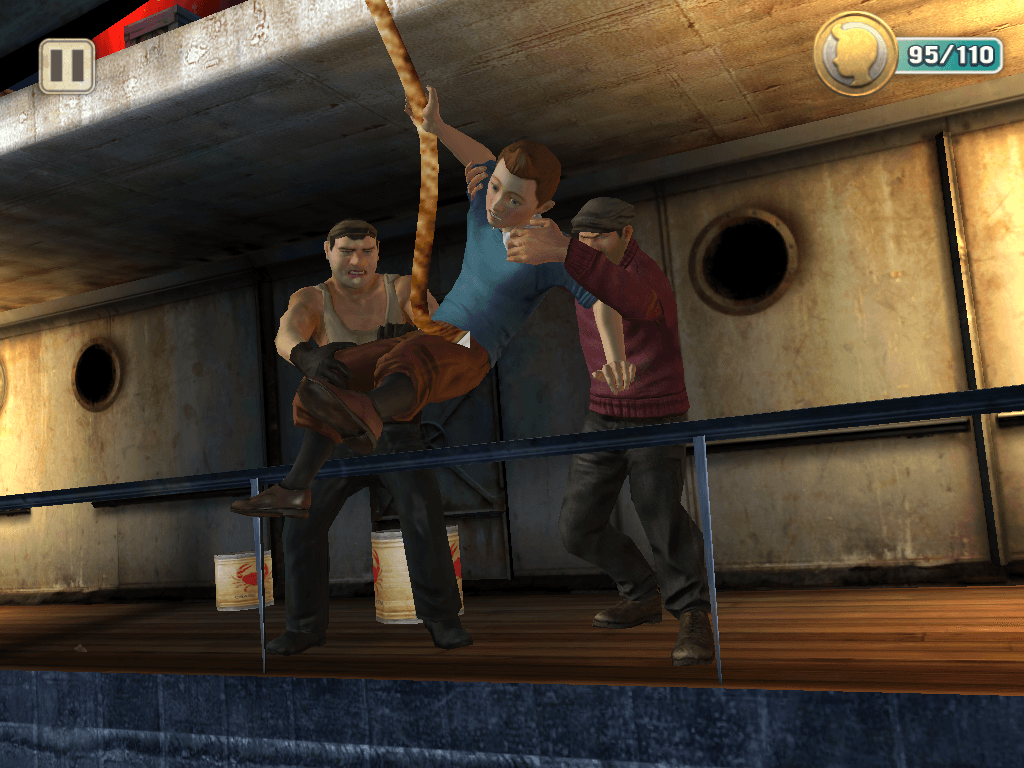 Gameloft are known for producing high quality visuals on mobile platforms, each time pushing the graphical boundary of iOS games. Even with that knowledge, I was still not ready for the amazing detail and beautifully rendered characters and scenery that The Adventures of Tintin had to offer. The characters are all modeled from the soon to be released feature film, yet lack the freaky human-like qualities that the films motion capture technology created. Personally for me this is a great thing, as close ups don’t have that uncanny feeling about them where a half-human is staring at you. The characters all look like the classic Herge characters, only updated to look as if they fit into a videogame world. Gameloft have also paid a small homage to the comic book origins of Tintin, incorporating some comic book panels to push the story forward where perhaps fully rendered 3D animations may take up too much room on your iOS device. Whether you’ve just gotten into Tintin because of the new film, or have been a fan as long as you can remember, the effort Gameloft have put into maintaining the visual style of Herge, while at the same time bringing Tintin to life in a videogame is nothing short of admirable. 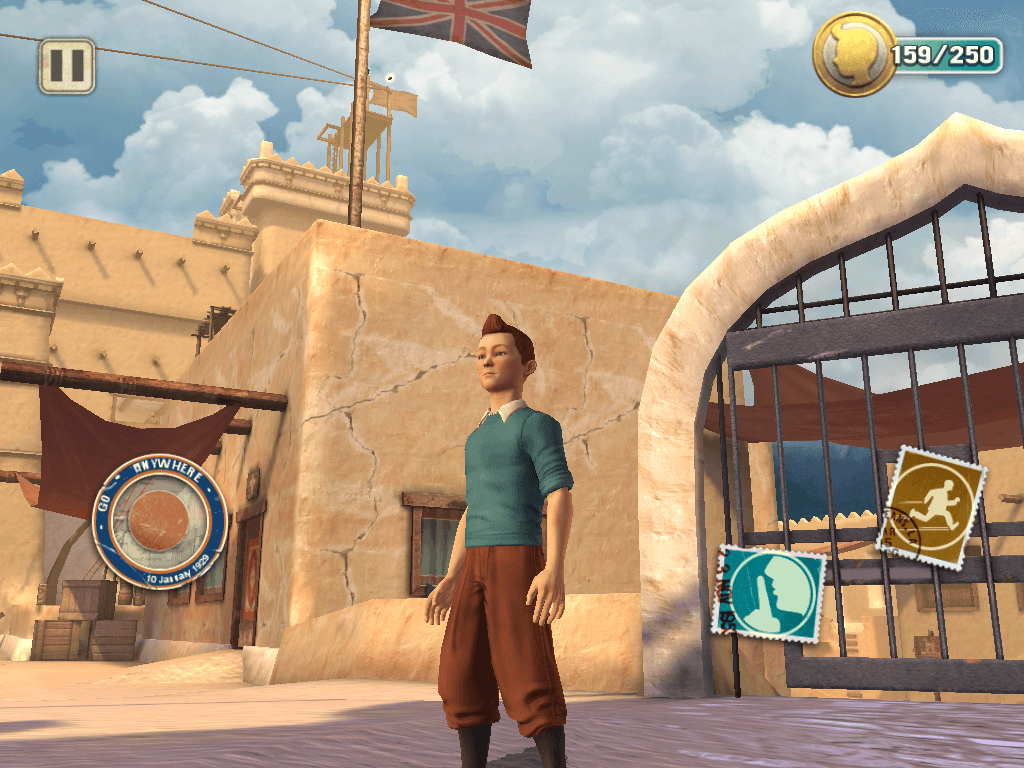 The Adventures of Tintin features cinematic sound tracks aptly played at the appropriate times. Each level has it’s own soundtracks that flow through out the game providing little interference for voice-overs. While it isn’t the exact same actors playing the voices, Gameloft have done a terrific job casting sound-alikes that really capture each character perfectly. Just another element that makes Tintin a well crafted film tie-in. 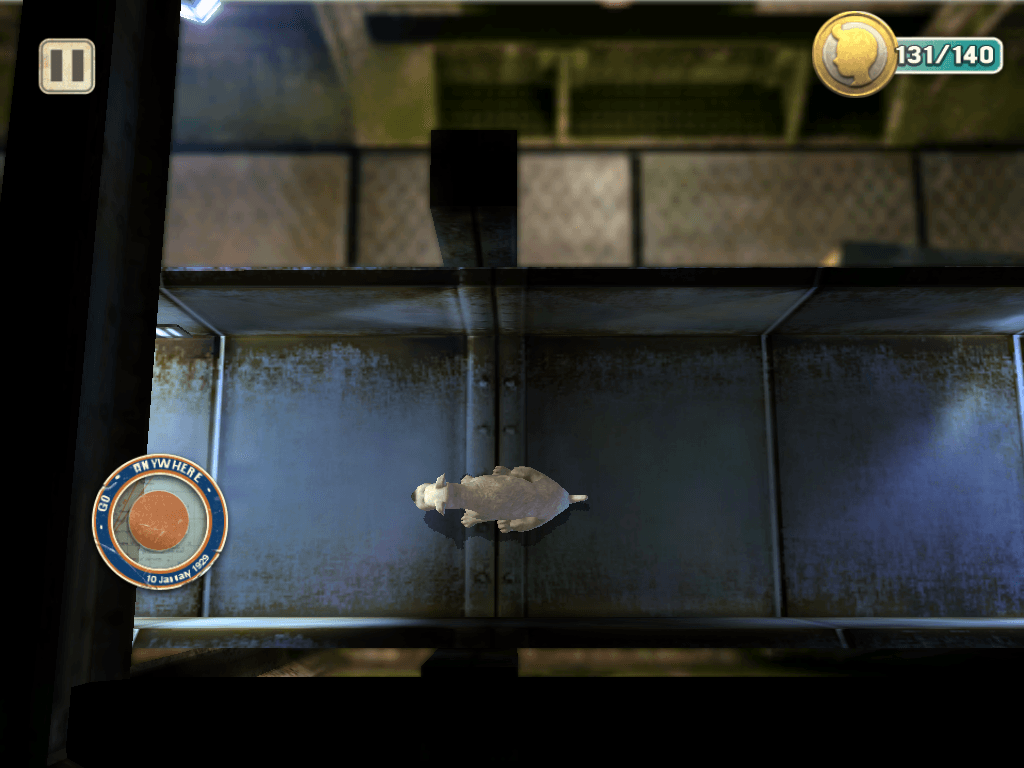 There are two possible ways to look at The Adventures of Tintin by Gameloft. The first way is to view Tintin as a film tie-in, and assess it through the framework that the film provided. If one is doing that, then Tintin is a fantastic game, which captures the story of The Adventures of Tintin perfectly with a completely playable world. However, purely comparing the game to the film doesn’t really do it much justice. Sure the story is excellent in comparison, but it is also an interesting tale of adventure in it’s own right, well written to allow player’s a highly enjoyable gaming experience. The graphics are some of the best I have seen on any iOS game to date, and the audio adds that extra element to complete the world. The gameplay utilises the touch screen device perfectly, and is very easy to get the hang of – making Tintin an excellent game for any gamer of any age. Highly accessible and visually stunning, The Adventures of Tintin by Gameloft is a must own for any iOS gamer.