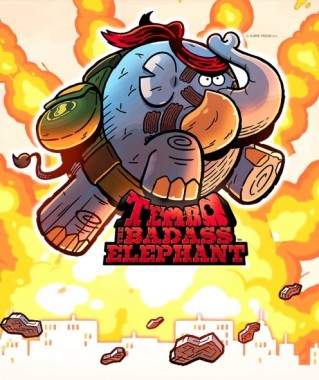 Overview
Game Freak rarely work outside of the Pokemon franchise, but when they do, it usually is something truly special that acts as a refreshing gift to gamers. HarmoKnight displayed a lot of charm when it debuted on the 3DS – but that was Game Freak working on a portable Nintendo platform. Tembo the Badass Elephant is a first in a lot of ways, as it marks Game Freak’s trek outside of the big N featuring a boastful new mascot who is all brawn. A platformer first and foremost, this title is here to take us back and bring us forward in the genre at the same time. How does this peanut chomping hero live up to Game Freak’s storied legacy? Let’s find out. 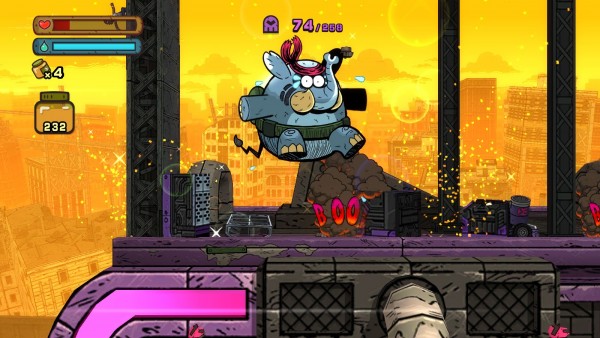 Gameplay
The first thing to talk about in Tembo the Badass Elephant is your objective. Players must take control of their brave little elephant and take him through a great number of stages, stampeding enemies as he works to stop an invasion on Shell City. Think of Tembo as Rambo in elephant form, dressed in tough yet appealing gear with a massive love of peanuts. Its your job as the player to save citizens, destroy tanks, and defeat bosses across the 18 levels within – and let me say that as someone who grew up on platformers, this title scratches that itch and provides an experience close to Donkey Kong Country and Sonic. Wait a minute before you take that comparison in though, as its unfair to compare a title like Tembo to those two on gameplay alone, as it mainly consists of the same structure with its own medley of features to stand completely apart. 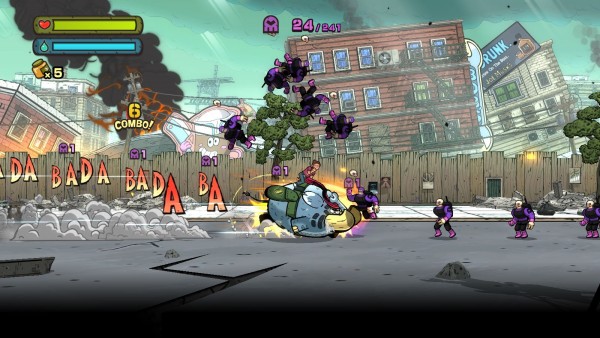 While yes – you will be doing a ton of platforming in Tembo, you also will be solving puzzles and simply destroying both the environment and enemies to progress forward. Momentum comes into play with Tembo’s charge attack. While he is stout and husky, this badass elephant can barrel through nearly anything as long as nothing attacks him first. For instance, if a tank is blocking your path, a nice ram will sort it out quickly. Most large foes don’t go down with one hit either, so the player must use their platforming with this bit of momentum to ram, and quickly think on their feet as they jump up and get a bit more distance to ram again. I have seen a lot of titles that try to do this and miss a beat as the protagonist is either too slow or overly fast- making for some clunky gameplay that slows down the action in order for the player to get an idea of what the obstacle is in front of them. Tembo however is far more organic, allowing the player to learn about their surroundings through experimentation, meaning you can haul ass through a stage and have a blast – with the stops and hurdles throughout only complimenting the clever design. 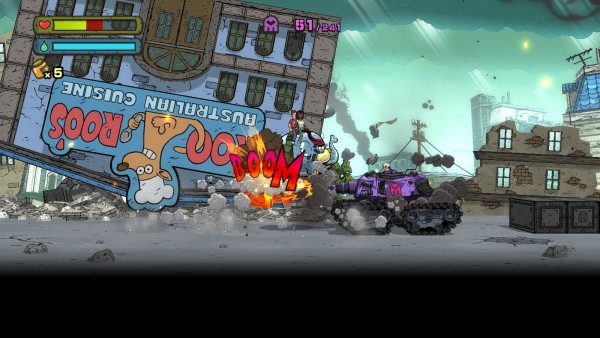 Tembo has plenty of other attacks as he can use his trunk to uppercut, decimate targets with a ground pound, and even squirt water from his trunk to stun. The water goes a long way as well, as several environmental puzzles require the player to use water on other corresponding elements in order to progress through. By this, I mean if a fire is in your way – put it out with your trunk. There are several uses for this little tactic that blend well with the fast-paced gameplay- but do know that this is not really a puzzle-platformer by any means. Tembo’s greatest strength is having to balance on high platforms and launch up to one small, moving pillar as quick as possible, and not giving our long-nosed pal the full credit for refining the genre would definitely be a crime in and of itself. It would also be a crime to not mention the boss battles that make each area end on a spectacular note. There are several creative bosses where you will be tasked to use several mechanics that you learn over time in a creative way, but nothing beats the fantastic finale that pulls everything together to let this elephant go out with a massive punch. If I had any gripe about Tembo, it would be that it could get a bit too busy in some small areas, making it a tad confusing on which path to take. Now this will come down to preference, but the lack of natural direction did show up a couple of times to cause a bit of minor frustration from time to time. 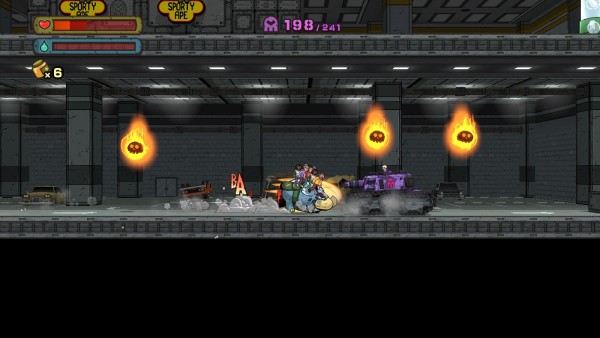 Visuals
Tembo the Badass Elephant gets a lot of its appeal from its art design. The game is wonderfully animated from beginning to end, and almost appears as if you were watching a live cartoon due to how fluid both Tembo and the environment interact with each other. Little touches go a long way creating a one-of-a-kind atmosphere as well, such as the word BADASS following Tembo as he gains momentum in a comic-like font, as well as citizens who bounce on your back after being saved as if they were riding a wild coaster. You can definitely tell Game Freak took their time to pour love in Tembo, and its awesome presentation is all the proof one needs to see that these developers can do so much more than Pokemon. 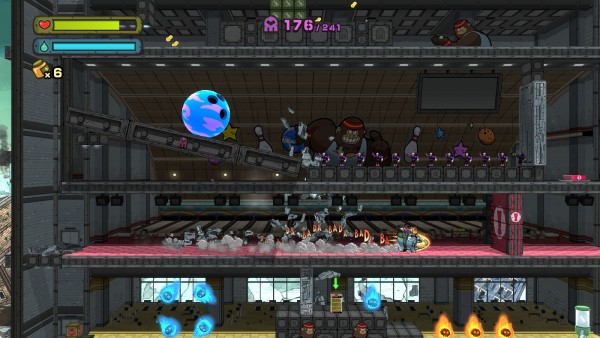 Audio
The audio is also great on many levels. Some tunes trigger intensity and capture the very momentum that is behind our elephant as he stampedes onward, while others just simply reflect his no-nonsense personality or offer a bit of an uneasy feeling to make you stop and take a look around. I also took notice of the sound effects as hearing the smashing and bashing of the stage that you are causing is a very satisfying experience.

Overall
Tembo the Badass Elephant is the platformer that us who grew up years ago have been waiting for. Filled with heart, action, and plenty of over-the-top gimmickry, this title delivers in every way possible, taking the player on a ride with a mascot that very well could have a bright future ahead of him. I know we get a lot of platformers from the indie crowd, but Tembo isn’t about introducing art or some oddball mechanic in order to enthrall the player. Instead, he takes his trunk and moves forward, offering unstoppable fun until those credits roll.