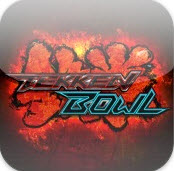 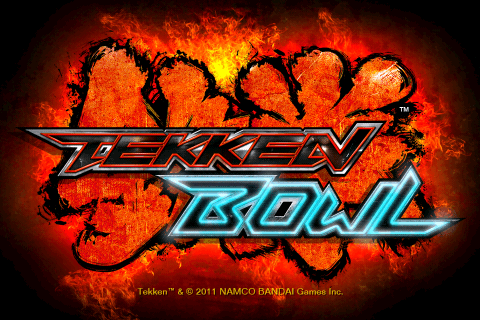 For someone who has never been good at real-life bowling, I always delight in bowling game apps that allow me to pretend like I can actually get numerous strikes in a row. So when I saw this combined with the arcade-fighting juggernaut Tekken I knew it was definitely worth a go.

There are two different games, the standard bowling video game and the puzzle mode. The standard mode has the basic mechanics of most bowling games – you move where your character is placed, adjust your aim and finally the power of the throw. You can play either one or two-player in standard mode, which gives it more value as one-player gets old quickly.

Puzzle mode adds something to an app that would have been left wanton. It has a series of puzzles in which you have to knock down all the pins with a given amount of bowling balls. It ranges in difficulty, with some puzzles requiring a few tries and others being painfully easy. The method of bowling changes with puzzle mode, in which you select where to send the ball on a radar display. It simplifies the method so that the necessary curving shots aren’t as much of a pain. 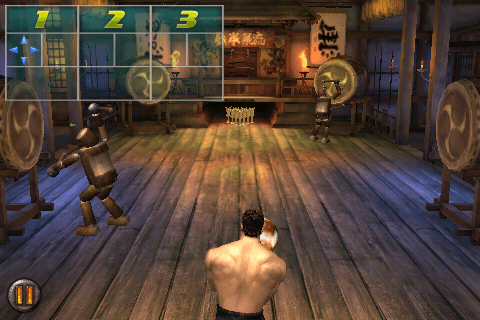 There are three playable characters that all have different power and range. Xiaoyu – as the female – has the least power but the biggest range and easier accuracy with a slow moving marker. At the other end of the spectrum, Panda has almost no range and a huge amount of power, playing with him feels like playing with the bumpers up because he still manages to knock out half the pins even if you aim at the very edge of his range. In the middle of those two, Jin has a balance of both aspects although this seems to just make him the most difficult character because he doesn’t have the ‘bumper effect’ of Panda, or the easy accuracy of Xiaoyu.

The issue I have with this app is that it seems to grant you strikes at random, some shots will be dead on and miss a few pins, others will be off and manage to knock down all the pins. The game seems to possess its own version of physics that favours people who are just slightly off in their aim. 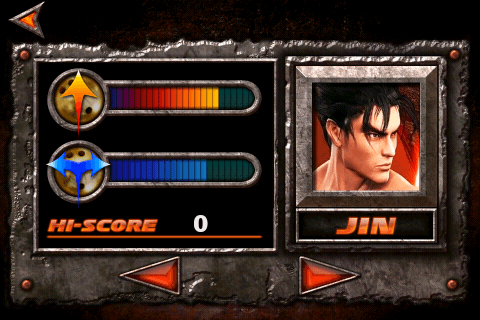 In puzzle mode the radar-system requires some getting used to because the logical placement of a ball on the radar doesn’t always translate as well in practice. The most difficult part of the puzzle levels wasn’t the logic behind them but just managing to put those shots into practice. It involves a frustrating trial-and-error when it comes to certain puzzles and adjustments done millimetre by millimetre until hitting the sweet spot.

The soundtrack is like gym workout music on crack and doesn’t match the pace of the game at all; it revs you up for an exciting action-packed event that never happens. The characters grunt like tennis players when they take their shot, except for Panda who growls (which Tekken seems to think is what pandas do). 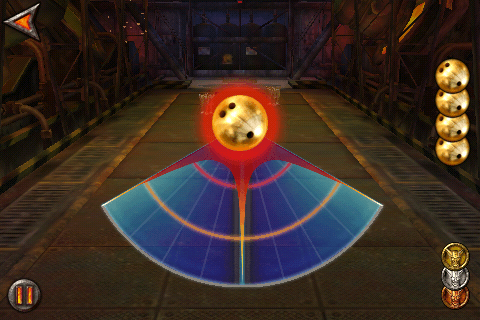 When you go through the menu there’s a whole range of hitting noises to accompany your selections, I guess because they thought they should at least bring the allusion of fighting to the game by inserting a few spare fighting sound effects anywhere they could. And just in case you miss hitting a pin the game won’t let you forget it because the music will cut to a comical ‘wah wahh’ to assure you that you did, in fact, fail.

The graphics are surprisingly good. The characters are recognisable, the environment has been given a decent amount of attention and almost a scary amount of time has been spent on the detail of Jin’s back muscles. Overall, the graphics are superior to most available on the iOS.

Every so often you are reminded of the fact that this is based off an arcade fighting game when you bowl a strike or finish a puzzle level and there is a short animation. Not a spare, a strike. Apparently spares aren’t worth the extra animation. 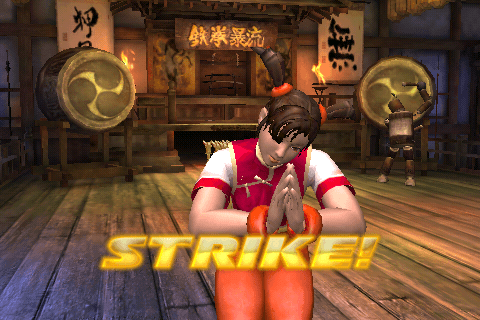 This has a little more weight to it than most bowling apps, but its relevance to Tekken is questionable. It was probably made to incite some Tekken nostalgia, which probably would have been more effective if more than three characters had been included. It’s the sort of game that you go into not expecting much and it fulfils that while also surpassing it to a degree. However, it is free and does make for a good time waster while on public transport as long as you aren’t too vocal about your frustration with just missing that last pin on a puzzle level. Just make sure to play it on silent.