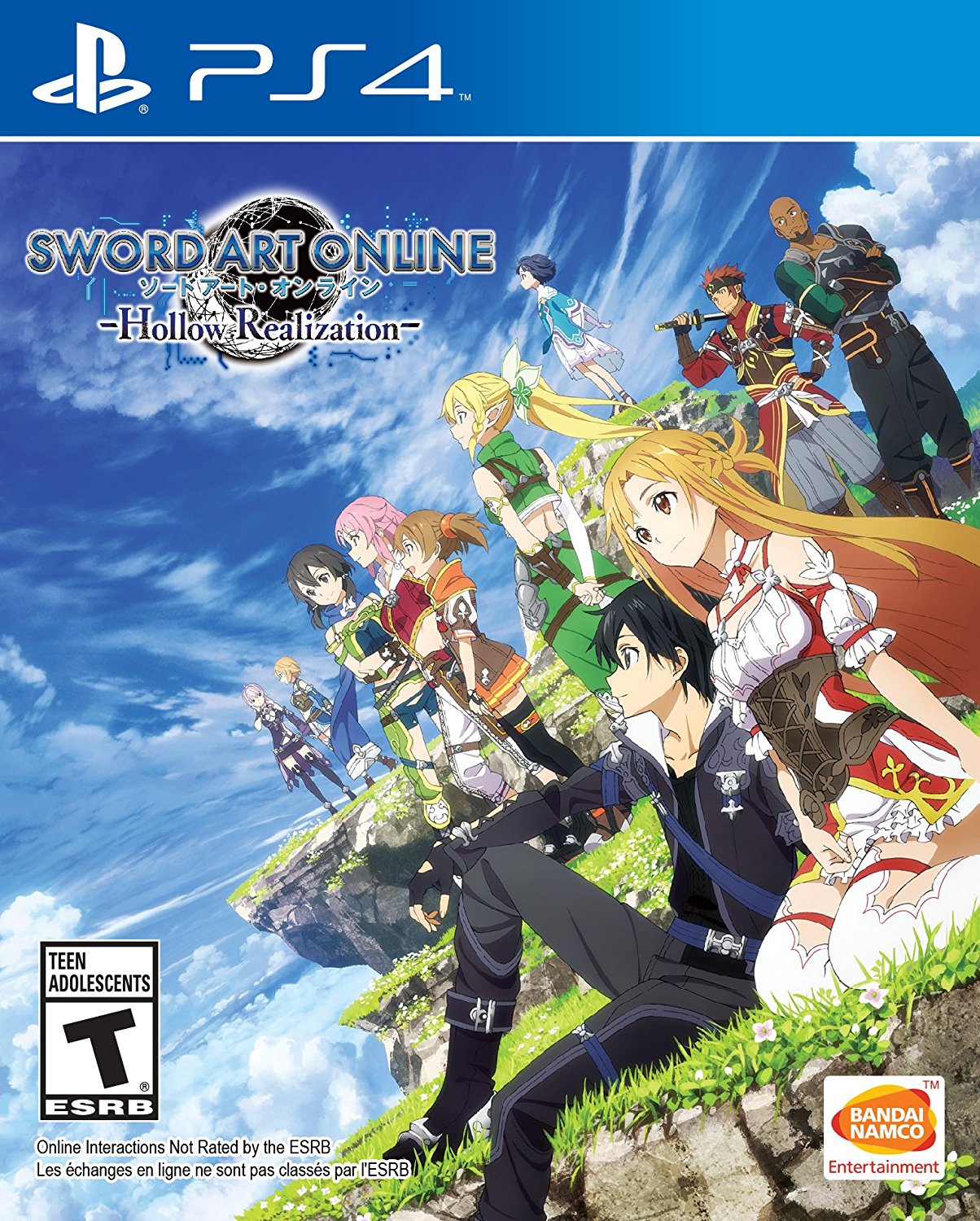 Localizing a video game based off of an anime series is a rather rare occurrence when you consider just how many titles like this are created in Japan. More often than not, only the most popular series have a chance of appearing in the West and until recently even Sword Art Online was seen as a risky proposal. After taking a chance and localizing the second game in the series, those risks have appeared to be nullified as Bandai Namco has promptly released subsequent titles in the West with the most recent game Sword Art Online: Hollow Realization being released in English only two weeks after being released in Japan. So now that the title has arrived, is it worth your time?

It is worth noting that for those who haven’t followed the games, the story in the video games is a little different from what is found in the core storyline though most events do remain the same. That being said, Sword Art Online: Hollow Realization takes place after the events where Kirito managed to clear the 100th floor in Aincrad and free those trapped in the game from their death-threatened states. Years have passed and now a new virtual MMO using base code from the original Sword Art Online has been released. 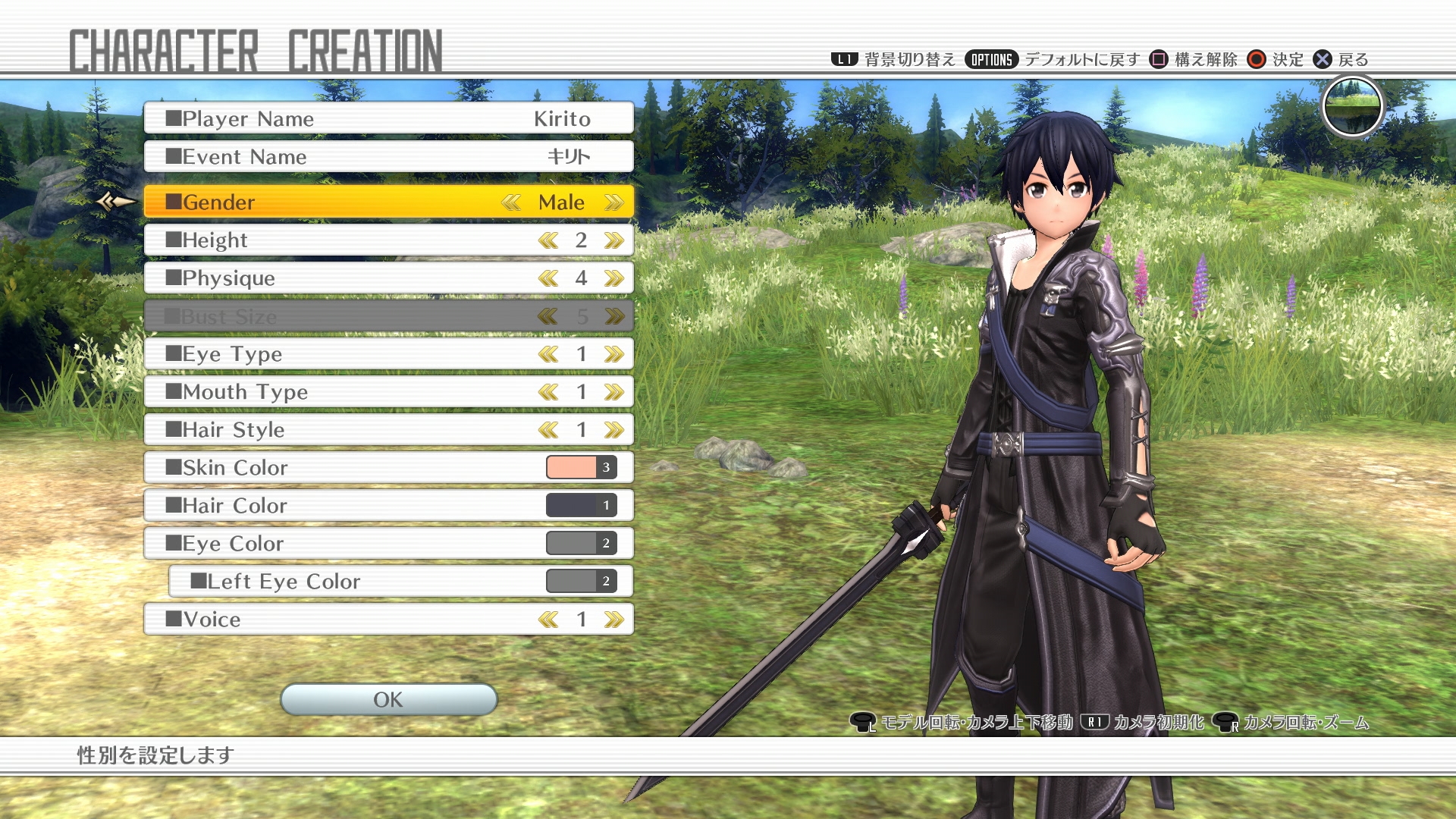 Despite the trauma that many of them faced in the original game, Kirito and the rest choose to return to this game, called Sword Art: Origin set in the world of Ainground. With the ability to start at level 1 and not face the threat of death if they happen to fall in combat everyone takes kindly to the new MMO but it seems that things quickly become rather strange as Kirito comes across an unknown AI and begins to investigate.

It is worth noting that the plot lines in this game do take quite some time to develop but this is primarily due to the fact that Sword Art Online: Hollow Realization is an absolutely massive game with a huge amount of exploration, side-quests, and relationship building that players can and occasionally must take part in when they aren’t focusing on the storyline. This does mean that the plot may plod a bit, especially near the start, but players who do decide to stick through the slow beginning will find that the game features a rather interesting storyline with a number of new mysteries being introduced to an already incredibly lore packed world. 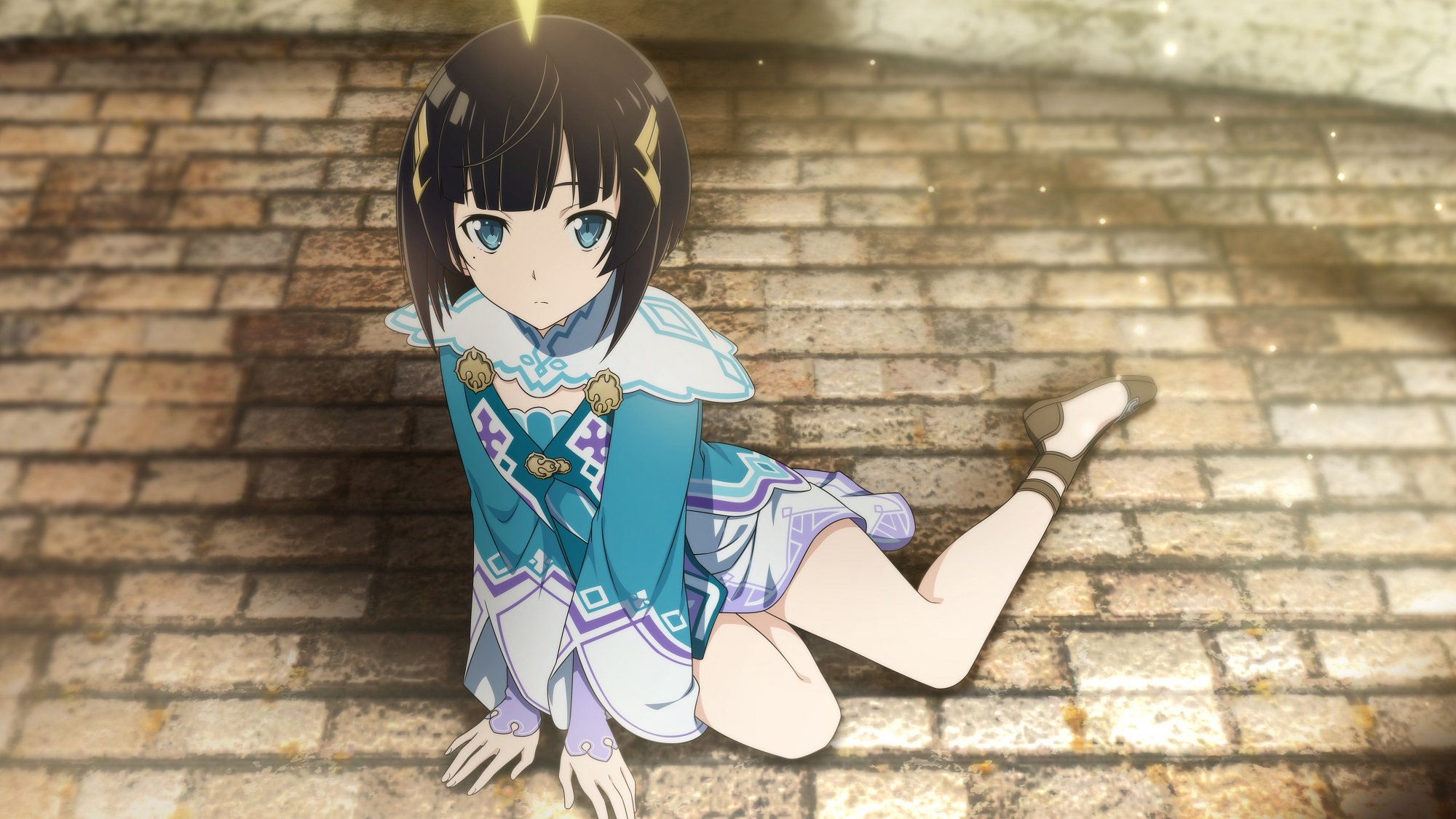 It is worth noting that, outside of certain character interactions that players can end up unlocking by raising affection levels with your friends and even random NPCs if you so choose, almost all of the story content is presented through character portraits while the aforementioned scenes simply use the character models. Occasionally a cut-scene will play for a highly important part but almost everything else is told through a visual novel style that, while entirely voiced in Japanese, can be a bit slow going at times as certain scenes do drag on thanks to this presentation style.

As mentioned before, one of the first things players will notice in Sword Art Online: Hollow Realization is that they are no longer beginning as an incredibly powerful character, though they are given Kirito’s signature “Blackwyrm” coat as a default armor set. Instead every character starts at level 1 and can be built from there which is a nice touch as players will no longer feel like they are already dropped into a high level game. 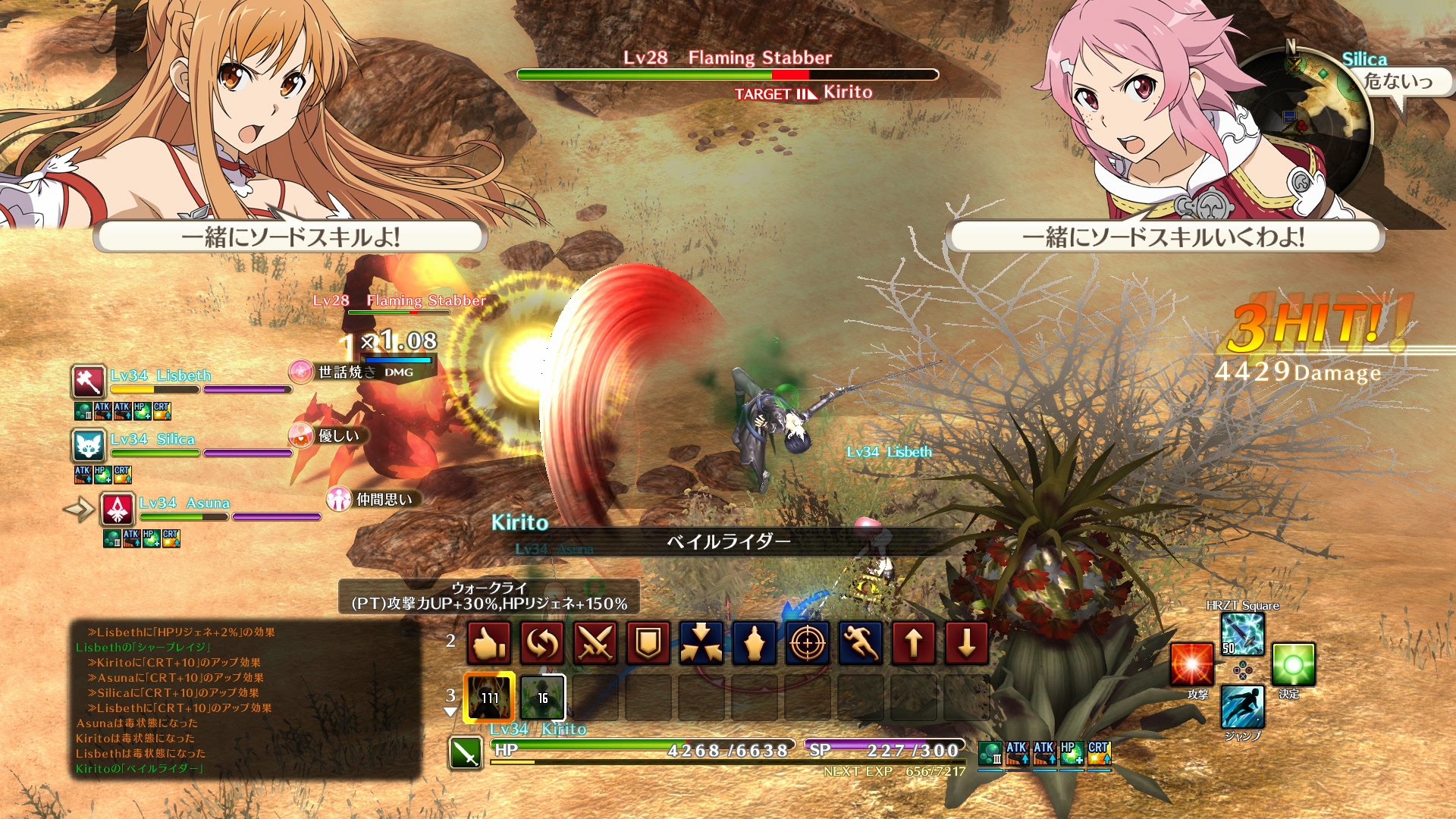 Venturing outside of the beginner’s town that serves as the game’s central hub players will find that the world of Ainground is surprisingly huge and although every area is divided up with loading screens these areas still feel rather large and most locations will contain a number of different monsters to hunt, field quests to complete, and even the occasional random spawn that can challenge the player by throwing a tougher than normal enemy at them.

Combat for the most part is a bit more refined than previous entries. Players can still simply attack at will if they over-level but thanks to the various new features players who mix things up will get the most out of the game. Dealing additional combo attacks can now add bonus damage, dodging and attacking at a proper time can stun an enemy, and even switching with your team mate, where you deal some damage with a combo only to step back and allow an ally to finish it off, allows for better damage dealing and a more rewarding experience. 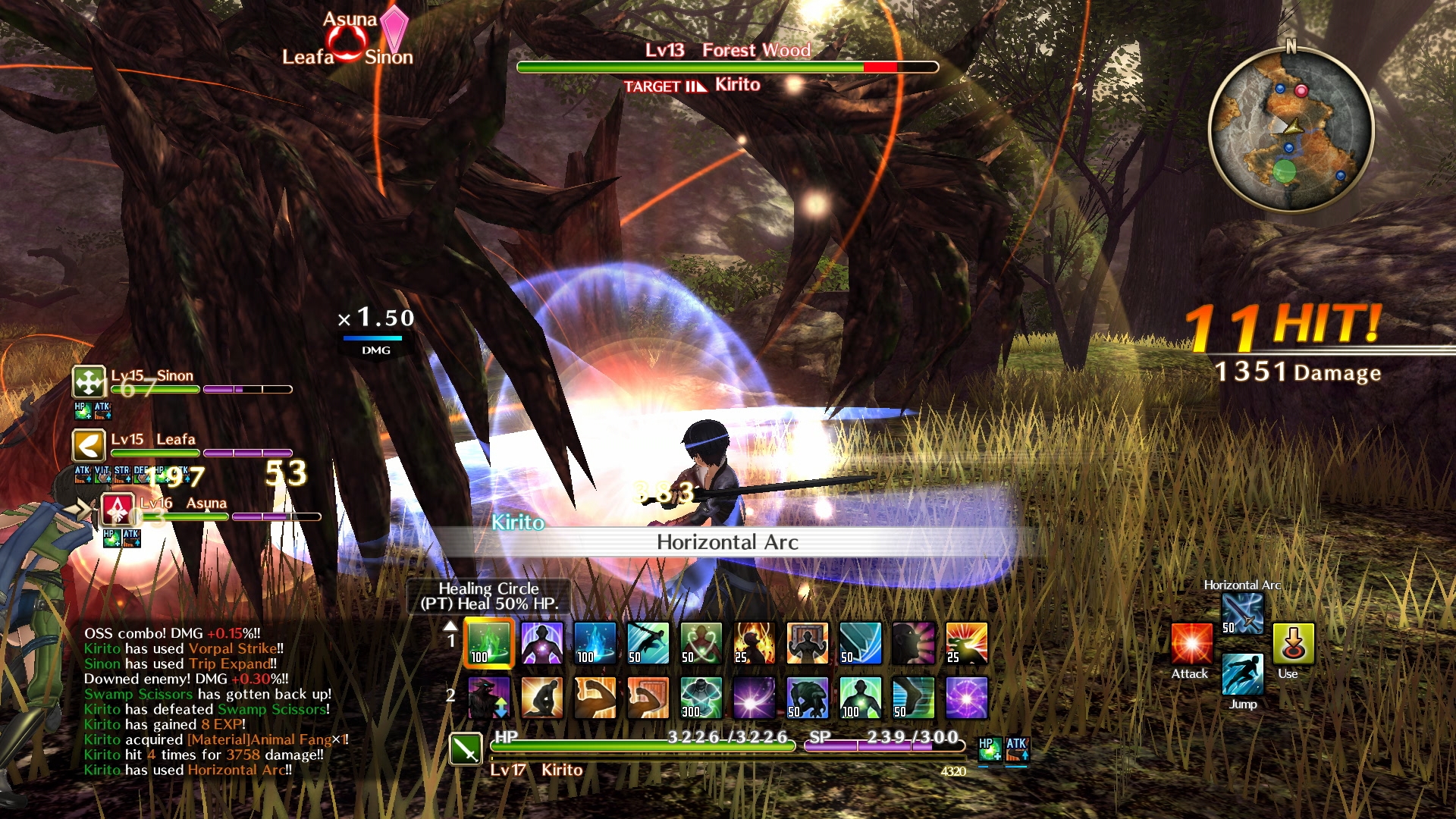 Players can also make use of various party commands that allow for them to dictate how their party, of up to three characters, will react in combat as well as give them direct orders that allow them to chain up team skills that can be quite devastating. In fact, there are many time that a higher level foe can be easily toppled by playing as a cohesive unit though don’t be too discouraged if the absolutely massive amount of options and menu screens thrown at you is too much to handle for a while. 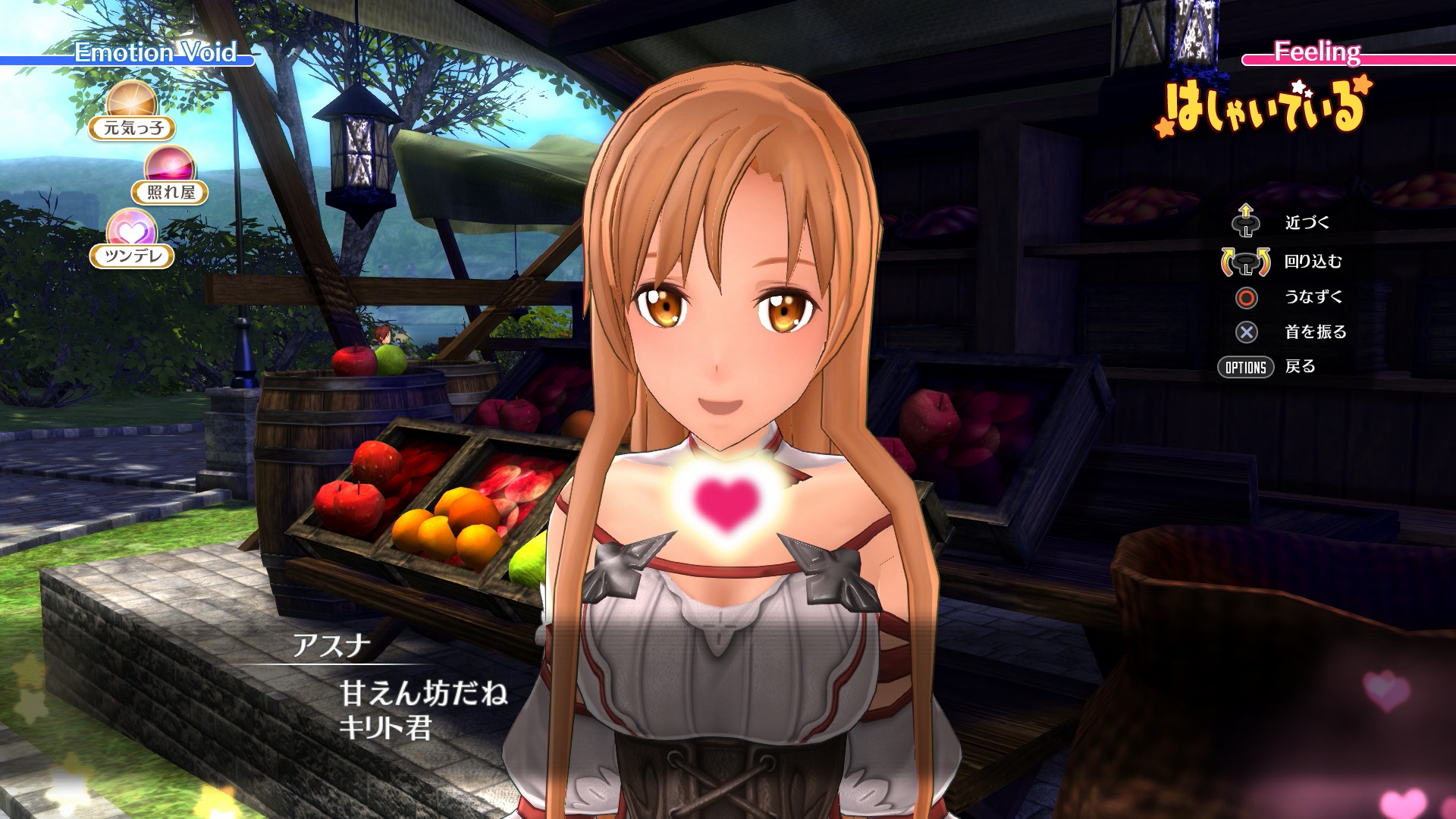 By traveling in the field with your companions and complimenting their fighting style players not only encourage certain actions to be taken by their allies but also build up their trust as well. This relationship building is carried into the aforementioned romance options and interactions that allow Kirito to ask characters out for walks, out to lunch, and more to  grow close with and end up bonding with them, regardless of who they might be as Asuna isn’t the only character available for this option should players choose to go after their favorite girls, or guys, if they so please.

With the release of Sword Art Online: Hollow Realization following less than one year after the previous entry players who tried out the last game will find that there are quite a number of recycled assets that have appeared in this game. For the most part these don’t stand out too much as enough effort has been placed into creating diverse, albeit uninspired, MMO environments that these smaller assets blend in well enough. The level of detail placed in character models and the actual character portraits is nicely handled as well which is a big plus considering the amount of time spent looking at these portraits. 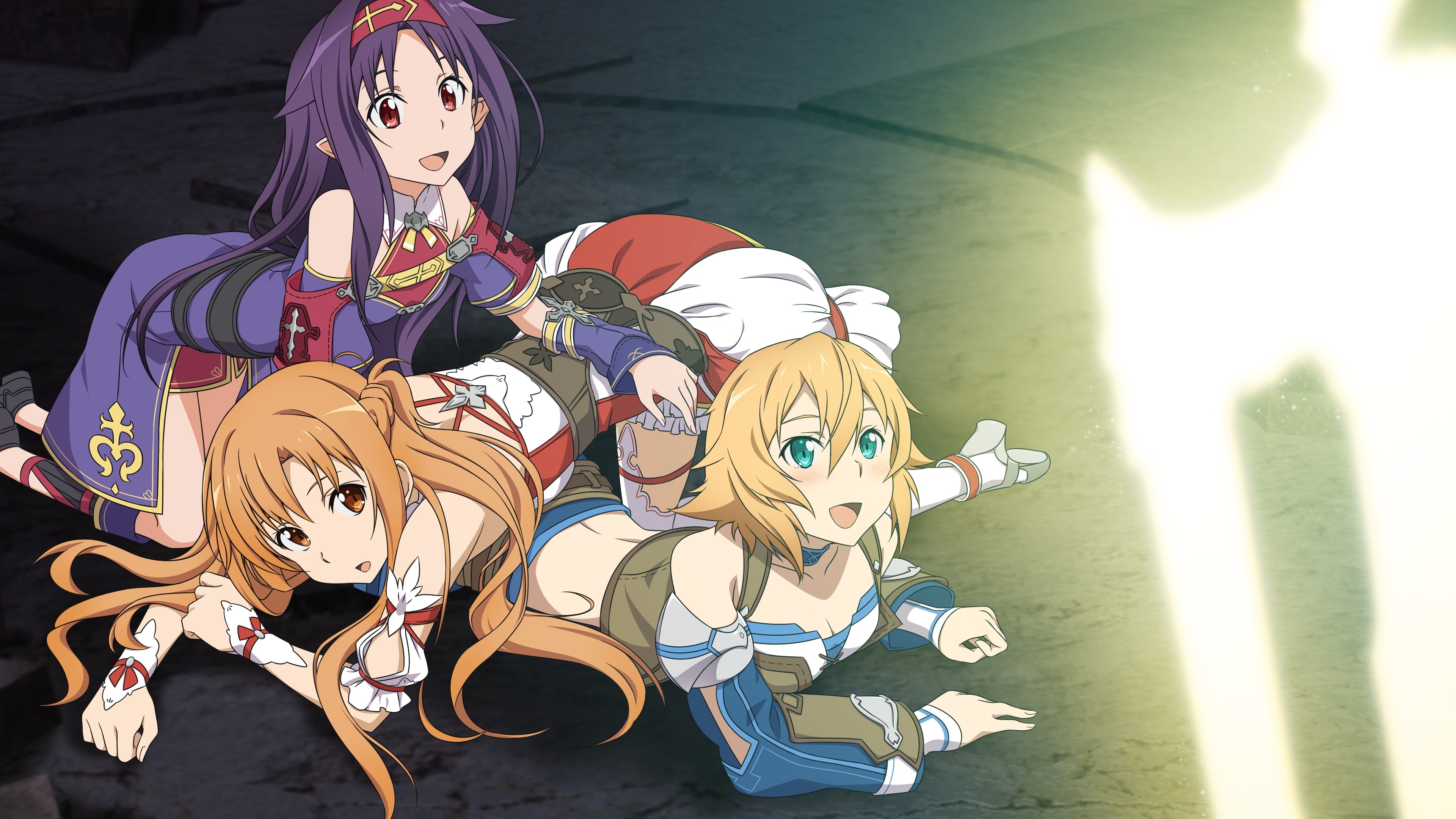 It is also worth noting that there are quite a large number of CG scenes that are well-produced and appear during certain events. As mentioned before, the game has been given complete Japanese voice work for almost every element of the game, including side events. This is a nice plus especially since the voice actors have all returned to reprise their roles in the game. The soundtrack is unfortunately fairly standard and rarely stands out in any way.

Sword Art Online: Hollow Realization may take a while to get going and throws a whole lot of different elements at the player at once with only the bare minimum of a tutorial but once players get past the starting elements of the game, they will find that a refined combat system and an enjoyable new storyline await them beyond some recycled elements. Those who are fans of the series will enjoy this entry as it offers more customization, interactions with the cast, and a far better storyline than previous entries while newcomers may be put off a bit but thankfully the title does give those unfamiliar with the series enough explanation to get off the ground.

Sword Art Online: Hollow Realization starts a bit slow but once things start to pick up a refined combat system and fresh storyline await though many elements may look overly familiar for longtime fans.
8.5