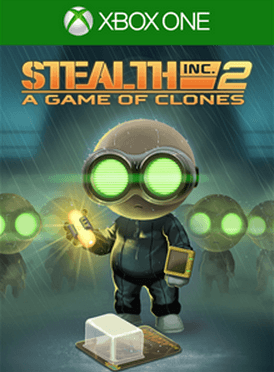 Curve Digital reveals its latest platformer, A Game of Clones, in the puzzle crunching franchise, Stealth Inc. The clones are back in action and the challenges are more demanding, blood crushing and gut-wrenching, with a degree of difficulty that has remained in the shadows since The Lost Clones. Is what lingers in the darkness a stealthy execution of the sequel or carbon copy of the original?

The time has come for the clones to depart PTI Industries . . . but what exactly is the organisation using the “clones” for? The sequel takes a step forward in the narrative progression of the Stealth Inc series, however the big reveal is not entirely what players would expect [I’ll refrain myself from spoiling too much]. The game begins with Malcolm Alderman, Snr. Quality Assurance at PTI Industries, who is a tad frustrated with his inability to top the leader board as “employee of the month”. Essentially, this man is the one trying to score the most kills for his test subjects. Players are tasked with controlling one clone to rescue all of the others – before it is too late. While the story touches on the purpose of the clones and their futile existence, it also provides comedic relief for the very dark and sinister title.

Stealth Inc 2: A Game of Clones provides players with a series of thought-provoking test chambers. As with the predecessor, the gameplay is immersive, skill-driven and requires a high level of concentration, patience and quick reflexes. The goal is to remain hidden from detection, while moving through 5 distinct and structured areas and a total of 60 individual levels. What stands out in Stealth Inc 2, is the creative combination of traps and gadgets that play a significant role in the clones survival. For example, players are able to release vents of smoke into fans to cover up specific camera feeds; creating the perfect path for sneaking amidst the shadows. 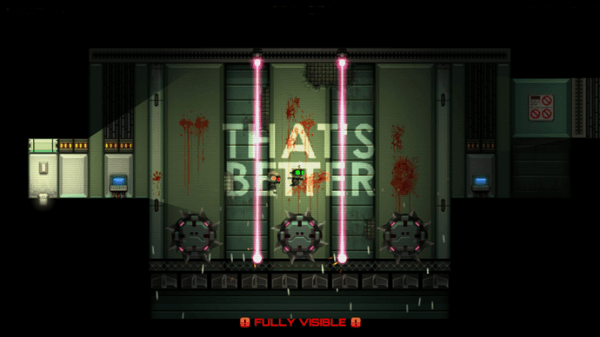 To be the stealthiest clone, players need to adapt to their surroundings and take their time to measure the safest course of action. Unfortunately, luck is not the solution to solving the puzzles in Stealth Inc 2. All players can do, is try their best to avoid lots of moving security guards, including robot dogs and what appears to be ghastly from Pokémon.

Once players have progressed further into the game, they will be rewarded with in-game clothing items and tools to overcome the obstacles in each of the levels. Meet the Inflate-a-Mate buddy – a toy designed for destruction and chaos, which can be used as a canon to trigger in-ground explosions, a booster for jumping great heights to reach platforms, and block for casting shadows from the evil cameras and killer bots. What is even more impressive, is the Jack Boy robot hijacking tool, which allows players to take control of the security robots and use them as their own personal laser gun!

Stealth Inc 2: A Game of Clones also returns the ‘level editor’ feature from the original game, a great way for players to create their own puzzles and share them with friends. The community levels are a fun and engaging way for players to practice their stealthy skills in the new creations of the Stealth Inc universe. 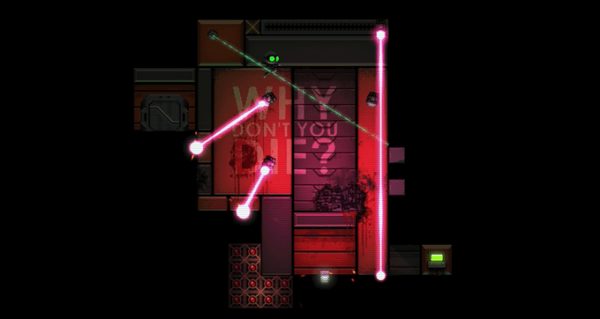 The magnificent world of Stealth Inc is brought to life with the amazing 2D artwork and design. Lead artist, James Mason depicts the PTI Industries as a dark and sinister nightmare, where clones are confined to a maze of never-ending trap doors and bloodcurdling experimentation. It is the traffic light goggles that remain the most distinctive visual feature for players, who need to constantly be aware of their clone’s visibility. The most exciting element is venturing into unknown territory – into a new trap or secret area on the map – which adds a degree of tension and uncertainty to every movement. Thankfully, there are silent cinematic clips (with subtitles) to ease players into the intense puzzler. As the story progresses, players see the clones plotting their escape and the distressed employee, Malcom, who refuses to accept defeat. Malcom’s hilarious taunting is the graffiti that appears on the wall in the game, which taps closely into the players’ minds and reactions.

Ricky Honmong reinforces the musical essence of the Stealth Inc franchise, with the new release. The drone of clones wandering aimlessly in the dark, the flashing sirens to keep players on their toes and mechanical backdrop to the PTI Complex and Cloning Labs. The quick in pace beats and rhythm of Stealth Inc 2 dissolves the feeling of time – making the player a “lost clone” of the puzzle world. 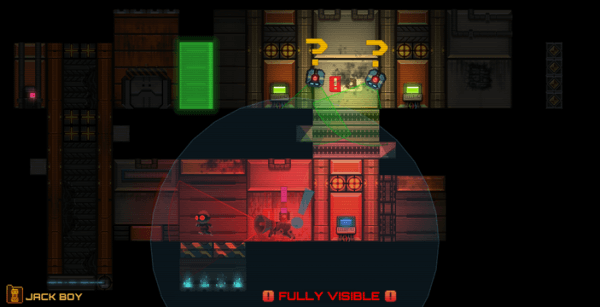 Stealth Inc 2: A Game of Clones fits in the ultimate puzzler category, one which attracts a large audience of gamers across the ‘suitable for all ages’ bracket. The added humour is a bonus for the truly sadistic levels, of darkness and overkill. Having the right mindset and level of patience to carry through Stealth Inc 2, will determine your opinion and overall satisfaction with the game. There is nothing wrong with throwing a tantrum and yelling absolute blasphemy through your house, as you smash your controller (or keyboard) in the process. Trust me, you’ll feel a lot better in the end after surviving A Game of Clones. Best of luck minions – I mean clones!