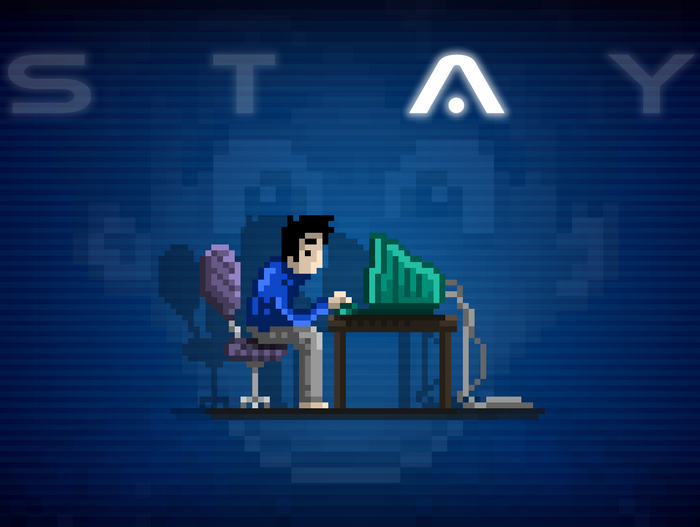 After reviewing The Thin Silence recently, it seems like another game with a similar topic found its way to my PC. On top of dealing with depression, STAY goes an extra mile by adding loneliness and anxiety to the mix. Jolly. That and an interesting gameplay mechanic (more on that later) already got me curious, so let’s dive in deeper. Hopefully, the game won’t overSTAY its welcome (first and last pun of the article, I promise).

We find our protagonist, Quinn, waking up in a locked room with nothing but a computer (pretty sweet deal, if you ask me). He has to find answers to why is he there, who trapped him in the room and how can he get out. His most valuable asset is you. Specifically, the person chatting with him from the other end of the screen. You’ll be there to guide him, help solve some puzzles and gain Quinn’s trust by choosing correct conversation options. Your decisions will guide you to one of the seven different endings and death scenarios. Fun! 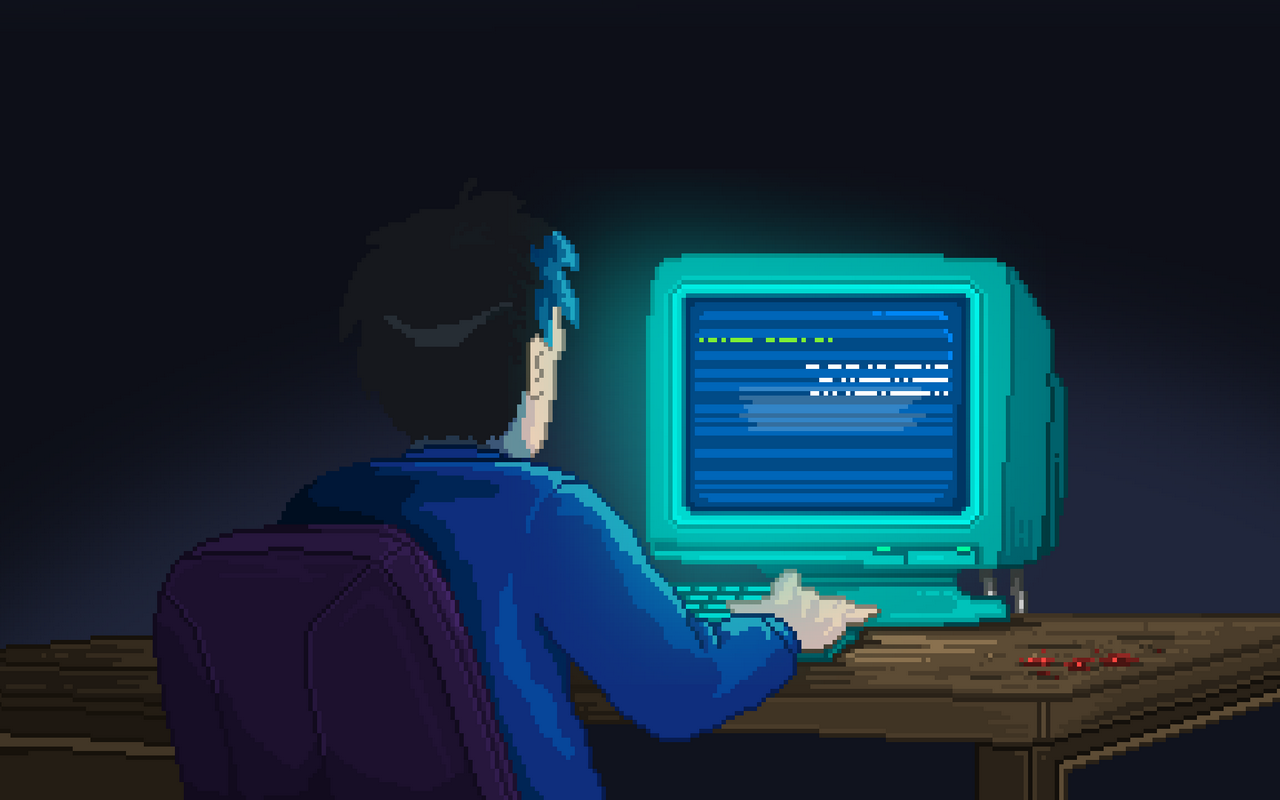 You won’t find much to do at first as Quinn, so chatting with the player will be a sure way to kill some boredom. Maybe even get out alive as a bonus. Much like real life, the computer screen is where you’ll spend most of the time. You will have access to Quinn’s webcam so you can observe him constantly. This will be useful later on to better observe his behavior and mental state.  Below the tiny webcam screen on the left, you can look at four different graphs representing Quinn’s mood. The way you interact with him, whether it is being understanding or giving harsh replies, will have an impact on his actions. Sometimes he might not listen to your advice which can even lead to his certain death. Yep, it happened to me more than once. Moral of the story is: always be nice! Another interesting thing is that gameplay mechanic I mentioned at the start. In STAY, time passes regardless if you play the game or not and leaving Quinn for far too long will have an effect on the story and his behavior. I guess that’s one way to keep you glued to the screen. One of you, at least. 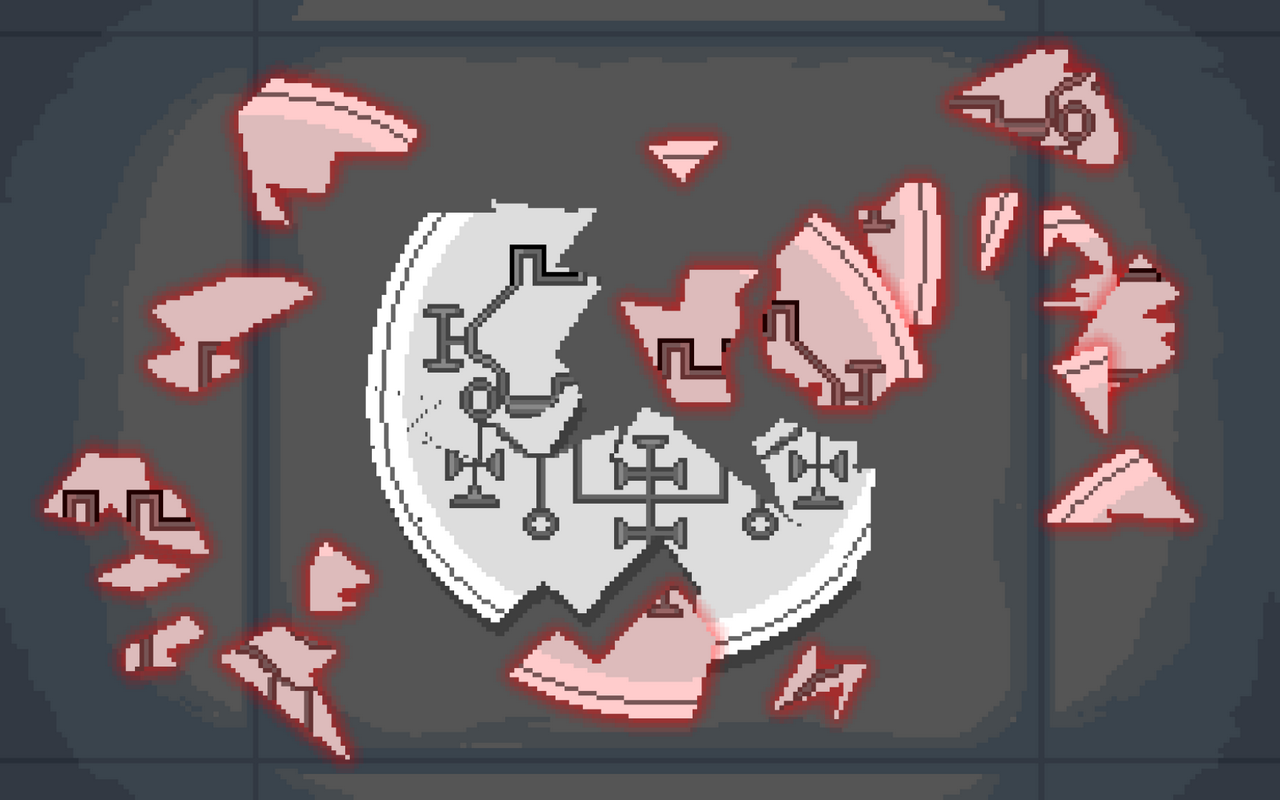 Despite the minimalistic presentation and having the story in the confined environment, there is some impressive attention to details in STAY. The game features wonderful pixel art and a well-animated character. While the color palette can be rather grim at first, once you progress more in the story and gain to some new areas, that only changes for the better. 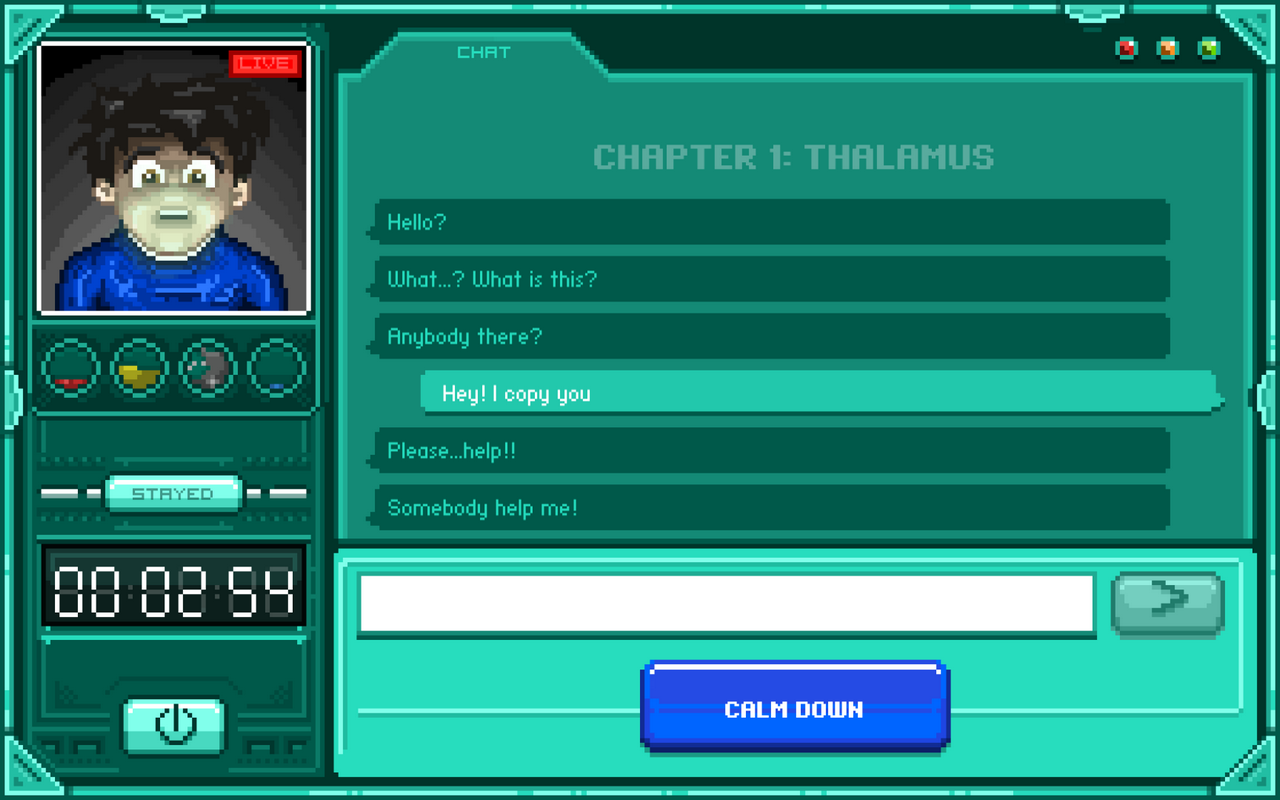 Never judge a book by its cover, as they say. It’s something I remembered an hour into the game. The soundtrack is something I didn’t expect to be on this level in STAY, at least when compared to the rest of the visuals. If anything, I’d say it raises the overall atmosphere to a whole new level. The music here is barely noticeable at the start but pretty soon is opens up with a good selection of intense piano notes. Things will usually pick up the pace during intense story moments and dialogue, adding more fuel to the fire. 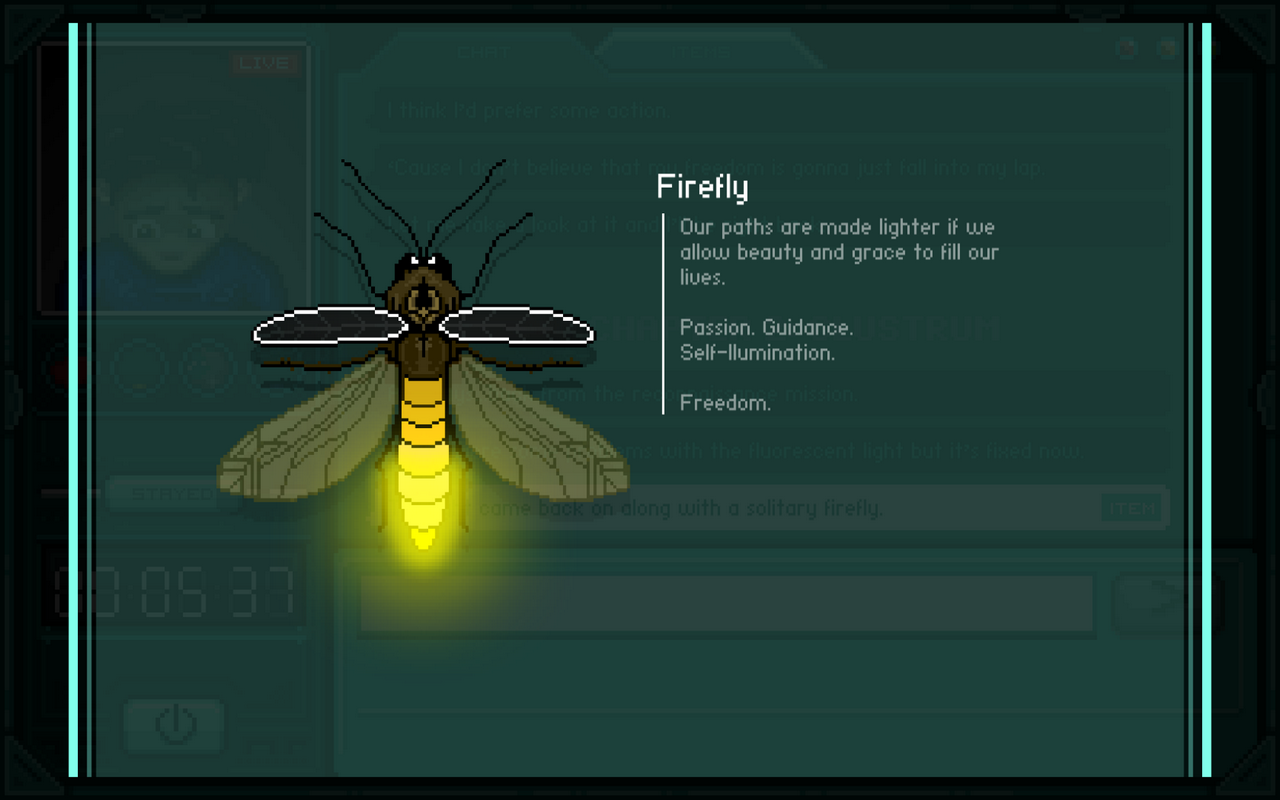 The main thing that I find remarkable in STAY is the way the story is presented. Quinn is in danger, yes. There are many answers to be found by solving puzzles and making Quinn open up a bit. Most of the story is served to you through these drops of info from items you find and while exploring your surroundings. However, the more you play, the more you move away from the main plot and get up close and personal with Quinn. Eventually, I felt like the main story was a well-made bait hiding another story behind it. One that seemed special to me. In the end, I completely forgot about saving Quinn and helping him get out of that place. I was more focused on establishing a real connection and being there for him. It’s been a while since I got my hands on a game that managed to elicit such an emotional response from me but going with an overall theme of the game, it made sense. Sometimes we just need someone to be there for us, it can make a whole lot of difference in the long run.

Engaging story, wonderful pixel art and a splendid soundtrack. A small game with a big heart.
8.5