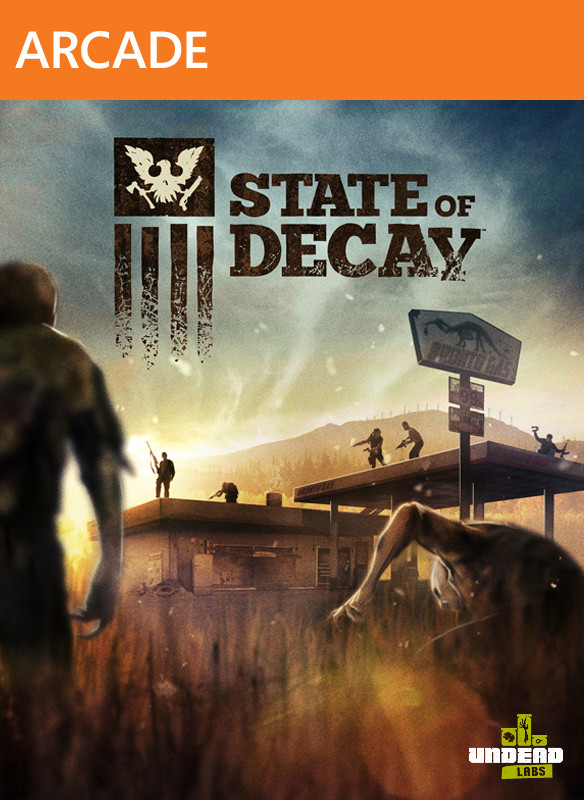 Overview
Zombie games are starting to become a dime a dozen nowadays but for every forgettable title simply riding the zombie train, there are others that shine. Despite its flaws, State of Decay proved to be one of these shining zombie games by dropping players in an open world zombie apocalypse where survival was no easy task. Now, six months after the release of the original game Undead Labs has released the first piece of DLC for the game, State of Decay: Breakdown. Does this DLC add enough to the game to warrant a purchase?

Gameplay
You may have noticed that we’ve skipped over the usual story section for this review and for good reason. While State of Decay was mostly an open world experience that players could take advantage of at their leisure, there was still a storyline with little side-stories that would nag the player to continue and progress through the game. Breakdown on the other hand removes the entire story aspect from the game and gives players only a few simple objectives, survive, establish a safe house, survive, gather supplies, survive, find an RV, and survive long enough to escape using said RV. 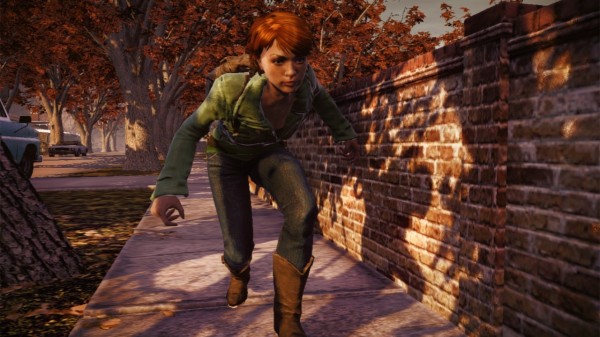 Obviously I listed survive quite a few times there because that is what Breakdown is all about, surviving as long as possible. Where players used to have a storyline to progress through the game now is all about trying to survive and use an RV to advance to a “new location” where the difficulty is bumped up a notch until things eventually become too much. However, exactly how the player chooses to approach this is all up to them.

When players begin the game they are able to select a playable character. To start with players are only given a random non-hero survivor, though hero characters both old and new can be unlocked by completing various challenges inside of the game. The player is then dropped into the world at a random location with only a few basic items on them and from there on it is up to them to survive.

The first objective is simply to find a community that will take the player and the ever present Lily in, and there are a number of communities that can be joined, allowing the player to choose either a community based in fields, on the outskirts of a town, right in the middle of everything, or elsewhere. Thanks to the random spawning and lack of hero characters, it is very likely that your very first venture into Trumball County will result in the player being torn apart by zombies before they even make it to their first community, giving players an instant feeling of how the game will be now that there is no intro to provide an established system. 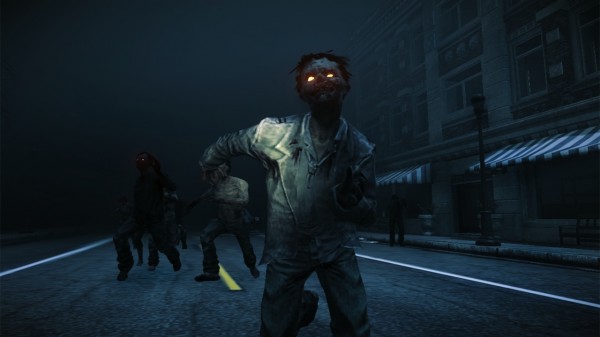 After you join a community, Breakdown becomes what State of Decay players have come to know, a game where they must gather resources, save survivors, keep these survivors healthy, gain their trust etc. Shortly after the player starts to get everything together, they are notified that an RV has been found and can be repaired with a certain number of materials, and doing so they can simply leave and advance to the next area if they so wish. However while this can be done as quickly as possible, it may be more prudent to wait and gather as much as possible from your current area, it is all up to the player.

When you do choose to leave however, there is one problem. An RV can only hold so many people which means that you will need to choose only a certain number of survivors to take with you when you choose to advance. This can lead to some tough decisions for the player as they debate between some of their best fighters or a highly skilled medic. When you do leave however you take the entire weapons locker with you as well as a fair amount of the supplies you’ve gathered from the area. 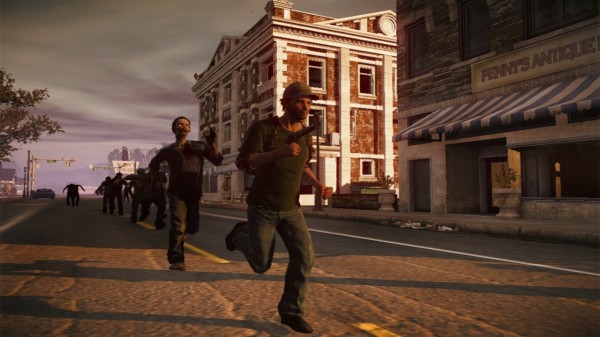 When you arrive at the new area, you will again spawn in a random area on the map, the exact same map, with all of your survivors. The only difference this time is not only are you not alone but you also have equipment and resources to start out with. To make things even better, all of the various locations have been filled with resources again and vehicles have also been restored.

It isn’t all sunshine though, as every advanced stage also sees an increased difficulty level where zombies will start to be faster and stronger with an abundance of special zombies. At high stages it is entirely possible for there to be three special zombies, especially Ferals, within a block radius. This means while it may have been easy to eliminate enemies at stage one, stage four will leave the player cowering in fear from hordes and using whatever they can to get away, finally giving those distraction items some use. 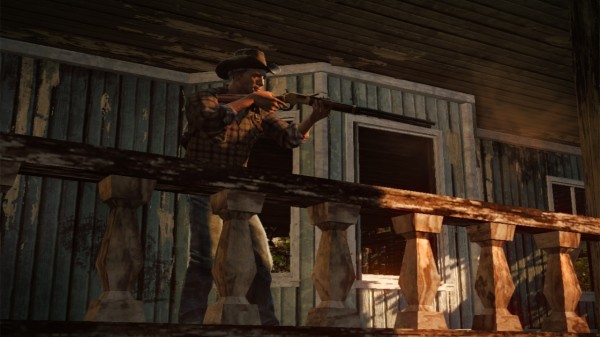 Speaking of items, Breakdown does add a large number of melee weapons and firearms into the game so it is worth noting that the DLC does add a bit more than just this extra mode to the game. These weapons can be very useful at times but even the fanciest weapon can’t save you from a rampaging horde at a high level of difficulty. This means that while advancing as fast as possible might be fun, sometimes players can simply choose to spend hours on the first stage before advancing, as they take everything that isn’t nailed down with them in preparation for the dangers ahead.

Now, one thing that is an issue, especially since the game has been out for so long, is that the title is rife with bugs and glitches. Numerous times throughout the course of the game zombies simply walked through solid walls that should provide shelter, survivors tend to get stuck in the level geometry quite often which only results in their death and even their AI seems to have suffered some as they have almost zero survival instinct.

Visuals
Now while the additional weapons and weapon designs are a nice touch and a few new characters or at least characters I never saw in the original State of Decay’s survivors have been added into the game, it quickly becomes a problem that outside of that there has been nothing added into the game as far as locations go. Despite moving to a “new area” the map is always the exact same location which tends to be extremely repetitive despite some survivor locations and supply ratios changing between maps. 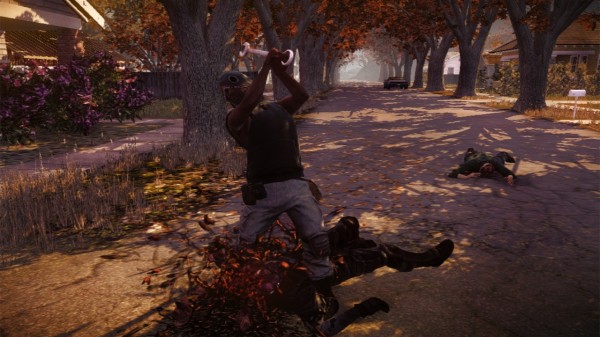 While some buildings have been given an overhaul now that bases can be set up in them, the DLC still sees numerous houses with the exact same layout repeated over and over again and the title also suffers from some truly terrible pop-in rates. Everything from basic textures to even zombies themselves can pop in at times, with the zombies being a major problem since a safe player can suddenly find fifteen zombies spawn a few feet off the ground and attack them right there.

Audio
The atmospheric nature of State of Decay remains true in Breakdown, however the voice work remains a problem in more than one way. Playing as a random survivor will always have the character using the exact same voice actor or actress depending on the gender. This grows tiresome rather quickly since the voice actor does not fit a lot of the randomly spawned characters. That being said, it is nice to see that most of the Heroes have been given their own voice actors and some of the repetitive dialogue has been changed up a bit.

Overall
State of Decay: Breakdown not only adds a new survival based mode where gamers can take what they learned from the basic game and put it into practice as they take on increasingly difficult odds, but it also adds a fair number of new weapons to put to use. The survival aspect creates a true sandbox for players to enjoy and progress how they wish with almost every decision up to them, but sadly it is the same sandbox that we’ve explored before with the same graphical issues, glitches, and issues that remained true in the original release.