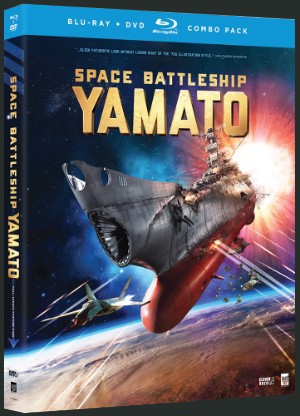 Overview
Space Battleship Yamato is one of those rare movies where you can say: “This movie has it all.” It has adventure, drama, romance, but most importantly, a heart wrenching moral about the importance of love and what it means to put your loved ones before yourself. Director Takashi Yamazaki, whose previous credits include 2002‘s Returner and 2005‘s Always- Sunset on Third Street, brings the classic anime to the big screen with this live action adaptation. 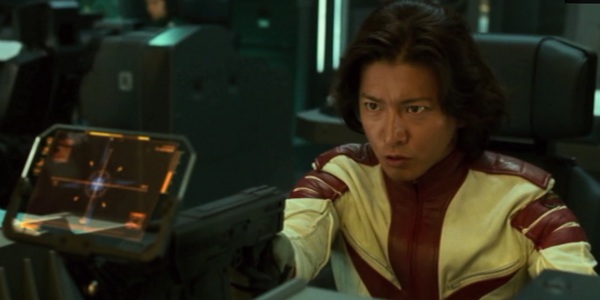 Story
Earth is in ruins. There are aliens called the Gamilas attacking, who we discover are responsible for the ruin of Earth since they’ve been shooting radioactive missiles at the earth. The movie begins with a fight against the Gamilas near Mars, where Captain Okita chooses to sacrifice his fleet for a chance at escape from the horrific battle. Captain Okita’s decision, on the surface, seems to be very simple: get out alive and sacrifice his fleet, or die with them and leave Earth defenseless. However, one brave captain, Momoru Kodai, was the one who urged Okita to leave and defend the planet, even at the cost of his own life. This sets up a theme that continues throughout the movie: sacrifice. One of the things that sets Space Battleship Yamato apart from any other sci-fi movie I’ve seen is the focus on sacrifice and learning that sometimes, in order to save the ones you love, you must lay down your own life for them.

Back on Earth, we discover that everyone has taken to living underground so they won’t be exposed to radiation on the planet’s surface. In one of these underground cities, our protagonist Susumu Kodai, brother of Momoru Kodai, llives and trades rare metals. He goes to the surface to find more metal and is nearly struck by an alien capsule that fell to Earth during the battle near Mars. In the resulting explosion, Kodai is exposed to a fatal dose of radiation, but somehow survives. Both he and the capsule are recovered, and it’s discovered in the capsule that an anti-radiation device that could save humanity is located on the planet Iskandar. Captain Okita requests humanity’s last functioning space battleship, the Yamato, and calls for volunteers to go on a “journey of hope” to get the anti-radiation device. After hearing this, Kodai dusts off his old military jacket and signs up, figuring he will honor his brother’s sacrifice by flying an almost certain death for the chance to save humanity. Before he volunteers, Kodai seems to not have any sense of purpose, other than to get up and find rare metals for trade. After he volunteers, he slowly becomes alive again, which speaks to another theme of the movie: the correlation between love and honor. All of the crew on the Yamato feels that they are doing an honorable thing by searching for the anti-radiation device, and really, they are. They’ve given up every hope of seeing their families again in search of a hope that their families may survive humanity’s impending doom. 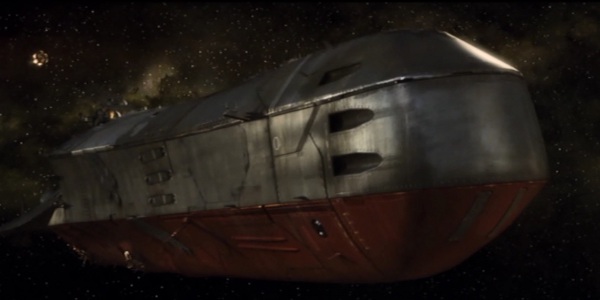 Okita’s call for volunteers brings together a colorful cast of characters who all have their own motivations for finding and saving humanity, and these motivations and ideals are further explored as the crew of the Yamato journeys towards Iskandar. Some highlights include Kodai’s former fighter squadron, a doctor who is rarely separated from her tabby cat, and an enthusiastic weapons specialist whose mother worries too much. As the crew’s journey continues, it’s discovered that Captain Okita has a fatal disease that is rapidly spreading, leaving him unable to continue his duties as Captain. Okita calls Kodai to his bedside and names him Acting Captain of the Yamato. The crew reaches Iskandar, and it is discovered that the Gamila’s base is on Iskandar. The crew lands on the planet and launches an attack against the Gamila while looking for the anti-radiation device. They eventually find the anti-radiation device, even though it does not take the form they expect, and rush back to the Yamato.

The Gamilas continue to attack, and the only two to survive long enough to make it to the ship are Kodai and Yuki Mori, a member of Kodai’s fighter squadron. They board the Yamato and rush to get the anti-radiation device to the surface, but the Gamilas have followed them through space and begin to attack the already damaged ship. They fight back, but ultimately, Kodai orders all hands to abandon ship and sacrifices himself to save humanity. Kodai’s final moments aboard the Yamato are some of the the most poignant in the entire film. We watch him say goodbye to Yuki Mori, a member of his fighter squadron he’d fallen in love with. We watch him send one of his best friends away to safety so that he can return to his wife and young son on Earth. Finally, when Kodai is alone, he is spurred on by the faces of the fallen who have gotten him here thus far. After Kodai sacrifices himself, the film ends on a hopeful note. We see a restored Earth, where Yuki Mori stands with a child (presumably her and Kodai’s child). This last, hope-filled scene affirms the struggles that the entire crew went through on their quest and reminds us that there is always something to fight for. 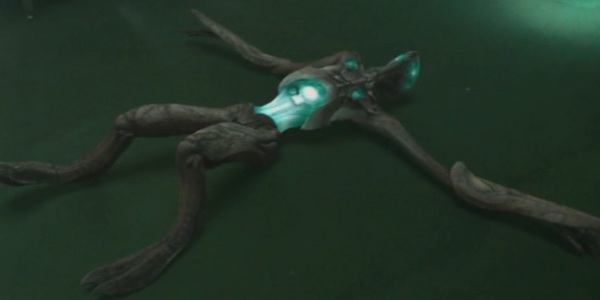 Visuals
The space battles looked convincing and even dramatic, as well as unique. It would have been very easy for the studio to create a fight that reminded viewers of Star Wars or Star Trek, but Space Battleship Yamato had a magic all its own. The alien enemies, the Gamilas, looked realistic and at times, terrifying. The cinematography conveyed a sense of drama and high speed action during the battles, but also seemed relaxed and friendly when it needed to show the development of relationships between crew members.

Audio
The DVD of Space Battleship Yamato comes with Japanese and English options for audio and English-only subtitles. The English dub seems to discard the range of emotions that the Japanese dub has in favor of a flat, high octane tone. The score by Naoki Sato, whose previous credits include Blood-C and Eureka Seven, perfectly highlights the changing moods of the film and excites the audience when necessary, but his score will also haunt the viewer during the wistful sadness of some scenes. 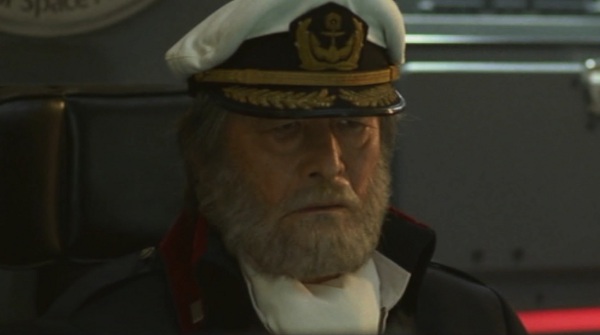 Overall
Space Battleship Yamato is a great film for fans of the original series and films, but is also good for the casual viewer who enjoys good science fiction films. The characters come alive on the screen in an unforgettable way, and each character’s struggles highlight something important about humans as a whole. It looks and feels like a timeless adventure through space for the good of humanity, and it also makes you begin to think that might the most honorable motivation of all.