Once the Sound Blaster Tactic Rage 3D were first plugged in, Windows installed the default drivers for them without a problem. However, not included with those drivers was the driver suite software, which allows you to reconfigure the headphones to your liking. The default configuration for the Soundblaster Tactic Rage 3D headphones are amazingly useable and even if you never reconfigure them, you’d still have a pretty nifty pair of headphones. However, it is heavily recommend downloading the driver suite to unlock the full capabilities of the device.

This was the first point of disappointment with these headphones. The user has to actually download the driver suite. None were included on a disc with the product. However, most people have the internet these days so this was a near non-issue.

Riding off the back of the first disappointment is the first thing that was really enjoyable about these headphones. Or rather, the driver-suite software anyway. The installer for the suite software immediately detected the computers regional settings and adapted itself to those settings. While leaving your computers regional settings in Japanese can create a minor inconvenience by the program not having any of the language variables written in those languages native styles, a quick Google of the spelling can be helpful.

Once the Sound Blaster Tactic Rage 3D driver suite software installed, called Sound Blaster Recon (3D), the user is able to configure the settings of the headphones. There are a lot of variables that can be modified with this software. 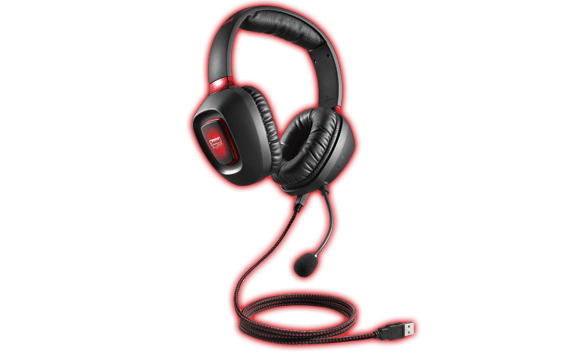 The Sound Blaster Recon (3D) software allows you to change the functionality of the headphones in some interesting ways. One of these is the ability to edit whether or not the headphones will output audio in different ways. The user is able to choose between a variety of options for their audio output, ranging from 7.1ch right down to stereo sound.

There are also more usual feature like a graphic equaliser, an audio crystallization feature and bass controls. These features of the Sound Blaster Recon (3D) software allow the user to alter the sounds coming out of the headphones. All of these features do as they appear to do, for instance the crystallization makes the audio sound more clear, while the bass controls modify the amount of oomph the bass has.

The Sound Blaster Tactic Rage 3D comes with a detachable microphone mounting. This allows users to decide whether or not they want to have a microphone attached or not. The microphone itself feels as though it isn’t as sensitive as it should be, requiring it to be placed very close to the mouth for the user to be the most audible.

Interestingly, the Sound Blaster tactic Rage (3D) software allows you to modify how you sound to others whilst you are talking through the microphone. Settings like pitch, frequency and a few others can be modified to the users preference, or to the preference of the audience.

One thing that is pleasant about newer headphones is that they come with diodes within the earpieces to make them light up. In the driver suite, you are able to modify many of the parameters regarding the function of these LED’s. These are your standard things like colours, pulsation values and an interesting option that is rarely seen, the ability to pulsate along with the tune. 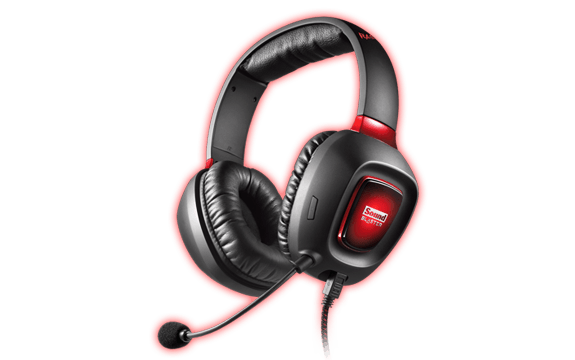 The topmost part of the headphone arc may prove to be an issue for some users. The leather-esque bit just under the arc is comfortable most of the time that it is resting on your head. However, after a while it kind of irritates the top of the head with an uncomfortable sensation. If it could be likened to anything, it’d be most like a light itch. However, just rearranging the positioning of the headphones alleviates the discomfort.

Included with the package is both a 3.5mm cable that is male on both ends, so as to fit in female slots on both the headphones and another device, as well as a MiniUSB to USB cable. It should be noted that to modify the functionality of the headphones, you must have them connected to a computer using the MiniUSB-to-USB cable.

I have to admit that as these are mid-low range headphones, I was not expecting them to sound as good as they do. Considering these headphones are primarily designed for gaming, I had to test these under gaming conditions. However, I also tested under a few different audio modes in Blu-Ray movies as well.

One of the games that the Sound Blaster Tactic Rage 3D headphones were first tested on was QuakeLive. The sounds weren’t as grungy and everything sounded a lot cleaner. The positional audio works incredibly well with these headphones 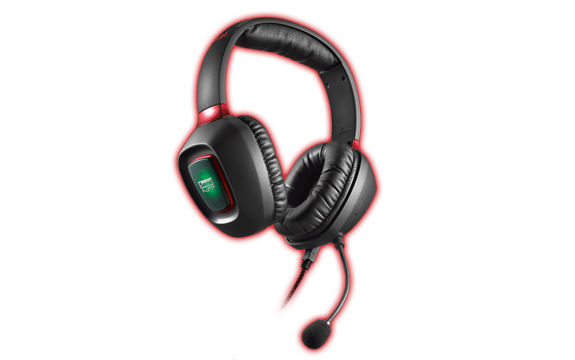 The headphones were tested in a range of other video games, some of which were MMORPGs. They performed pretty well and writing about each of these games would just be echoing the previous section on QuakeLive.

Modern movies tend to come with either a 7.1ch or a 5.1ch audio track. So to test this, we tested the surround sound capabilities of the headphones with a couple of Blu-Ray films. We found that it’s best if you have the headphones settings set in the driver suite software matching the movies output (which only takes a few seconds to do). However, it isn’t too much of an issue if you leave it set to 7.1ch if you’re watching a 5.1ch film.

Watching  the films was rather impressive in regards to the audio. It really feels like the movie is taking place around the viewer, which is important when you’re wearing a pair of surround sound headphones. They really need to simulate a physical setup, which they do.

While the Soundblaster Tactic Rage 3D have a couple of issues, the positives far outweigh the negatives for this particular pair of headphones. If you’re in the market for a new pair of gaming headphones and don’t have a massive budget, these perform wonderfully. These are a great bang-for-buck pair of headphones.