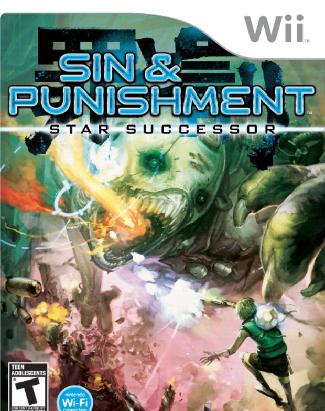 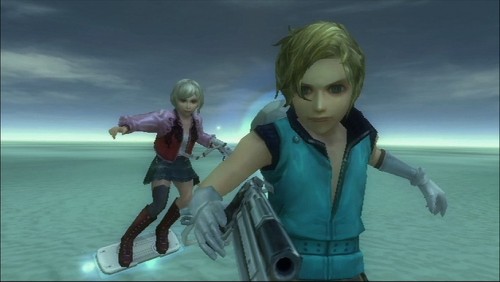 Story
Sin & Punishment: Star Successor has a decent story but it may be hard to follow for some. You take control of one of two main characters, Isa and Kachi. Isa Jo is a soldier protecting Kachi, a young girl who has amnesia while trying to escape from Nebulox, a group of enhanced humans. The story is told throughout many cut scenes with fully voiced dialogue. The story is original, rich, and complex but also can be really hard to follow at times as we never seen the first title in english.

One thing that was a huge plus is the character that these two protagonists have. Each are very easy to like and add charm to the game and really made me want to go further to get to know more about each of them as each has their own backstory you will discover the further you get into the game.

Gameplay
At the heart of Star Successor is the gameplay. You travel from one area to the next completely on rails while you control the character of your choice on the screen. Isa and Kachi play completely different so each brings a completely different experience to the table but the story stays the same no matter which character you are. One of the best features is that you can use the Wii-Mote/Nunchuck controls or use the Gamecube or Wii Classic Controller allowing the player with the most comfortable setup. I played with the Wii-Mote/Nunchuck setup on my run of the game. 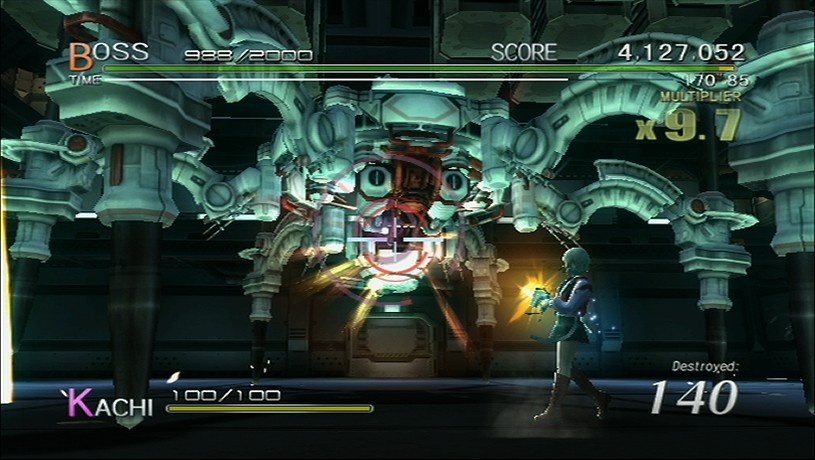 The game plays like most rail shooters, but with the option of flying around the screen trying to dodge enemy incoming attacks. One of the most useful features is the melee which lets you take care of the foes when they are up close for an easy kill. Isa uses his sword-like weapon and Kachi has various kicks for this method. Players also have their standard gun which can be shot in rapid fire or charged to lock on to multiple enemies at once with a much more damaging shot. Strategy comes into play with every aspect of this, as you must dodge quickly and counter attacks to survive all while trying to hit the perfect shot off on an enemy. The difficulty can be controlled, and it gets harder as you go through the game. I died countless times but thanks to various checkpoints, was able to get right back in the action.

With each level I felt like I was playing something new as Star Successor is a title that knows how to switch it up to make things feel fresh. There are many bosses on each stage, each being different from the next. Controls for me worked extremely well and were precise. This is great to see as many shooters out there for the Wii can have a steep learning curve for you to have to get used for proper aim. I think anyone could pick this game up and play it easily without much prior experience. There are 7 Chapters in all in the game and with the scoring system with an online leaderboard, I found myself going back even after completion.

Sound & Graphics
The music in Star Successor fits perfectly with the environments but not the most memorable songs out there so while it is pleasant and easy to play to, it is nothing really noteworthy. The sound effects on the other hand were perfectly set to every enemy, attack, and I found really enhanced the overall experience in the game. There is also voice acting which is suited to each character fine and helps bring the characters to life as otherwise they might have been overshadowed by the top-notch game-play. 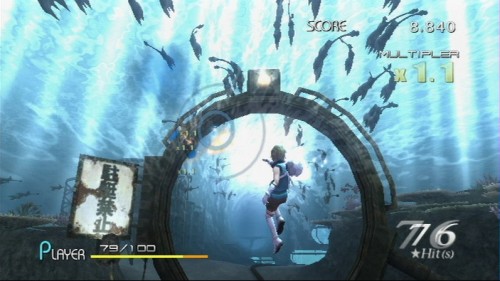 Graphics are some of the best I have seen on the Wii. Each area has something new and actively happening. Your eyes will be treated to a masterpiece as you notice all of the action on the screen for you to face and in the background the beautiful scenery is moving and brought to life by the colors and interesting creatures. Character models all look sharp and there will be floods of enemies to face at one time with no hiccups in gameplay leaving the game feeling smooth and polished. Each enemy is full of detail and not just some random sprite. I will say I did notice some plain looking areas within the game, going from one stunning world to a plain area made it seem lifeless compared to the stronger visual ones.

Overview
Sin & Punishment: Star Successor may not be for everyone. It was for me though. I feel like this game should be at least tried by all gamers as it truly is an experience. Even if you skip the cut-scenes to move past the story you could still get full enjoyment out of the title as the whole game puts you in a world that is visually stunning and feels like you are in a fast paced movie. I kept wanting to push through and found it hard to stop playing until the end as the gameplay is highly addicting and fun. For on rail titles I now have a high standard for what can happen on the Wii due to this title. If you want to find a game that has fast-paced action with likable characters and unique full of life environments, do not pass this one up!

I give Sin & Punishment: Star Successor: