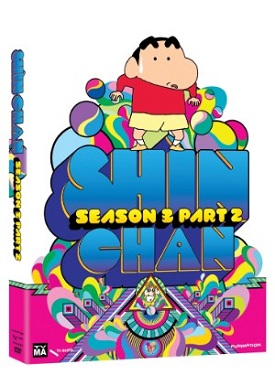 Overview:
After nearly two years of absence the entire Shin Chan Season 3 has been released, with Part 2 gracing store shelves this week. Now although the series may have been a children’s show back in 1992 that was only for the Japanese version. In fact the Shin Chan here in the United States is something that a child should probably stay a little bit away from because not only does FUNimation’s re-imagining take a completely different spin on everything, there are also plenty of dirty jokes, foul language and ass dances. I reviewed the first part of season 3 back in July and now with part 2 released, how does it close out this season of Shin Chan?

Story:
Shin may appear to be your average young child but that is only if you glance at him for a few seconds and then look away, never finding the truth behind his child-like appearance and never seeing his ass. Shin Nohara and his family Mitzi, Hiro and Hima; his friends Georgie, Penny, Maso and Boo; and even his teachers may all look normal at first but of course this is just a façade to their strange personalities and dark potty mouthed humor.

Now it is important to know that Shin Chan very rarely follows a set episode list and most of the episodes will follow a roughly standalone story with three parts to them each jumping from place to place. There is a certain sense of storyline progression however, including a series of episodes for Flamer which is an interesting bunch of episodes and things never really jump around out of continuity so everything which occurred in part 1 of season 3 is still relevant here. 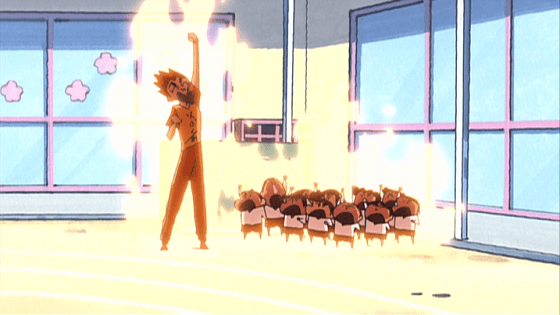 As such the newly introduced character from part 1, Flamer makes a number of appearances in the episodes and he takes things quite out of proportion with his anarchist mutant personality. Even going so far as to train the children to be mutants just like him and create fire at will. Plus with his name being Flamer and how he wants them all to be little flamers, the gay jokes runneth over. This is only the tip of the iceberg however.

All of the characters retain their same personality and a number of them are still used for running gags such as Georgie’s crazy conservatism making dark jokes about Obamacare and many other political dealings in the past few years to Penny and her mother’s longing for spousal and child abuse or even the crazy side of Mitzi’s family. There comedy is quite dark at times and there are plenty of things which may still make you laugh, but also there are those that can offend. While all of the jokes made are all in good fun, some viewers may end up being offended by a few jokes as I myself was.

Of course that doesn’t mean everything is dark and twisted in the comedic world of Shin Chan. There are also plenty of flat out perverted humor and potty jokes as well. Shin is ever in love with his ass dance and seeing his Grandfather reveals where he gets his perverted attitude and potty mouth from (‘specially when you see Baby Shin). Let me put it this way, when a show takes panda bears and not only turns them into militant gun toting pandas, but also makes them talk about codpieces and whipping out children’s underwear with an Action Bastard figurine sticking out in a very suggestive way you know this isn’t a game for children. Of course there are tons of laughs to be had and although it can offend some, nearly everything is going to make you at least giggle. With a huge cast of characters, all with insane personalities you practically never know what is going to happen next. 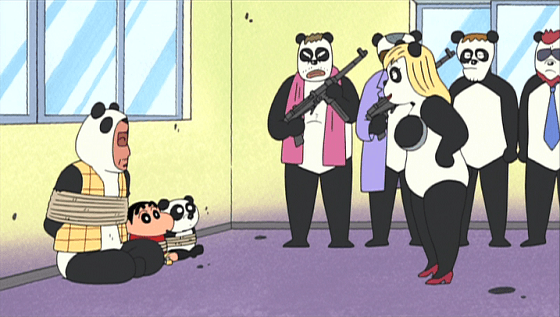 Artwork:
Now Shin Chan may be a series that is relatively new for us here in North America. Sure he showed up on our shores only a few years ago but in fact the series has been running for quite a long time in Japan, being that it started in 1992. What this means of course is that the artwork isn’t up to par even with normal children’s cartoons today let alone what you would expect from anime.

The artwork is very poor in appearance but honestly has a decent charm to it. It is commendable that FUNimation uses the pre-designed situations to create the comedy and honestly if the artwork was top notch it would seem out of place. Plus FUNimation has also edited and put new wording on a number of signs similar to season 3 part one which are fun to keep an eye out for as the rewording is usually funny enough for a chuckle at least.

Audio:
Everyone returns to voice their same characters from the first half of Season 3 and again these voice actors nail their roles perfectly. The recording studio for the characters certainly had to be cracking up most of the time because their dialogue is just so out of control at times and full of jokes ranging from political, dark and potty humor. Now add this into the fact that most of the characters are all supposed to be younger than kindergarten age and the English dub works perfectly. 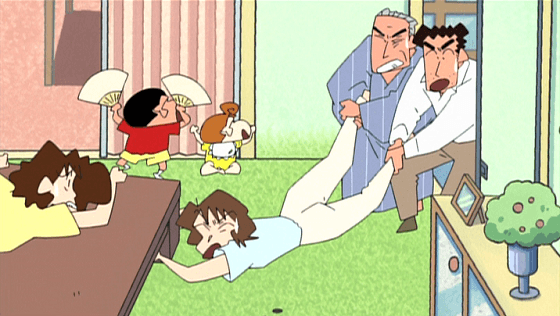 Currently there is still the same Ending and Opening songs used in all of the past seasons so you will know what to expect with Season 3 Part 2. There are a few extra songs in this part however, including a rather funny song that is sung by the children at the command of their fiery recess teacher Flamer.

Extras:
Unfortunately as far as Special Features go, Shin Chan Season 3 Part 2 comes with very little. There are your standard trailers for other FUNimation releases, mostly for already released titles but a couple for upcoming bundle releases. Besides the trailers for other FUNImation products, there is also the Season 3 Part 1 and Part 2 trailer which are English commercial-like videos which are relatively funny and can give a quick laugh but are worth only a single glance and that is all.

Overall:
Shin Chan Season 3 Part 2 is still just as hilarious as ever. There are jokes here for nearly every kind of funny bone; dark, satire, slapstick, gross and all other kinds. Of course some people can be offended by the jokes and the appearance is just appalling. Still, the amount of jokes and laughter contained in this package should give you plenty of laughter around the jokes you cringe at.

I give Shin Chan Season 3 Part 2