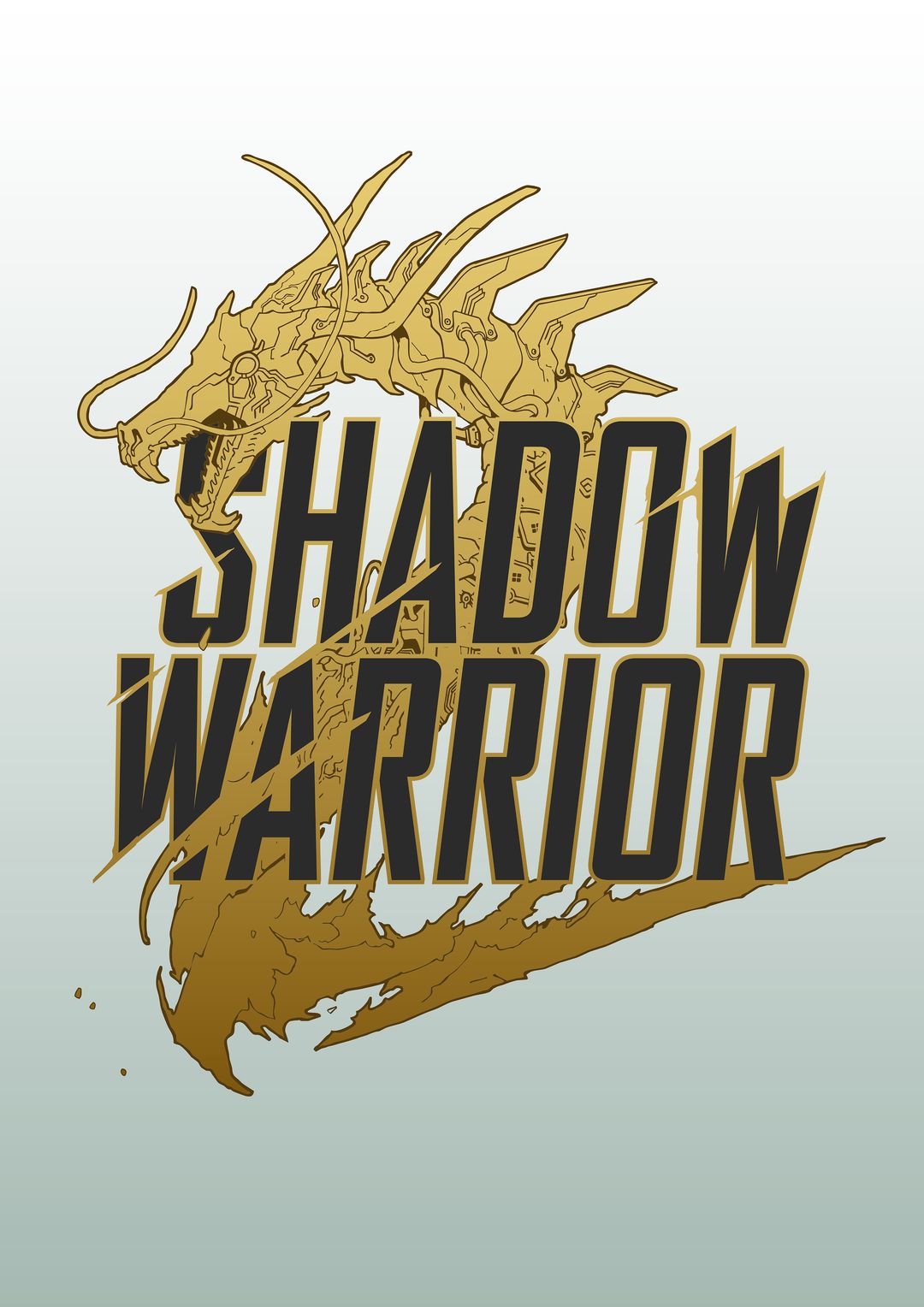 Shadow Warrior 2 is back in all its glory, with more dick jokes, pop culture references, and gory violence. After Flying Wild Hog’s success with rebooting the old Shadow Warrior FPS that many criticized as racist into a funny, modern shooter, the Polish developers have turned Shadow Warrior 2 into a bigger game with a ton of weapons to choose from. Shadow Warrior 2 also introduces four player drop in/drop out co-op support so players can tackle the Yakuza and the demons as a team. 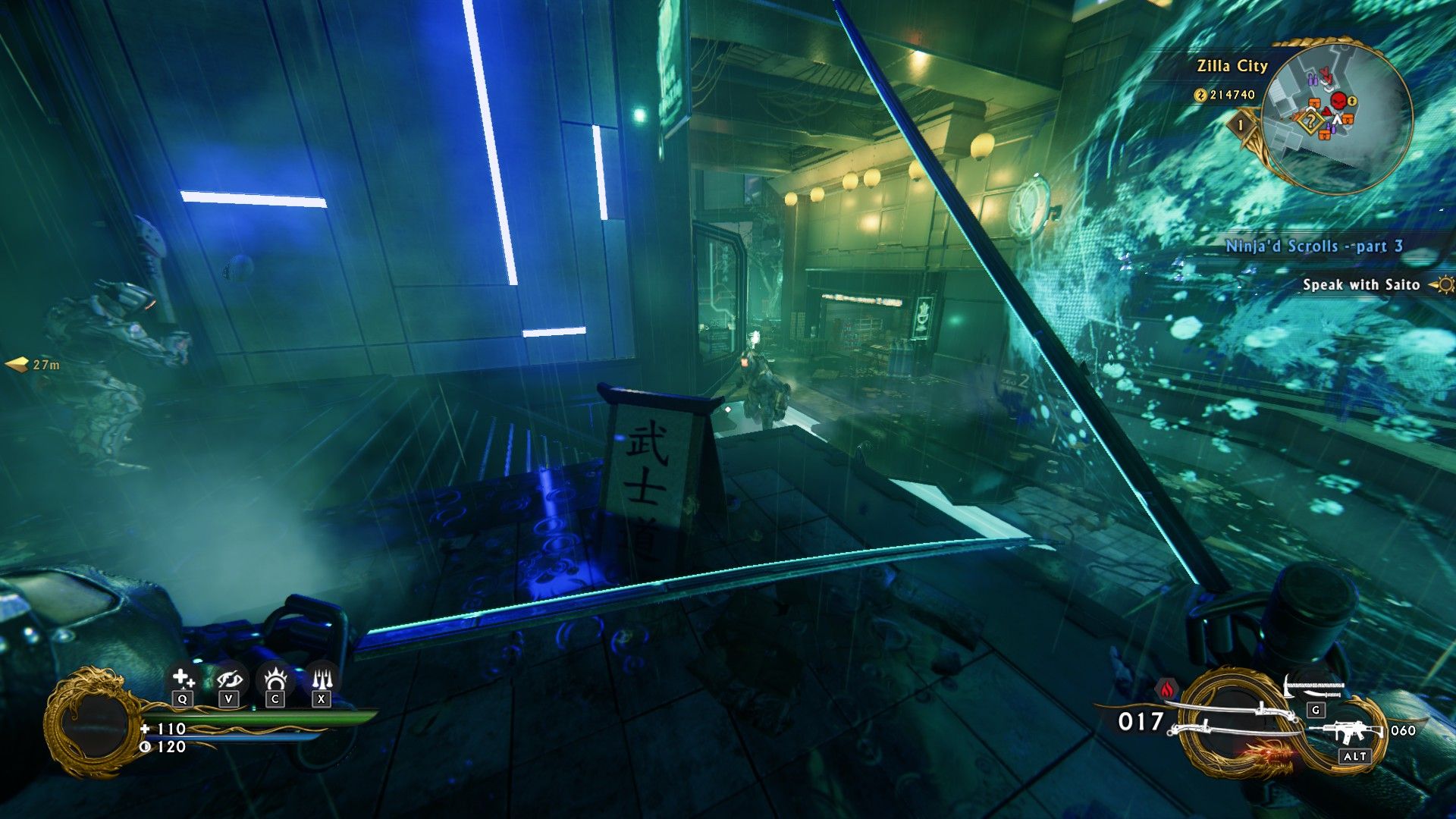 Shadow Warrior 2 picks up some time after the events of the first game. Lo Wang is still a mercenary for hire and soon finds himself once again sharing a brain with a disembodied voice. Kamiko is the grand daughter of the local Yakuza boss and her soul is implanted in Lo Wang after her body is injected with Shade by Zilla Enterprises. Lo Wang and Kamiko are off on an epic adventure to heal her body and return her soul.

Shadow Warrior 2’s continues to be an excellent homage to B movies and cheap martial arts films. The writing and the plot is corny enough to pay tribute without being so bad that it becomes cringe worthy. The humour is surprisingly diverse. Lo Wang’s childish, crass humour is supported by some pretty smart jokes and a parade of pop culture references. The plot is well paced, lingering just long enough to be entertaining without distracting from the game’s main event, chopping enemies into very small pieces. 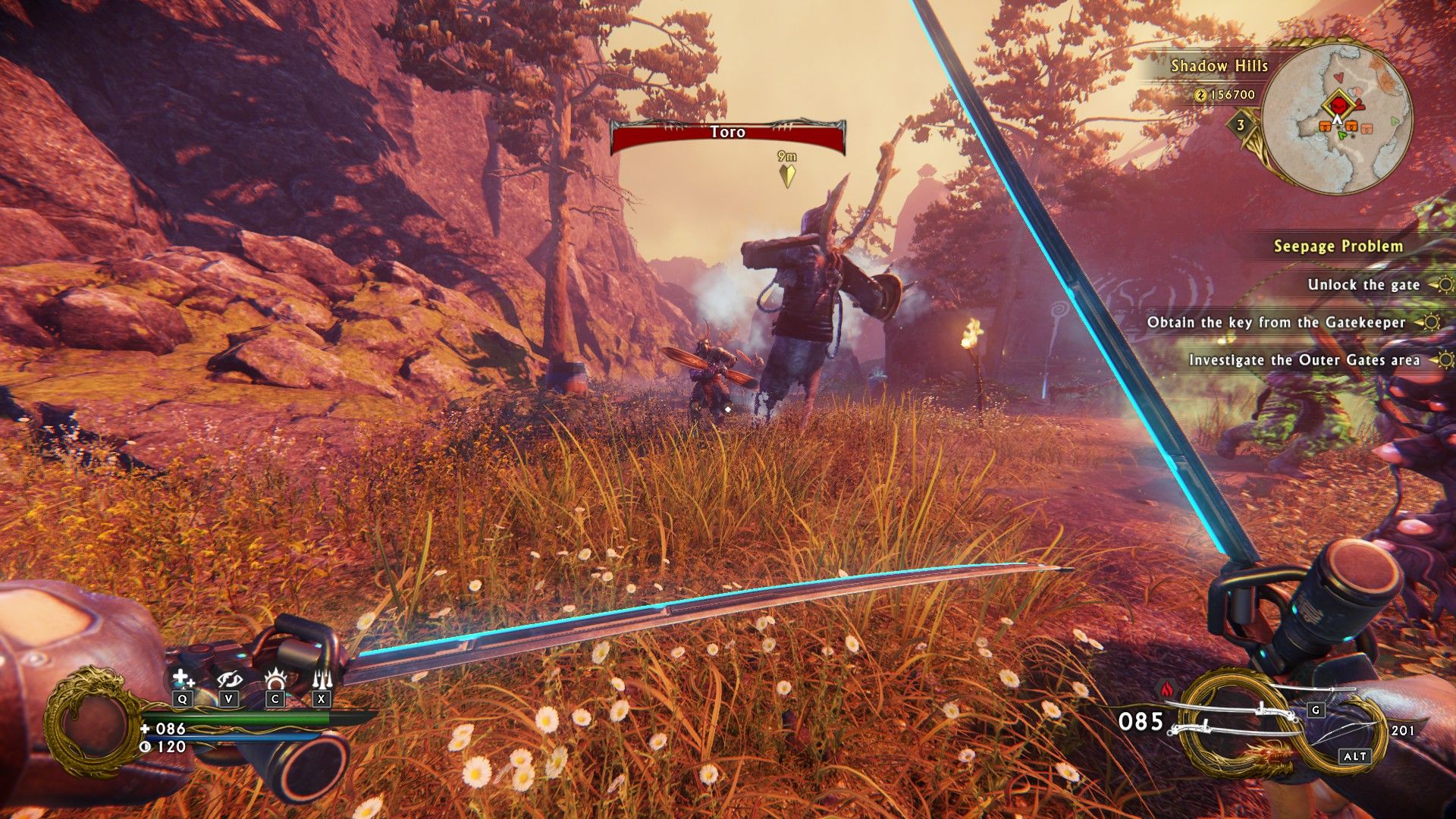 Shadow Warrior 2 provides a lot of flexibility to players. Lo Wang can use a huge variety of guns, explosives, and melee weapons. All the hardware is supported by four spells for support. The weapons are broken down into ammo type, with plenty of variety within each category. As players collect rarer weapons, better item bonuses come with the weapon. Item mods serve as the main form of item customization. Each weapon has three slots for modifications, which are ranked by rarity and level. Modifications can be looted or crafted by merging three mods of lower rarity together. The two highest rarities provide big buffs, but also come with a penalty so gearing at the end of the game becomes an action RPG-esque RNG grind to find mods that have penalties that are negated by the weapon type. While I am ok with the idea of having mods with penalties, it seems a little counter-intuitive to me to have the highest rarity mods to have penalties attached to them, but the two most common rarities have no penalties at all.

Lo Wang has access to a variety of passive skills to help optimize him to each player’s preferred playstyle. Killing enemies awards experience, which is referred to in game as karma, and level ups provide a skill point. On harder difficulties, players are punished for dying by losing all accumulated karma for that level and being forced to start from zero. The sheer variety of skills available for purchase results in a lot of flexibility for playstyle. I played through Shadow Warrior 2 as a stealthy melee assassin, popping out of stealth long enough to deal massive damage before disappearing again, while a friend of mine created a short-range tank wielding shotguns and grenade launchers. 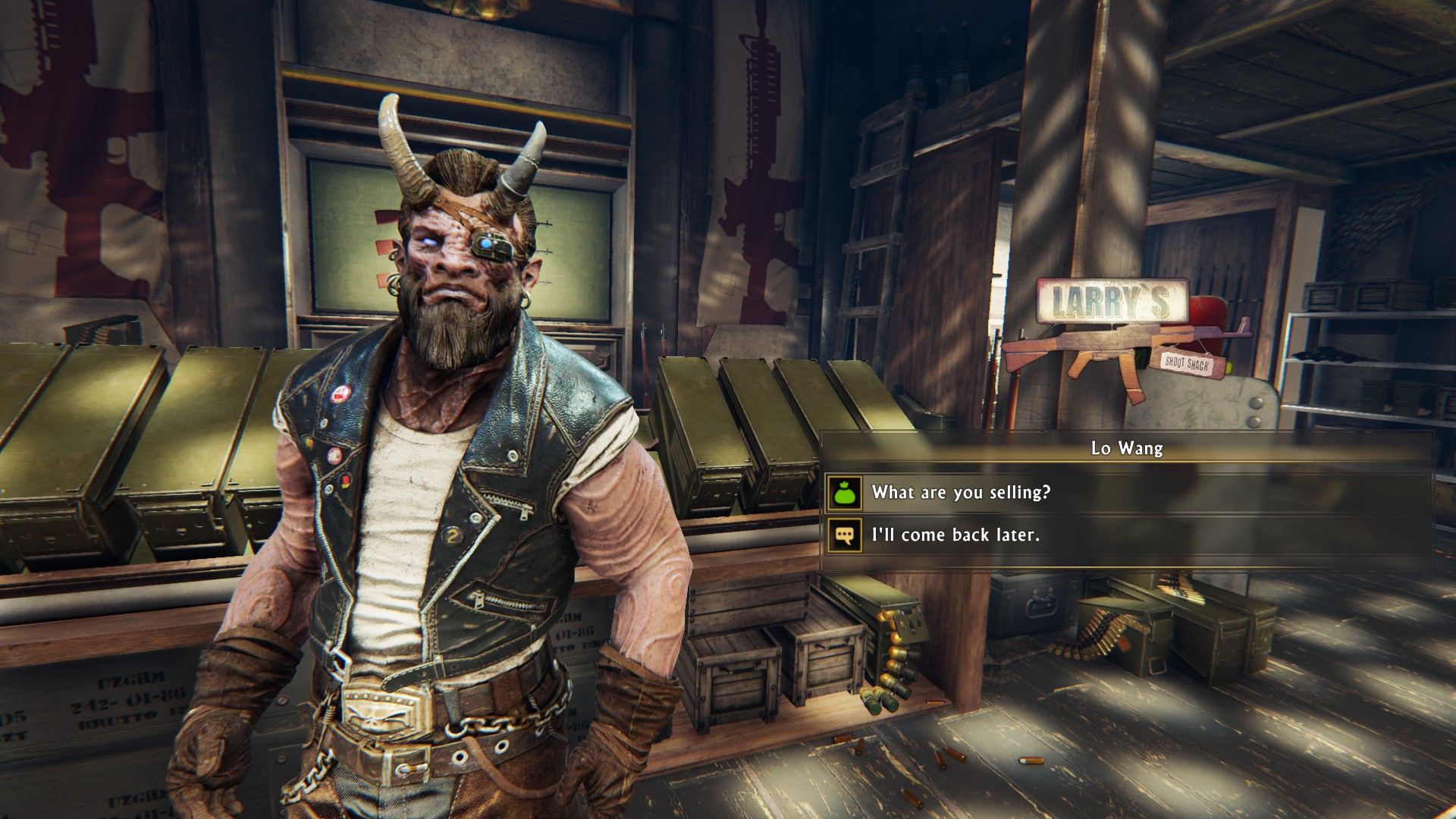 In a nod to Shadow Warrior 2’s old school roots, the game plays very much like a retro shooter. Lo Wang can carry an obscene number of weapons, health doesn’t automatically regenerate without skills, and enemies soak up loads of damage before keeling over dead. Combat is fast paced and chaotic in Shadow Warrior 2. Dashing is the main form of damage mitigation, especially for players focused on melee combat. Enemies spawns are generous, and in true action RPG fashion, also come in superior and elite flavours sporting random modifiers to make life more interesting. Yet with all the chaos, there is still room for slower paced players who are willing to invest in chi spells to control the flow of battle. The guns handle well and modifiers that change how guns behave allow players to wield the weapon they’ve been dreaming about at night. Shadow Warrior 2’s melee combat is what really separates the game from the masses of FPS titles on the market. All four melee attacks are executed with the two mouse buttons with directional keys for modifiers and parrying is done with the reload key. It is simple enough to be approachable but complex enough that melee combat doesn’t boil down to spamming light attacks for hours on end. With all the parts combined, Flying Wild Hog has created one of the best combat experiences released all year.

Shadow Warrior 2 uses open world maps. The levels are well designed, though some parts of the outdoor maps are a bit on the linear. As quests are completed, players are free to return to areas to roam around and track down the usual mass of collectibles; however, the game’s replay value lays in the new game plus mode, which allows players to start the game all over again. 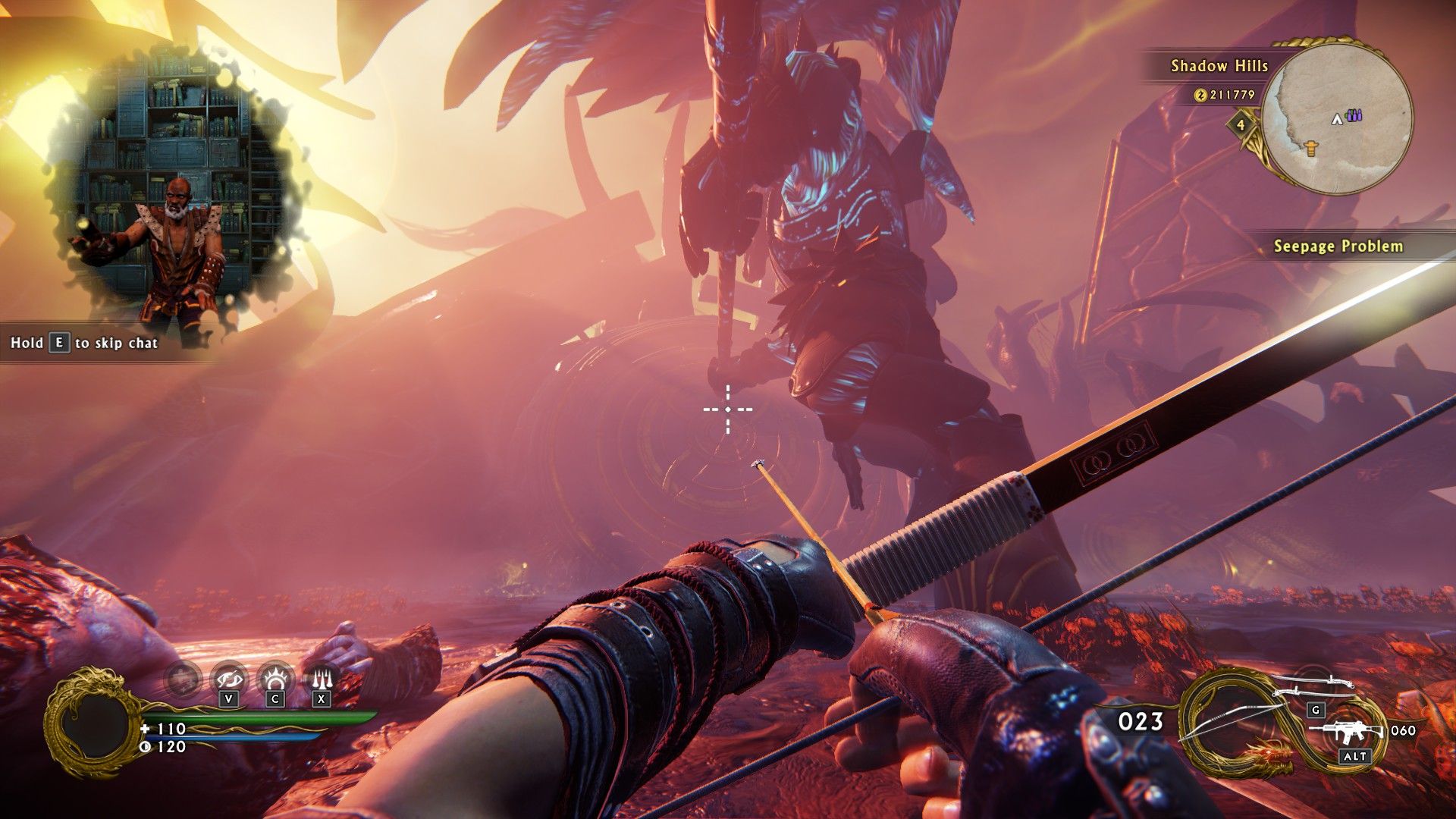 Shadow Warrior 2 introduces co-op multiplayer. I appreciate the fact it is drop in co-op, as it is much easier to get friends in and out of games. The difficulty scaling is a little strange, as it seems to be set before the game lobby starts instead of scaling automatically as players come in and out. The overall difficulty scaling is quite good. I like that higher difficulties not only increase the power of enemies but also punish players for dying, encouraging them to play more conservatively.

Shadow Warrior 2 looks great. The art style is a fun mix of early 90s retro and sci-fi with a distinct Asian flavour. The weapons are a variety of FPS standards and homages to famous weapons from pop culture history. There were a few occasions where models clipped during cut scenes, but these were few and far between.  On the technical side, the game does struggle with some blatant texture popping, but otherwise ran solid on my test rig. The available graphic customization settings are quite thorough, which means tweaking Shadow Warrior 2 is very easy. 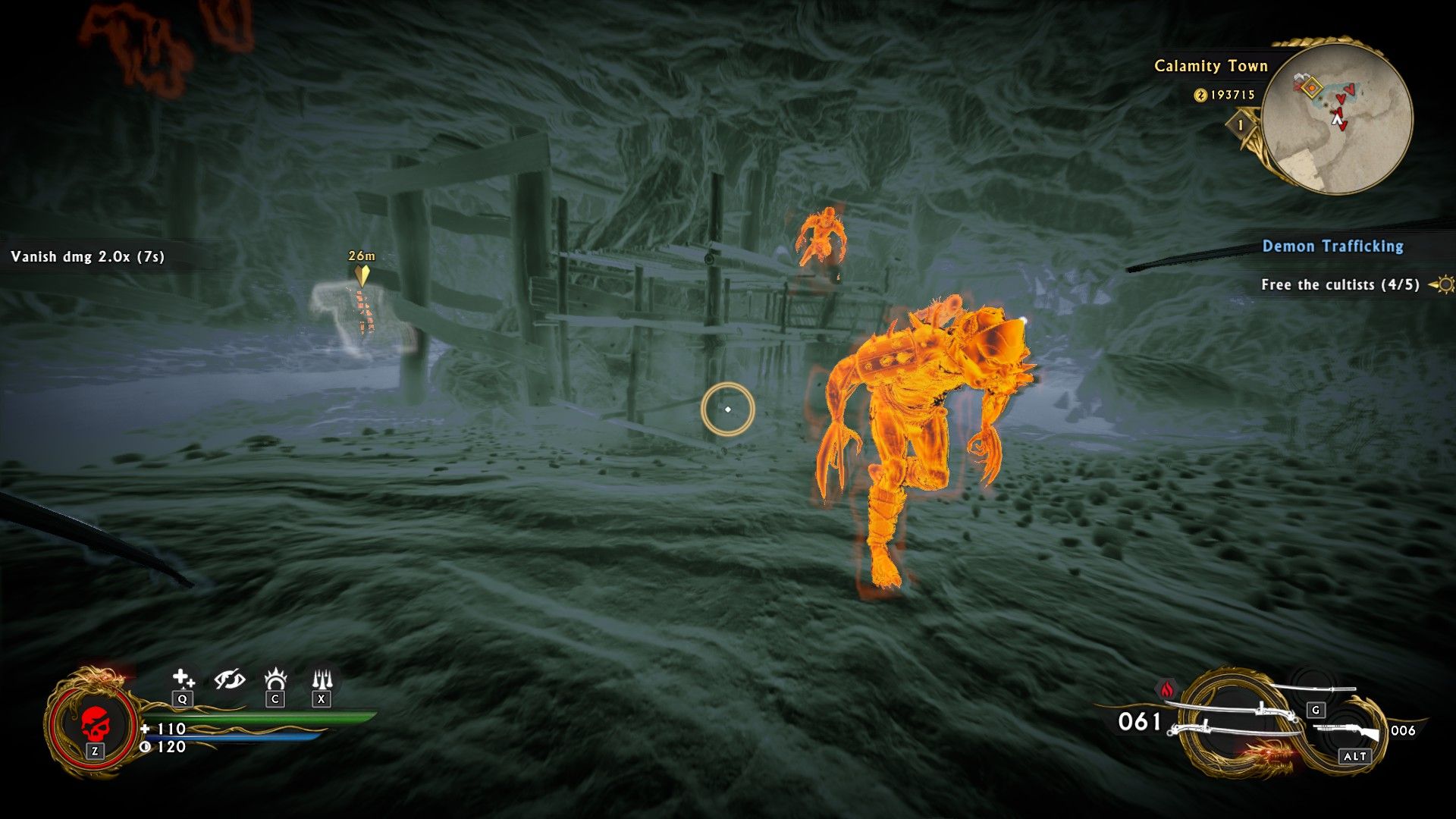 Shadow Warrior 2’s audio is probably the game’s weakest link. The good news is that the sound effects and voice acting is good. Some characters like Zilla have some pretty rough voice acting, but considering the game is shooting for a B movie vibe, the performance fits in quite nicely. The bad news is that the music is quite poor in comparison. The songs played in combat feels very similar and I noticed it kicked in at some odd times. Another major issue with Shadow Warrior 2’s audio is stuttering at the beginning of the level. Whenever I jumped into a level before all the visual textures loaded in completely, the audio would stutter for quite some time, making it nearly impossible to understand dialogue.

Shadow Warrior 2 is an excellent sequel. Flying Wild Hog took a solid reboot and expanded on everything that made it great. While I question the balance choices for rare item modifications and am rather disappointed with the audio, the incredibly fun combat and entertaining dialogue make up for Shadow Warrior 2’s shortcomings.