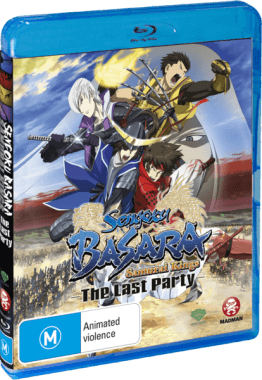 Overview:
Setting a piece of media in the middle of a war torn country is something quite common and in anime there are two specific eras which are usually focused on. One is based off of the Three Kingdoms era of Chinese history while the other is the Sengoku Era of feudal Japan. Now one anime series has taken the Sengoku era and provided an action packed historically inaccurate portrayal of the famous battles and by taking the abilities of famous samurai to an insane level. After two series of Sengoku Basara: Samurai Kings, the reviews of which can be seen here and here, we now have a movie in the form of Sengoku Basara: The Last Party. Is this movie packed full of overwhelming action as well? We shall see.

Story:
Sengoku Basara: The Last Party takes place after the events that happened in Sengoku Basara: Samurai Kings where Hideyoshi and most of his forces were killed off and the various samurai of Japan split off into fighting each other once again. However two members of Hideyoshi Toyotomi’s forces have decided that they must carry on their master’s wishes and set out to change Japan as they see fit. 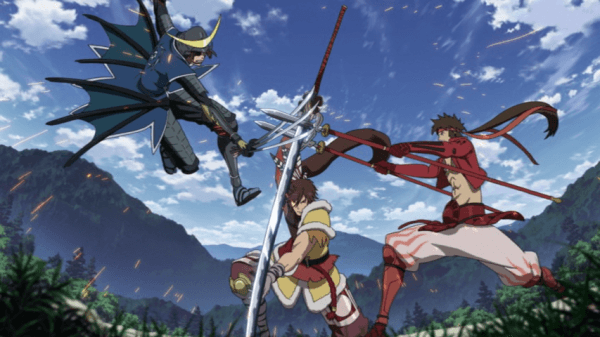 These two men have strikingly different approaches to changing the country as Mitsunari Ishida sets out to destroy not only Date Masamune but also everyone who was responsible for destroying Hideyoshi’s dream as well as anyone who stands in his way, while Ieyasu Tokugawa aims to unite Japan under one banner similar to Hideyoshi. Unlike his master, Tokugawa wants to unite the country through peace and understanding and finally put an end to all of the fighting.

As these two men’s ambitions are directly opposite of one another, the movie culminates in one of the largest and most over the top battles of the entire season. However while these two men may have their own goals, a dark force moves in the background with plans that will place all of Japan at the end of a blade.  What will happen when these Samurai Kings enter the fray once again? 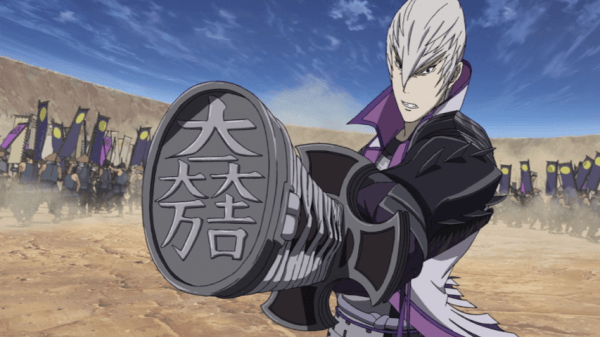 Any history buff or a fan of the Sengoku Era may recognize as they watch this movie that the main battle that Sengoku Basara: The Last Party focuses on telling the Battle of Sekegihara, though with a much different twist to it than your standard history book. While the storyline is pretty basic as anyone who has seen the series before already knows how things will unfold thanks to the various characters’ personalities, but there is at least one plot unfolding behind the scenes to keep the movie from turning into a simple slug-fest between extremely powerful samurai.

When an anime series receives a movie release one of the biggest questions some anime viewers have is whether or not they will have to have watched the entirety of the series before watching the movie. Well, Sengoku Basara: The Last Party tries to resolve that issue by providing a recap of the major events that occurred over the last two seasons. Well while this recap is certainly nice, it is only a few minutes long and delivers quite a barrage of information, meaning that plenty will be lost in translation so unfortunately viewers will miss out on a number of plot points and character relations if they have never seen the series before. 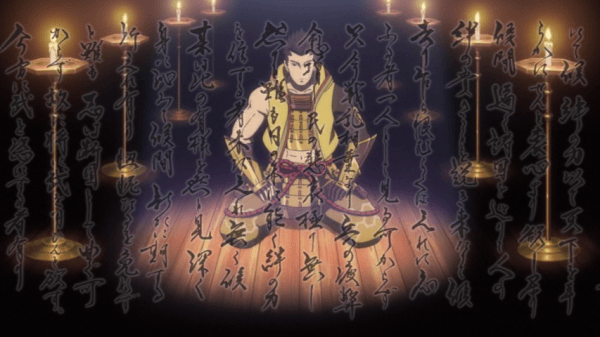 That being said, Sengoku Basara: The Last Party’s storyline turns out to be rather redundant by the end of it as the ending leaves things more or less the same as they began except with a few more details explained and the Sengoku timeline moved forward a bit. While the characters may be just as over the top as before and the odd humor in the series is intact, many may find the series simply treading water with this movie.

Visuals:
Considering the fact that Sengoku Basara: The Last Party is a movie, some would expect to see superior visuals compared to what was presented in the basic anime series. Well, those people would be only part right as the final battle at Sekegihara is perhaps the most over-the-top battle of the entire franchise with nearly every major player fighting in one form or another. 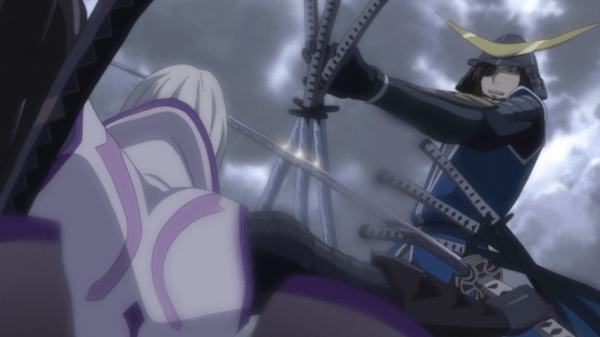 That being said, the standard visuals of the show are more or less the same as what was found in the anime. Thankfully the anime was already very impressive as far as the artwork was concerned and the same can be said for this movie as the fighting scenes are absolutely overwhelming with plenty of special effects that make these fights a treat for the eyes.

Audio:
As one would expect with a FUNimation release, Sengoku Basara: The Last Party comes with both the original Japanese voice track as well as the new English dub. FUNimation has retained the same voice actors who portrayed characters in the normal anime series so viewers should have no reason to be concerned about the quality of the track as the English voice actors have provided a suitable dub for this action packed series full of characters yelling at the top of their lungs. 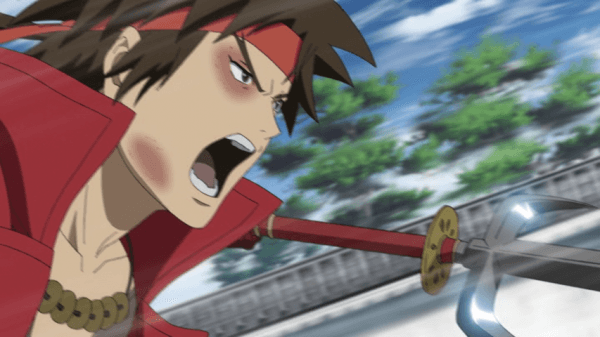 As far as background music goes, the action tracks are suitable at best and not very memorable but any of the music that plays during the dramatic scenes is top notch as it really helps enforce the dramatic emotions displayed in that scene. This movie actually features an opening and ending theme, both of which are rather standard for a series such as this and are simply fitting, nothing more.

Extras:
Interestingly enough, this Blu-ray/DVD Combo pack provides a few limitations to those who only possess a DVD player as all of the interesting bonus features are locked onto the Blu-ray version of the movie only. As such the DVD version only various trailers for FUNimation releases. 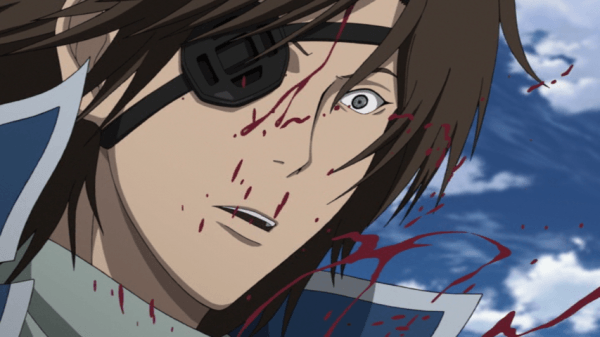 As for the full Blu-ray disc, viewers will find the aforementioned bonus features as well as a collection of commercials originally shown in Japan and two special extras in the form of “Four Panel Theater: Another Last Party” and a making of video. The Four Panel Theater is rather funny as it provides comedic situations with chibi versions of most of the cast as they go through a number of different scenarios. The making of video actually goes in-depth with a number of production processes the movie goes through and the impact Sengoku Basara has had on Japan as a product.

Overall:
While the movie’s plot may not break new ground and simply treads water, Sengoku Basara: The Last Party provides almost everything a fan of the series would have wanted. Not only does it feature some more fast-paced samurai action with powers and abilities crossing the line between skill and magic, but it offers it with plenty of visual flair.  With the biggest battle in the entire franchise, Sengoku Basara: The Last Party is certainly worth a purchase for anyone who enjoyed the main series and is looking for more action with their favorite Samurai Kings.