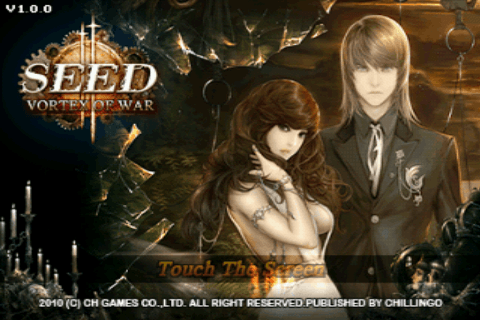 Overview:
After the success and well received acclaim the first SEED received when it made it’s AppStore debut a year ago, Chillingo brings us SEED 2. They have updated many features and continue the story of Litta as he tries to protect the world. There are many different RPGs that have made their way onto the AppStore now, and SEED 2 has the previous game to live up to as well. Though that may be something that it can not do.

Story:
Taking place only five years after the end of SEED Litta has grown accustomed to life on his home island. But as any RPG lover can tell you, having a simple and calm life after saving the world is impossible. One night as he sleeps he drams of his master. Feeling like he should leave and see how his old love Gina is doing on the mainland. Litta returns to the continent only to find his arch-nemesis from the first game has joined together with Sitan forces and has captured not only Gina, but the land itself in it’s cruel grip.

In the end the storyline is very suitable for the game itself, but doesn’t break any new ground. You do not have to have played the first SEED to understand what is going on, but it is extremely helpful if you do. Simply to have the extra backstory for the characters and fill in some of the blanks left open for newcomers to question. As a whole however the story is very well done and Litta continues on his path against his enemies wholeheartedly without any break in the storyline outside of sidequests. There never truly is a break from the plotline, nor convoluted storytelling here.

Graphics:
SEED 2: Vortex of War unfortunately starts to show the age of which it is graphically designed after. Using nostalgia to try and put to rests issues with the fact that the graphics are far from pretty to look at and extremely fuzzy. This isn’t helped either by the fact that the game has received a softening of the graphics to allow easier transition between areas and keep the game moving at a fast pace when the game is sped up. 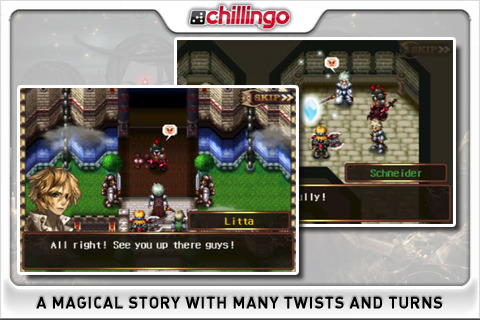 The unfortunate fact of this is that the filter itself makes SEED 2 look worse for wear and unfortunately gets in the way of gameplay as it hinders not only normal gameplay, but makes items and menu navigation difficult.

Gameplay:
To play a game you have to be able to use the controls properly, otherwise playing becomes a challenge just to use the interface. Unfortunately playing SEED 2 falls into the challenge category. This is due to the fact that the game does not use a somewhat lenient joystick, but uses a D-pad to move your character around the map.

The problem with this D-pad is that it is very stiff and hard to manage. There are times that you will lose in battle simply because you could not move properly to attack the enemy, or couldn’t move away from the enemy. In real time battle, the controls should be very precise to allow for easy movement and better combat. Unfortunately this is not the case, as the heat of battle only makes things more difficult as you attempt to not only focus on the enemy, but make the game recognize your finger taps.

This is worsened further by the fact that the hotkeys where you place your skills and items are also very small, and are just as sensitive as the D-pad create problems that should be able to be avoided. Outside of the interface however, not much has changed since the first game.

In SEED 1 you were able to switch between character classes at any time, which was a nice feature as it allowed the player more freedom in their battle styles. SEED 2 still has this ability, but there are only three classes to choose from, a knight, mage, and gunner. These different classes all have special abilities and buffs for fighting, but to learn these skills you must perform side-quests in the various towns that you come across. 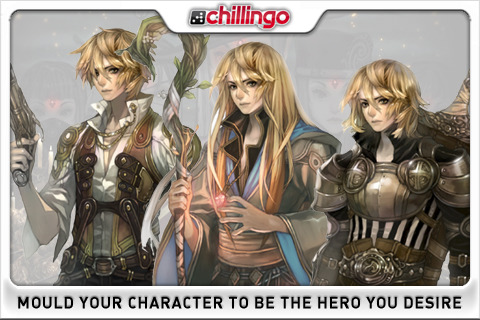 The way that the skills are handled can be very difficult, because unless the player is cautious in making sure they accept and complete each quest they come across, there is the chance they will miss out entirely on a skill and not be able to learn it later through leveling up or some other course of action.

Beyond leveling up the skills you learn, this is an RPG so you can expect to level up your character as well. This is handled as well as one would expect and each level up provides status points that you can apply to your character to build him however you wish to.

Earlier I mentioned that side-quests are how Litta eventually learns new skills for his different classes, and thankfully these quests are nice and diverse compared to standard fetch quests. These types of quests are of course still mixed in, but there are also scavenger hunt type quests and defending quests which spice up gameplay.

As you play through you find various bits of equipment that are not graphically impressive in their own right, but when equipped to Litta they change his appearance to match the armor which is a nice touch. Also most equipment is completely customizable, being able to refine it to make it stronger, and add slots and crystals to put special abilities into your weaponry.

Overall:
SEED 2 is a great RPG at its heart. The story is a great playthrough though it doesn’t break new ground in the terms of narrative. With plenty of customizable gear and the class switching battles never feel very dull. If only the interface and controls didn’t hold the game back as far as playability. Many players may be turned off by the hard to use controls and menu interface but if they manage to handle it, they are in for a long and enjoyable game.

I give SEED 2: Vortex of War