So Satellite Reign has finally stepped out of the shadows of Early Access and in to the light of full release. Developed as a spiritual successor to the classic, Syndicate Wars, I was eager to finally see the finished product when it came. The biggest differences since I last saw it was the inclusion of new areas to explore as well as UI updates. 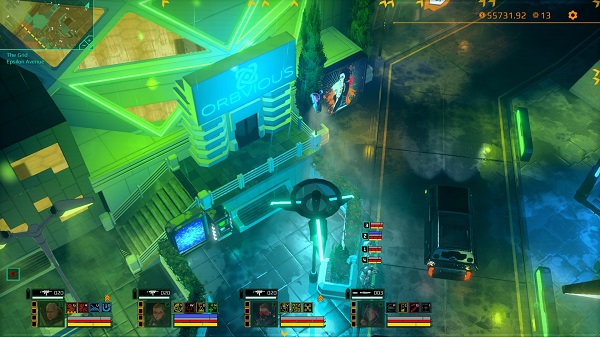 Story
Since playing Satellite Reign in its early access infancy, the story has come along in a significant way. A corporation by the name of Dracogenics has created a monopoly on highly advanced conscious transfer technology which can effectively be used to keep an individual alive indefinitely. Using this ‘resurrection tech’ and the promise of immortality; they are able to exert a significant amount of influence to supplant governments with their own authority. Pretty cyberpunk faire, to be honest, but it sets the scene well enough.

Your place in this dystopia is of a competing smaller corporation looking to steal Dracogenics ‘restech’ and break their monopoly. You have a team of four agents, each with their own speciality, such as a hacker, soldier, and infiltrator. You lead them through the city stealing, murdering, bribing, and kidnapping to get what you need to take on the big heist against Dracogenics at the end. There really isn’t too much narrative or characterisation to be explored in a conventional sense here. 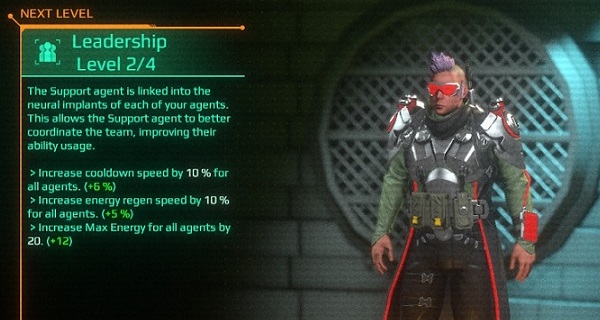 The game does present a number of little snippets of story through emails and other messages you can hack from terminals across the map. These help to paint a wider picture of what each faction is like (and what nefarious things they are up to). This is a very passive way of storytelling, which is perfect for players who just want to want to get into nitty gritty of corporate wetwork without worrying about the ‘who’, ‘what’, or ‘why’ of their goals. Unfortunately, I am not one of those players and I would have liked to have seen some narrative elements added in to the mix, but I understand the dev’s choice not to put more in.

The focus of the game is in the stories that you yourself create with your agents, not on what the devs have written up.

Gameplay
So if you have read any of my previous coverage of the game, you’ll have a pretty good overview of what the game is exactly about; you have control over a team of agents and your is to infiltrate into various compounds to steal a variety of weaponry, equipment, and augments. Largely, this has remained constant from the game’s early access days, but most of its various systems have undergone some tweaking and refinement. 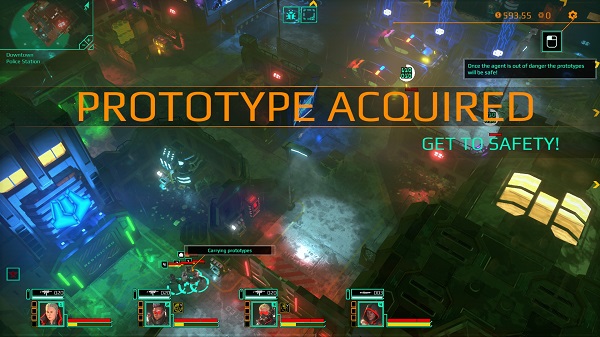 The stealth feels a lot more consistent now, with the AI guards largely acting in a fairly realistic manner. They have a flashlight beam which generally indicates the direction they’re facing but their line of sight extends far beyond this small cone of light. If your agents are running around in the streetlight down the road, they will notice them just as they would if they were causing a ruckus just around a corner. This is certainly an improvement since my last playthrough several months back as the AI patrols are far less omniscient but still reasonably perceptive.

Each mission generally has a number of sub-objectives you can do prior to starting the heist proper which can help soften up your target. These include bribing janitors to leave doors unlocked, assassinating on-base doctors, and buying intel off of info-brokers. Once you actually get inside and break into the facility, your agents might end up with prototypes which they’ll need to carry off base before your research teams can reverse-engineer blueprints. This basically means that you’ve got to plan a way out as well as a way in.

As you progress through the game, however, you equip your agents with better and better equipment which makes them far more capable infiltrators and killers. Eventually, around the time I got to the last couple of compounds in the second district, I got to the point where my agents were so powerful that it was easier just to have them blow their way into compounds and wipe out all opposition than it was to careful plot out a route to sneak in and out. 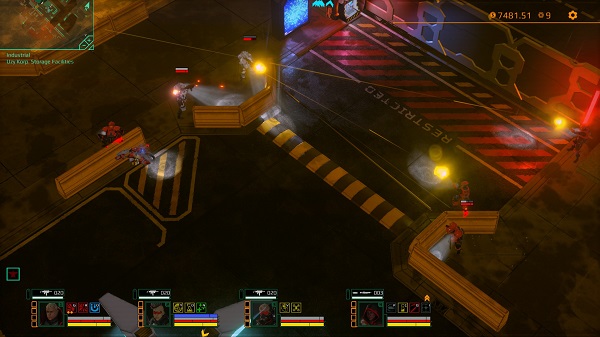 Luckily, it appears that the devs had thought of this eventuality and began littering the higher level compounds with a variety of automated turrets (which I could hack) and tanks (which were absolutely terrifying the first time I encountered them). This essentially means that the game is engaging in an arms race with you as you’ll need better and more powerful weapons to take on stronger enemies, but I guess that could be said of most games anyway. If nothing else, it helps the game keep a focus on stealth in the later parts and avoids the brute force solution being the go-to solution for every problem.

Visuals
The visuals are amazing. If you’ve ever wanted to step into the world of Blade Runner or the sprawl of William Gibson’s Neuromancer then this is the game for you. The environment designs are beautiful with a wonderful variety of cityscapes to explore from the dingy environs of downtown to the clean streets of, the more ritzy, uptown. Everything is coated in the neon glow of pervasive advertising and city lights. I’ve said this before and I’ll say it again; this game is cyberpunk as all heck. 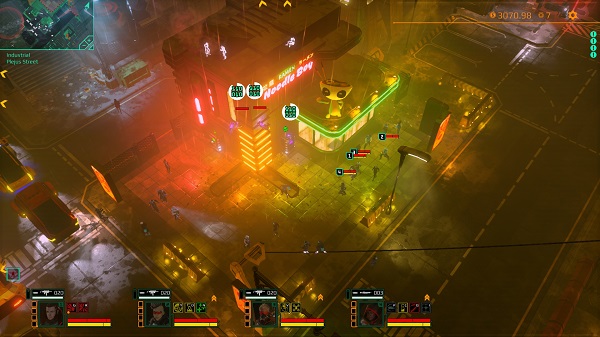 The UI itself is significantly friendlier since last I played. Most of information I need is available fairly readily on the hub, although I wish some of the buttons to activate abilities were a little larger. There are hotkeys associated with each one, but it irks me all the same.

Audio
The soundtrack has received a number of welcome additions to its track list. In addition to the awesome cityscape I noted previously in earlier coverage, there are now even more suitably synthy beats to accompany your trek across the city. These new tracks fit in nicely and help to keep things fresh in an aural sense for players like me who have stuck with the game through its Early Access days. 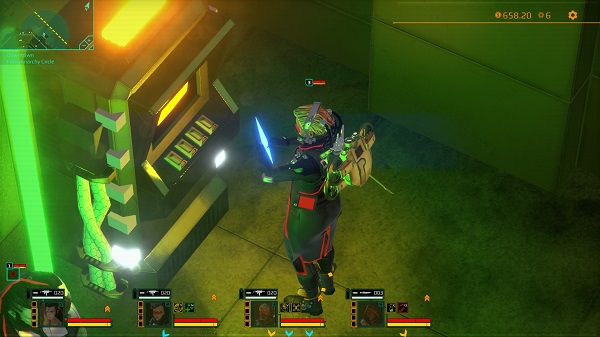 Conclusion
Satellite Reign is a worthy successor to the Syndicate franchise and bears praise for its fluid gameplay and cyberpunk style. The story is largely optional, but if you’re a fan of RTS games then you’ll be able to fill in the blanks with your own daring infiltrations, extractions, and assaults. The visuals are beautiful and the soundscape provides a perfect countenance to the action. Although the game generally runs quite smoothly, there are still some (very infrequent) bugs which pop up here and there to mess up the AI or collision detection… but I imagine these will be fixed soon considering just how much polish has been added to the rest of the game. I can recommend Satellite Reign unreservedly to any who think they might enjoy something in the vein of a real-time stealth strategy game.