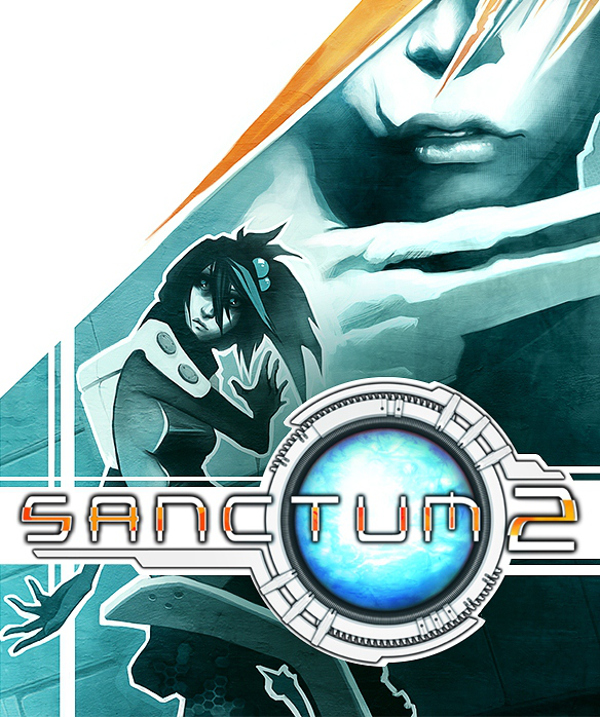 In the crowded FPS and Tower Defence markets, it can be hard to stand out. Sanctum 2 manages this feat simply by being a clever mix of the two with tonnes of polish. I wasn’t expecting to be wowed when I picked up the game, despite the positive reviews the first had received. After playing for a few hours, I came to see how some would be drawn to this type of play. Multiplayer fans will get the most out of what this game. Sometimes I felt I was navigating a User Interface rather than playing a game, but the same criticism could be levelled against any Tower Defence game. 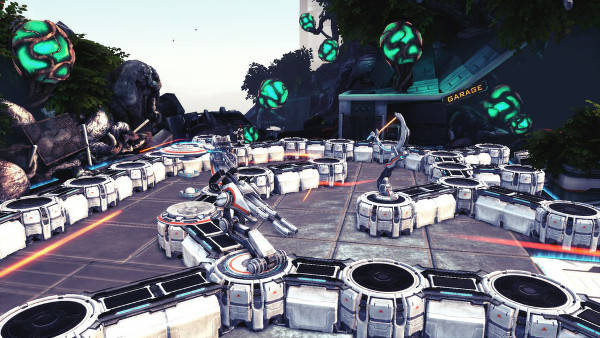 Kudos to the guys at Coffee Stain Studio for trying, but the story for Sanctum 2 is pretty thin. Each loading screen before entering a level reveals a page of a comic book that serves as exposition. Stylistically, these panels suit the tone and aesthetic of the game despite being almost devoid of content or character. All that you need to know is that aliens want to attack your base and you can’t let them. The character development is pretty weak outside of their individual designs. To be fair, the character designs are amazing. Everything has an anime cyberpunk sheen which matches the in-game use of technology. Inasmuch, the universe feels particularly polished but lacks depth on closer inspection.

Luckily, this game doesn’t need to concern itself with a cohesive narrative. Sanctum 2‘s core mechanic is deliriously fun. If you’ve played an FPS or Tower Defence game before you’ll immediately feel comfortable with these two phases of gameplay. If you are into these genres, it’s going to take a little while for the difficulty curve to catch up to you. Once you get to the harder levels the dedication put into executing this game cleanly will become obvious. When simple mechanics can be stacked on top of each other to bring further complexity to the overall game without making it feel bloated you know the developer has hit on something solid. 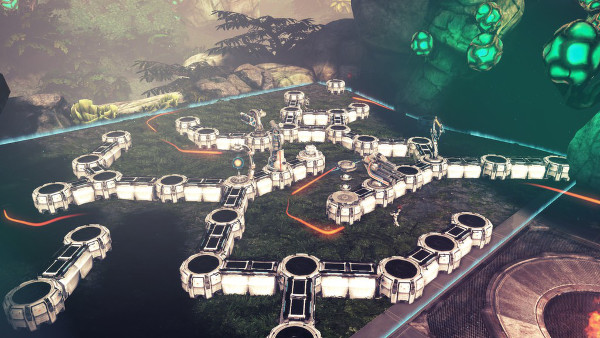 Sanctum 2 is built around 2 core phases; base building and shooting. Base building consists of plotting to lead incoming enemies away from your base and into your line of fire. You are given a limited amount of base related resources at the beginning of each round that either help you build walls or buy towers. Towers have different impacts on play; some are Area of Effect weapons and others are big old mounted guns. Successfully mixing combos of these towers is the only way to ensure victory. Initially, you will only be granted 2 slots for defensive phase add ons, however once you start leveling up you will be granted additional slots. As the defensive walls begin to snake around the level, you will be tested in finding the most efficient placement of these upgrades.

The second phase is all about shooting. If you’ve structured your walls correctly, a significant amount of the hard work should be done for you. Having said that, the balance between the two core mechanics is calculated to ensure the shooting phase doesn’t feel inane or ineffective. Of the 4 classes, I never really strayed from the demolitions expert because explosions are cool. The difficulty level ramped up pleasantly when I tested out the shot-gunner class. These two classes felt like they were useful in achieving specific goals within the game. The other two classes, the assault and sniper, didn’t fit the pace for me. Choosing assault means you’re not going to be able to play with much versatility; if you were on a team I can’t imagine this class ever dominating. Sniping has its issues too, removing the player too far from the action in a game reliant on close quarters strategy in both phases. 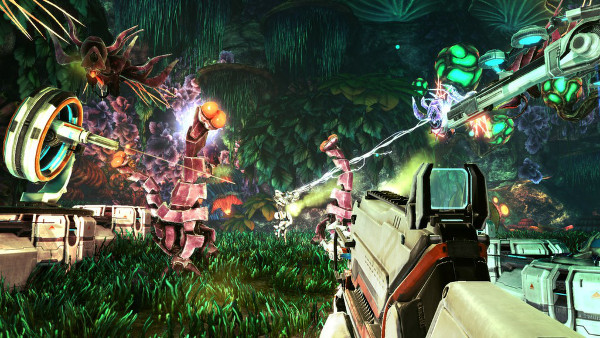 Levelling is handled by a classic RPG interface which is welcome. In the last few years we’ve seen a lot of games dump in RPG levelling features simply because games are expected to. Sanctum 2 offers useful abilities, weapons and towers as you rise through the ranks, abating any notion that these features were forced into the game. Adding Feats of Strength goals to levels before you play increases both XP and difficulty in game. Reading their descriptions may give you the impression that they don’t do much, but activating all five Feats of Strength will be punishing. You’ll definitely get your money’s worth if you attempt to get the achievement for finishing the game with all of them activated.

Enemies types are varied and come with specific approaches the player must learn if you want to take them down as quickly as possible. They aren’t hard to figure out, but their diversity means you’ll be swapping strategies constantly throughout play. As an FPS it doesn’t really test your twitch skills and this kind of game shouldn’t. Taking down large swarms of enemies requires good positioning and playing to your perks, so it’s best not to squander them. Mixing up tower slots can be treated far more liberally. Bosses are just larger than normal bad guys who have the ability to break through walls. While it can get repetitive, they are challenging and pretty much always end up dragging you away from what you’re doing.

Sanctum 2 is a good looking game. Each design opportunity is relished, whether it’s a menu or character models. In the defensive phase, tower positioning manages to meld the necessary clarity of showing you where you’re putting stuff with a holographic interface. The whole game is a mix of detail and clean execution. Much of the character comes from the visuals; the Autumn sisters only feel like they have spunk because of their sweet outfits. In the dialogue they’re pretty drab people but once you’re in game they mature into warriors. All the costumes have these futuristic curves to them, in contrast to the angular aliens they really pop out as not just clothes, but weapons. Some maps are murky in parts but once the shooting starts you won’t notice. 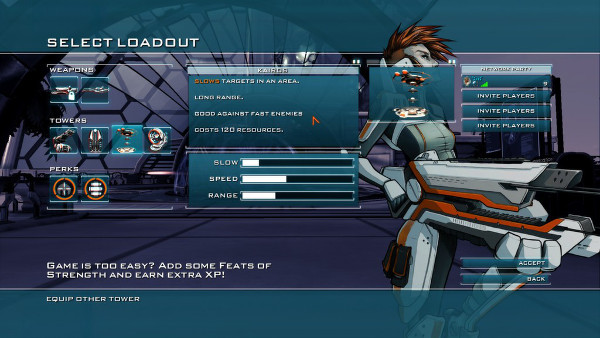 Navigating your way through the options, picking levels and selecting perks is really simple thanks to the lay out. In fact, the futuristic lay out of menus and display icons work to help build the universe. Simple touches like this say far more about the world than pages of dialogue. That kind of attention plays through everything, including the audio. It’s a subtle soundtrack. Most of it is folley; self-assembling robot sounds and the like. Such an unobtrusive approach allows players to project tension onto the game rather than having a bombastic score tell them.

Sanctum 2 is the kind of game a designer would be proud of. The fluidity of play makes it highly approachable for people of all skill levels. Best of all, you always know what’s happening around you, what you have to do next and the choices available in order to to it. Hardcore FPS fans, being the high maintenance bunch they are, may huff about the difficulty. Hardcore Tower Defence fans, if they exist, would probably find this pretty satisfying. If you want to systematically blow away stuff then look no further.

To get the most out of this game play with friends. Not only do you get to chat to your mates, but there’s more stuff happening on screen which really adds to the chaos. There are probably a bunch of people who are skeptical about the idea of a Tower Defence FPS and I think they should probably stay away from this one. It plays out almost exactly how you’d expect. Rating the mechanic alone, this game is slightly above average. Add in the slick design and the great artwork this game features and all of a sudden this game stands out against the bell curve.