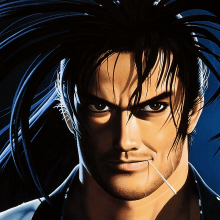 Do you miss the good old days back when fighting games would reward you with points or a high score after defeating your opponent? Well if you do you’re in luck because SNK’s beloved Samurai Shodown II is one of those titles, and it’s back now on mobile devices! This title has gotten a lot of love lately with a recent port to XBLA, and now again with a mobile port. SNK did a fantastic job with bringing King of Fighters to mobile in recent years, but can they do so again with Samurai Shodown II? Read on to find out! 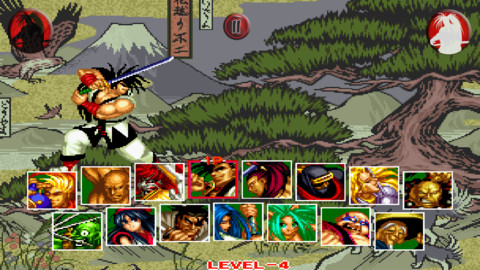 The mobile port sees all the original gameplay elements return. For those unaware of the franchise it’s a 2D weapon-based fighter, which paved the way for other titles such as Soul Calibur. The typical stuff is all there from light, medium and heavy attacks as well as a special meter to unleash more devastating attacks along with both the standard arcade mode and a casual mode which allows special moves to be preformed with a click of a button. The twist with Samurai Showdown is that characters can be disarmed and fight with bare fists until they pick up their weapon again. The original 11 character cast return plus with 4 new additions to make a complete roster of 15 and new movement options have also been included such as various rolling mechanics to make gameplay a little more updated. Furthermore multiplayer is also included but unfortunately it’s only available in bluetooth and no online play. Unfortunately all these new inclusions aren’t enough to save the game, as gameplay still does feel a little outdated. For example characters often don’t have the weight as you’d expect and as a result gameplay doesn’t feel as grounded as it should. In Samurai Shodown’s defence, it still plays the same way the original did, but keep in mind the game is almost a decade old and in comparison to other mobile fighters it doesn’t hold up as much. Perhaps gameplay will appeal most to those with arcade nostalgia or hardcore SNK fans. 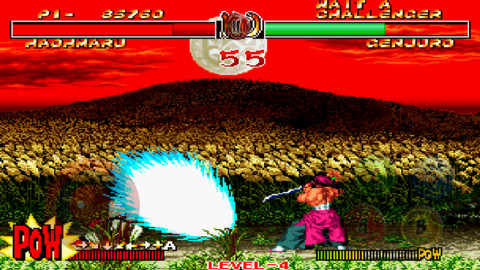 Audio and Visuals have been ported perfectly, but this comes with both pros and cons. Audio sounds perfect beat for beat and provides a classic retro feel. Graphics on the other hand while ported accurately, can seem blurry and not exactly clear. Furthermore on the iPhone 5 the entire screen is not being taken advantage of with the sides being simply black. Buttons are also not ideal in their placement and while this can be adjusted they aren’t always clearly visible as they should be and can be occasionally frustrating. This doesn’t break the game or make it unplayable but they are very noticeable in presentation. It’s not all bad though as the camera does zoom in and out of the action and coloured flashes make everything seem more intense. Artwork is remarkable with a very Japanese stylistic approach staying true to the samurai theme. It’s truly a work of art which is why it’s a shame to see it not presented perfectly. This isn’t to say it’s not nice to look at, it’s just that it could’ve been better. 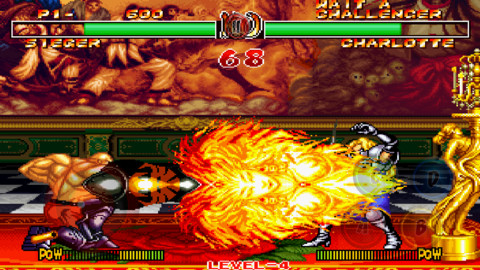 Samurai Shodown II is fun, but it’s far from a perfect port. While additions have been included to improve the game such as new movement options and 4 new characters, graphics don’t hold up as well as you’d like and gameplay does feel a little outdated. Also the lack of online multiplayer is disheartening, but at least it has multiplayer via bluetooth. It’s not all bad though as the action does feel nostalgic and it’s great to see that the developers did put effort into updating the game. However, as a title that’s almost  $10 it’s not easy to recommend unless you really are a hardcore fighting fan.