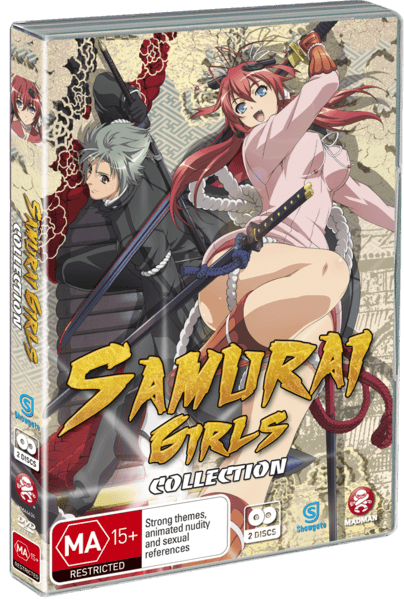 Overview:
Samurai Girls – if that title doesn’t insinuate girls being derobed whilst playing with swords, than I guess I must just have a dirty mind. As you can imagine, Samurai Girls is an anime that sets out to remove the clothing from a bunch of well-endowed women (some not so much) as much as possible. Coming from an anime studio like ARMS, it’s easy to think that this may just be an Ikki Tousen clone. If that’s what you think, than you thought wrong. Not only is Samurai Girls a fan-service based series, but it’s also; stylish as hell, with a kick-ass compelling story to boot. 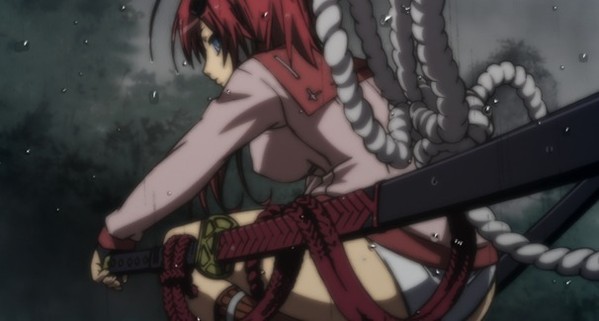 Story:
It’s easy to pass off Samurai Girls as a fan-service series, but if you can look past the full frontal nudity (if you can look away from that eye candy) you will see that there is an incredibly engaging story that provides depth to the sexual mayhem.

But what exactly is Samurai Girls about? Well, it’s set in an alternate 21st Century Japan in which the Tokugawa Shogunate has retained power. With the help of a harem of Samurai Girls who have carried on the names of Samurai legends, a young man rises up against the power that be.

This story may sound complex but it is honestly a stroke of genius, especially when played along-side hardcore fan-service. It creates a unique balance rarely seen in anime between plot and fan-service (High School of the Dead comes to mind as having this balance). Unfortunately despite it’s strong story, the fan-service is rather adult in nature and causes the series to be secluded to a mature audience, which is neither an advantage or a detriment, it just means its not for everyone.

A lot can be said about the way Samurai Girls handles itself as both an anime series and an adaptation of a manga. It’s paced well, with it never feeling disjointed. It remains a faithful adaptation of it’s original source, however taking on board it’s own unique style.

Whether you are a fan of the harem fighting genre or not, there is enough flesh (both plot-wise and naked girl-wise) to sink your teeth into in this series to satisfy the most wayward of harem fans. It will please both fighting fans and those just in it to see some animated nudity, which is something these sorts of shows rarely can lay claim to. 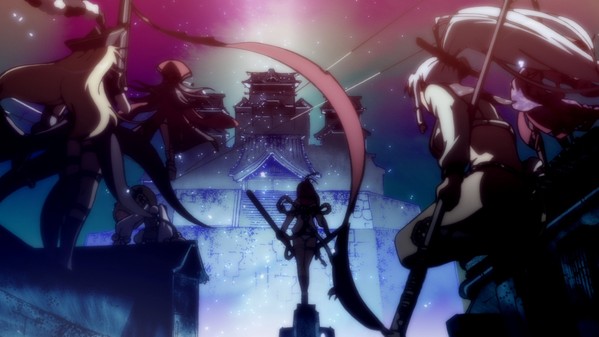 Visuals:
On an aesthetic scale, Samurai Girls is an achievement. It makes broad strides in visual artistry by creating an atmosphere completely unique to the series. It is dark, energetic, sexy and above all engrossing. There is a large amount of dark hues utilised in the series, without it ever looking rough. ARMS amazingly pull off a soft and intimate texture that a series with so much darkness could hardly attest to.

A commonly used art element is the black ink drops that appear during fight scenes. At first I found this somewhat jarring, but as the series progressed it became a nuance that I found both charming and distinctive of the series artistic flare.

As for the series animation, Samurai Girls features a great detail of sakuga animation, with incredibly fluid fight scenes and extremely life-like “body movements” when it comes to the fan-service sequences. No expense was spared in production of the series and that is extremely evident throughout each and every episode. 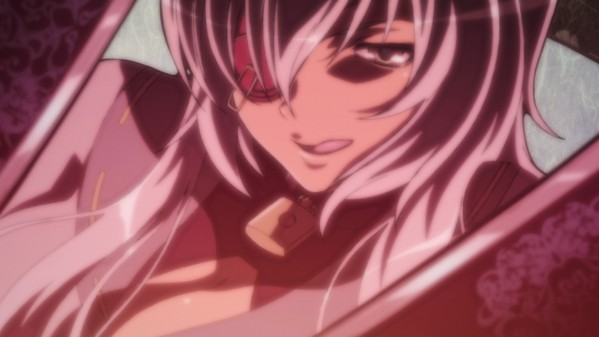 Audio:
Samurai Girls features a brilliant soundtrack with each track being perfectly suited to the series. From the thunderous fast paced action scene tracks to the pop infused cute tunes that back the fan-service and comedic scenes, each track is both memorable and well composed.

The opening and ending theme are also quite good, with the opening theme leaving a bigger impression of the two, while the ending theme itself provides a nice closing to each and every episode it suffers from “Ending Theme Syndrome” in which an ending song feels lackluster in comparison to the opening. Unfortunately Samurai Girls features the this syndrome. But it doesn’t kill the overall quality of the soundtrack as the ending song itself is still quite good.

The voice acting for both the Japanese and English dubs are simply astonishing and in the my opinion this is the best dub that Sentai Filmworks have ever done. That may be a bold statement but it simply is. Gone are the oddities found in their past dubs such as character thoughts sounding as though they had been recorded in a bathroom, to the inconsistent acting and poorly written dialogue, are all long gone. Instead in it’s place is pure quality acting and recording, easily taking the crown of Sentai’s best dub yet. It is just that good. 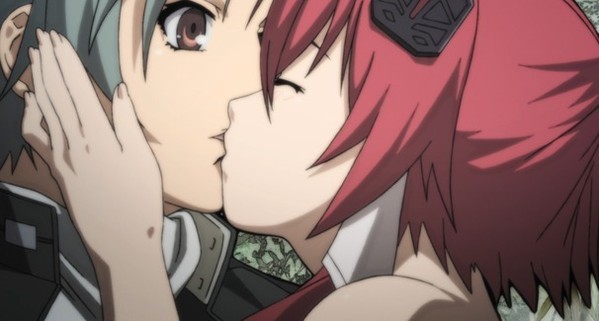 Extras:
Madman have done a great job with the Samurai Girls Collection when it comes to special features. The Samurai Girls Collection features more special features than any other Madman release in recent memory. With special OVA videos, promo videos, TV promos, Production Sketches (Uncensored sketches at that), Clean OP and ED themes, their usual trailers and even unique narrated comics.

This collection is simply jam packed with extras giving Samurai Girls more replayability then most DVD collections Madman releases on a regular basis. All in all this is an incredibly impressive job well done by Madman for special feature junkies. 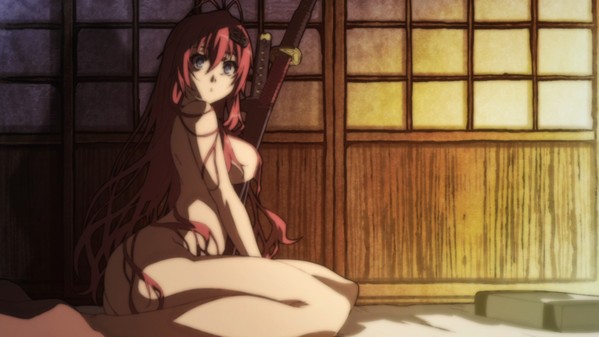 Overall:
In conclusion, Samurai Girls is worth every dollar. It is a pure value product, featuring an entire series in one collection along with more special features then you can swing a naked samurai girl at.

If there is anything that holds back the series it is that it features full-frontal hardcore nudity which will definitely deter some potential viewers, but if you do not mind said nudity, by all means pick up a copy of the Samurai Girls Collection.