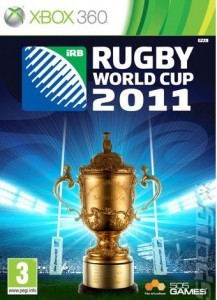 After waiting four years for a new Rugby Union game, we finally have one. But how new is it? 505 Games and HB Studios accepted the challenge of releasing a World Cup based Rugby game to satisfy the relatively small gaming population desperately waiting to take control of their favourite players through the joy of gaming technology. Whilst the final product is still a reasonably fun game, it didn’t quite live up to the standard of sporting games we’ve become accustomed to.

I’ll start off with the positives. It is actually a fun game. Rugby fans would definitely enjoy this more so than your average gamer, but that being said, the control system is quite simple and basically anyone could pick it up and get used to it after a few matches. I rounded up a few of my friends (with their interest in the sport ranging from moderate to “How do I score a touchdown?”), and we played some matches together and it was great fun. The simplicity of the game is arguably it’s best feature, you almost forget about the outdated graphics when you’re playing. Of course there are a few bugs in the gameplay such as players getting sin-binned for penalties which you have little to no control over (we’re talking hands in the ruck sort of penalties). 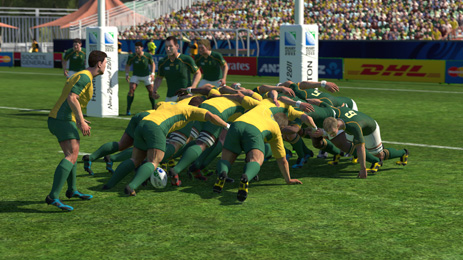 Gamers get the choice of playing an “International Test” (quick match), a warm up tour, online matches, a place-kick shootout and of course the game’s selling point, the Rugby World Cup 2011 mode. Whilst the World Cup mode is really what you buy the game for, there is only a certain amount of times you can win it before it gets quite boring. They could have taken a page out of the FIFA World Cup 2010 game to see how to increase the lasting appeal of the game such as the Captain Your Country mode or at least the scenarios. You obviously can’t criticise them for not including a season mode as it is a world cup centered game but the modes definitely lack depth which really limits the amount of hours you are going to spend playing the game.

The stadiums are good enough although the crowd noise could be improved, that being said at least they included Swing Low Sweet Chariot chants for the English team. You get the choice of different commentators for different languages as well as a UK team or Australia/New Zealand combination. The commentary gets repetitive quickly and the commentators never really say anything interesting or meaningful, something you could probably attribute to the absence of player licensing. 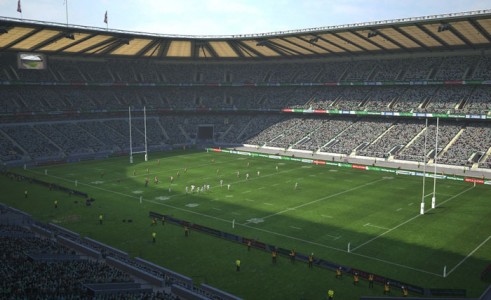 Which brings me on to my first big issue with the game: lack of player licensing. Whilst a lot of you may not think of this as a big deal, it’s something myself and I’m sure many other sports fans enjoy about playing sports games. They do have the player licenses (player likeness is apparently not implicit with this) for some countries including the South African and English teams at least but it’s not just the lack player’s names that bothers me. It’s the fact that the player models don’t even seem to loosely reflect real-life players, unless you include the Lote Tuqiri look-a-like winger for the Wallabies. No Wallaby players, no All-Blacks, and no Haka…

Apart from that, the AI is quite poor and after a few games you will win easy enough on the hardest difficulty. Lineouts are pretty annoying and the kicking system (both spot-kick and punting for touch) needs some improvement. I also would’ve loved to see some momentum affecting features changing with the flow of the game and altering the turnovers and pressure just to add some excitement to the matches. 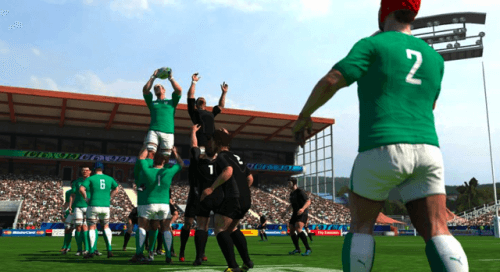 HB Studios developed the EA Rugby games back in the day for PS2 and Xbox, formidable games for their time. It’s this knowledge that really bothers be as they can’t use the “it’s my first time” excuse. What’s even more disconcerting is that HB Studios were co-developers on last year’s FIFA World Cup game for PS3 and 360. It feels like they have just thought hey, our old rugby games were decent, let’s just repackage the old games, slightly enhance the graphics and not really improve the game in any way. I understand budgetary issues come into play and I also acknowledge that the market this game is catering for is minuscule compared with sports such as soccer, NFL and basketball. However, our standards have sky rocketed since the last time HB Studios produced a Rugby game, and to be honest this game falls well short of game expectations. 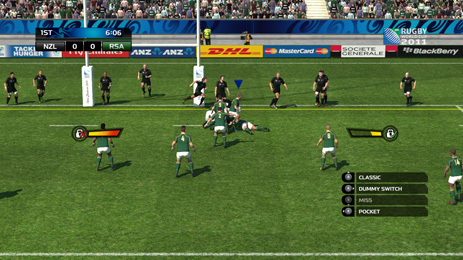 Overall, with all the flaws aside, this isn’t a bad game, it’s just disappointing. You can still have a fair bit of fun with it, especially if you’re a Rugby fan caught up in the excitement of the upcoming World Cup, but it just isn’t a game you would keep in your 360 or PS3 for too long after the World Cup has come and gone.