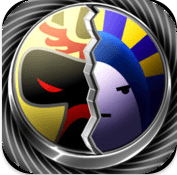 A great board game can stand the test of time. To this day, ancient games such as chess, go, and checkers are still played around the world. Many civilizations still have a board game still played centuries after their creation. Modern day has brought us games like Monopoly, Settlers of Catan, and Risk. There are a lot of excellent board games out there. So RoboChess has big shoes to fill; can it stack up to the giants? Or will it fade into iOS obscurity? 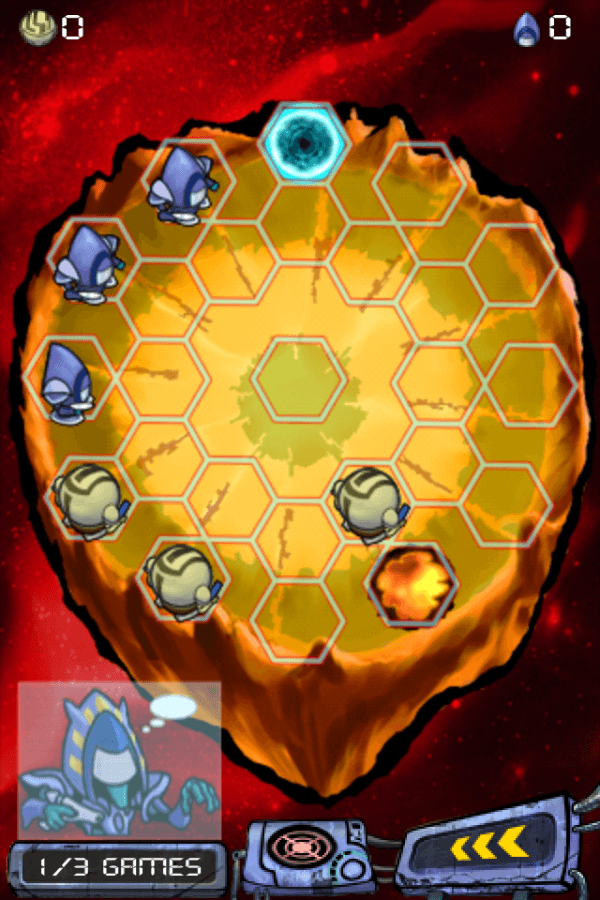 RoboChess provides very simple no nonsense visuals. Robots are in a cutesy anime style and the UI is cartoony. The menus in contrast are very industrial and dark. Unfortunately, none of RoboChess’ graphics looks optimized for iPad or iPhone Retina displays, let alone the new iPad’s Retina display. iPad support is strictly in the ugly iPhone mode. It would have been nice to see more effort in supporting the iPad’s larger screen. The current implementation seems to be more of an afterthought. 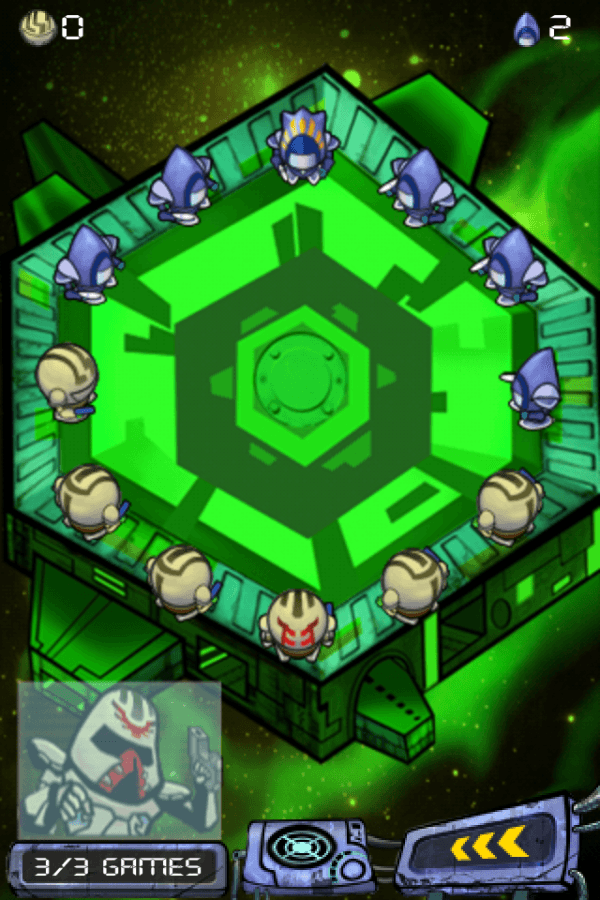 The sound effects are appropriate to the Robot theme of the game. Many actually remind me of noises made by old dial up modems. The music however is completely forgettable. This may partially be due to the fact the music volume is extremely low. Thankfully you can play your own music as you play RoboChess. You won’t be missing much if you do play your own music. 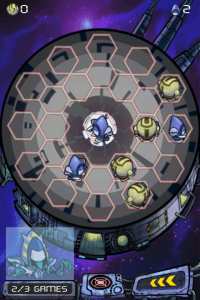 The most important part of a board game is the game play. After all, the good old board game that we used to store in boxes and actually have parts made out of trees and possibly plastics and metals didn’t come with a fancy soundtrack or mind blowing 3d graphics. Unfortunately, RoboChess fails to shine in this regard. There are three game play modes that all happen in the hexagonal board.  Siege mode is a checkers like mode with a slight twist of chess. Each player is given five pawns and a king piece. Each piece is able to move one space per turn; pieces are destroyed when they are surrounded by two enemy pieces, one on each side. Game continues until either all the pawns on one team are destroyed or the king is destroyed. Heat Centre is the next mode, utilizing four pawns per side. The centre becomes a safe spot for a pawn, and movement must be made between one of the two outer rings or the heat zone. Pawns become vulnerable to attack when they enter the centre ring. The last mode is racing. Similar to Chinese Checkers, each team gest three pawns and a goal at the other end of the board. No pawn can be moved in two consecutive turns. The teams race to move all their pawns into the goal. Unfortunately, even with three different modes with very different rules, RoboChess fails to shine. Racing mode is extremely simple with very little strategy involved, feeling more like an afterthought tacked onto the game to pad the features list. Heat Centre is slightly more interesting, but can quickly boil down to a deadlock by design. The main attraction without a doubt is Siege mode. This is probably the most entertaining and challenging mode in the whole game. Unfortunately, the mode’s balance feels off. For starters, it is the only mode that does not overlay the board layout onto the playing field. This leads to serious confusion when making decisions on where to move. The board size itself always seems to bounce between too small to maneuver without making a purposeful suicide move in the beginning of the game, to too large to end the game in a reasonable time without forfeiting the game by the end. Unfortunately the gameplay falls square into the lower limits of mediocre.

In an attempt to be the next chess game, RoboChess falls flat on its face, barely clearing the bar into mediocrity. Two of the three gameplay modes are completely forgettable; the main attraction is poorly executed. The audio is unexceptional, and the graphics are simple and do not take advantage of the iPhone’s Retina display or the iPad’s larger screen. Maybe if it was free RoboChess would be worth a download just to try. But even at the low price of 99 cents, I could not recommend RoboChess.