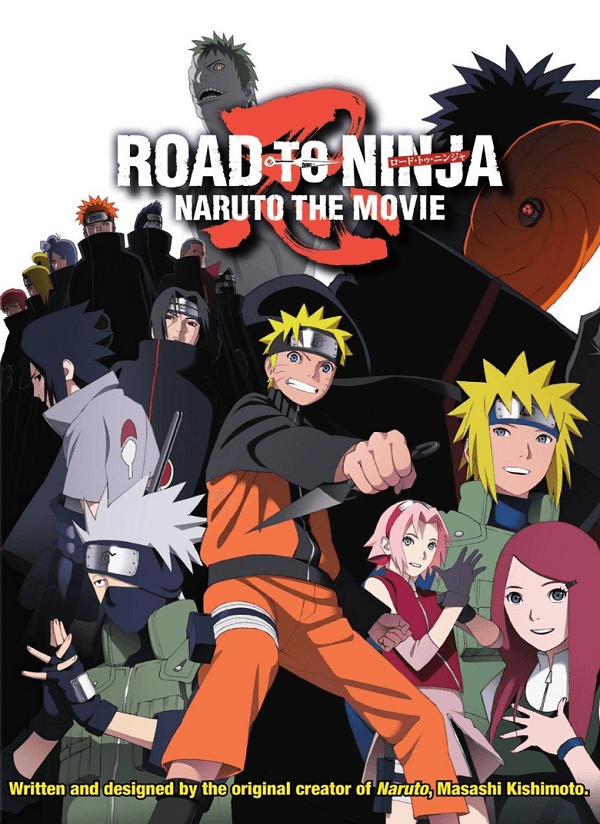 Overview
Long running series tend to struggle with keeping themselves fresh with new material and often in the manga and anime world, the best way to do that is to spice things up with a movie release. Unfortunately with Naruto, the series had gone on for so long that even the movies were beginning to grow stale. Now with Road to Ninja: Naruto the Movie being handled by the series’ creator, is the film different enough to warrant a purchase?

Story
The Konoha 11 along with Kakashi, Guy, and Sai are tasked with a mission to take down members of Akatsuki who have suddenly re-appeared. Despite the fact that many of the Akatsuki members they are fighting should be dead, the group holds their own well-enough to drive back their strange opponents. In doing so, the group returns home to be praised by their families, though Sakura starts arguing with her parents while Naruto is left feeling lonely.

Later in the day, Sakura takes Naruto out in order to vent her frustrations but while they are out they find that Madara has somehow managed to make his way into the village. Before the two can do anything, they find themselves suddenly transported to an almost identical looking Konoha, with the only immediate difference being that Madara has managed to vanish. 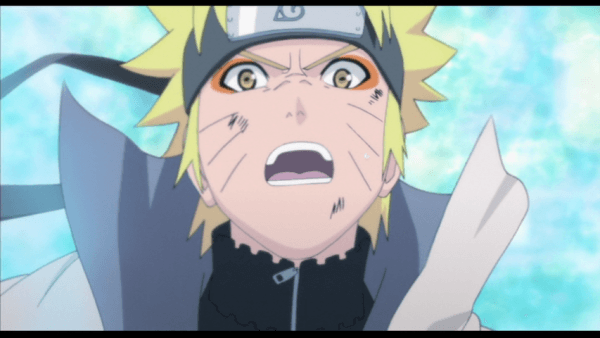 That is at least until the two stumble into a number of their friends, who are acting far different from their usual selves. After being bitten by Akamaru, Kiba argues with the dog and declares himself an adamant cat lover while the usually quiet and reserved Hinata is dressed in a different manner and openly threatens Sakura to avoid moving in on Menma, the name Naruto has been given in this alternate world. They aren’t the only ones changed however as Naruto and Sakura find that most of the people they know now have different personalities and it doesn’t stop there.

In this strange alternate world, Sakura’s father and not Naruto’s was the one who saved the village many years ago making her the daughter of the Fourth Hokage and an orphan. Thanks to the shift in history, Naruto finds that his own parents are alive and well, though thanks to the knowledge that this world is not their own, Naruto struggles to find any happiness in this turn of events and with the growing threat of a rumored masked man killing Tailed Beast owners, neither he or Sakura can rest easy as they try to find a way to overcome Madara’s plans. 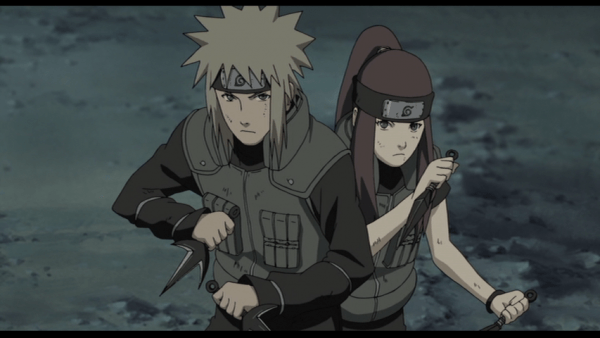 The last few Naruto movies have all had a similar feeling to them and Road to Ninja: Naruto the Movie manages to change things up in a nice way that helps set it apart from the older movies, even if it still has its faults. The basic storyline told throughout Road to Ninja is fairly standard as we still see Naruto and, to a much lesser extent, Sakura dealing with a new opponent. However thanks to the way that the situation is handled, it takes almost no time to actually bring the viewer up to date which leaves the film more time to deliver on the quirks of this alternate world.

Unfortunately the amount of time spent on specific events is kept at a bare minimum. The alternate personalities of characters such as Sasuke, Hinata, Chouji, and Kakashi are barely given any screentime before they are forgotten about. This feels like a missed opportunity, especially since they do not even play a role in the fights that take place in the latter half of Road to Ninja. Instead viewers are actually treated to fights with a different take on the Akatsuki members which is alright but lacks any lasting impact as the action then shifts to Naruto having to face off against the final enemy in standard fashion, with the only change-up being the unique enemy he has to fight. 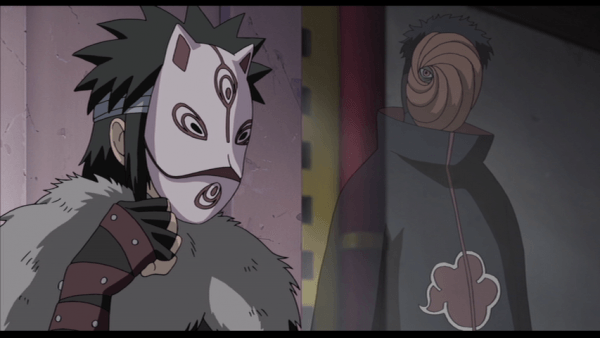 What viewers will find in Road to Ninja are plenty of poignant moments as we see Naruto interacting with his now living mother and father. This gives us an interesting take on how things may have happened if his parents had not died while he was a baby, but it also gives Sakura a sample of how lonely Naruto must have felt without a family. There are a number of funny moments laced throughout Road to Ninja with most of them coming from either the personalities and actions of the alternate world characters as well as some decent action sequences to close out the film, making it a worthwhile watch that moves away from the standard that fans have grown used to but fails to capitalize on its potential.

Visuals
Thanks to the expanded budget that films are usually given, it should come as no surprise that the animations and art found in Road to Ninja are fairly impressive. While there are some notable issues with early scenes involving a flashback, the rest of the film is presented with quality artwork. The background scenes of Konoha are extremely detailed and viewers will notice the design changes made to characters in the alternate world that help accentuate their personality shifts. 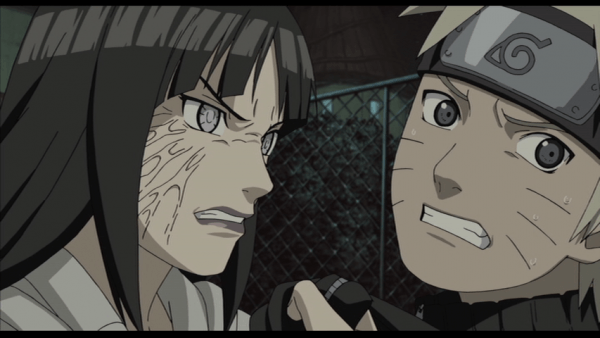 The actual combat scenes are fairly impressive as the quality remains high throughout these sequences, though thanks to a number of familiar fighters returning and only one real new addition. As such there are very few new jutsus executed throughout the film, which is something of a shame as the ones that are used are handled well.

Audio
Viz Media has released Road to Ninja: Naruto the Movie with both the original Japanese voice track as well as the English dub. Thanks to how long the series has went on, this is for the best as viewers have an option to select whichever voice track they are most familiar with, especially since both the Japanese and English voice actors portray their characters exceptionally well. 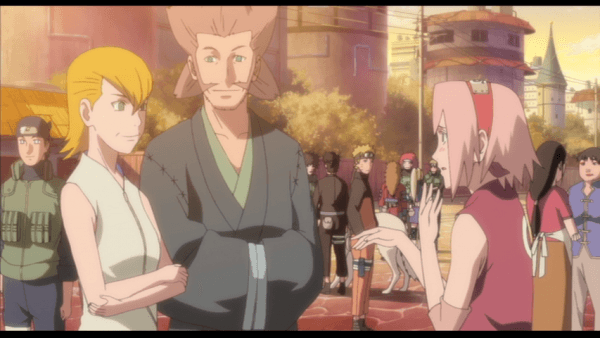 Unfortunately, most of the background music present throughout Road to Ninja are the same tracks that are commonly found in the original series meaning that there is very little new here. That being said, the theme song used in the credits, “Soredewa Mata Ashita” by Kung-Fu Generation is an enjoyable song that is quite fitting thanks to the amount of theme songs the band has previously contributed to shōnen anime.

Extras
With this DVD release of Road to Ninja: Naruto the Movie Viz has included a simple slipcase featuring the artwork shown above while the actual case art is the artwork used for the Japanese promo posters. As far as on-disc bonuses are concerned, this release only comes with the bare minimum of promotional trailers for the film as well as trailers for other Viz Media releases.

Overall
Road to Ninja: Naruto the Movie introduces a compelling premise that, at least at first glance, is different from the standard fair that fans have come to expect from shōnen films. Unfortunately very little is actually done to explore the various changes in the alternate world outside of quick throw-away gags. Thankfully the decent action pieces and the way that the film handles Naruto meeting his parents in this new world make this movie a flawed but worthwhile watch that is a step above what Naruto fans expect.