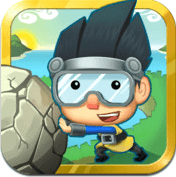 Everyone loves a good puzzle game and iOS is a ripe environment for them. Today we have Buzz Monkey and Chillingo’s Rinth Island. Chillingo is known for publishing great puzzle games, do they have another hit on their hands? 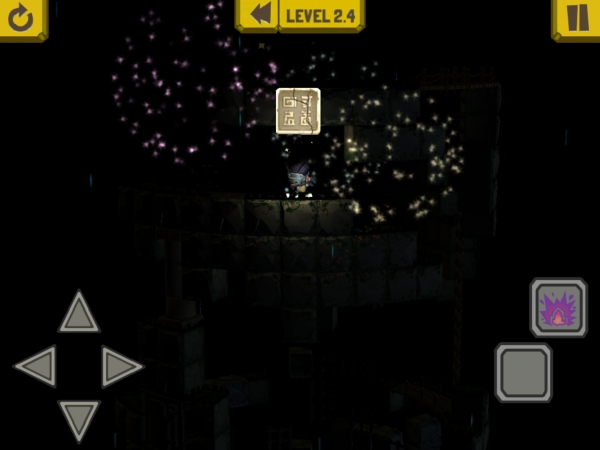 For the most Rinth Island provides a challenging without being difficult to the point of hair pulling experience. Rinth Island is a get from point A to point B type puzzle game, leaving a variety of traps, switches, pitfalls, and other environmental puzzles to navigate. I appreciate the fact that puzzles require a bit of timing and physical agility to complete. The puzzling levels are all tubular in shape which brings vertical element to the gameplay and gives Rinth Island a unique look. Adventure mode allows players to slowly work through the puzzles with a light story attached. Areas are broken up into smaller chapters, which are further broken up into five puzzles each. Once you complete a level, Timed, Steps, and Collection mode can be played, increasing the difficulty and variety of the game. Timed and Steps mode limit the time or steps players are allowed to take to complete a puzzle. This is a mode that rewards efficient puzzle solving and perfection. These two modes should only be accomplished when you know how to execute the puzzle like the back of your hand. There is almost zero room for error in these modes. Collection on the other hand encourages players to not only complete the puzzle but reach lesser used areas of the puzzle to collect all the crystals on the map. These extra modes are well executed, providing a bit of variety to game play without feeling tacked on as last minute. 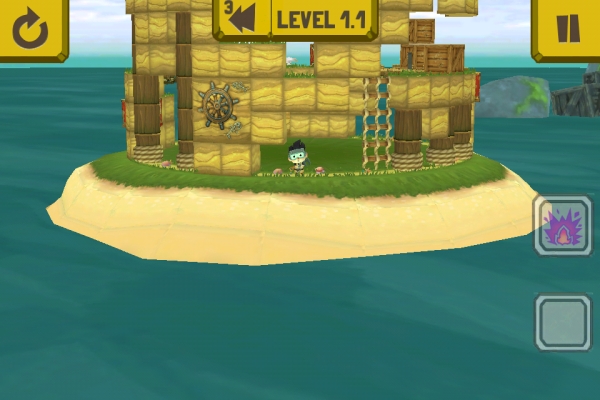 There are two control schemes, touch controls and a control pad. I personally found the control pad to be the preferred way of playing Rinth Island. I found the touch controls to be just fine while playing on the iPad but down right intrusive on the iPhone. The controls were receptive, but on the small screen of the iPhone I found my fingers covering up the game play. This wouldn’t have been a huge issue if it wasn’t for the fact the game already is so small on the iPhone. It simply makes an already difficult problem worse. Thankfully, the control pad puts arrows on the left hand corner of the screen that is out of the way and extremely useable.

To further increase the variety in the game, Rinth Island has a level designer mode and players can download other people’s level to play. Theoretically, this allows for infinite game play. Downloading levels is a snap and I found the level editor very easy to use. Simply start putting down blocks like that famous coloured building block toy of your youth and you’ll have a level in no time. I love the fact that testing your level is simply a button away. It almost feels like the developers themselves used the level developer to create their levels and then simply shared the tools. In a day where seeing mod tools released for a game is the exception rather than a rule, I really appreciate Rinth Island’s inclusion of a level editor. 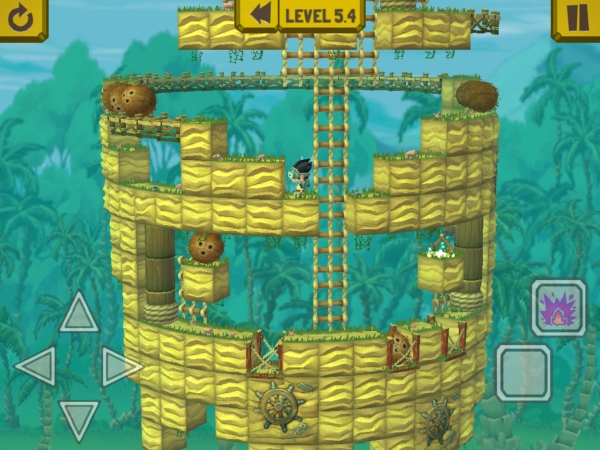 Unfortunately there is one thing that really irritated me about Rinth Island. To start, you are given three rewinds to work with. When you are stuck, you can use a rewind to move back several moves and correct an error you made. Once you are out of rewinds you are stuck with either completely restarting the level or purchasing unlimited rewinds for $0.99. In the beginning few puzzles, restarting a level isn’t a huge deal. The puzzles are relatively simple and short. But as the puzzles become more difficult and more complicated, restarting becomes a real pain. As levels progress, there are more and more areas in the game where it is possible to become permanently trapped, forcing either a restart or a rewind. I found the game started to test my memory just as much as it tested my puzzle solving skills. If I ever became stuck, I would have to be able to repeat all my movements and then correct myself. If this happened at an end of a level and I was still experimenting with ways to complete a puzzle, it would end up that I wasted a lot of time restarting the puzzle. It eventually made me feel that the developers were trying to nickel and dime me by dragging out my game play experience until I became so exasperated and spent another $0.99 cents to get the ability to rewind my game. Frankly, I would have much rather the game cost me $1.99 up front and skip the whole unpleasant business of feeling pressured to purchase the unlimited rewinds.

The music is well chosen, fitting in perfectly with the visual style. The music is airy and pleasant, the sort of music I’d love to listen to if I was on an island, even if it was an island lacking in puzzles. On the other hand, I wish there was more variety of songs to listen to. Sound effects are solid for the most part, but the giant rolling coconut sounding like a rolling boulder irritated me. It wasn’t that the sound effect was bad, but I always figured a rolling giant coconut would sound more like rolling a wood ball full of water.

Rinth Island is happy and cheery game with lots of bright colours and sunshine. The graphics are appropriate for younger children who are old enough to comprehend the puzzles. The visual style would be at home beside Animal Crossing and Legend of Zelda games on the DS. There is a good level of variation in the visual style between chapters. Thankfully this keeps things looking fresh as you conquer the puzzles. The game is best suited for the iPad as the camera is zoomed out rather far to accommodate the large areas. Playing on the iPhone is a bit of an eye strain due to the small size. On the iPhone 4, I struggled to see the game clearly if the phone wasn’t at least a foot and a half near my face. It definitely takes away from the lovely visuals and makes purchasing costumes and pets seem rather pointless. 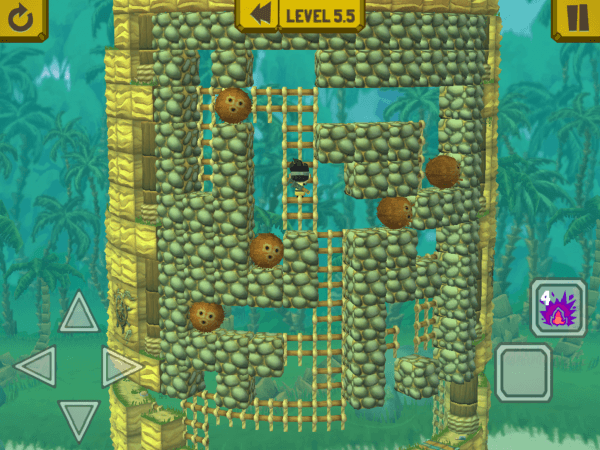 Rinth Island is a solid puzzling experience that is bright and fun. The level editor and the ability to play other players custom made levels is an incredible bonus to a game that is already packed with a lot of variety and replayability. For $0.99 Rinth Island is an incredibly great deal. However, the $0.99 price to unlock unlimited rewinds left a really bad taste in my mouth. The ability to rewind the game makes the game a lot less frustrating. Considering there are so many areas in every puzzle to get permanently stuck and forced to restart a puzzle, I would have much rather seen the game priced at $1.99 and had the rewind feature added. I strongly recommend purchasing Rinth Island, but before you purchase, realize that chances are for most players the game will spend at least $1.98 on Rinth Island, not $0.99.