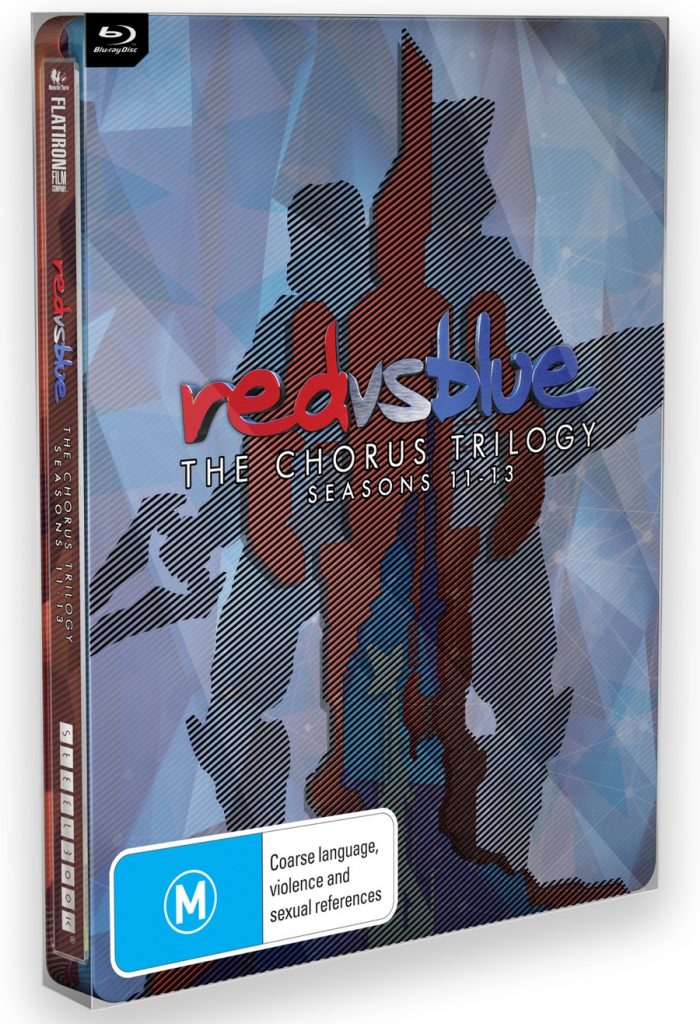 The Red Team, Blue Team and Agent Washington have crash landed in a canyon in the middle of nowhere. They are eventually reunited with Donut and Doc, but realise that no-one is coming to rescue them. They think they are alone, but they are in fact stranded on an inhabited planet known as Chorus. Following an attack by two mercenaries, they are separately captured by the two opposing sides of the planet’s civil war. Staying alive, finding their friends and defeating the enemy are now the main goals for each group of soldiers to achieve. 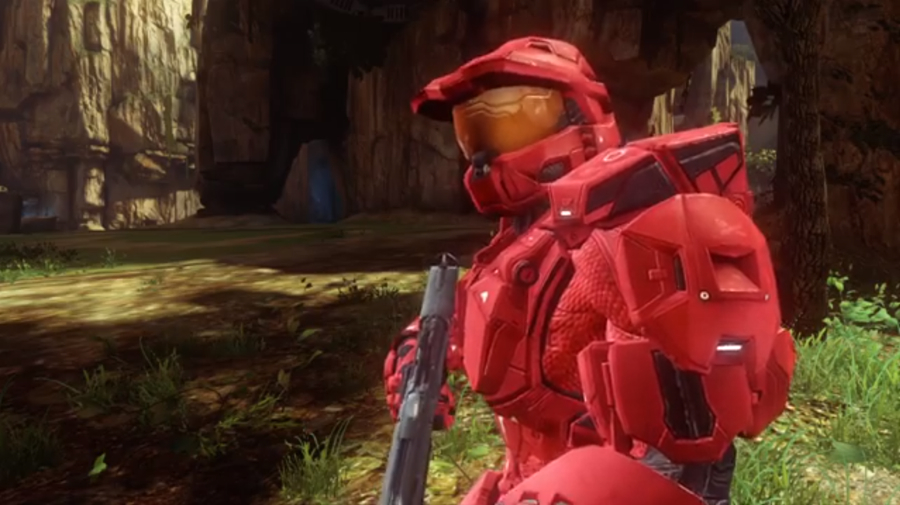 The Reds and Blues still do not trust each other. Few of them care about Agent Washington regardless of which team they are on, but the conflict between everyone is ultimately insignificant and meaningless. Much of the first part of season 11 is spent depicting the Reds doing stupid things, Tucker getting annoyed at Agent Washington and Caboose lamenting the loss of the previous leader of the Blue Team, Church. Caboose somehow manages to end up with a giant robot for a pet, so Sarge inevitably retaliates by getting the Reds to build a new robot. No plot progression occurs for some time, and that is great despite how that may seem on paper. What these random events feature is a return to the style of comedy that long-time fans will remember from the Blood Gulch Chronicles. Some of it is crude and some of it is clever, but it is almost all funny. Comedy is fundamental to Rooster Teeth’s productions, and the passion that consistently goes into making RvB is evident throughout.

As the story progresses, the Reds, Blues and Agent Washington become involved in the civil war on Chorus. They are split up amongst the two sides of the war and each become attached to the cause of their respective sides. The leaders of each side remain convinced that the other side is the enemy and must therefore be eliminated at all costs. However, things are not that straightforward; there are plenty of twists and surprises throughout the remainder of the trilogy. Some characters are not telling the truth and are fighting for an entirely different cause. It is recommended that anyone who purchases this release goes back and watches the previous five seasons to remember the story, as earlier events in this series are brought up. Most of the events that occur in this trilogy will make sense either way, but there are almost no flashbacks to earlier events whatsoever. This is good in one way; flashbacks might have ruined the otherwise effective pacing. Things happen neither too quickly nor too slowly; it is easy to become wrapped up in the story of yet another civil war in this crazy universe. 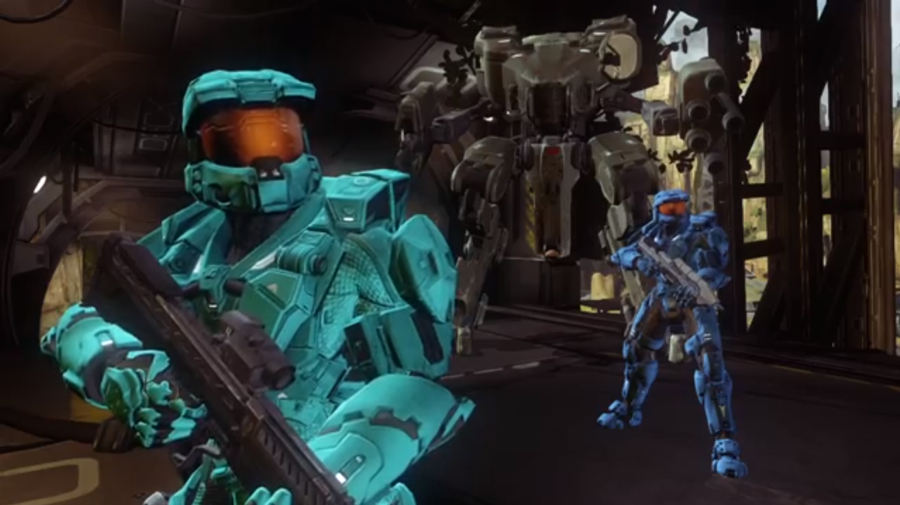 The majority of the series is comprised of machinima footage, however there are some scenes that utilise in-house animation. There is less of a reliance on new animation than in the previous season, but it is still present. The quality of the animation increases significantly during the scenes produced by Rooster Teeth’s animators. The new animation is more fluid and more detailed, and its inclusion allows for some shots that could never have been recorded in Halo. Unfortunately, it is somewhat jarring when the two visual styles are featured on-screen at the same time. It is not a major issue, and the difference may not be obvious to everyone, but it does stand out in both a good way and a bad way. What is more seamless is the layering of static 2D images on top of the footage, which is believable and contributes to the humour of the series. The action scenes are fantastic, which comes as no surprise given how much effort Rooster Teeth puts into Red vs Blue. 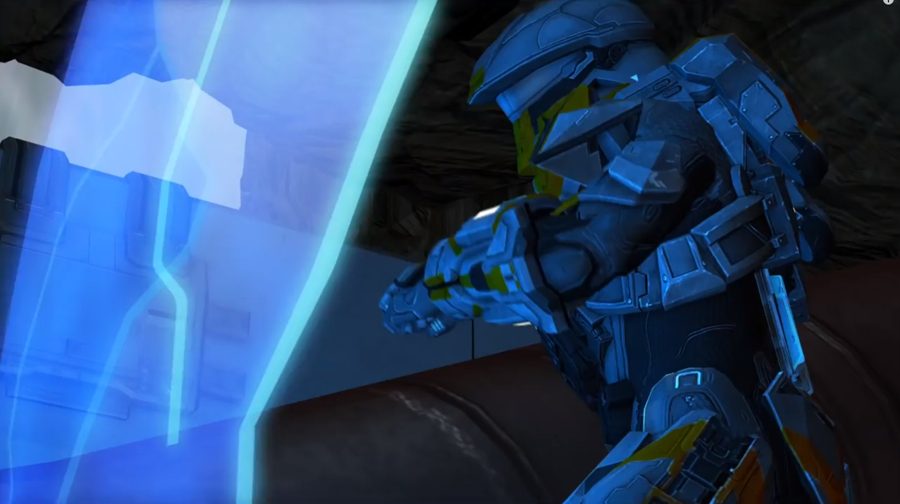 The RvB soundtrack has always been enhanced the atmosphere of the series, and more specifically, to the sense of isolation. The music used in these three seasons is no exception. Music is often used minimally in RvB, which is quite effective, but it does stand out when used. The voice acting is also as good as always. Unsurprisingly, Joel Heyman gives an impeccable performance as Michael J. Caboose. He manages to capture Caboose’s apparent stupidity perfectly and completely owns the role when he has to give a motivational speech. Most of the other voice actors are able to more-or-less use their normal voices, making it easy to identify which Rooster Teeth employee is voicing a minor or recurring character. Part of the fun is hearing Rooster Teeth’s prominent personalities voicing various characters from the crazy universe of Red vs Blue. The audio quality of the voices is not perfect; it sounds as if it has been run through a filter. This may simply be to simulate what it would sound like if the voice actors were inside one of the suits of armour, but it does mean that the volume has to be turned up in order to be able to make out what is being said. 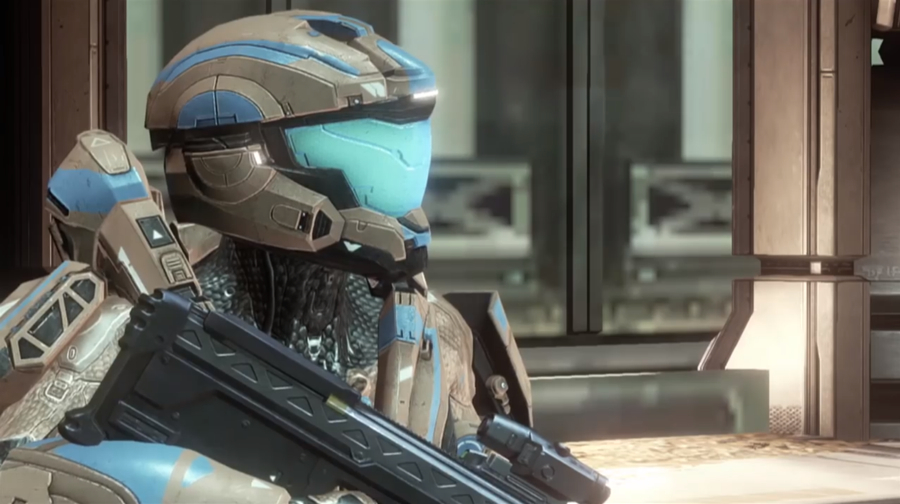 These discs include an enormous amount of extras. Commentaries, outtakes, PSAs, deleted scenes and behind-the-scenes features are included. The deleted scenes are interesting but not as entertaining as the main features. The outtakes are absolutely hilarious. In particular, an outtakes reel featuring Joel Heyman very passionately arguing about something completely asinine is one of the best extras included. The behind-the-scenes videos are insightful and show just how much effort goes into making sure that everything is as good as possible. For some, the main attraction of this release may be the SteelBook. It is not indestructible, but it is a fairly sturdy case that features some cool artwork. If you have yet to purchase seasons 11, 12 and 13 but want to, this SteelBook is the way to go.

The Chorus Trilogy is an excellent continuation of Rooster Teeth’s flagship series. It simultaneously features a return to the comedy present in the Blood Gulch Chronicles and a thoroughly engaging plot with twists and revelations. It is stupid, but it is also hilarious and engaging.
Capsule Computers review guidelines can be found here.

The Chorus Trilogy is a hilarious, dramatic and action-packed addition to the Red Vs. Blue series that never fails to entertain.
9