First-person shooters are a little hard to manage on iOS. The usual dual controls, coupled with changing weapons makes it difficult to not flood the screen with interface. Crescent Moon and Blowfish Studios have teamed up to create just one more shooter for iOS, Razor Salvation. How does it hold up? Read on to see. 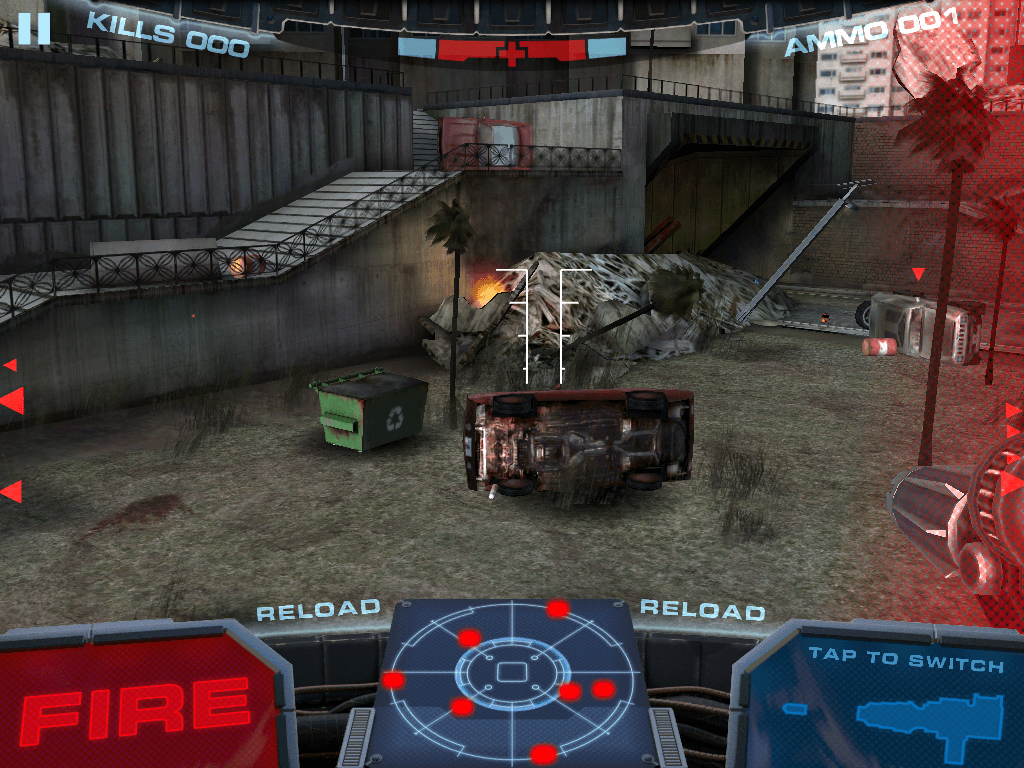 Razor Salvaition is a fairly typical science fiction story. Aliens, known as Xenos have invaded the Earth, and you are given the task to defend it. Captaining the dropship Salvation, you need to shoot down the invading aliens and rescue as many civilians as possible. I particularly enjoy the story being told through a pseudo-animated comicbook style introduction to the game, and even little glimpses into the narrative during the loading screens in the form of faux-adverts. Each level, broken down into days, also has a brief introduction, something along the lines of a captain’s log. The game also functions as the first installment for a wider story concerning the Xenos invasion, which may be why the game feels so short. Regardless, the small glimpse into the story is interesting, and maintained well across a number of narrative devices. 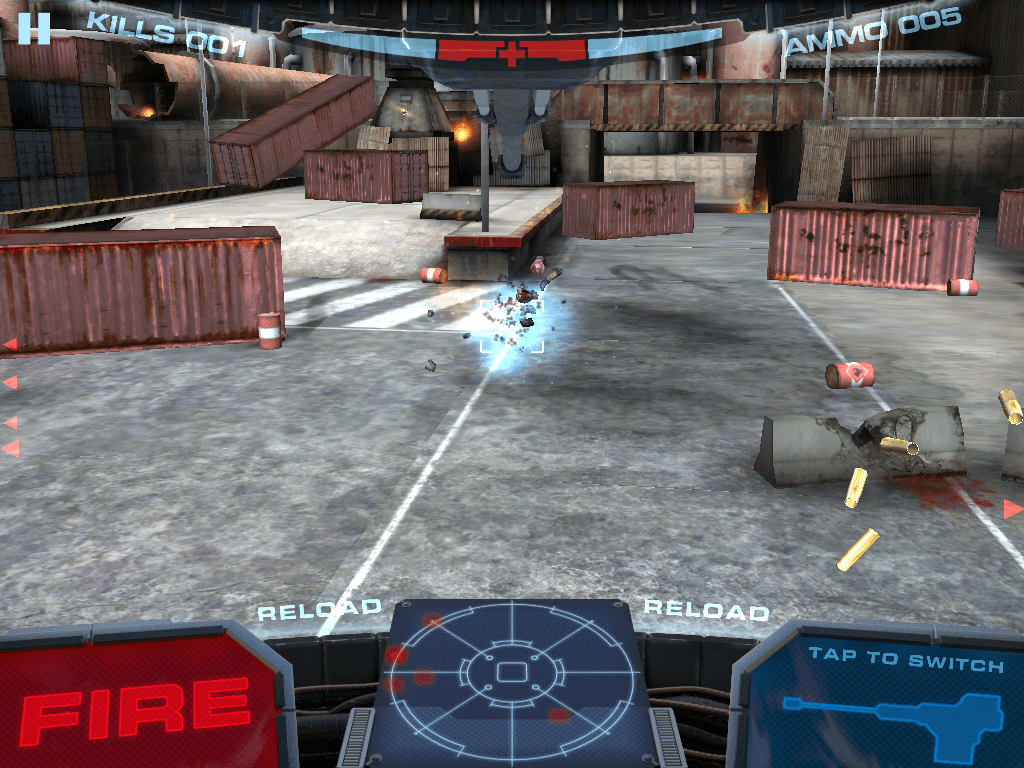 Picking up Razor Salvation is rather easy. The game is a stationary shooter, where you take control of the gun on top a dropship. Waves of enemies approach the ship, firing on you as they saunter over. The control system takes some time to get used to, with the fire button on the left feeling slightly uncomfortable, and the means of rotating around feeling very sluggish. Of course, you can always invert the controls in the options menu, but eventually, the trigger button’s placement feels right, and the game becomes much more bearable.

Razor Salvation is a game that grows on you. Despite it’s simple to learn mechanics, the actual playing of the game can feel a little uncomfortable. Similar to the controls, the reloading of the guns can be bothersome. Perhaps I am just used to guns reloading quickly on PC shooter titles. Either way, eventually the slow loading time has its purpose. It forces you to strategically reload and swap your weapons based on your situation. This makes the last two levels particularly taxing to master. There are wide ranges of weapons, all of which can be upgraded, as can the dropship. However, the weapon change menu is a little lacking in terms of usability. 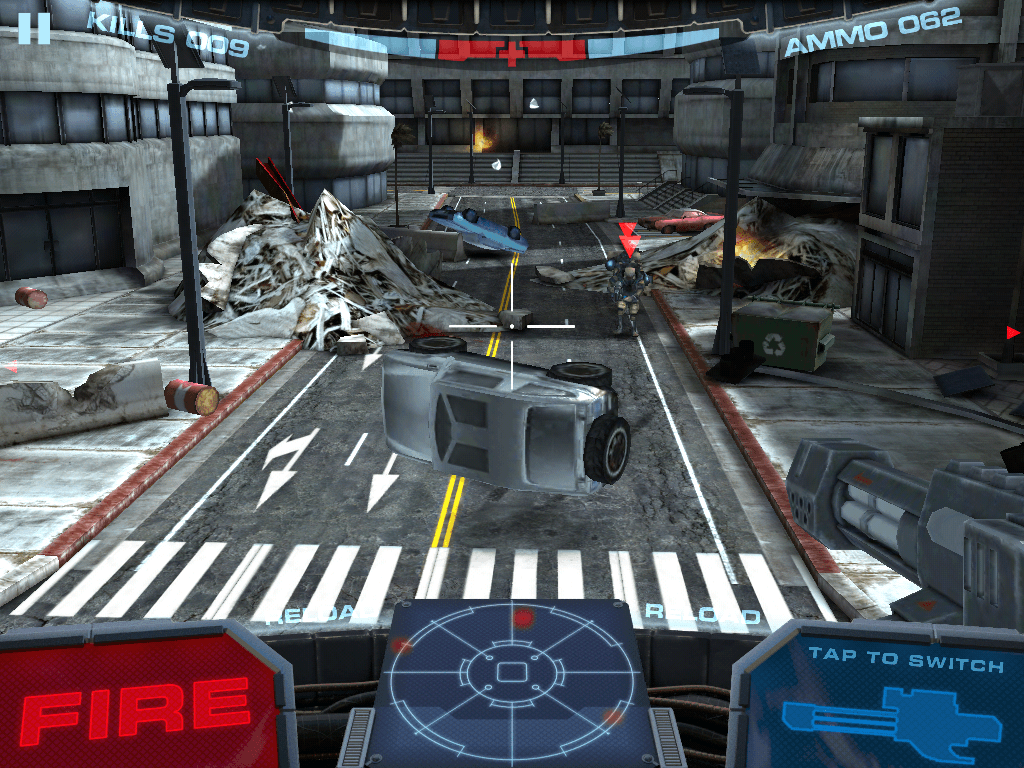 The graphics are great, but completely wasted on the iPhone. Small aliens are hard to shoot from a long distance, and the detail gone into the physics of objects is lost. After a few play throughs, I decided to swap over to the iPad and found the large screen much more rewarding. Cars flipped as I fired rockets, to destroy the enemies hiding behind them. The detail isn’t wasted at all on the larger screen, and even the ability to better see your enemies comes in handy. The interface is just too small on the iPhone screen, and it can become troublesome to view any of the enemies, especially snipers. So, be warned, while the iTunes blurb claims to have ‘console’ quality graphics, these graphics will only be fully appreciated on the larger screen.

The audio at times can be rather annoying. The music is nice as a background, setting an anxious tone to the game. However, sound effects that accompany radar warnings, reloading, explosions and even certain gunfire can become a little overwhelming. Perhaps it is the eventual difficulty of the game, coupled with the tension-building soundtrack, but eventually the sound effects just make me overly frustrated. That being said, it does fit the theme of the game well, saving civilians in a dropship would be a rather stressful ordeal. 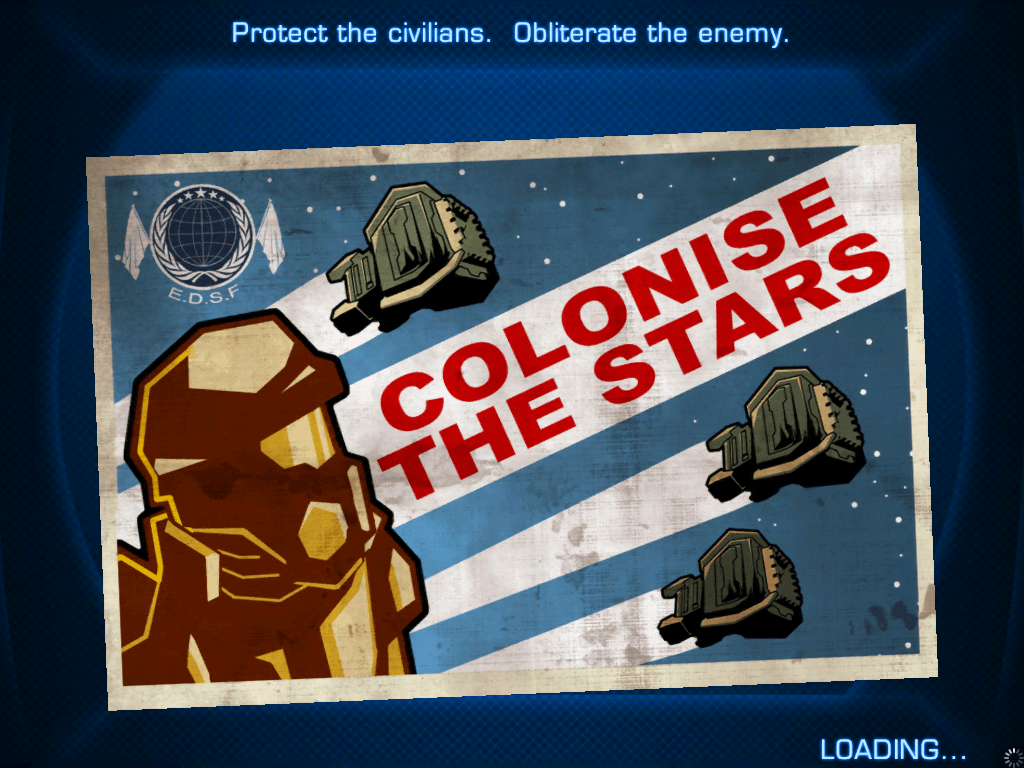 Razor Salvation clearly works better on an iPad. But this comes as no surprise, the high end, graphically stunning, large swipe based games like this always work better with the biggest screen. The controls may be a little uncomfortable at first, but if you give it some time the game comes to life. There is a great deal of strategy that goes into playing the game, giving it a high level of replay-ability.