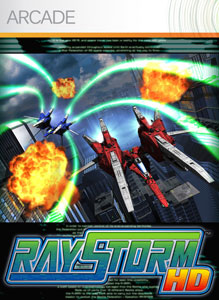 Overview:
Raystorm was first released back in 1996 on an arcade machine. In 1997 though it made it’s way to the home console on Sony’s Playstation. Raystorm was a traditional vertical scrolling shoot’em up game. Since then however Taito, the game’s developer, has become a part of Square Enix and have now released a new upgraded version of Raystorm.

Story:
The year is 2219, and space travel is a standard affair in life now among humans. So much so that Earth has been expanding to different planets and forming colonies on these planets. However due to the fact that these colonies are ruled under extreme martial law, a rebellion soon begins.

The rebels are able to conquer the Earth Alliance and have moved every human being on Earth to various colonies and now are planning on destroying the Earth itself. You are the only one who can stop it. Piloting an advanced ship combined from thirteen other ships you must destroy the forces threatening to destroy your home world. 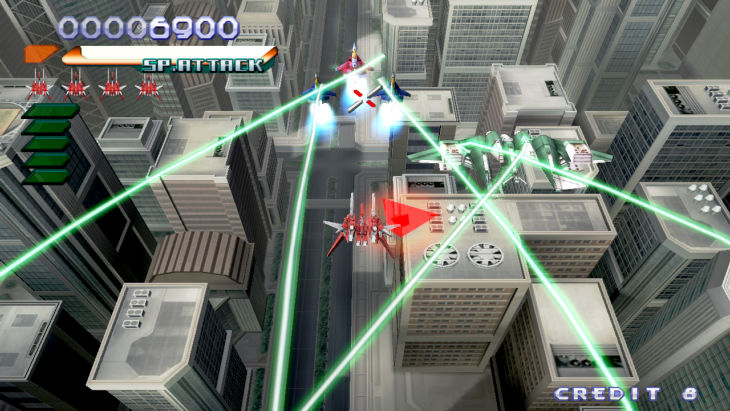 As far as stories go this one actually has some amazing premise and could have been developed much further with the inclusion of dialogue, or any actual story progression. The story itself is only there to set up the framework for what is going on in the gameplay. Not only that but it is not presented in the slightest during the game, barring a small ending mission log. The only way to discover what is happening in the story is to find it under the Help menu.

Graphics:
Perhaps the biggest upgrade between HD and the PSx version of the game is the graphics themselves. The overall look of the game has improved vastly over fourteen years. Everything appears cleanly upon the screen with no clipping issues or graphical problems, however upon closer inspection many of the ships and designs suffer from fuzzy looking polygons and look out of place over the rest of the world.

There are over eight different areas you will be flying over in Raystorm HD, and each one is extremely unique and amazingly well designed. Though there is no reason to worry about crashing into things, each area contains fine details which are easy to miss but contribute greatly to the overall product.

Each bosses appearance is unique, though one is used twice with a different color scheme. Not only bosses are unique however as you will be facing a multitude of varying foes with different appearances, not just palette swaps. These enemy ships however also suffer from polgygonal issues which is extremely unfortunate due to their interesting appearances. 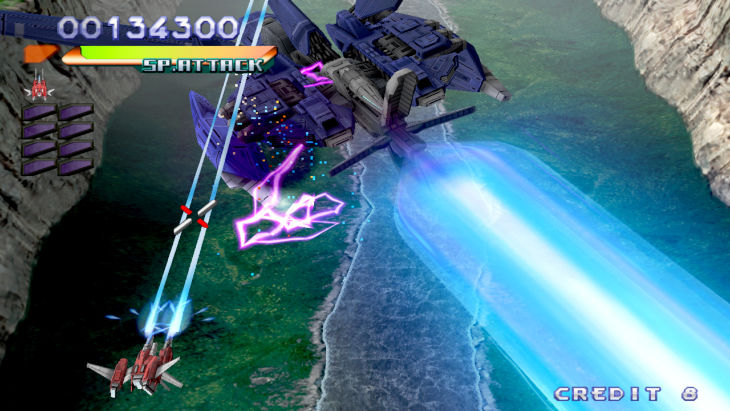 Gameplay:
As the pilot of these advanced ships, you have an unlimited amount of weapons at your disposal. Well, three weapons to be exact but an unlimited number of each. First you have your standard shooting weapon, creating a barrage of straight bullets fired ahead of you, ironically these should be the main weapon against enemies but they are far from it. This is due to the fact that because they are only straight shot weapons, they miss a large majority of foes which reside on the ground.

Then there is the laser weapon. This laser weapon locks onto your foes and delivers extreme damage to them, usually destroying them in one blast. With this weapon there you must lock on using the targeting system on the screen. These lasers are used to hit enemies anywhere from below you to eye level with your ship.

Finally is the ultimate attack of your ship, causing a wave of destruction and lasting explosions which will deal damage over time to larger foes, and eliminate any smaller in the area. However even though this attack is unlimited it requires charging to use. 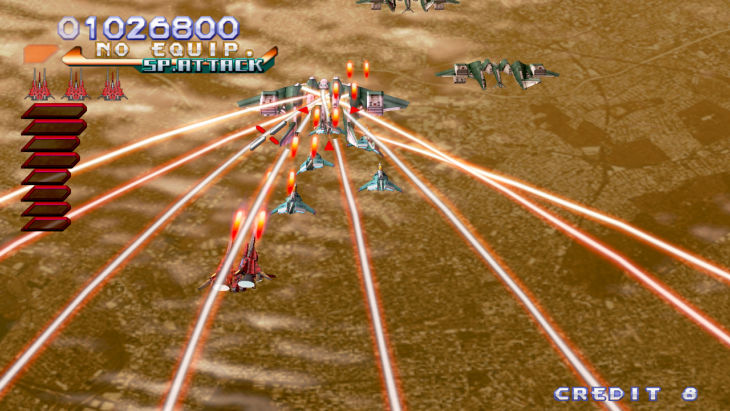 There are initially two different ships to choose from named R-Gray 1 and 2, though others are available for unlocking through certain conditions. These ships vary slightly with attacks which adds an interesting bit of forethought into which you wish to fly. These two ships are also the primary ones to use for the local multiplayer built into the game. There is no online functionality for the game minus leaderboards. This was unfortunately a let down due to the fact that teaming up with your friends over Xbox Live would have allowed for a lot more replayability.

There are three different modes to choose from as well, you have your standard arcade mode, an extra mode which includes a harder difficulty and more enemies, and finally a mysterious 13 ships mode which pits you against a large amount of foes with only a few lives left to use.

Speaking of lives, death comes down upon your ship like rain. Bullets and various other means of attack are launched towards the ship in potential screen filling amounts. Dodging these attacks is your only choice however as any attack that hits, is instant death. There are no shields in this game or health bar, one hit and your life is done. 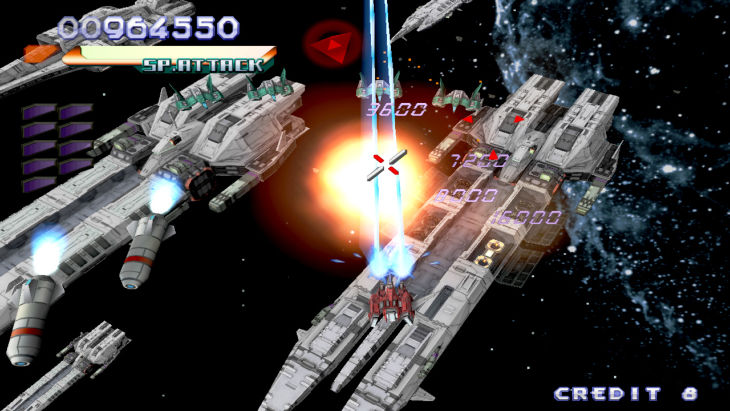 Overall:
Raystorm HD is a very entertaining vertical scrolling shoot’em up and one full playthrough of an arcade mode or extra mode will run at about a half hour. This is short for an XBLA game but it is far from short for a game of this genre. Unfortunately though there is no real story development and the graphics still aren’t quite up to snuff with other shoot’em ups currently on the market but if you are a fan of simple gameplay, or definitely if you were a fan of the original Raystorm, I wouldn’t recommend passing it up.